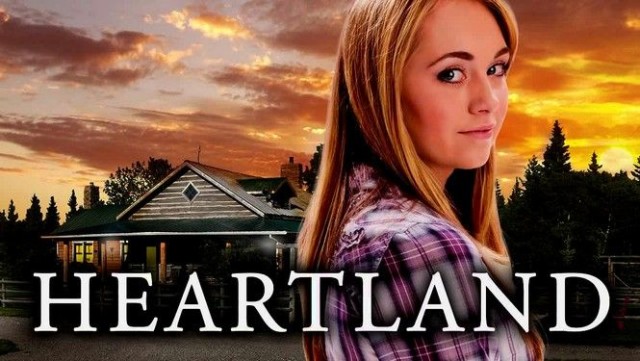 It should be noted that it was very hard for me to narrow this list down to ten episodes. This series has been on the CBC for almost a decade and every episode contains beautiful little moments between the characters. The early seasons are my favorites, because I am a huge Ty and Amy shipper. My husband and I even have a “Ty and Amy Day” we celebrate annually. It’s March 14th and my husband stays home to be a dedicated Horse Hubby, complete with long smiling stares from the arena rails as I ride.

Amy is beside herself, because in this episode Spartan — her #1 horse — is stolen. She is running herself ragged, attending every auction within a hundred miles in a desperate search to find him. When she finally spots him, he has already been sold to the lowest bidder and a former criminal with a vendetta against the Bartlett/Fleming clan. Amy and Ty wind up trying to steal Spartan back and Ty is caught red-handed. Being a former juvenile delinquent with a record, this doesn’t end well for Ty. The episode ends with Ty being bailed out of jail by Grandpa Jack and Amy begging for his forgiveness. Ty’s reply, “That he would do anything for her,” pretty much cements the fact that these two are an end game couple for the show. I also love the illegal shenanigans they get up to in the name of saving a horse — a common theme throughout the series.

This episode is a Ty and Amy love fest. For two seasons these two characters have been circling each other and – FINALLY! – they are ready to lay their cards on the table. The conversation is precipitated by Ty almost dying while they’re stuck in a snowed in remote cabin after taking hay to some wild horses, because … plot device. In the end, Ty and Amy tell each other ‘I love you’ for the first time.  Awwwwww!

This episode focuses on Caleb after he suffers a bad wreck at a rodeo while bronc riding. Unable to get back in the saddle due to flashbacks, he slips into a depression and is on the edge of addiction to his prescription pain pills. Tim, in a rare adult moment, knocks some sense into him. The characters Tim and Caleb are both so often used for the show’s comic relief, it’s nice to see their more serious side. Tim talks about his regret for his own mistakes – losing his wife and abandoning his daughters in the pursuit of rodeo buckles – and hopes that Caleb will do things differently.

This is yet another iconic Ty and Amy episode. Amy is pushed to compete in a Mustang Makeover style competition by Lou, but has some serious doubts about her colt taming skillz. Ty is the epitome of a supportive Horse Hubby. He tells her over and over how much he believes in her and her ability to work with horses. With their relationship a bit on the rocky side at this point in the series, it’s nice to remember that, down to his very core, Ty has absolute faith in Amy.

This one is rough, you guys. All of season 4 is like watching a ticking time bomb and that sucker finally explodes in this episode. Grant and Blair — Ty’s summertime traveling buddies — return to Heartland. Grant arrives first, punching Ty twice in the face as Amy looks on in horror. Then Blair rolls in acting totally nonchalant with an, “Ooops, I sort of lied and told Grant we hooked up. He might be mad.” In the end, Grant and Blair are back together and Ty and Amy are torn apart. Amy accuses Ty of hiding his “friendship thing” with Blair, while Ty is still furious about egomaniac Chase Powers kissing Amy after they performed a clinic together over the summer.

This episode should be retitled Epiphany, because it catapults almost every major character’s storyline forward by leaps and bounds. Tim shows his rarely seen serious side, when he decides to battle for custody of his son. Lou finds herself at a crossroads with Peter, certainly not for the last time, as she juggles motherhood and a full-time career. Last but not least, Ty and Amy realize that they need to be together. There’s a definite finality to the “will they won’t they” story arc during this episode that never returns … even during the heartbreaking torture that was season 8. When Amy puts that little promise ring back on her finger, it became apparent that, for better or for worse, Ty and Amy are together.

Spartan, with Mallory in the irons, lands badly after a jump and fractures his leg. This episode deals with every equestrian’s worst fear — potentially euthanizing a horse. I love this episode, because the whole team rallies around Spartan and Amy. Ty, almost a vet at this point, and Scott do everything they can to save Spartan’s life, while the Fleming/Bartlett clan console Amy.

In this episode, Ty and Amy are at a crossroads due to Amy’s job offer to travel with a prince on the European show jumping circuit. It’s a rough episode for the show’s main couple, but a brave one for the writers. They did their level best to present both of Amy’s options fairly, highlighting the fact that finding your soul mate when you’re young is terribly inconvenient. The final scene with Ty looking on as Amy jumps in a helicopter headed for a whole new future is pretty poignant.

After Amy returns from Europe, she’s not painted very kindly by the show’s writers. She is harried, impatient and acting like a total snob. She’s struggling to reintegrate into Heartland and her relationship with Ty. Everything comes to a high broil when the Prince shows up and proclaims his love for Amy, which, in Amy’s defense, is completely unreturned. The Prince also tells Ty “he’s always holding Amy back.” Ty head butts him in the face. It was amazing, entirely warranted and one of the few jaw drop moments of the series.

Ty and Amy get married, you guys! Spartan carries her down the aisle!

Need more Heartland? Check out one of these articles:

What are your favorite Heartland episodes? Give me a shout in the comments!