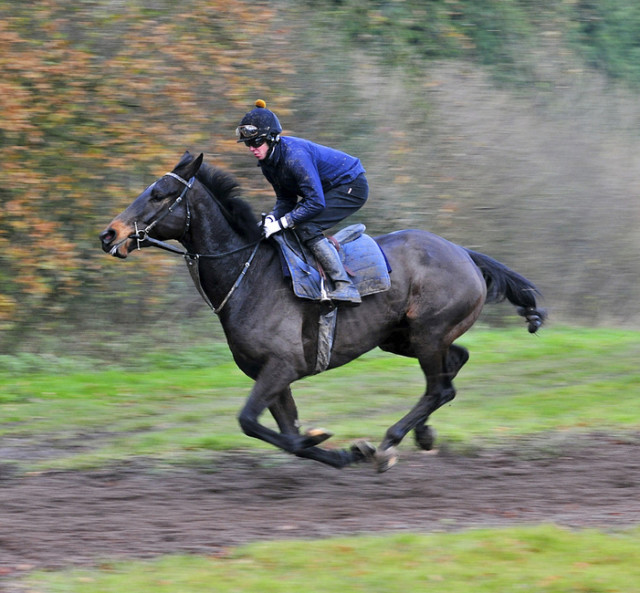 Just in time for Valentine’s Day, we’re looking at the heart — literally.

It’s February, the month where we celebrate everything that relates to hearts — so why not talk about the equine heart?

Ever hear the figurative term “that horse has a lot of heart?” That’s also quite literal — a horse heart weighs, on average, seven to nine pounds, compared to a human’s measly little half-pounder. Thoroughbreds’ hearts can weigh on average nine to eleven pounds, with exceptions weighing in up to a hefty 22 pounds (most notably the famous Secretariat). The “X-factor” gene can contribute to a particularly large heart, such as in Secretariat’s case. No wonder horses can outrun us — they have so much more heart.

A horse’s heartbeat averages around 40 beats per minute (or bpm) at rest, compared to a human’s 60 to 80 bpm at rest. Unusually fast heartbeats for horses at rest could mean the horse is sick, stressed, or excited.

A horse’s heart has four chambers, just as all mammals do — two ventricles and two atria– but unlike other mammals, horses have what are called Type B hearts. Types classified on how electrical currents are conducted through the heart. Type B hearts include electrical impulse fibers that penetrate deeply into the heart muscle. Humans, on the other hand, as well as dogs and cats, have Type A hearts. These also have conducting fibers, but they aren’t present deep in the heart’s tissue.

The Type B heart allows the horse to have the flight response capable of going from a resting 40 beats per minute to 300 beats per minute instantly, helping him flee from danger or burst out of a starting gate. (This also helps the horse spook and jump right out from underneath you when he sees a plastic bag blowing in the wind.)

Unlike humans, horses do not suffer from hardening of the arteries or heart attacks. Instead, they can suffer from atrial fibrillation and a condition called leaky valve disease.

Atrial fibrillation, or “AF”, is a condition where abnormal electrical impulses to the atria of the heart prevent normal contraction of the chamber, causing irregular and inefficient heart beats. AF is treatable by a veterinarian-prescribed antiarrhythmic drug that corrects the abnormal rhythm. Sometimes a horse can get so stressed from a normal vet check-up, their heart will skip beats, causing a misdiagnosis of AF.

Leaky valve disease is a common heart condition that affects older horses. The mitral valve that separates the left ventricle from the left atrium sometimes begins to degenerate as the horse ages. This degeneration affects the function of preventing backflow when the blood is moving between chambers, causing heart murmurs. Although there is no cure for leaky valve disease, many horses can live a long time and still be ridden.

To sum it up, horses have a far superior heart than humans when it comes to athletic capability to run and travel for long distances — which is the “heart” of the reason that we so love riding them.

Heart of a Horse: Kent Feeds