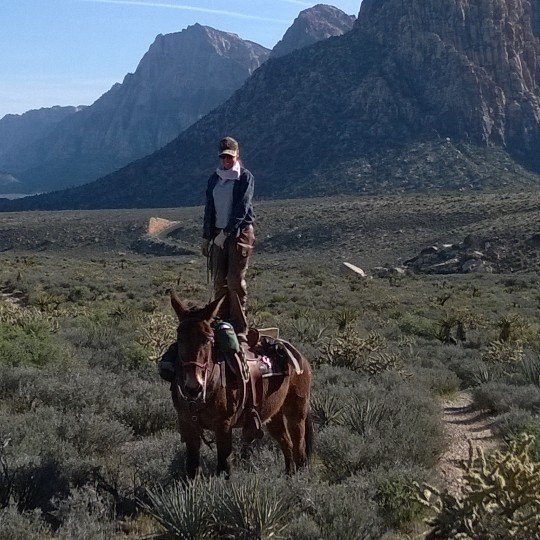 Unless you’ve been living under a rock these past 10 years, you know how many sites are dedicated to selling horses.  Turn on your computer or cell phone and you literally have thousands of horses to choose from any given second. So many of them seem so dreamy, so ideal, so perfect. Words like “bombproof”, “husband-safe” and “babysitter” are thrown around all over the place. While some of these horses might truly be ideal, most of these horses are overly-glamorized so people can sell them as quickly as possible. Shoot, I was a horse trader myself (check out some of my original “honest ads” here.) Unfortunately, it was a profession pretty short-lived, since I was a little too honest.

I decided to write ads about my little herd: these are just a hypothetical; my guys are NOT for sale. I love them to the moon and back. They are perfect for me, and I wouldn’t want them any other way. I just want to show how each animal can be advertised  with rose-colored glasses on, or be seen at face value.

The first ad about each is what you probably would normally read if someone else was selling them. The second ad is much more realistic. While they are all honest, the second ads in each set are a little too honest — no one’s going to want to buy an animal with a description like that!

Dylan is registered Quarter horse out of the Skipper W line. He’s in his early 20s. Beautiful sorrel color, perfect conformation, cute little ears. Dylan comes to you every time you enter his corral. He is well-broke and the perfect babysitter. He would be great for your husband or kid, even grandma! He’s a perfect height of 14.2h, and is super-duper sound. He trailer loads, stands tied for hours, is easy to bathe, picks up all 4 feet, and is an easy keeper. He has been trick trained and can bow and shake hooves on command.

Dylan has been there, done that, and wrote the book. He knows the barrel and poles pattern, can work a cow, has been roped off of and will also ride English or bareback. He was been jumped in the past up to 2 feet. He walks, trots, canters, knows his leads, can do flying lead changes, side-passes, pivots on the forehand and hind quarters, and collects nicely. He’s calm and level-headed, and will ride alone and with groups equally well. He crosses water and is as surefooted as a mule in the mountains. He will lead a pack string, or follow nicely in the string. He will pack game or supplies.

Dylan is an all-around super horse and will make anyone proud to own!

Dylan is a registered quarter horse out of the Skipper W line. I think Skipper W was his grandfather’s long-lost second cousin. Unfortunately with his breeding, he is a jack of all trades, but master of none.

Dylan is 23 years old and has pretty good conformation … under saddle. Take off the saddle and you will be in awe that his swayed back almost touches the ground.

Dylan is sound barefoot, thank God, since he’s horrible to shoe. After going through about 10 different farriers over the years — for some reason they all changed their numbers and I could never get ahold of them — I decided to keep him barefoot.

Dylan will come to you in the corral every time you enter if he thinks food is involved. Walk in the corral with a halter and lead rope, and poof, like David Copperfield, he disappears. He stands tied all day long, but sometimes pulls back so hard, I would think he was trying out to be an NFR roping horse.

He’s safe for anyone to ride, since no one can get him to move, unless you have Suzanne Somers’ ThighMaster thighs.

I have dabbled in barrel racing, team penning and jumping with him. Unfortunately, he sucked in all those avenues so I just settled for him being a trail horse.

He rides alone well, if you can actually get him to move. He does do great up in the mountains and is as sure footed as a mule, and twice as stubborn.

He is great up in the mountains: he will pack your game or supplies, he loves to go camping and he loves to go trail riding. He’s about as bombproof as you can get, and rarely ever spooks. You can pony off of him, and he does excellent in a pack string.
He stands great for the farrier, trailer loads, stands to be bathed and comes when you call him. He loves any type of attention and is always the first one to meet you at the gate. He would be a great first mule for anyone. He always wants to please and be the center of attention!

Mr. Mule is so old, the vet estimates he was around before the dinosaurs walked the earth. His bottom front teeth were removed this past year from decay, but he still manages to eat all his food like he’s at the last supper.

He does have a major case of ringbone in both feet. Surprisingly, he is super sound and can be ridden day after day, all day long without missing a step, but it does look like he’s smuggling golf balls underneath his coronary bands.

Mr. Mule is overly affectionate, and has to be the center of attention at all times. No matter how many times you try to teach him about ground manners, he will never learn.

He is a little too smart for his own good and has been known to open doors and walk down stairs to get into trouble.

He’s very surefooted on the trail, will ride alone and will pack and pony. He stands for the farrier, clips, bathes, and LOVES to pee in the trailer.

He’s packed around many beginners, and is a safe as a ride you can get  for anyone wanting to ride a thousand pound animal with a mind of their own.

Worried Man is a 16 year old john mule, 15.1h with 4 white socks. He will ride or pack. He’s quiet, friendly, and has great ground manners. He ground ties and is gun safe.

He has packed out lots of game and supplies and follows nicely in a pack string. He’s excellent in the mountains, and is super sure-footed. He trailer loads, neck reins, stands for the farrier, and clips. He loves little kids and gets along with everyone, 2 legged or 4 legged. He does need some maintenance for his joints because of his age, but don’t let that deter you!

He will come when you call him, and he loves his ears and butt scratched!

Worried Man is a 16 year old john mule, 15.1h. Worried Man has never taken a sound step in his life. He has ringbone in his front left hoof and arthritis in his right front knee from an injury when he was a baby. His front legs are so messed up, one is even longer than the other. I’ve tried every bank-draining fancy supplement and injections with no luck. I would call him a gaited mule, since he has his own special way he “gaits” along.

Since he’s had his leg issues about as long as he’s been around, he hasn’t let that slow him down. He actually pouts if doesn’t get to go riding. He has a super smooth trot and lopes effortlessly on both leads.

He has been used for hunting and packing and is fine around gunfire.

He stands for the farrier, picks up all 4 legs, hates baths, and clips fine. Trying to worm him is like trying to wrestle an alligator, but don’t worry, he eventually gets tired and gives in after a couple of hours.

Worried Man has a cute bray that can carry for miles. He especially loves to bray when you try to sleep in. No need for an alarm clock with Worried Man around!

If you want to make sure you’re utilizing every trick in the book, don’t miss these:

Happy Shopping! Join the fun: write an “honest ad” for your horse in the comments section.