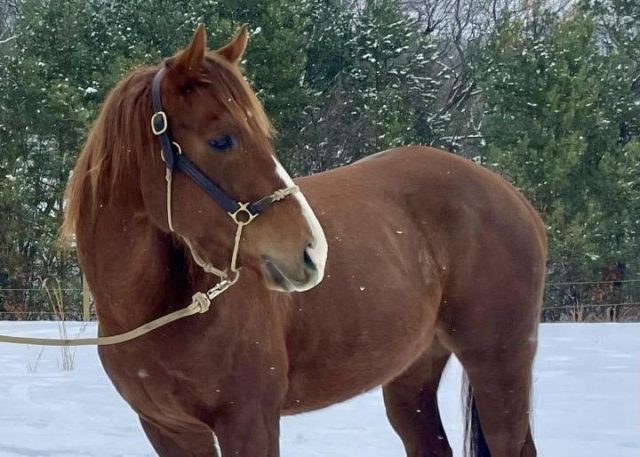 Santa’s helpers come in all shapes and sizes. At Marcella’s barn, Santa’s biggest helper is Funny Bunny B, a patient off-track Thoroughbred who keeps the littles busy while everyone else prepares for the holidays.

The holiday season is in full swing. At this point, most are attempting to get their shopping done, many are mediocrely wrapping their children’s Christmas gifts and some have had WAY TOO MUCH spiked eggnog. While everyone is rushing around trying to tie together loose ends before Christmas morning, one of Santa’s helpers is performing an important job.

You’d think it was one of his elves, Rudolph or maybe Mrs. Claus, but it isn’t anyone or anything even remotely close to the North Pole. Santa’s helpers aren’t exclusively stationed in the North Pole, they’re everywhere. They’re parents, Elf on the Shelf, employees, and in a small town in Pennsylvania, an Off-The-Track-Thoroughbred named Funny Bunny B, aka Buns. 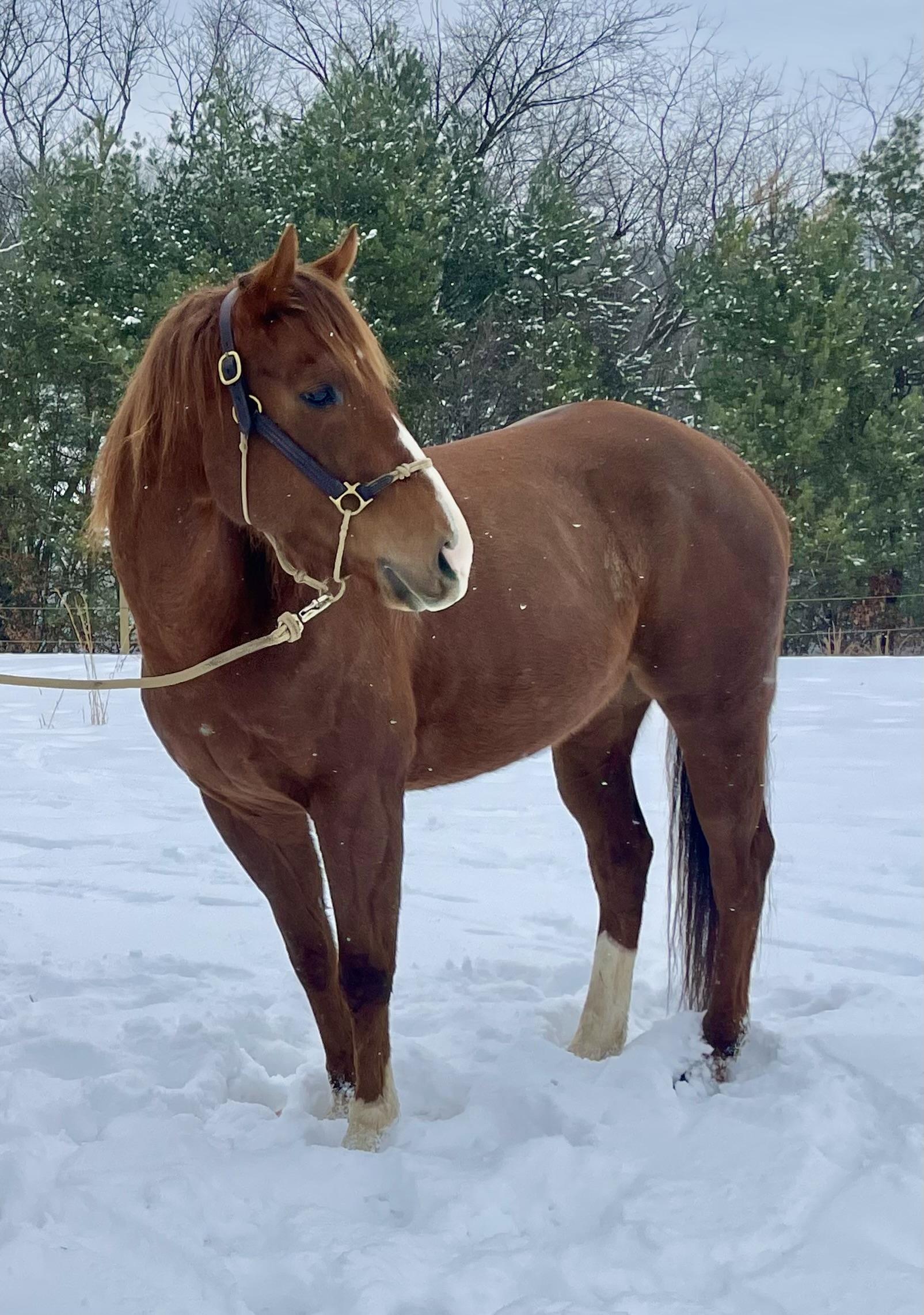 Buns has a very important job in our household. He babysits my nieces while my sister and I wrap presents, tuck the presents away in a safe hiding spot and bake Christmas goodies. Buns never fusses over the position he has. He’s happy to have their attention and tote them along.

He gets pampered by being provided with the most luxurious grooming. From head to toe he is brushed, his mane is freshly braided and he’s fed more peppermints than he can fathom. All while standing in the barn aisle on his best behavior.

When they’re done with that, Buns indulges in barn aisle dance parties, roping competitions and child foot races while one of them drags him along. The girls climb on his back, ride him around and there’s no worry from anyone that he’ll misbehave. 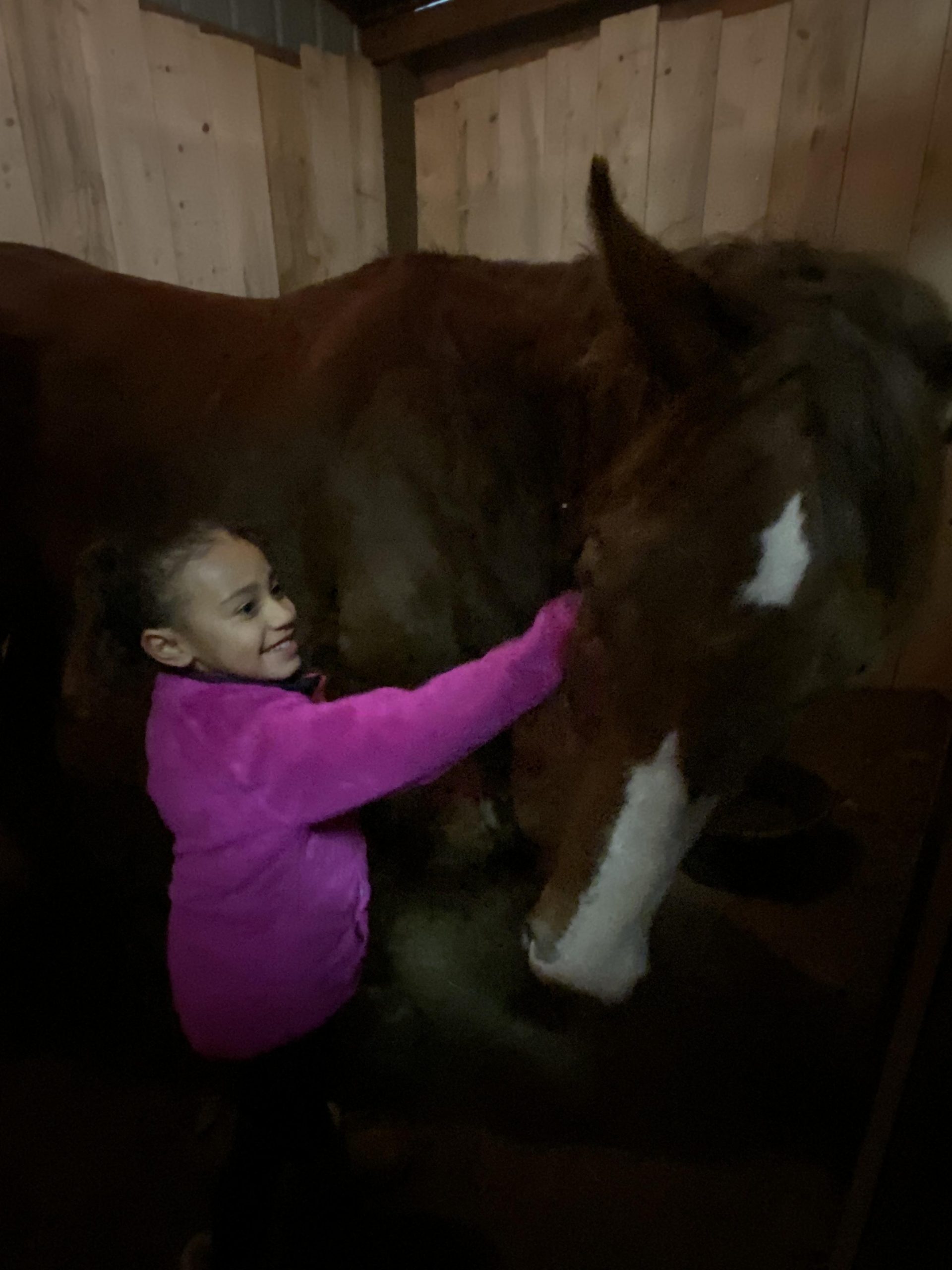 He’s Santa’s greatest helper. He spends hours with the girls, allowing Kait and me to prepare for Christmas. I don’t think one of Santa’s elves, and possibly not even Santa himself, could wrangle the girls and keep them occupied for that extended of a period.

If Buns wasn’t around to be Santa’s greatest helper, all the toys most likely would be wrapped in old feed bags and the sweets table would have a spread of cookies and pies from the local Walmart. If there were no Buns to aid with babysitting, the girls would wonder why every year around the holidays mommy turned into the Grinch.

To put it lightly, mommies need a break from the holiday hustle and bustle. The shopping, the wrapping, the baking, the decorating, the engaging with family you don’t particularly care for — it’s all draining. Sometimes mommies need a little bit of alone time to reset and power through the rest of the holiday season.

Thanks to Buns, that time is granted. He pulls our own version of a “one horse open sleigh,” dresses up like a reindeer and spreads joy to all who know him. Quite honestly, I prefer Buns over old Kris Kringle. He isn’t as creepy and his face is a whole lot cuter. I never met a child who cried when they sat atop Buns. St. Nicholas ,on the other hand, has a plethora of children who cry as soon as they see that straggly beard and big ole’ belly.

Buns has a more natural red suit, a cuter pink nose and you don’t have to leave him any milk. Quite honestly, he should be Santa’s protege. I mean, Santa should be thinking about retiring, right? He’s only been doing the job since the fourth century AD. Someone really needs to mention to him that his term’s up and it’s time to let someone younger and more able to do the job.

However, rethinking this possible new position and Buns’s resume to adequately fill it, I don’t want to let him go off to the North Pole for extended periods of time. I’m selfish and I want him and his secret Christmas position at our household to be shared only by my family and friends. Also, he can’t even handle 20 degree weather. I don’t think he’d fare well in the North Pole. 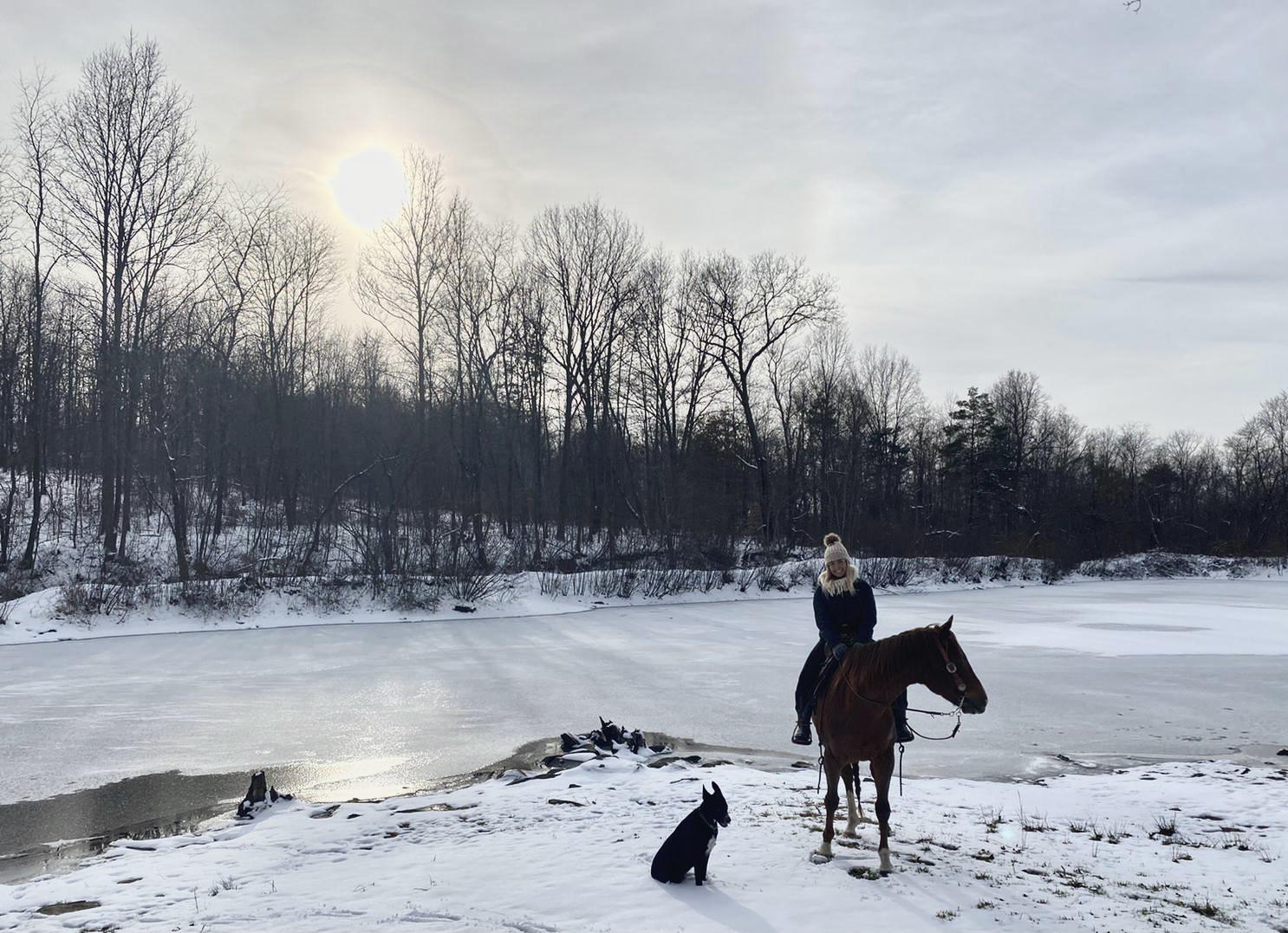 I hope each and every one of you have one of these Santa’s helpers in your barn. If you don’t, I’ll be praying for you because I know everything that comes with the holidays is enough to send a person to the nut house. These Santa’s helpers really do keep you out of there.

Whether or not you have a Santa’s helper of your own, children to wrap for, bake cookies or enjoy the forced family time, my herd and I would like to extend a warm holiday greetings to you all. May you enjoy your holiday and eat one too many plates of food!