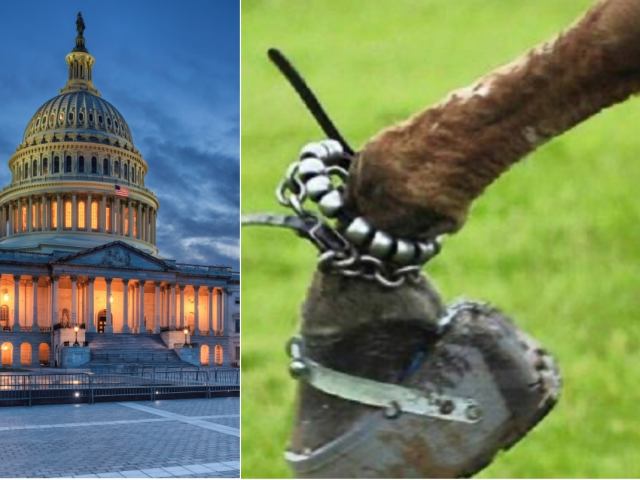 December 13, 2022DeAnn SloanContributor#PAST ActComments Off on PAST Act Passes U.S. House Again but Falls Short of 2019 Vote as It Continues To Lose Steam

As the embattled PAST Act continues its rounds in Congress, progress is till delayed. Animal Wellness Action’s Marty Irby offers his take on why more steps forward have not been taken. 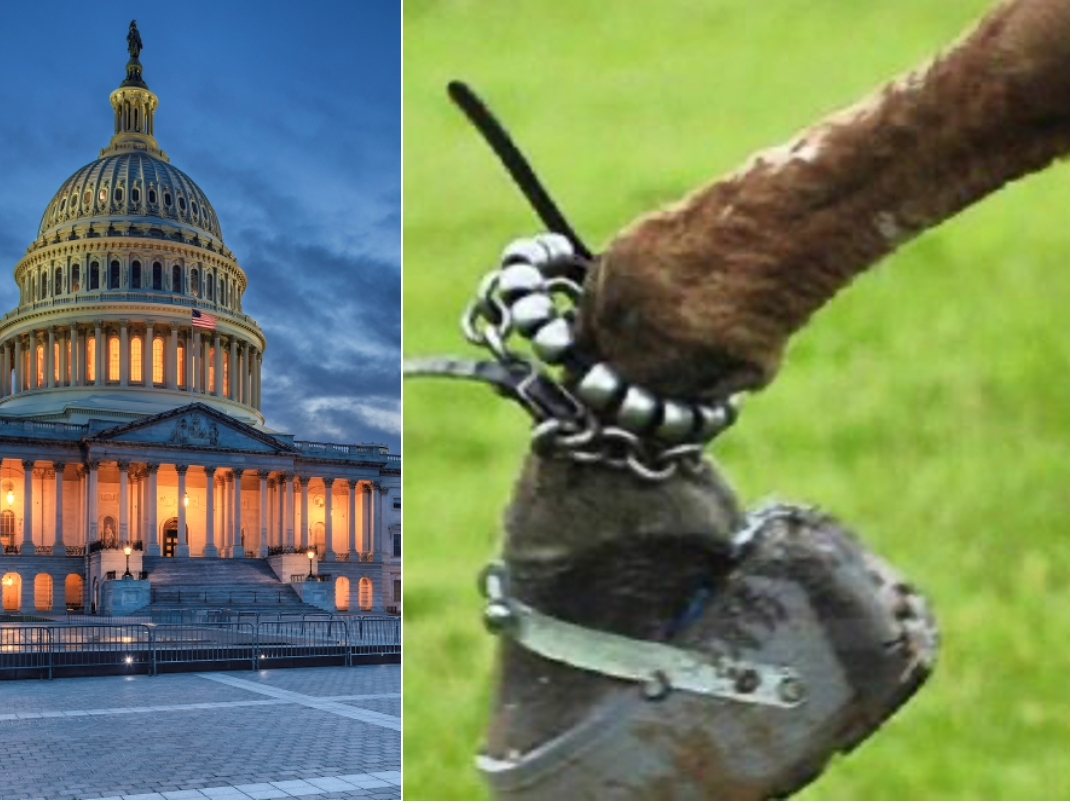 Ten years ago this fall, a Republican Congressman from Kentucky and a Democrat from Tennessee – Reps. Ed Whitfield and Steve Cohen – introduced legislation in the U.S. House of Representatives to help end the most egregious of abuses in the show horse world: the painful scourge of soring that’s been a moral stain the horse industry since the 1950s.

Soring is the intentional infliction of pain to Tennessee Walking, Racking, and Spotted Saddle Horses’ front limbs by means of applying caustic chemicals such as mustard oil, croton oil, or kerosene to the skin or by inserting sharp objects into the hooves to induce an artificial, pain-based high step known as the “Big Lick” that’s prized in Tennessee, Kentucky, North Carolina, Georgia, Alabama, and Mississippi, where the Big Lick was on display in Tunica a few weeks ago.

When that legislation – now the Prevent All Soring Tactics (PAST) Act – was first introduced, it created quite an uproar in the world of Tennessee Walkers. I know because I was president of the Tennessee Walking Horse Breeders’ & Exhibitors’ Association (TWHBEA) – the breed registry established in 1935 – at the time and saw it first-hand as I was closing out my last few months in office in 2012. The scene at TWHBEA’s annual meeting that December was heated much the same as the TWHBEA meeting in 1960, according to Sports Illustrated’s account. And in every decade since then, the headlines have read nearly the same as little has changed.

Quite honestly, it’s a painfully fascinating story of obstructionism and has been a political science lesson none of us ever wanted to learn. Despite 308 House and 60 Senate cosponsors on the PAST Act at its height, the measure has yet to be enacted because of opposition from all of the primary organizations within the breeds that the legislation impacts, and many of the Members of Congress from Kentucky and Tennessee.

And despite commanding support in both chambers of Congress, and a Democrat Secretary of Agriculture under President Obama who had authority to take action on the issue through regulatory channels, reform has been stymied time and again.

I have more “skin in the game” than most due to the unfortunate series of events that came as a result of my public support for the PAST Act in 2013. And I’ve lobbied to pass the PAST Act more days than I can count in thousands of meetings on Capitol Hill. From the beginning, for me, my support was about seeing the breed thrive and flourish in its natural form without the gross manipulation of the horses’ inherent gait that the Big Lick and soring has exaggerated. For nearly 70 years, this abuse has continued. 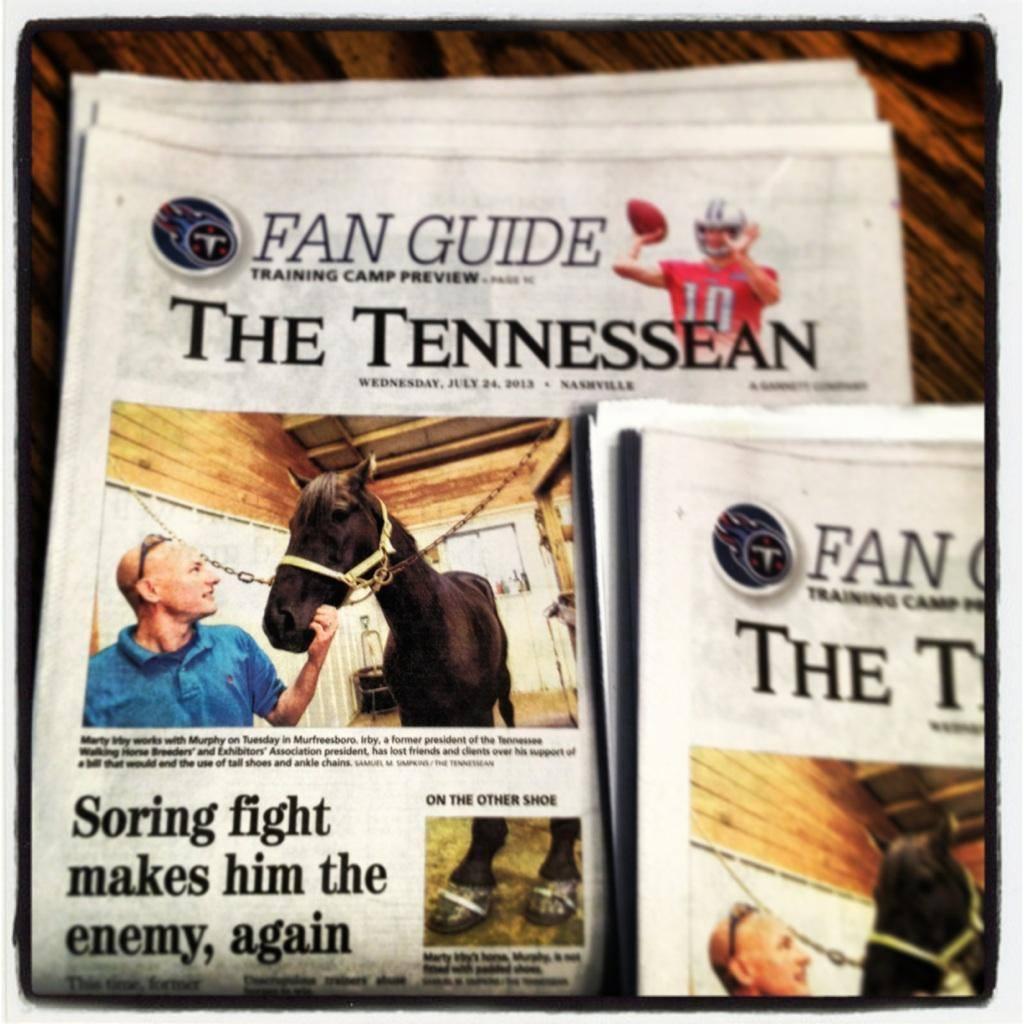 Front cover of The Tennessean on July 24, 2013 featuring Marty Irby and Tennessee Walking Horse ‘Murphy,’ following Irby’s endorsement of the PAST Act. Photo by Marty Irby

But the PAST Act has not been able to get over the finish line, only seeing action on the House floor of in 2019 by a vote of 333 to 96 with 308 cosponsors that came thanks to a new rule requiring legislative action when a bill amassed 290 cosponsors and again on November 14th by a vote of 304 to 111 with 263 cosponsors this time. The latest vote proves the PAST Act has clearly lost steam and support after a decade with little action. And it’s never seen the light of day in the Senate.

It’s very clear that the issue of soring is at a stalemate. That’s why we worked with leaders in the breed on changes to the legislation following the bill’s passage in the House that would have gotten the measure passed in the Senate in 2020. But one more time, obstructionism prevailed, as some animal groups opposed any effort to modify the bill and created enough dissension that lawmakers wouldn’t agree to revisions to PAST that would have made it more palatable for the opposition.

The 117th Congress (2021-2022) is the first time since PAST was introduced that Democrats have controlled the House and the Senate – and the White House to boot. But they waited until the last six weeks of the Congress to hold a floor vote on the bill in the House, despite near unanimity among Democrats in cosponsoring the legislation. Now that the bill has passed the House again without changes acceptable to the Senators from Kentucky and Tennessee, it won’t get a second look in the Upper Chamber. While some have celebrated a win in the House, I know that in our democratic process, passing a bill in one chamber doesn’t get the job done, and it’s not fair to mislead advocates giving false hope that the bill will pass the Senate as is. 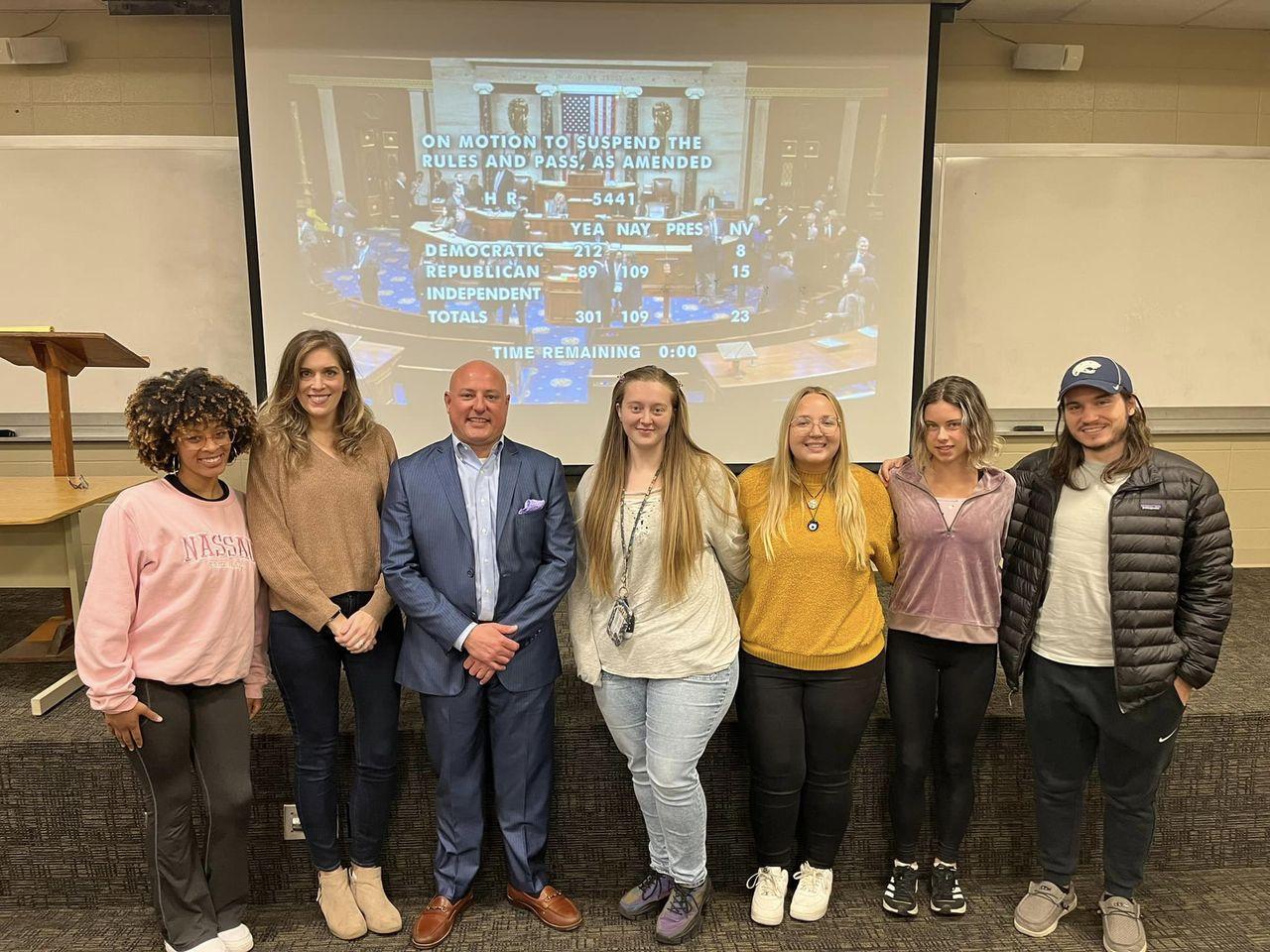 Marty Irby, Faculty Advisor Heather Dail, and students at the University of South Alabama following a presentation by Irby on the PAST Act and other animal protection issues on the night the bill recently passed the U.S. House, November 14, 2022 where students watched the vote live. Photo courtesy of Animal Wellness Action.

With Republican gains in Congress in the recent election that has clearly secured a majority in the House, there may finally be more of an incentive to compromise and establish a national ban on horse soring in 2023, and we’ll be waiting to take action when that day comes. There’s a good shot at getting compromise legislation included in the upcoming Farm Bill that must pass in the 118th Congress if everyone can come together and put the welfare of the horses first.

If those who previously opposed revisions to the bill continue to hold onto a “no amendment” strategy, the PAST Act as written will continue to be nothing more than a worn-out messaging bill, disappointing advocates around the nation who rightly cannot understand why justice is so long delayed for these noble horses.

Marty Irby is the executive director at Animal Wellness Action in Washington, D.C., a former 8-time world champion equestrian, and a past president of the Tennessee Walking Horse Breeders’ & Exhibitors’ Association who was honored by the late Her Majesty Queen Elizabeth II in 2020 for his work to end soring. Follow him on Twitter and Instagram @MartyIrby