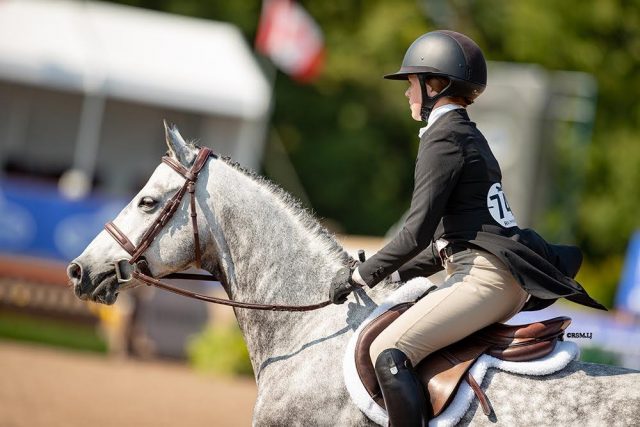 November 3, 2022DeAnn SloanContributor, SponsoredEquine health, HaygainComments Off on Beyond Soundness: Looking at the Bigger Picture of How My Pony Feels Every Day

Twelve-year-old Holly Heikkila learns early the importance of paying attention to her horse’s health. Read about how steamed hay helped her pony feel his best (and helped her qualify for The Royal Winter Fair!). 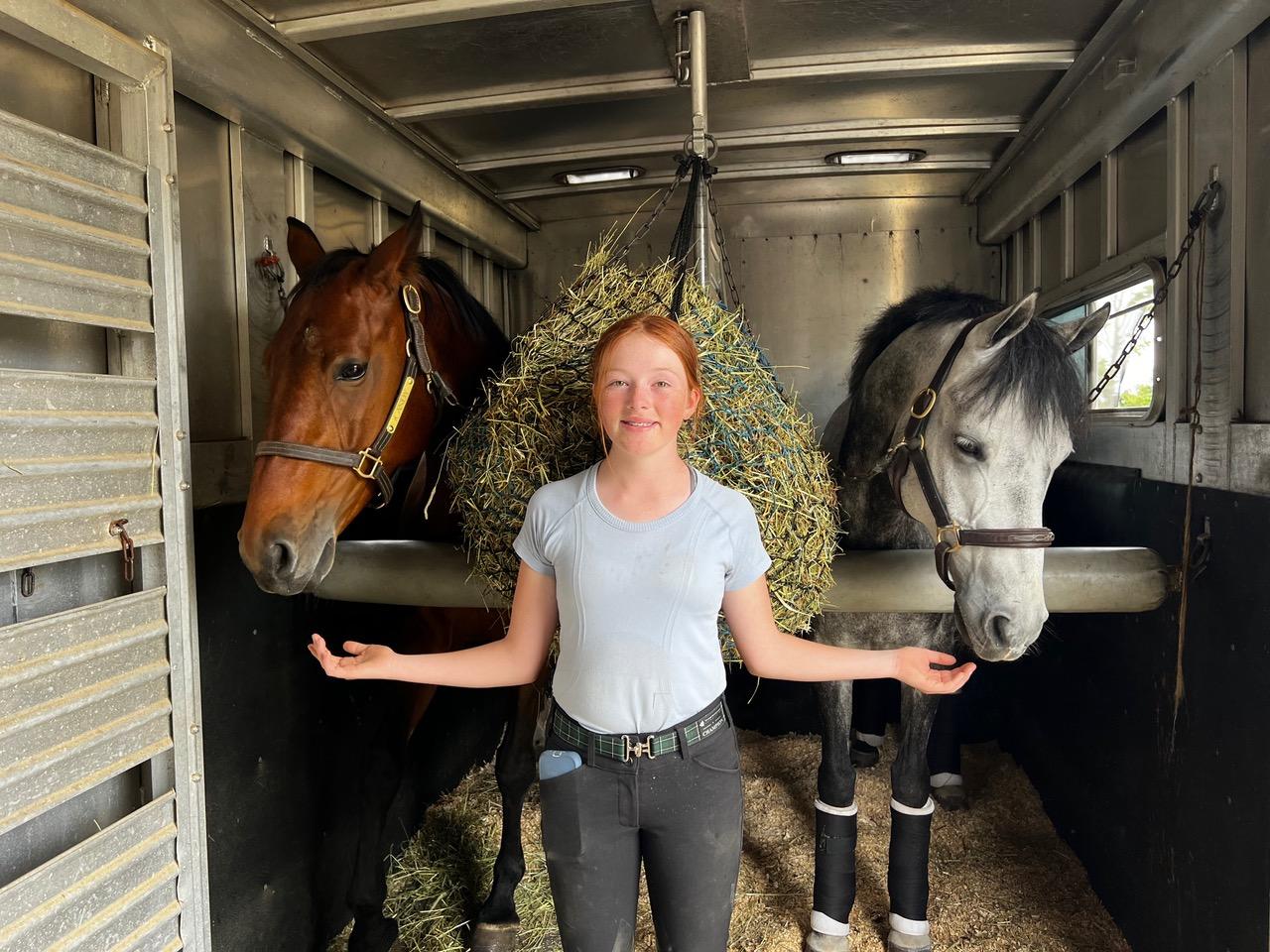 As equestrians we are very in tune with the day-to-day soundness of our horses and we are always on the lookout for any changes. Every single ride always starts with the same question from my coach, Cathy Inch: “How does he feel today”? Until recently my focus was always limited to thinking of my pony’s soundness from a movement and gait perspective.

That was until the very last show of the season.

I am 12 years old and I ride a pony named Leroy Brown in the Large Pony Division on the Ontario A Hunter/Jumper Circuit.  Leroy and I have been together since 2020 and we have been working for two years towards our goal of competing at the Royal Winter Fair and Canadian National Championships

To say that qualifying for the Royal Winter Fair is tough would be putting it lightly.  There are only eight spots for Ontario and no shortage of talented horse/rider combinations. By the end of the season, Leroy and I were sitting in fifth place in a very close points race. Our spot at The Royal was not guaranteed.

And Then Everything Changed

Heading into September, Leroy developed a very mild cough. In the beginning, he coughed maybe once or twice a day and just in his stall. Within two weeks, everything changed very quickly for Leroy, and by the last two shows of the season he was coughing a lot in his stall and while I was riding him.

I felt like my pony couldn’t catch his breath without coughing and we ended up scratching from two classes our last week of showing. The Large Pony Division is so competitive, making the decision to scratch with national points on the line was difficult, but I had to put my pony’s health first.

Leroy was examined right away at the show. Our vet explained that Leroy’s condition didn’t appear to be caused by a chronic disease like heaves. Instead, he was likely experiencing inflammation in his airways from a virus or bacteria, and we needed to manage his environment very carefully to help him recover.  She explained that even though the hay quality at the show was okay, there are respirable particles in all hay that would make it difficult for Leroy to recover unless his hay was steamed.

I ride at my grandparents’ farm, Foothills Farm, in Northern Ontario, and their farm has a large Haygain Hay Steamer. We have very good hay, but the steamer improves the quality for any horses that are sensitive to dust or have allergies. Once Leroy was back home and had access to steamed hay, his breathing immediately improved.

DIY Steaming Is A “Don’t”

I realized that I needed to be able to steam Leroy’s hay at horse shows and taking our larger model on the road was not an option. I have career aspirations of becoming an engineer, so we decided to try to build our own hay steamer using a wallpaper steamer, milk crate and a garbage can. It might sound funny, but I was very determined.

Unfortunately, while our portable steamer invention worked to “steam” the hay, it did not meet the performance specifications I needed to properly address the respirable particles in the hay at shows. My homemade steamer lost too much heat because the hose was too long and it was not insulated, so I wasn’t able to produce the extremely high temperatures similar to the Haygain steamer.

This happened in early October with the Royal Winter Fair only a month away. I knew that our horses at home needed the larger Haygain Steamer, so I reached out to Haygain for help. Haygain has a model that is purpose-built for traveling to shows. It is the HG ONE model and I knew that I needed to find a way to get my hands on one for Leroy.  With money I personally saved, help from family and friends, and the support from Haygain, we are now equipped to steam our hay at competitions and at home.

Steaming our hay had the biggest impact on Leroy’s health, but there are other tactics you can use to help make the entire environment better for your horse. Here are a few of the things you can implemented in your program:

I am happy to report that Leroy is fully recovered, but the experience of learning about the impact hay quality has on overall health and performance has had a lasting impact on me. I know that I will be incorporating steamed hay into the stable management for all of my horses moving forward.

We did wind up qualifying for The Royal Winter Fair and we’re heading off to it this week. We’ll be there with steamed hay and a broader understanding of all the things that allow me to say “Great!” when my trainer asks how Leroy is feeling. 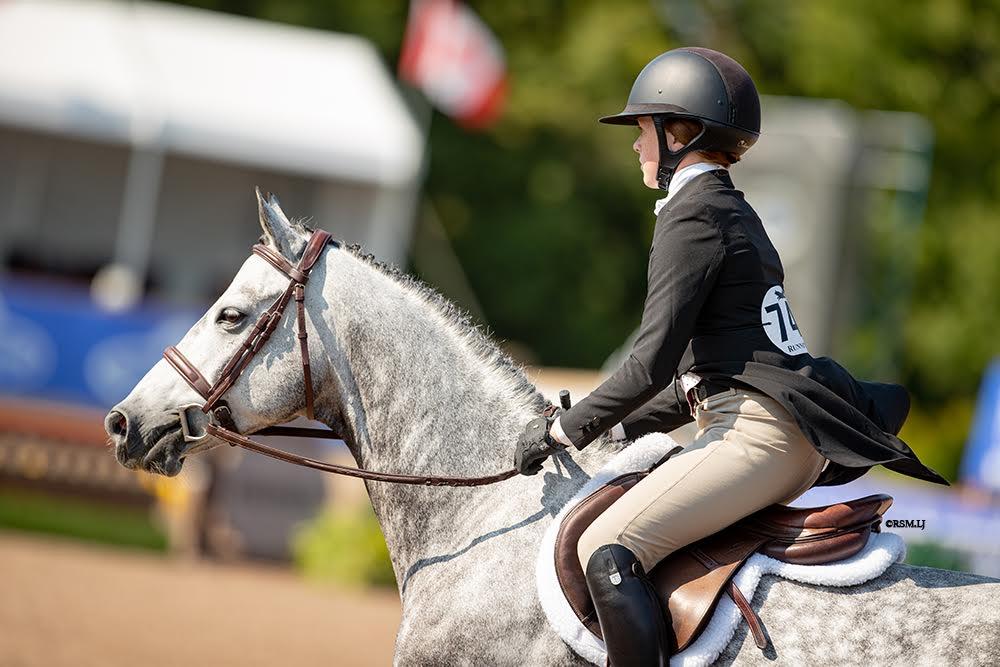