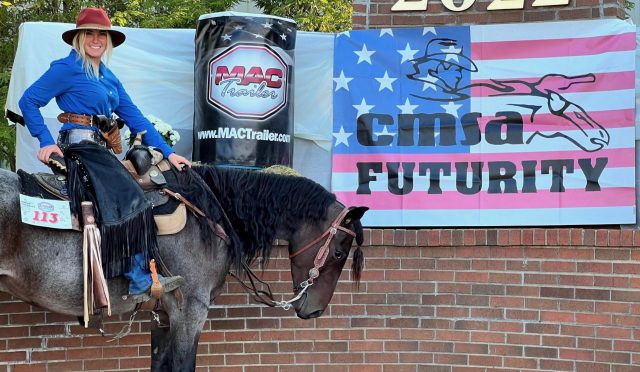 “There were maybe three other riders in the warm up pen with us and without warning I vomited right off the side of my horse.”

When I bought Payco as a two year old, I had one major goal in mind — to compete in the Cowboy Mounted Shooting Association Four Year Old Futurity. All the decisions I made for Payco until that point had that goal in mind. 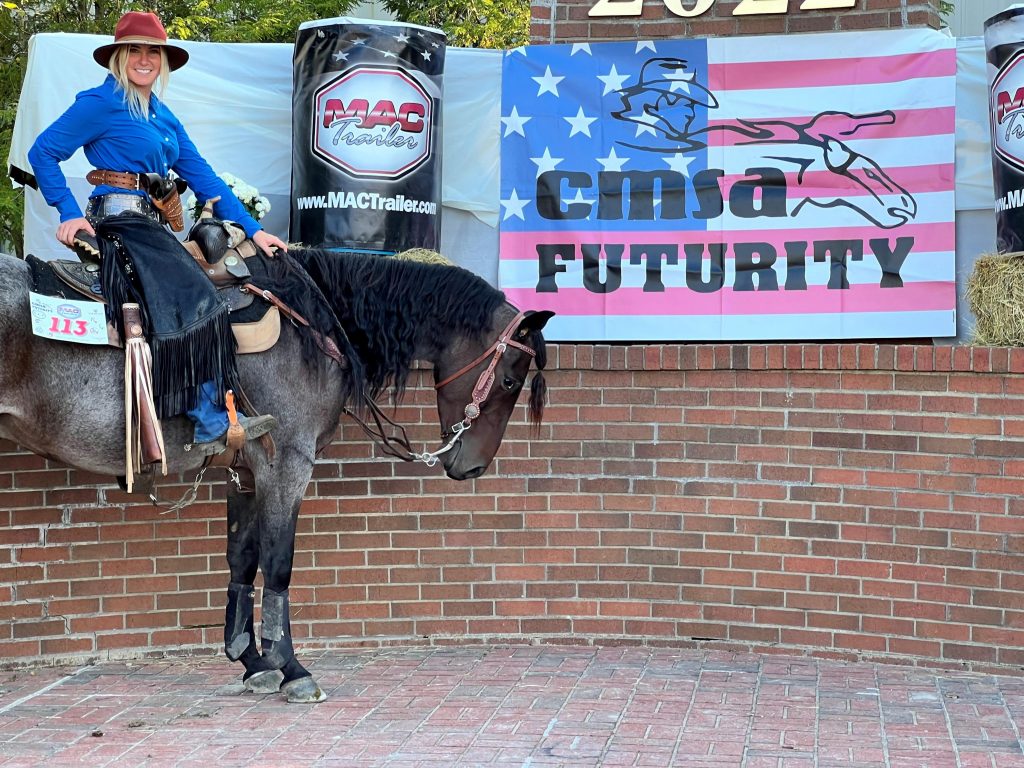 However, as I neared the competition my goals changed. If you’ve been following our story you know that I broke my foot at the end of June. This took my goals from placing in the top five to just being able to make the trip to Tennessee and compete. Luckily for me, my physician agreed that I could travel down and compete as long as I put my boot back on after runs and didn’t “over do it.”

That’s about the only luck I had for the week. When I arrived in Tennessee I was optimistic that it was my and Payco’s time to shine. We were going to have great runs and I was going to have a fun filled week with my friends. I did everything in my power to make sure my foot would hold up for the week of festivities.

My friends Jared and Cara Penley let me use their Theraplate to promote healing. This gave me a strong start to the week. However, after a weekend of riding two horses per day my foot felt weak. I was fortunate enough to have my friend Liz Brockert Magnawave my foot. This gave me the boost I needed to feel ready for Payco and me to go out there and be rock stars in the arena. I have to chuckle to myself because I was SO wrong. My thoughts turned out to be farfetched daydreams. 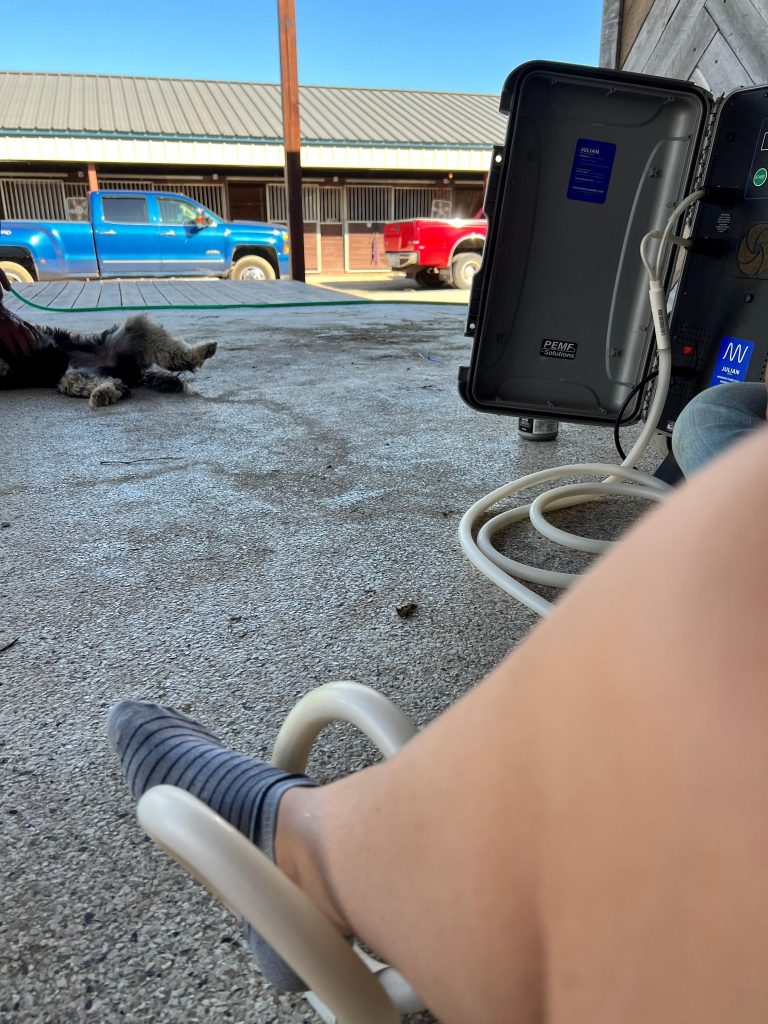 On Wednesday, the first day of Nationals, I fell ill. I became extremely sick — sicker than I’ve been in a really long time. It all started with a sore throat. Then came the aches, chills, weakness, headache, cough, nausea and vomiting.

I joke it was because of the chicken I ate from some street corner in Nashville at 3 o’clock in the morning while I was drunk, but it was most likely a bug I picked up while dancing in the bars. One of my friends dropped off a COVID test while I felt like death in the trailer and, to my surprise, it came back with negative. Maybe it was just the good ole Flu.

Whatever it was, it wiped me out. Come Thursday I was extremely sick and the last thing I wanted to do was throw myself up on a horse. Having a weak right leg and then being weak from whatever I had contracted led to some less-than-desirable runs. Even Buns wasn’t as spot on as usual because I just couldn’t cue him. To be quite frank, my runs were $h!+ shows. The turns weren’t tight and I missed SO MANY balloons. However, both Buns and Payco kept me safe. 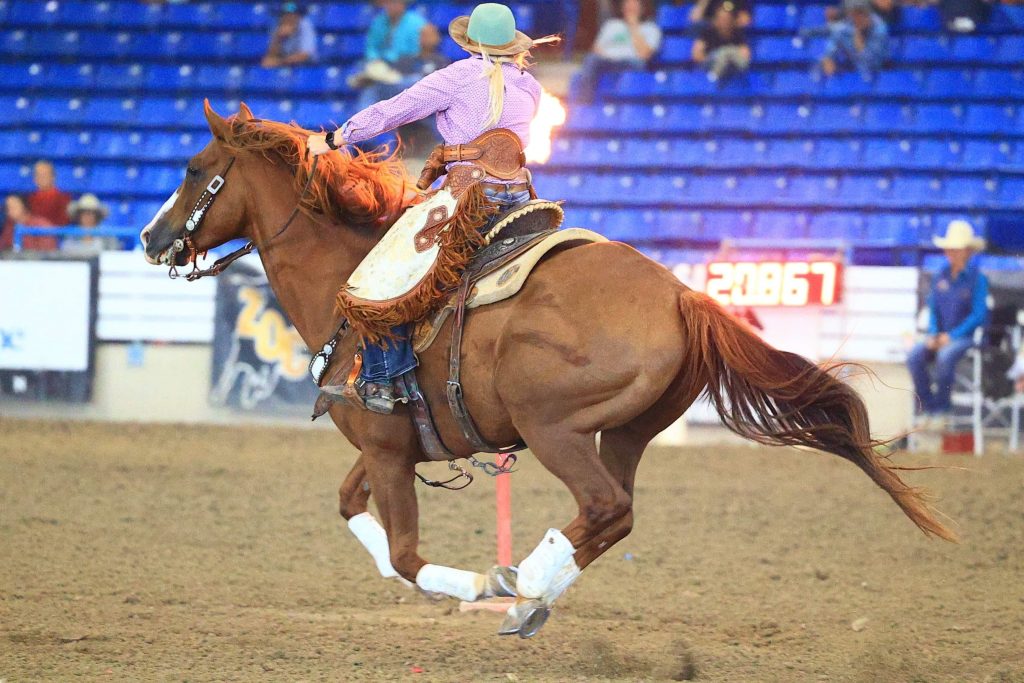 And that’s about the extent of my day. Just riding Buns and Payco wiped me out enough that I felt like I was going to pass out while I was untacking. I stood leaned up against the wall of the stall trying to get my bearings. I got myself back to the trailer, vomited a couple times and passed out.

Cara, bless her soul, gave my horses hay and water because I couldn’t make it back down in the evening to do it myself. There was also one night I was so sick I couldn’t even make my bed (in the horse trailer you have to put the dinette down to make it into a bed). So before Cara ran in the showcase, she made my bed for me. 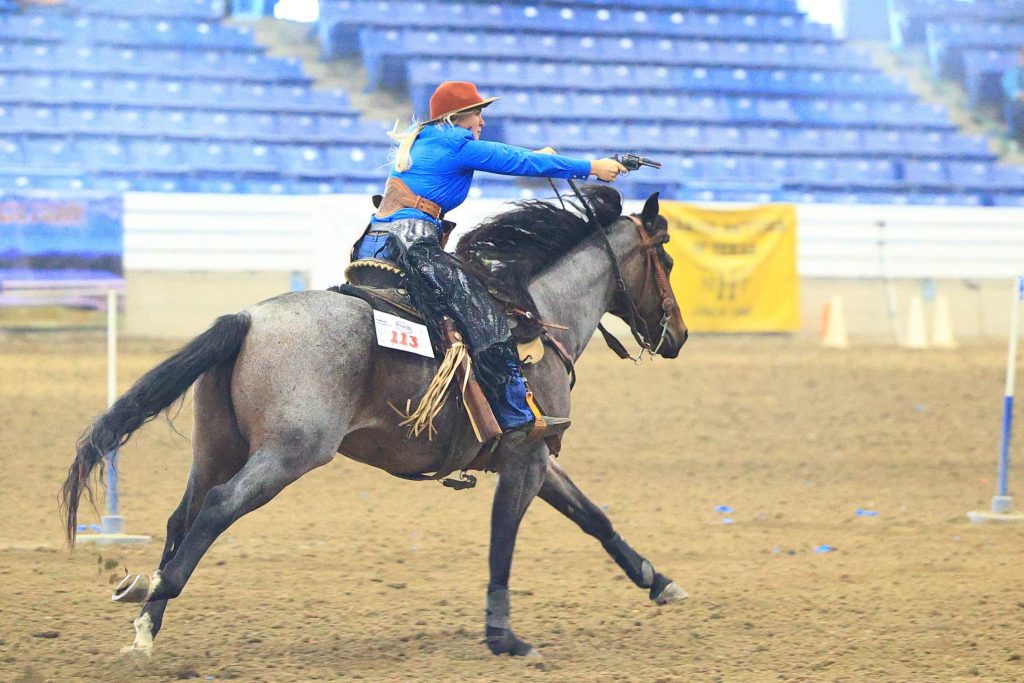 My goals quickly went from striving to do well to aiming to stay on and trying my hardest not to finish in last place. I actually met both those goals thanks to having two awesome horses.

The highlight of my week — this is total sarcasm, however it was the point at which I knew I should really appreciate my horses — was on the last day of Nationals right before my last run. I was warming Payco up for his fifth stage in the futurity — the Futurity runs last, so many competitors had already headed home. There were maybe three other riders in the warm up pen with us and without warning I vomited right off the side of my horse. I couldn’t get off to puke because I had already put my riding boot on so I couldn’t bear weight on my broken foot without my orthopedic boot.

Payco stopped and stood there like an angel as I puked over the side of him. You know how it feels when you vomit. It’s terrible. You can’t breathe, your eyes are watering and stuff is coming out of your mouth and nose. Payco was patiently waiting until I cued him forward when I was finished. It was so embarrassing but it made me appreciate Payco that much more. 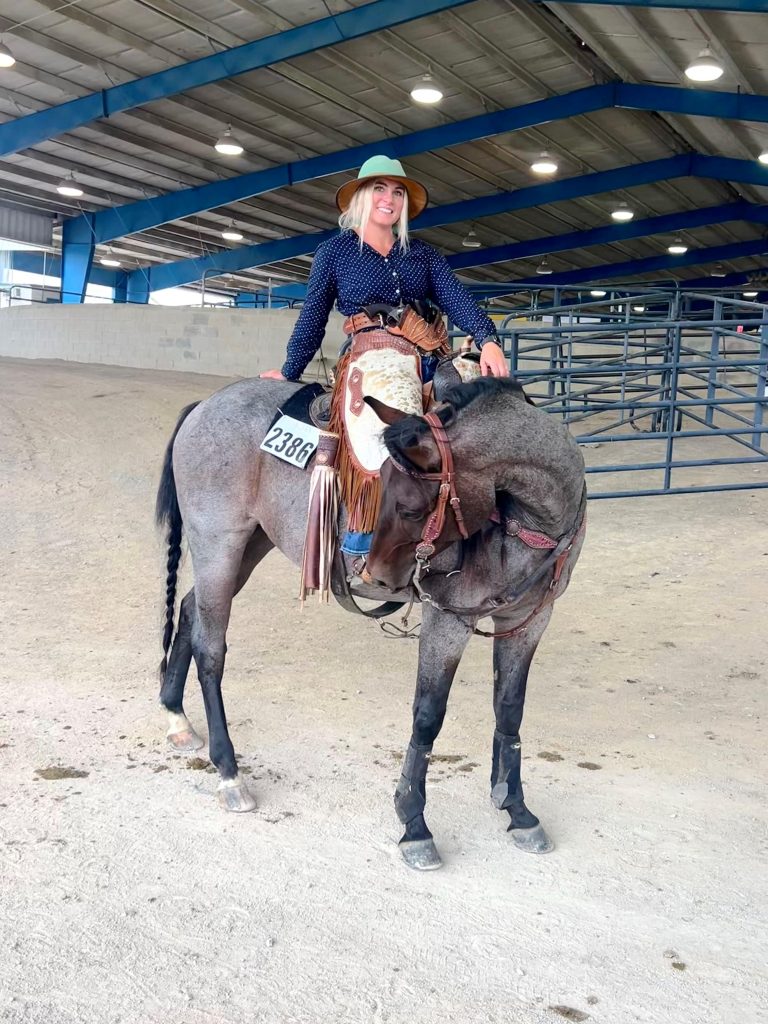 After that little hiccup Payco and I and laid down our best run of the weekend. To my surprise I did not finish last on either horse. We were towards the bottom, but we held it together enough to place higher than at least one or two (maybe three?) other competitors.

It wasn’t the week I had hoped and dreamed of for the past two years, but there’s nothing I can do to change that. I am fortunate to have gone and experienced the Futurity and we are going to work hard to be successful at the CMSA Derby.