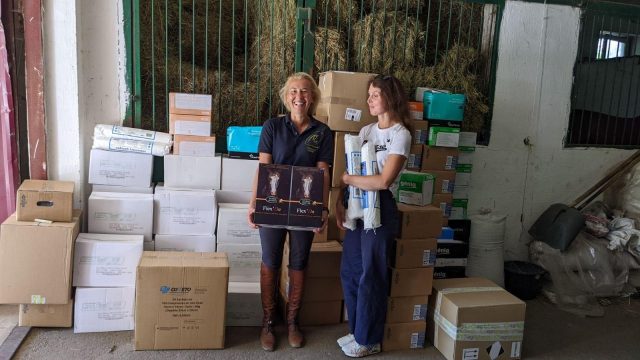 Following the invasion by Russian military forces, much of the Ukraine was left in dire straits. The equestrian community was no exception. Fortunately, a few organizations stepped up to provide aid that resulted in much needed medical supplies. 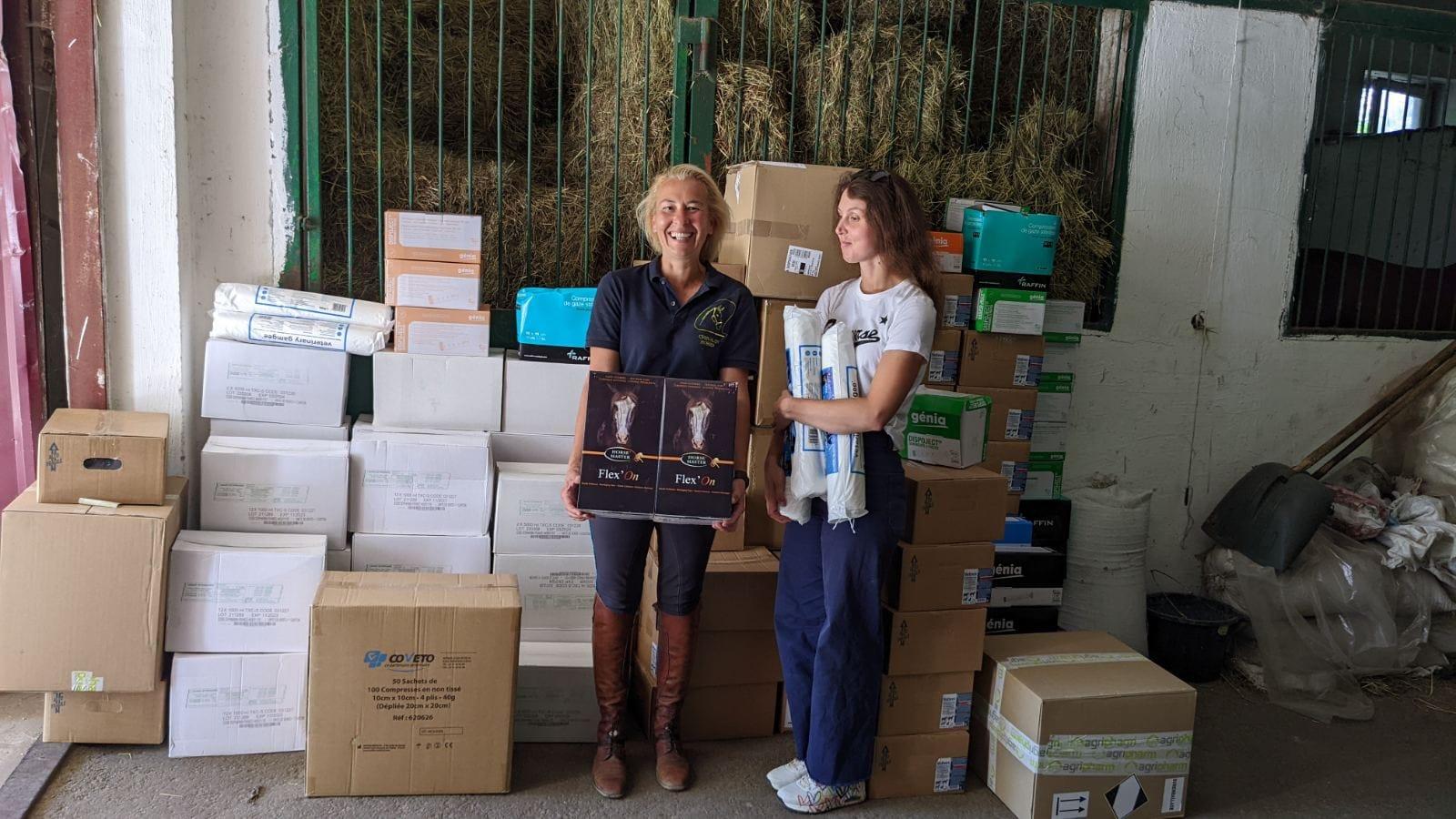 Following a call for aid coordinated by the Ukrainian Equestrian Federation Charity Foundation (UEF-CF), the FEI Solidarity Relief Fund with financial help from the United States Equestrian Federation purchased equine medicines and veterinary supplies for distribution to Ukrainian veterinarians. The total value of the donated medical supplies is $100,000 and includes aid for emergency cases, including colic, infections, lameness, and other common diseases. As of the end of August 2022 all donated medicines have been delivered to Ukraine and distributed to equine veterinarians and taken into use. The generous donation helps equine veterinarians treat horses with quality and free-of-charge drugs and supplies.

Prior to the launch of the project in Ukraine, the UEF-CF reached out to almost all the equine veterinarians from Ukrainian regions to map the situation of horse welfare and help required. Several problem areas were highlighted, including lack of medicines, such as painkillers, anaesthetics, sedatives, antibiotics, anti-inflammatory drugs etc., a general lack of equipment, including portable x-rays, ultrasound, endoscope machines, and the very limited financial resources of horse owners to pay for treatment. The FEI Solidarity Relief Fund in cooperation with the USEF Foundation stepped in to help — the most needed medicines and supplies were commissioned in Europe and delivered to Ukraine. 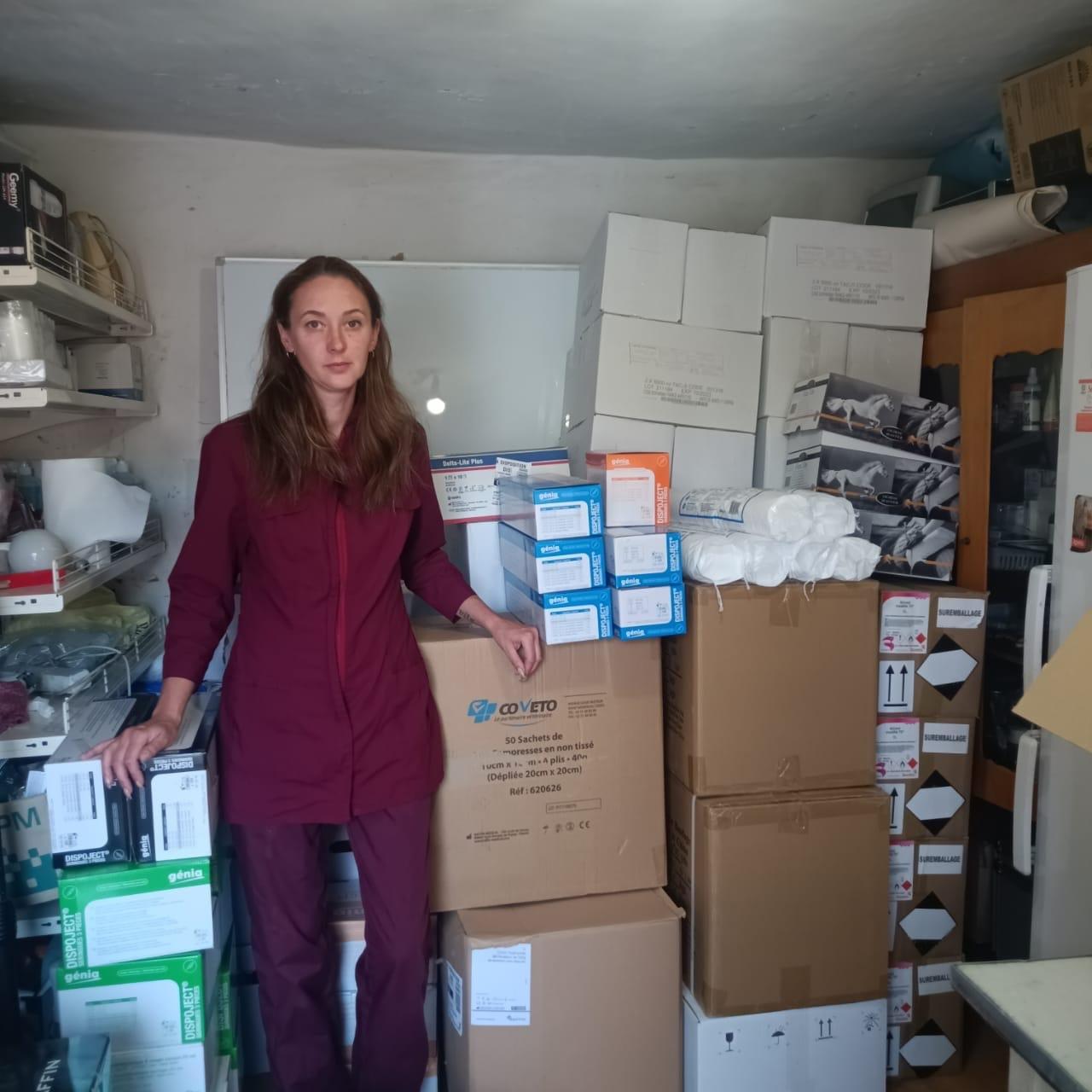 “Following the invasion by Russian military forces, the FEI set aside a Solidarity Relief Fund of one million Swiss francs for the equestrian community in Ukraine,” FEI President Ingmar De Vos said.

“In addition, the USEF joined forces with the FEI Solidarity Relief Fund, establishing the USEF Ukraine Relief Fund to support Ukrainian horses and equestrians, with 100% of funds raised going to the FEI Solidarity Relief Fund to be distributed by the FEI for specific projects approved by the USEF. Thanks to the generosity and dedication of equestrians and National Federations worldwide, veterinary equipment and supplies have been purchased and donated to the Ukrainian equestrian community to address their most pressing needs. We work hand in hand with the Charity Foundation of the Ukrainian Equestrian Federation to address the most pressing needs. Our efforts are ongoing and the welfare of Ukrainian athletes, both human and equine, remains our absolute priority.” 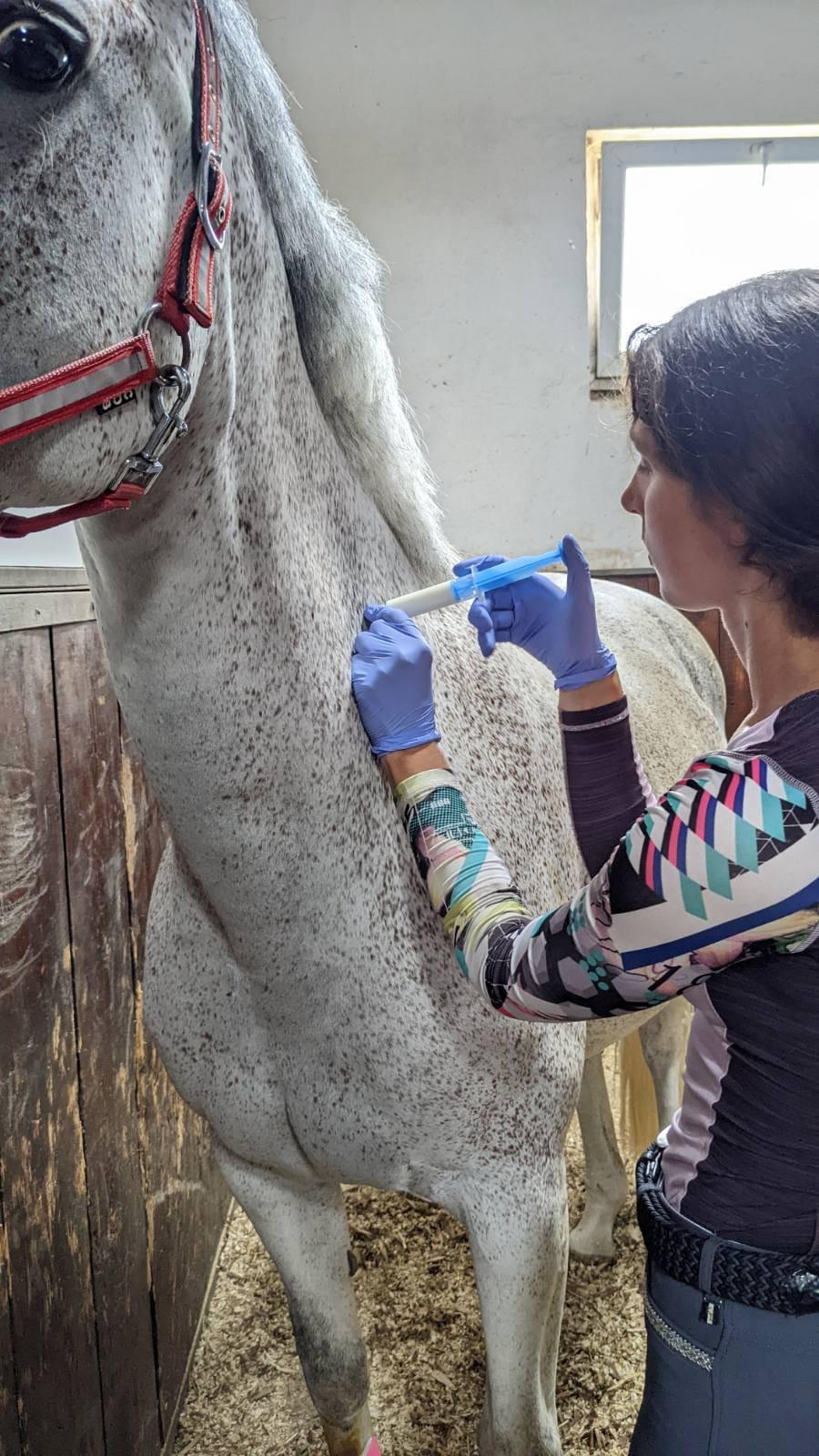 In Ukraine, the UEF-CF coordinated the distribution of donated medicine. This was done in a collaborative and inclusive manner with the Ukrainian FEI’s accredited veterinarians who chose the distribution principles and distribution plan. The main objective was to increase accessibility and quality of veterinary services for horses in Ukraine. All donated medicines were distributed to equine veterinarians to the eight regions with the largest number of horses – Kyiv, Kharkiv, Dnipro, Odessa, Sumy, Vinnytsia, Cherkassy  and Lviv.

“Assistance for veterinarians is extremely important in Ukraine. For many horse owners, even simple veterinary care is out of reach now, and veterinarians often work on a volunteer basis. Free medicines will make it possible to save and help many horses in this difficult time. We are very grateful to our colleagues at the United States Equestrian Federation and the FEI Solidarity Foundation for responding to our request and providing our veterinarians with the medical supplies they need now and in sufficient quantities.” — Mykhaylo Parkhomchuk, founder of the Ukrainian Equestrian Federation Charity Foundation.

As a follow-up, the FEI veterinary department plans to hold a seminar to provide general information about the sent medical supplies and to discuss specific use cases and difficult situations that Ukrainian veterinarians face when treating horses. 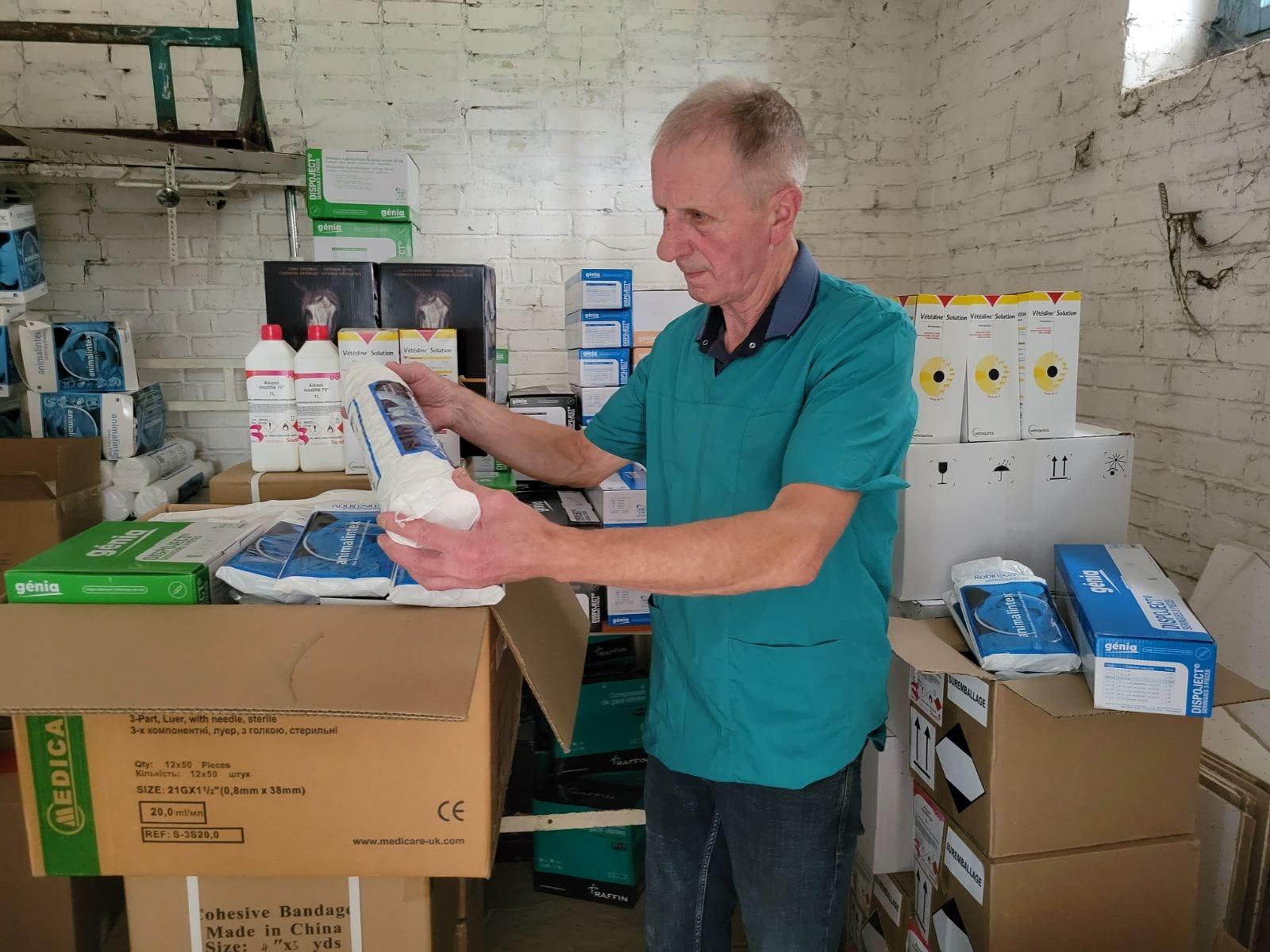 “The US Equestrian community, and notably Brooke USA, were important contributors to this incredible effort to rally around the needs of horses in Ukraine where help is needed so desperately. The global equestrian community is powerful and cohesive and demonstrates how much can be accomplished when people come together. We would like to thank you, our members, for once again stepping up with your generosity,” said Tom O’Mara, President of USEF.

Dedicated to uniting the equestrian community, honouring achievement, and serving as guardians of equestrian sport. Since its inception, US Equestrian has been dedicated to pursuing excellence and promoting growth, all while providing and maintaining a safe and level playing field for both its equine and human athletes

Fostering growth among newcomers as well as the coming generation is paramount to US Equestrian’s continued success. Our young equestrians continually raise the bar both at home and abroad, pushing themselves to be better and strive for excellence, all while fostering and strengthening the connection between themselves and their horses.

US Equestrian contributes to the greater good of horses by assisting with their protection and welfare in crisis situations and natural disasters, as well as in daily competition. As part of this pledge to protect equine welfare, US Equestrian continues to help support federal and state governments and works closely with other national equine organisations.

Launched in 2011, FEI Solidarity promotes and develops equestrian culture and sport worldwide in a sustainable and structured way. We work directly with the FEI’s member National Federations and recognised Continental Associations by providing the tools, the knowledge and the infrastructure required to develop the sport and nurture talent from grassroots to the world stage.

FEI support is focussed on four key pillars of activity (National Federation, Athlete, Coach and Values) with specific programmes available in each of the pillars in order to best target and fulfil specific development needs. We do this through financial support, consultancy services and technical programmes and we collaborate closely with over 40 Technical Experts to deliver the programmes around the world and oversee the global development of the sport.

Since 2012, foundation has supported 284 projects and programmes in all four corners of the globe, using one of our three types of “Assistance” across the four FEI Solidarity pillars.

The UEF Charity Foundation is one of the youngest and rapidly growing organisations in Ukraine, that focuses on helping equestrians and their horses during the war in Ukraine. Founded on the 4th day of the conflict, the foundation has provided help to more than 5000 horses in 200 stable yards in Ukraine, assisted in evacuation and relocation of more than 300 horses and established 2 free evacuation stable yards (100 boxes) for relocated horses in safe areas, provided food and bedding for their inhabitants. Currently over 1200 tonnes of food and bedding have been distributed in Ukraine through the transparent system of help requests, strong logistics and the tireless work of 30 volunteers. UEF-CF is registered in Belgium and its mission is to help the Ukrainian equestrian community during the crisis. The Foundation works closely with the FEI, EEF and National Equestrian Federations. For all the latest information and activities visit https://helpukrainehorses.eu/