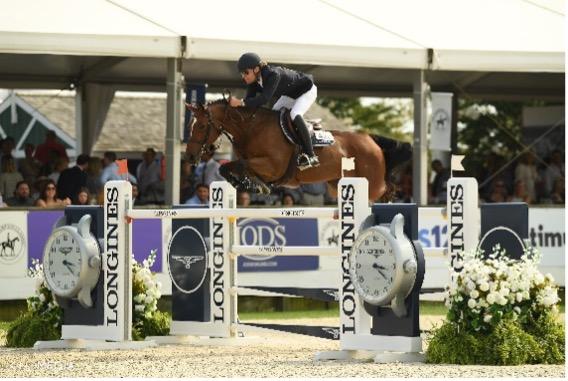 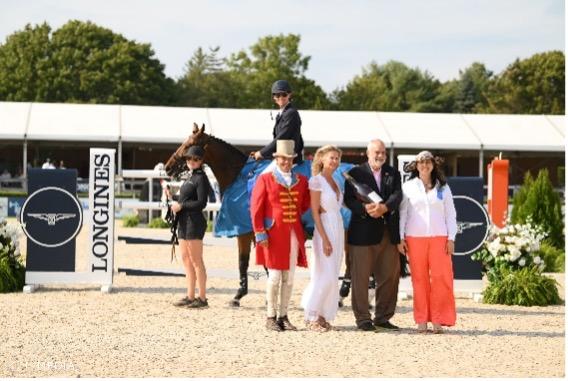 Karl Cook and Kalinka Van’t Zorgvliet clear the Longines Jump and the Grand Prix Course in record time of 36.71 seconds. Photo by KINDMEDIA.

On Friday, Cook and Van’t Zorgvliet also won the $74,000 Douglas Elliman CSI5* Grand Prix Qualifier thereby allowing him a coveted last place position into Sunday’s Grand Prix. Cook was the final winning rider on that course and was only the second rider that afternoon to have a double-clear round. On Sunday, he repeated his final sweep to deny Daniel Bluman his temporary lead, and in the last round Cook beat Bluman’s score by two tenths of a second. 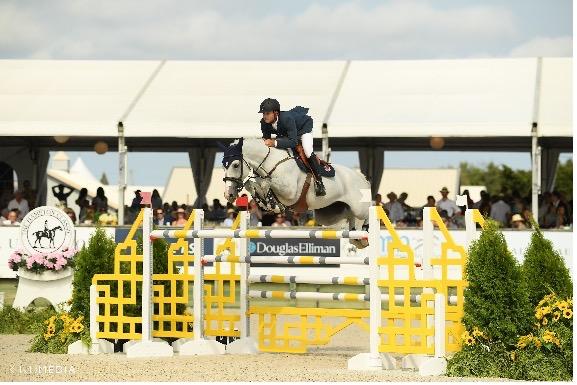 Israel’s Daniel Bluman returned with his 2021 Hampton Classic winning mare Gemma W and challenged the competition for a second win down to the last ride by Karl Cook. Ironically, in 2021 it was Bluman who stole McLain Ward’s seemingly accomplished win in the 2021 Hampton Classic when Bluman’s ride immediately followed that of Ward’s in the final jump-off. In 2021, Bluman prevailed and now in 2022 he was the competitor denied a win in the final moments. This created a spectacular ending to the 2022 Hampton Classic 5* Grand Prix competition. 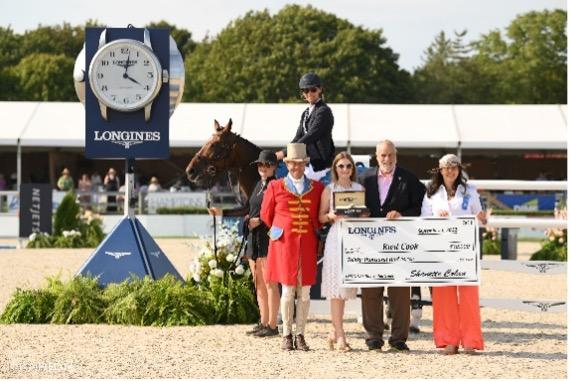 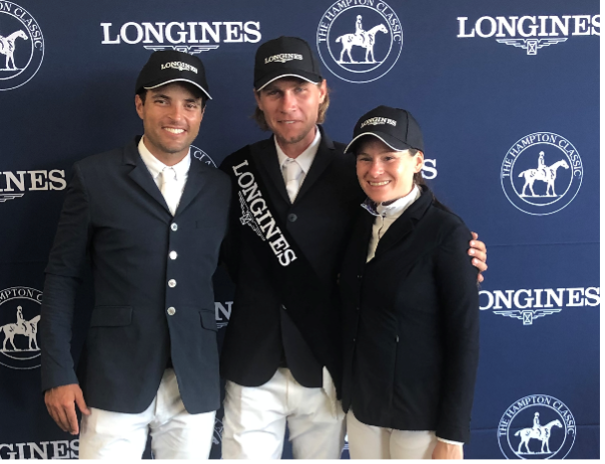 At the press conference, Dinan was proud of her mount Brego R’N B’s performance and ecstatic to be in the company of such accomplished colleagues.

Bluman was a true sportsman, commenting that Karl won fair and square and deserved the win. Bluman tried to interfere with Cook’s focus by celebrating his great ride as Cook entered the ring for the final attempt to beat Bluman’s score. Bluman commented that he knew Cook could beat his time, however, he was hoping for Cook to take down a rail. Cook never lost focus and came out on top.

Cook was grateful to his mom for owning his horse. He commented that Kalinka Van’t Zorgvliet was a ‘very hot’ mare which he has been working with for several years to keep her under control, but not to discourage her from her natural ability to compete. He also commented that she is small in stature and has an atypical, inverted jump style. Cook said, “The only reason she can do this (high level performance) is because she wants it. She tries so hard for it!” This was Cook’s first time at the Hampton Classic and his first Five Star grand prix win.

Dr. Gregory A. Beroza, DVM, DACVS, DABVP has been a practicing veterinarian and consultant for 42 years; and HorseDoc® ‘Talking Horses’® media host, author, and consultant since 2007. Dr. Beroza is a multimedia host and broadcasts his productions, including a new Podcast, via his WuzUpDoc Media website: www.WuzUpDoc.com. He can be found on Twitter, Facebook, Youtube and other social media sources.