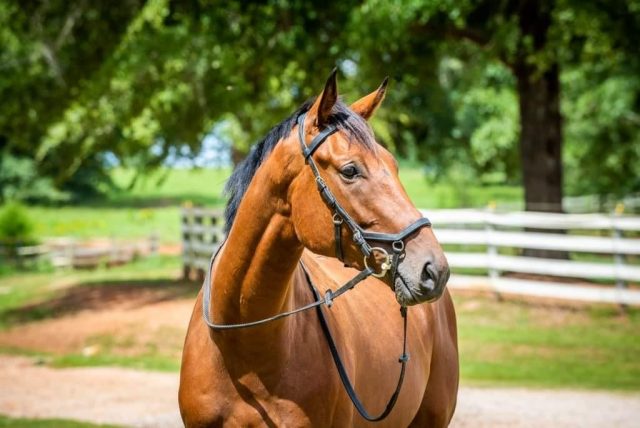 “These names are the ties that allow people who loved that horse during their lifetime to find them. They are a trackable link to their purpose-bred past and a testament to their versatility as they carry on …”

Welcome to the next installment of Thoroughbred Logic. In this weekly series, Anthropologist and trainer Aubrey Graham, of Kivu Sport Horses, will offer insight and training experience when it comes to working with Thoroughbreds (although much will apply to all breeds). This week ride along as Aubrey discusses her logic (or lack thereof?) on barn names and Jockey Club names.

I outright admit that I am terrible at naming. I have a pig named “Pig.” “Walker,” who is more sidekick than dog, got his name after three days of hemming and hawing over something “Southern-sounding” that I didn’t hate. It would have been much cooler if I had done what everyone assumes and used the “Texas Ranger” route. The lovely young horse who came in as “My Vow is Courage” promptly was dubbed “Chicken.” 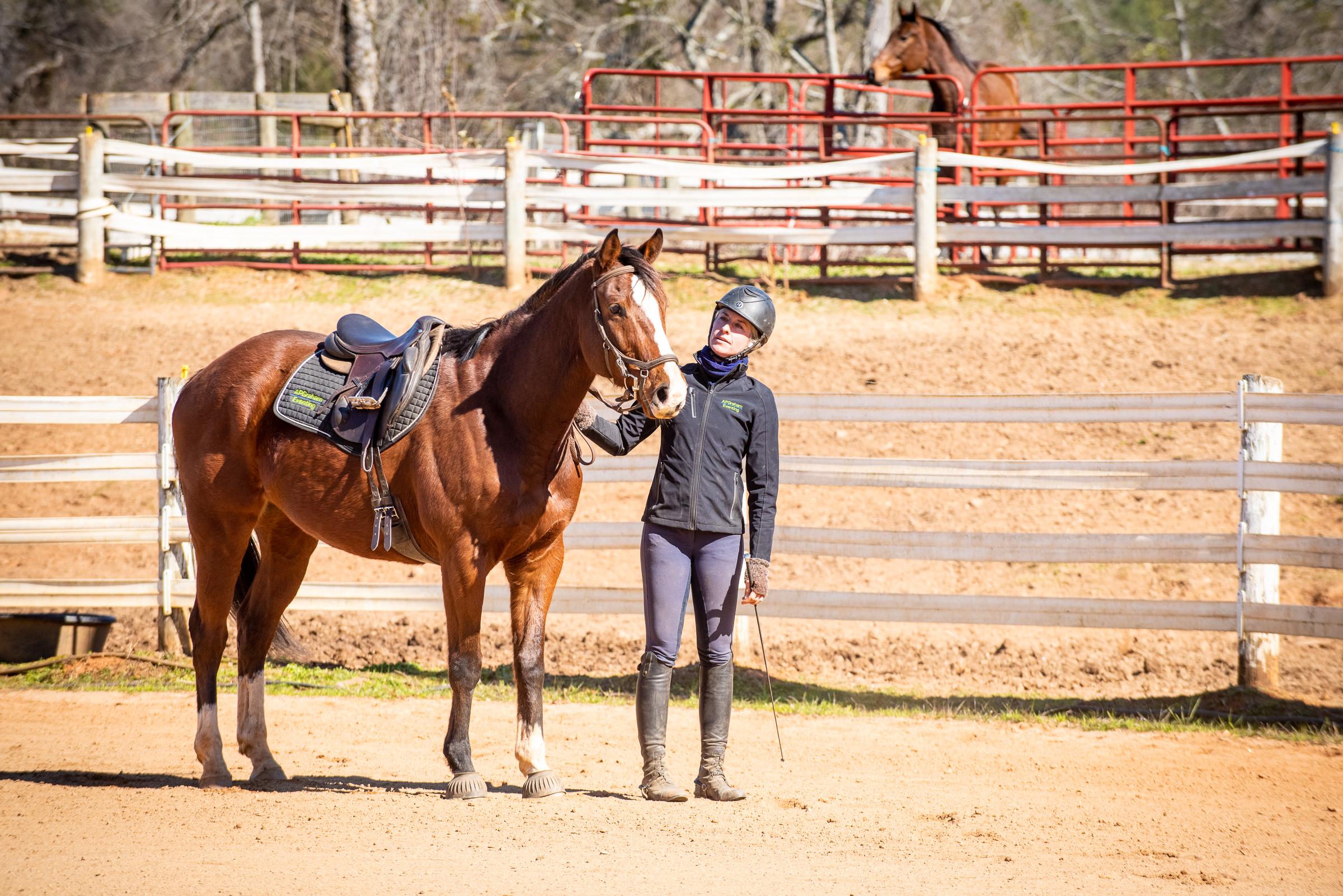 My Vow is Courage (then “Chicken, now renamed, “Chance” by his new human) took in the sights and sounds of the year’s first Thoroughbred Logic Clinic. Photo by Audrey Mecklenburg.

Running a Thoroughbred retraining facility with a sales side, I have a good number of horses through and have to come up with a barn name for each and every one of them. Some people like naming and are clever about it — for me, nope; it is not my favorite part of the job. Hell, it is a process, and often an odd, winding road at that.

The new, super lovely bay mare that I recently picked up from Michael Ann Ewing’s race stable in Kentucky is no exception. Her Jockey Club name is the quite appropriate “Tiz So Fine.” I’m lazy with labels, so I was just going to call her “Fines,” but I seemed to be the only human around who thought that was an acceptable thing to do to such a pretty filly. I tried “Twiga,” which means ‘giraffe’ in Swahili (Swahili is one of my research languages, so it isn’t a totally random choice). It morphed quickly into “Twigs” and nah, no good. So then, while my awesome-sauce chiropractor was working on the horses, she took a look at her and started singing, “Hey Ricky, you’re so fine, you’re so fine you blow my mind, hey Ricky, hey hey hey Ricky.” “Ricky” stuck and I still can’t get the damn song out of my head.

It took me two more days to realize that the song is actually “Hey Mickey,” but whatever. The filly already had a name. 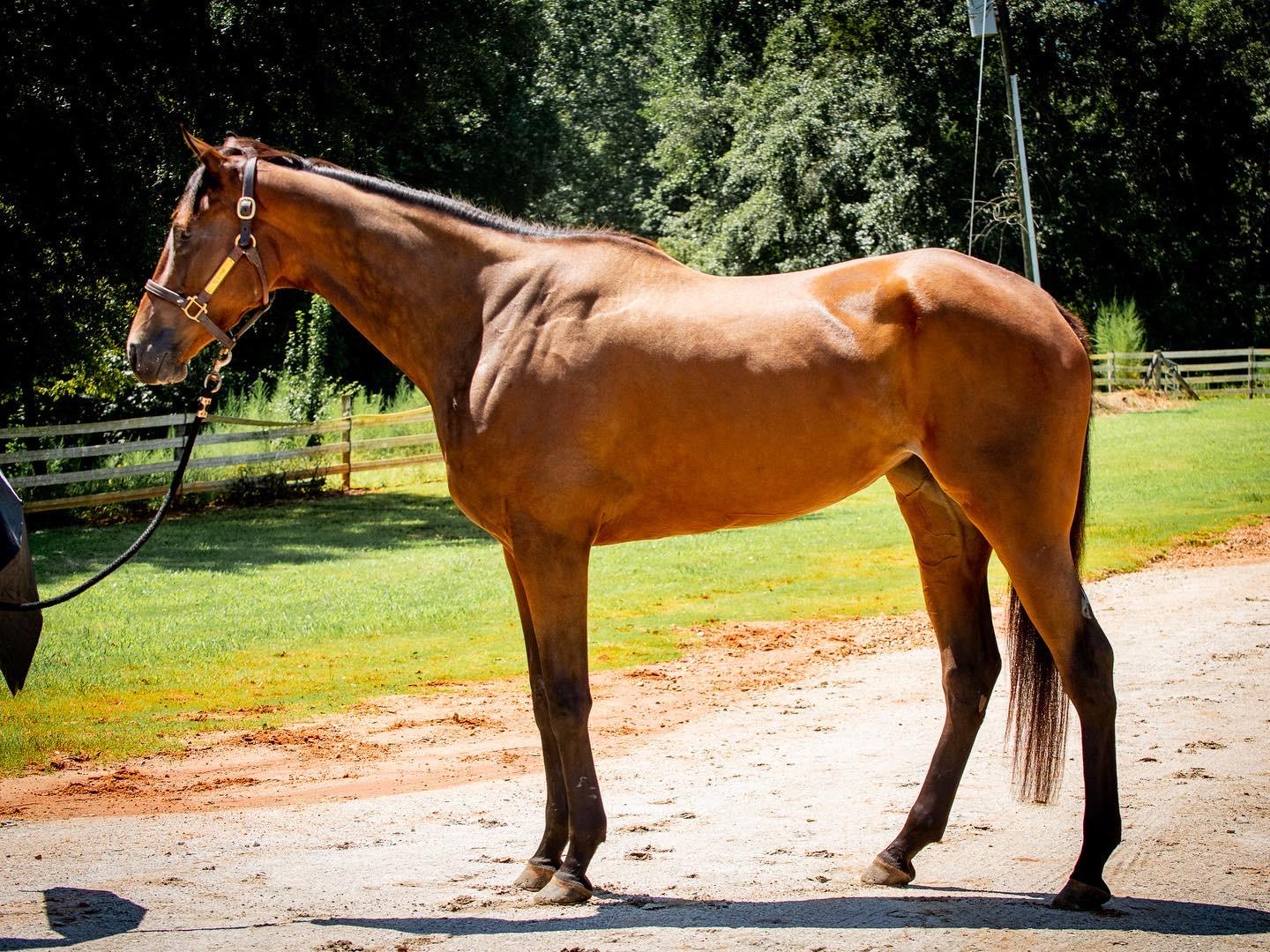 Whether one likes racing or not, it is hard to deny that one of the more fun parts is listening to the strung-together-sometimes-ridiculous names coming rapid fire out of the announcer’s mouth as they turn down the backstretch. Jockey Club (JC) names fascinate me. These registered creations are limited to 18 characters and are not allowed to fully cross offensive lines, be composed of initials, or end with terms like “filly,” “stallion,” “foal,” or the like.

Sometimes these race names are good. Looking down my stall rows, “Western Ridge” and “Aspenfiveoneseven” are ones I like. “Skyler Scramjet” and my former sales horse “Badabing Badaboom” are oddly awesome. Sometimes the names raise all sorts of questions; the ridiculously well-bred horses, “Needles Highway” and “Hook ‘Em John,” stand out in that category. 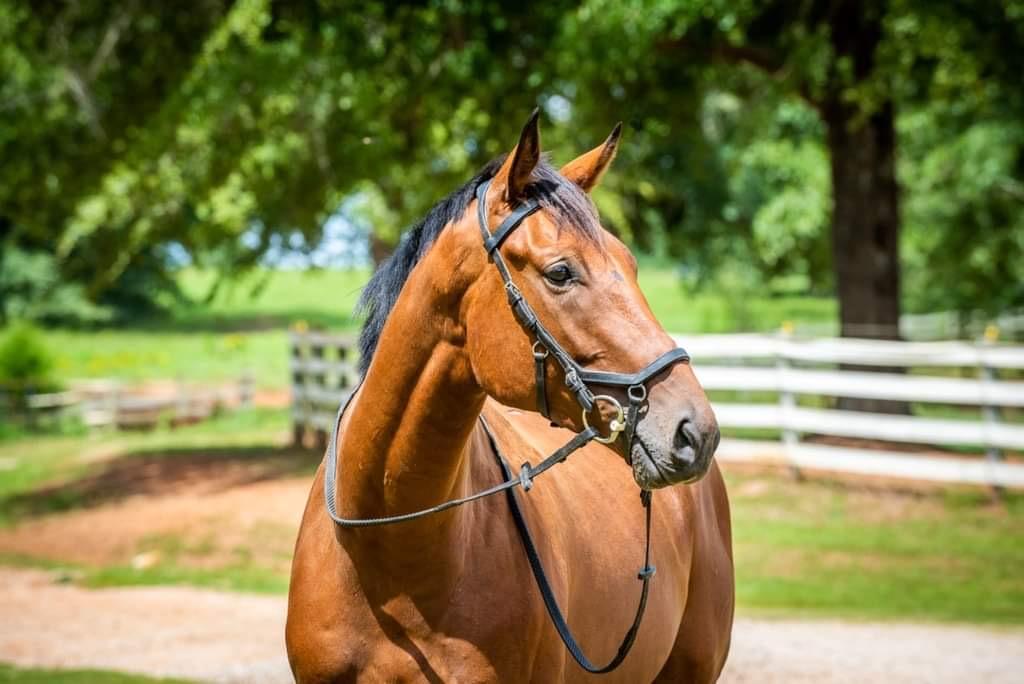 The ever-handsome Needles Highway, who was apparently named after a lovely road in South Dakota, not someone’s unfortunate addiction. Photo by Alanah Giltmier.

Good or awful, I try my hardest to keep JC names around and compete the horses under that moniker, even if I cringe a little while Hugh Lochore announces it in his beautiful British accent while I zoom around cross country. These names are the ties that allow people who loved that horse during their lifetime to find them. They are a trackable link to their purpose-bred past and a testament to their versatility as they carry on sorting cows, dancing around dressage, jumping their hearts out or chasing the polo ball. 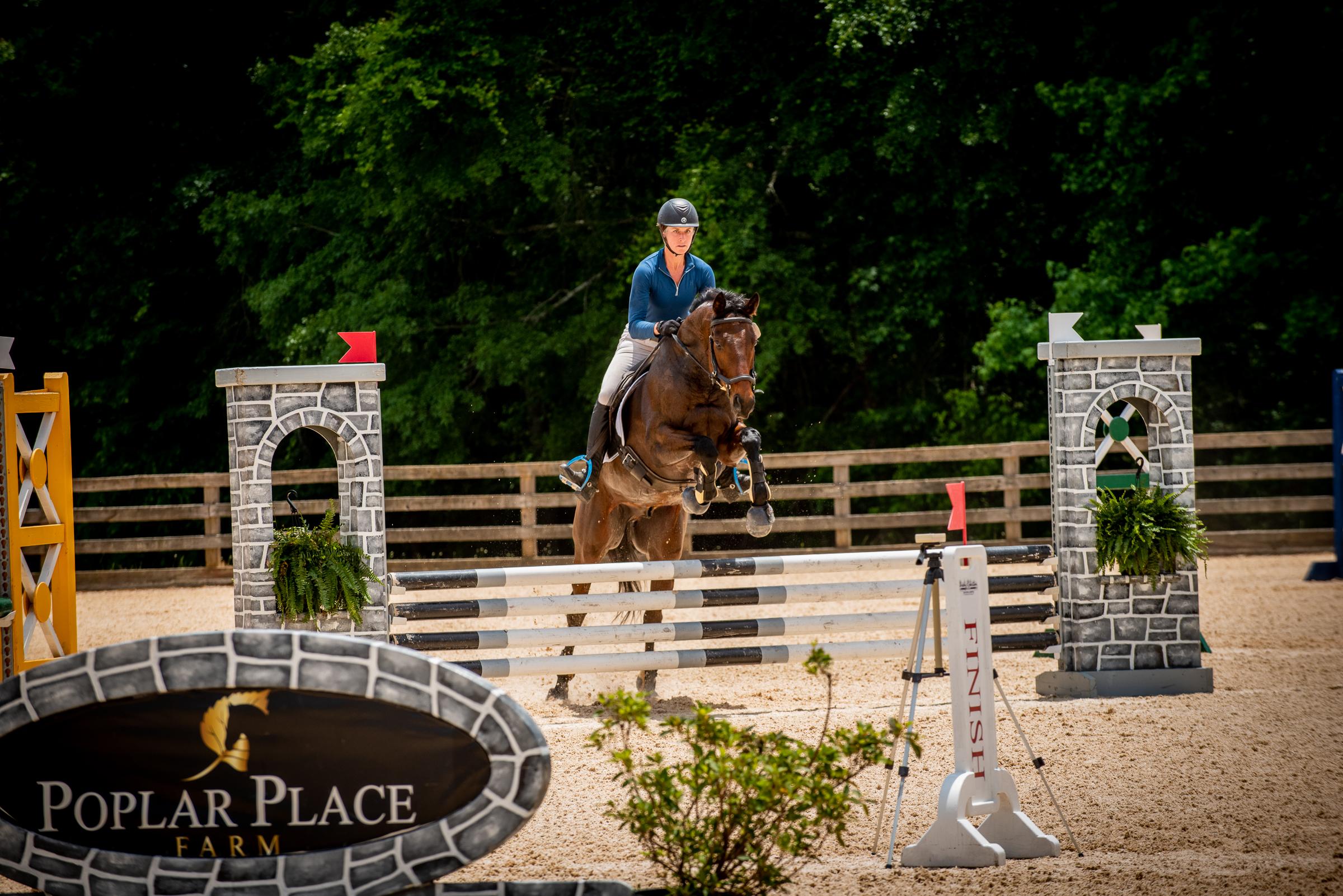 Competing or even just posting on social media with a JC name means that ambitious Thoroughbred enthusiasts can drool over your ride and then look up the pedigree to see just what combination of genetics produced that masterpiece. Linking a horse to their JC name means that when their breeder loses sleep over what might have happened to their runners after the track, they can do an internet search that will tell them when your horse last competed and give them a rider to whom they can reach out. Showing with a JC name means that the resaler who sold the horse to someone who sold the horse again, can check and make sure he or she is still in good hands and not bouncing closer to a life at the auctions. The pathway formed by the name enables folks to send along their win photos or baby pictures, to reach out and provide support, or to step in and organize help to spring a horse from a rapidly deteriorating situation. 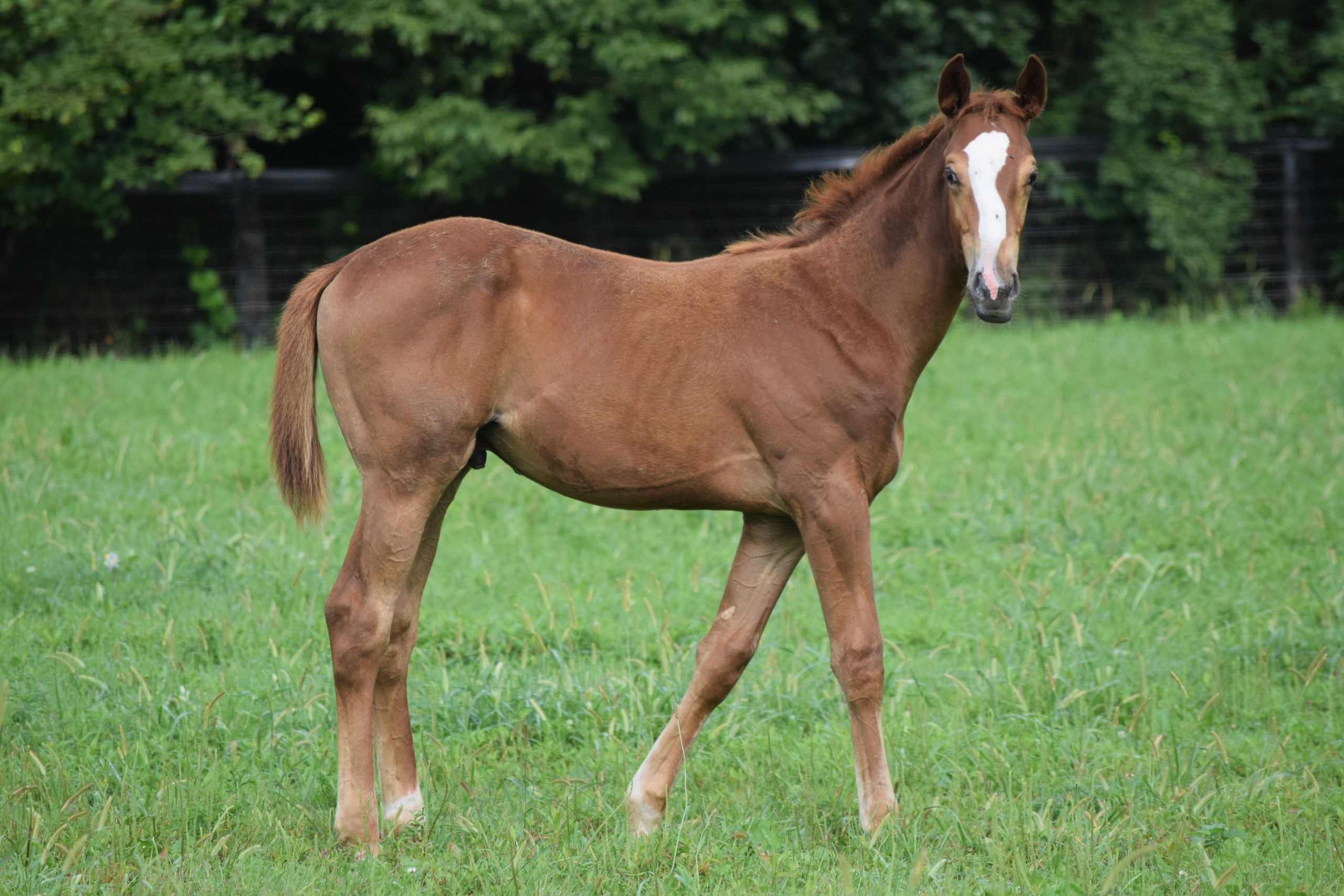 JC names, in short, are not really for you. They are for those who cared about your horse before, and those who will care about your horse after. The use of them creates an equine life that can be followed, celebrated, and kept safe when necessary. Sounds ridiculous, but even when the name is freakin’ awful, or simply just not your style, using their Jockey Club name (or at least including it in social media posts) becomes an act of selflessness that prioritizes the horse. 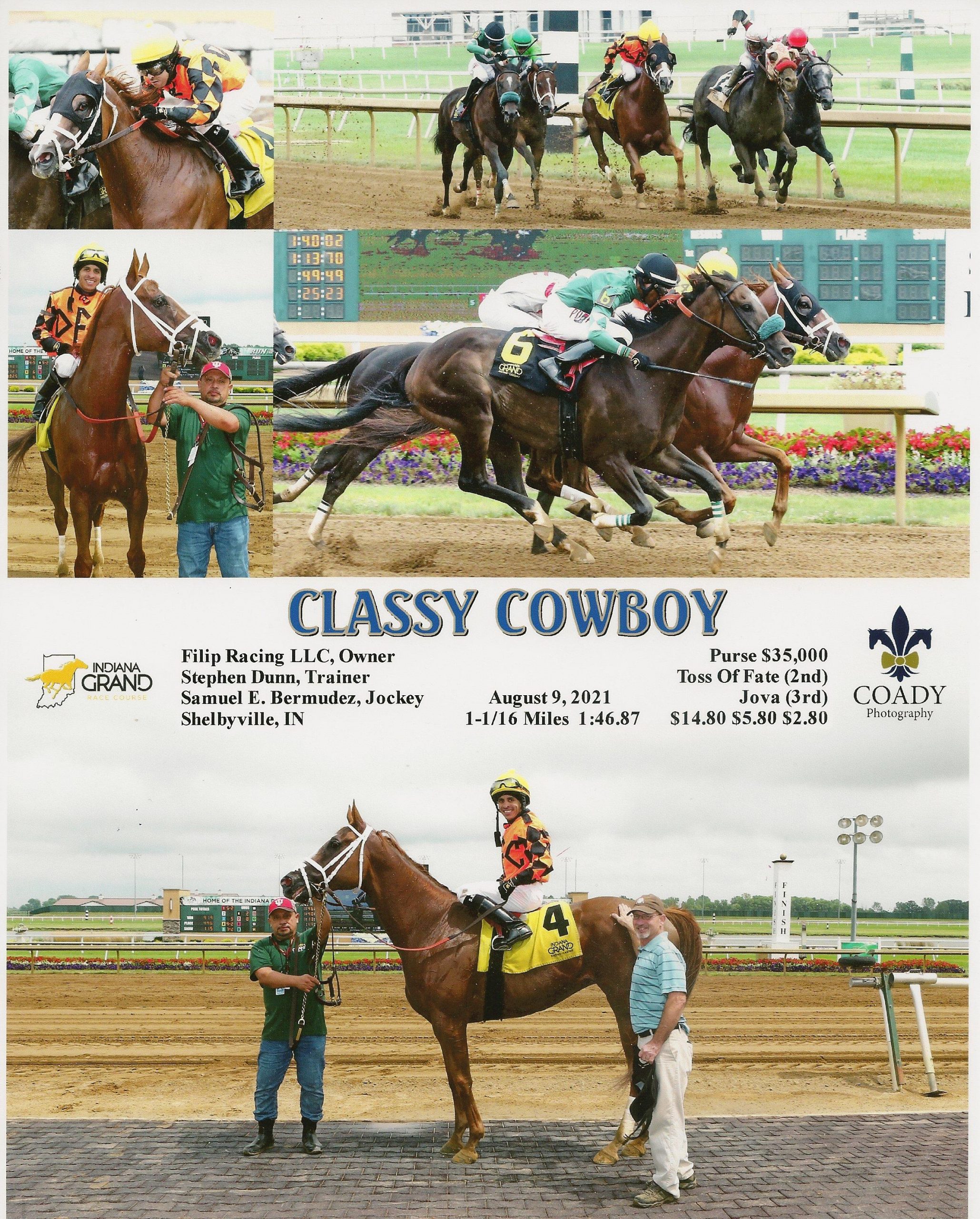 On my end, thankfully, being able to rely on JC names as show names means there is one less name that I have to pull out of thin air. Because folks, here’s a comical short, random list of some of what I have done in the past with barn names. Spoiler alert — the list is not impressive. I still suck at naming. 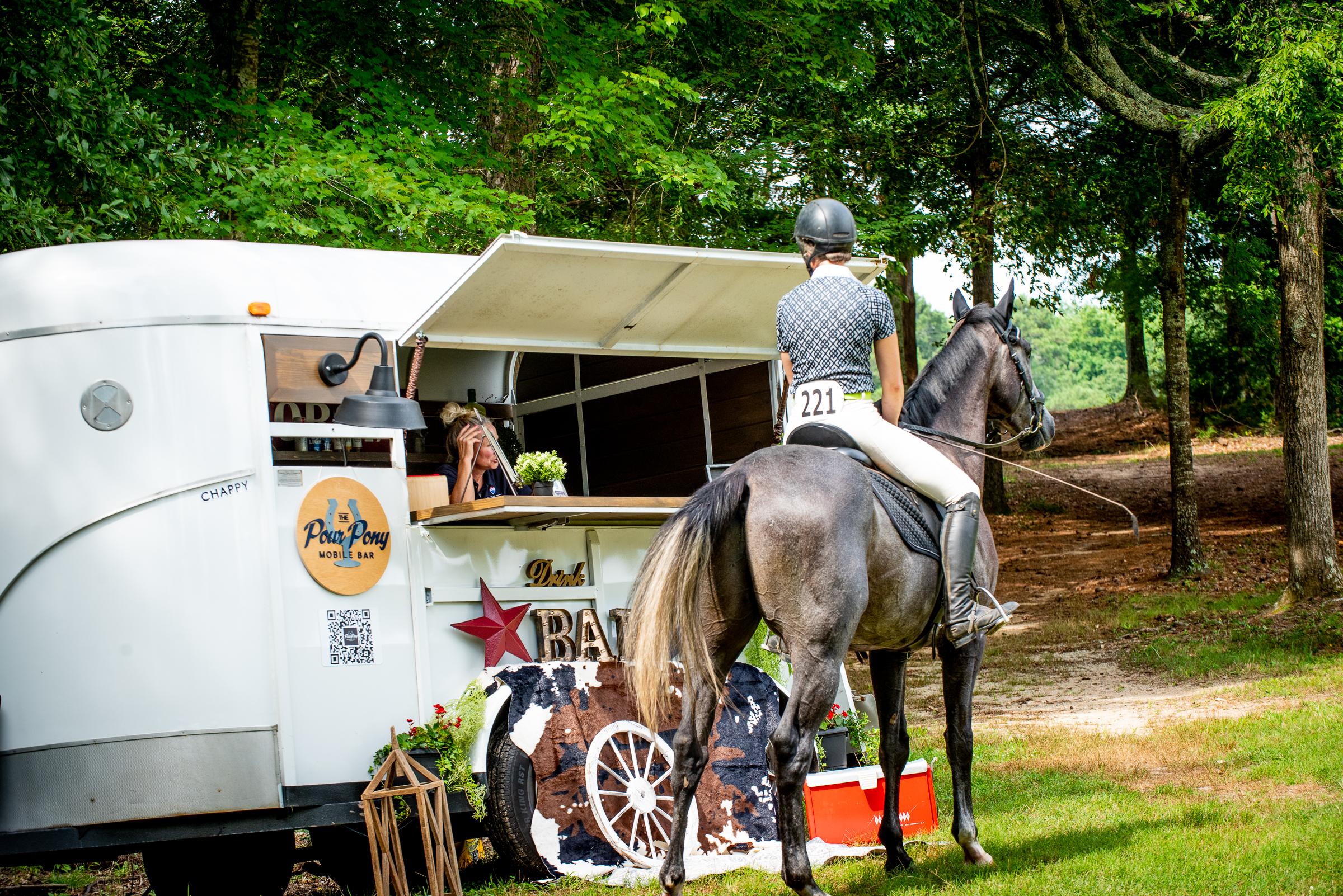 Louisiana Bling (Tuck) hanging out at the Pour Pony Mobile bar at a Big Cheese Eventing show this summer. Photo by Cora Williamson.

And with that, I leave you all to share/celebrate/roll your eyes at all of the ridiculous and non-ridiculous Jockey Club and barn names in your life. There’s no doubt there will be more soon in mine. Stay tuned for more poor (or are they awesome?) name choices.

Thoroughbred Logic is proud to be supported by OTTB United, the premier virtual marketplace for retired racehorses built by equestrians, for equestrians. The OTTB United app unites organizations, buyers, sellers, and trainers in one interface. Download the app and give it a whirl by clicking/tapping the banner below!