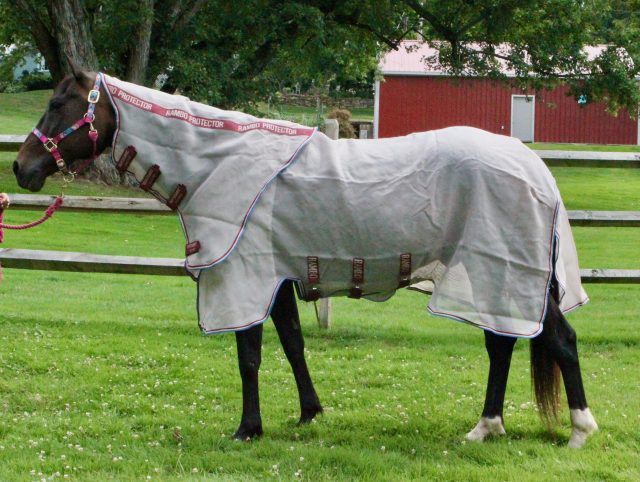 This fly sheet was put through the paces by our especially itchy and gnat-sensitive gelding, Theo. It rose to the challenge and exceeded all expectation. Read on to learn more: 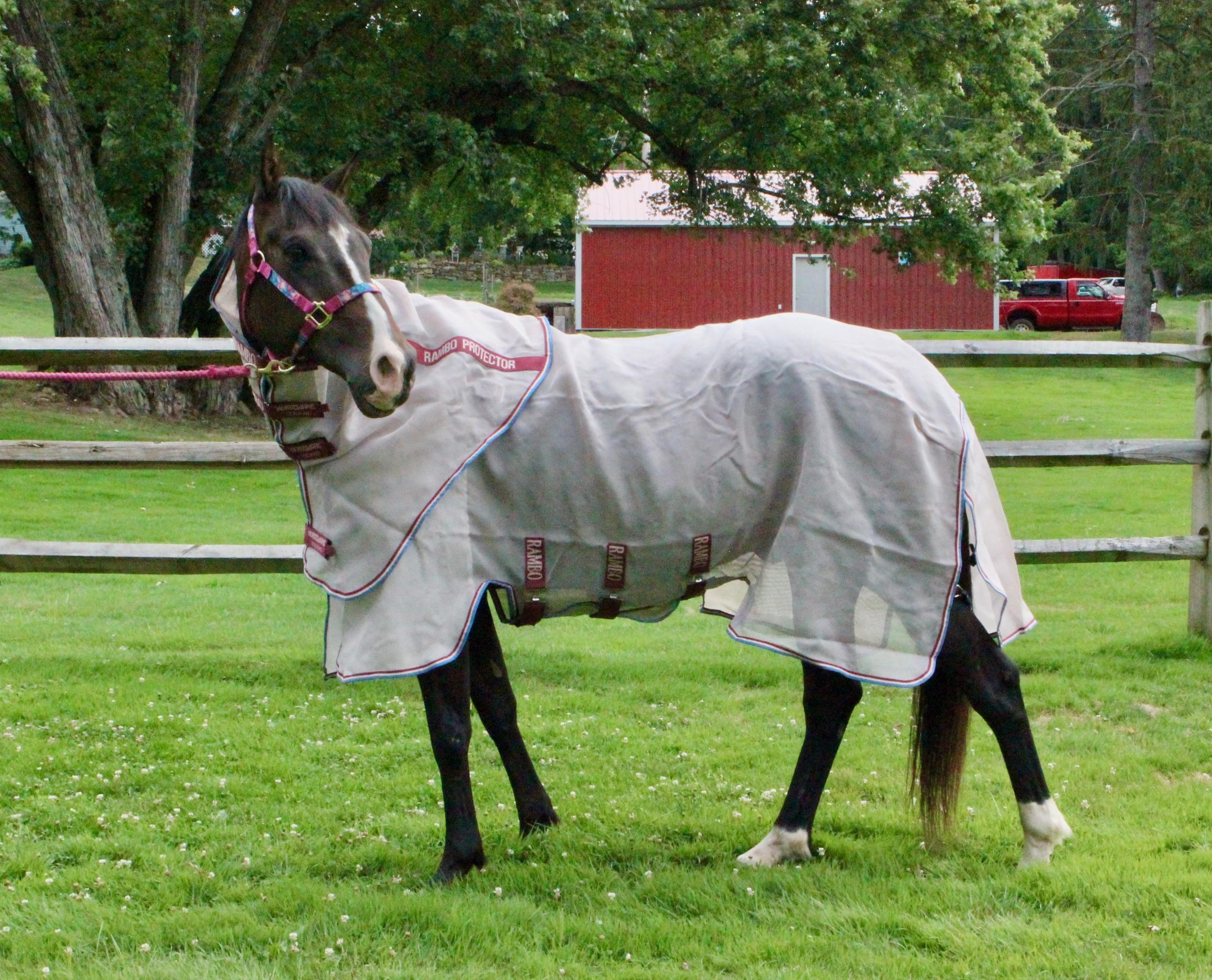 As we all know, not all products are created equally. Unfortunately, it often takes quite a bit of trial and error – and money! — before we can determine which products will stand the test of time. This is especially true in the horse world. If it has something to do with our horses, there’s a good chance it’s going to cost us money. Although we may accept this as a part of horse ownership, what becomes especially hard to swallow is spending our hard-earned dollars on something our horse is likely to destroy in less than a week.

Fortunately, we at Horse Nation like to put a variety of products to the test so you don’t have to.

One of the most recent products we had the good fortune of testing was the Rambo® Protector Fly Sheet by Horseware Ireland. I am not exaggerating when I write that this fly sheet not only met expectations but also far exceeded them. Here’s why. 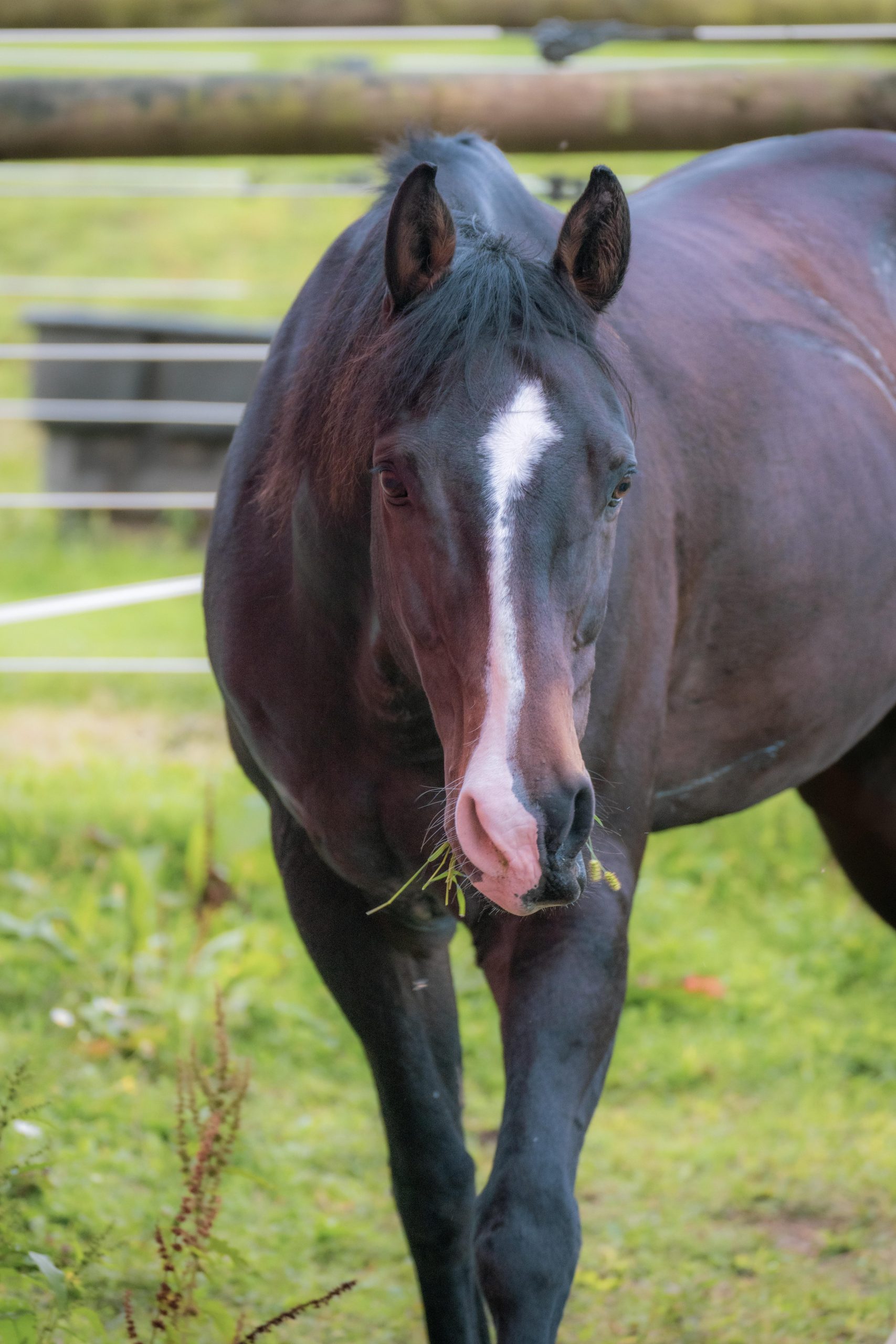 Theo is a lovely gelding who is known for his wonderful temperament and easy going nature. He’s also known for his extremely sensitive skin and gnat sensitivity. Every summer, Theo gets sweet itch pretty badly. So badly, in fact, that he usually rubs out his mane, a good portion of his tail, and ends up with bleeding sores on his chest, stomach, and sheath. Due to this sensitivity, Theo lives in fly gear throughout the summer when he’s not indoors hiding from the heat. Despite diligent salve, fly spray, and fly gear applications, and some steroid treatments, Theo always suffers the same fate once the temperature begins to rise.

Something else Theo is known for is being somewhat hard on his fly gear. Because of his reaction to the gnats, we expect that Theo’s gear won’t last all that long. This made Theo a great candidate to put the Rambo® Protector Fly Sheet to the test.

When we first put the fly sheet on Theo, here’s what we noticed:

It offers a ton of coverage. For a horse like Theo, this is key. The belly flap is large and the neck piece was long enough that his neck was fully covered even when grazing. The Velcro sits flat as well, which offers even more coverage. Mainly, all those annoying insects can’t get under and in (despite their best efforts). 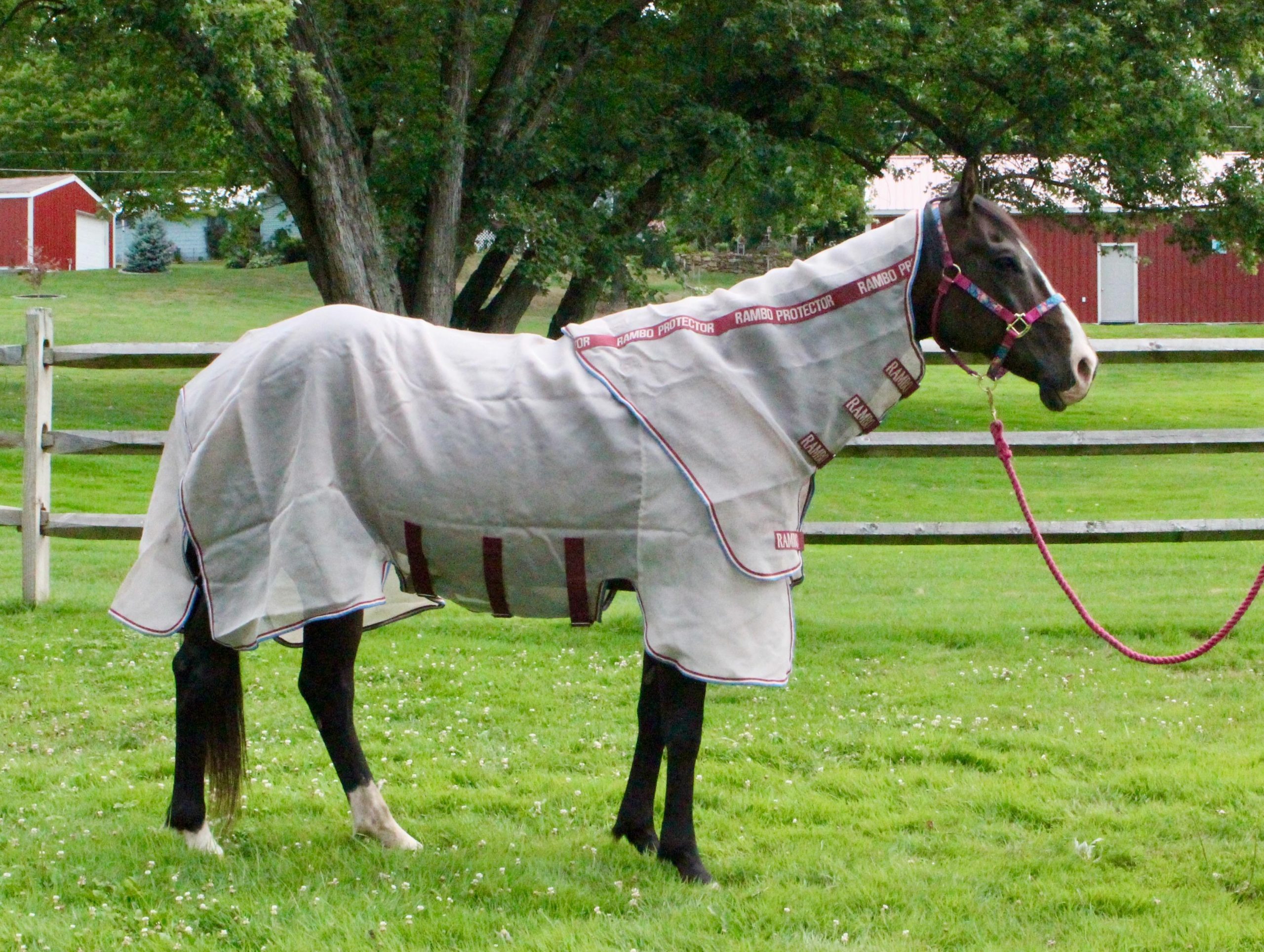 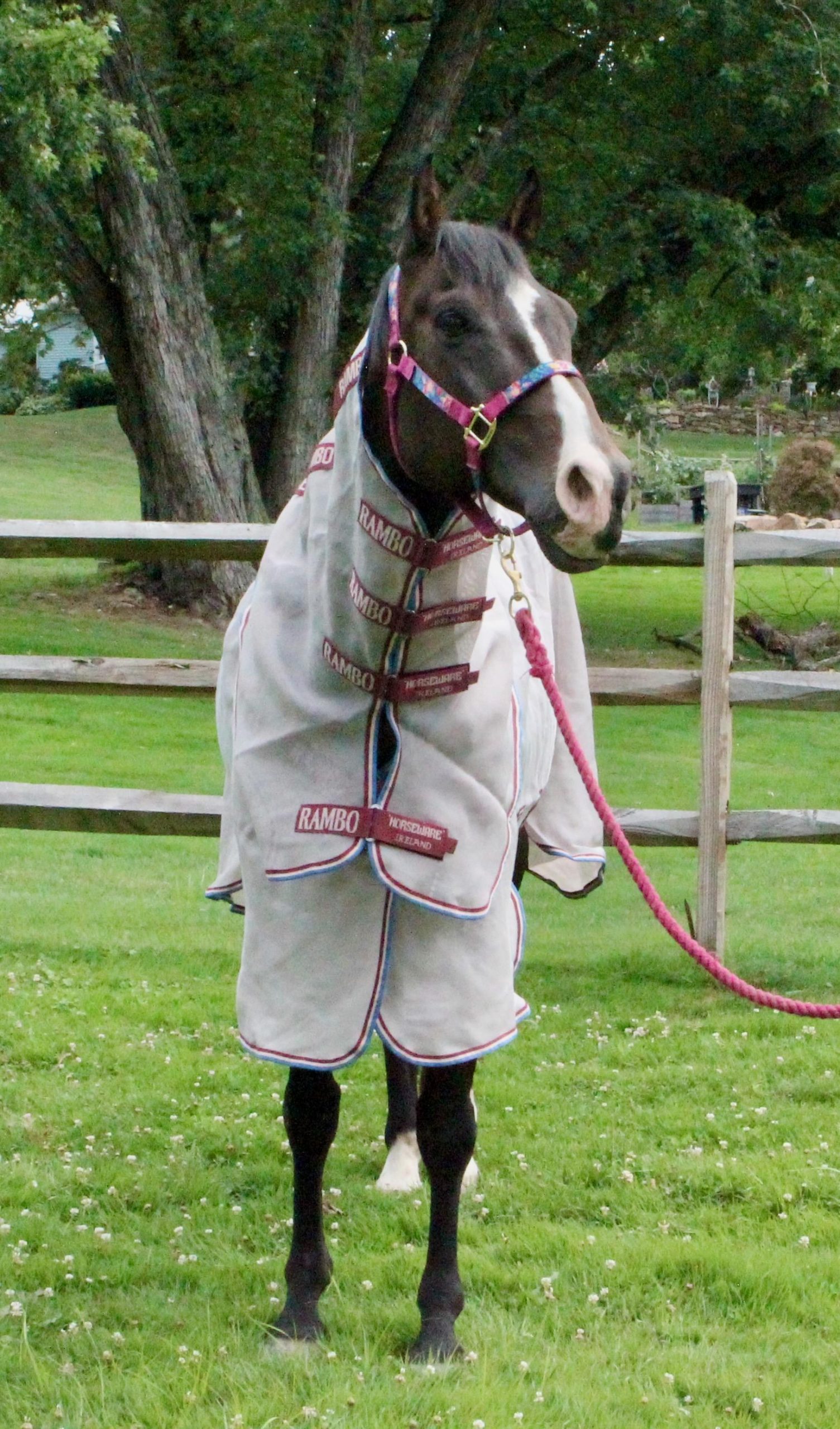 It was also clear that this fly sheet is designed to stay put. The belly flap has both Velcro and buckle closures, so it stays in place. The same goes for the chest. This offers extra reinforcement and makes it harder for Theo – who likes to bite at his sides and chest when he is especially itchy – to get the fly sheet off and bother his sensitive skin. In fact, we never had an issue with the fly sheet moving. All the buckles and Velcro stayed closed, despite the biting and rolling to which it was inevitably subjected. 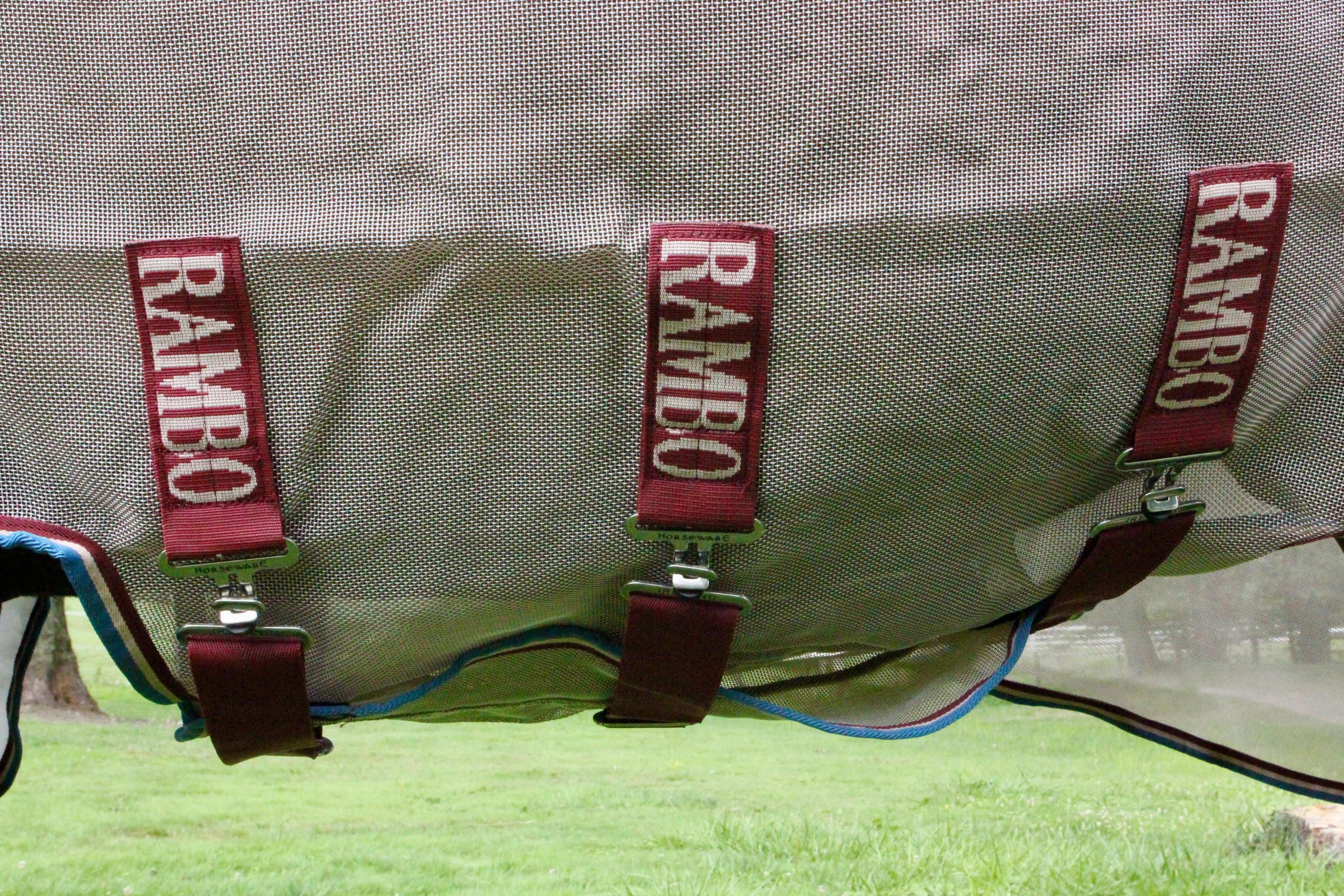 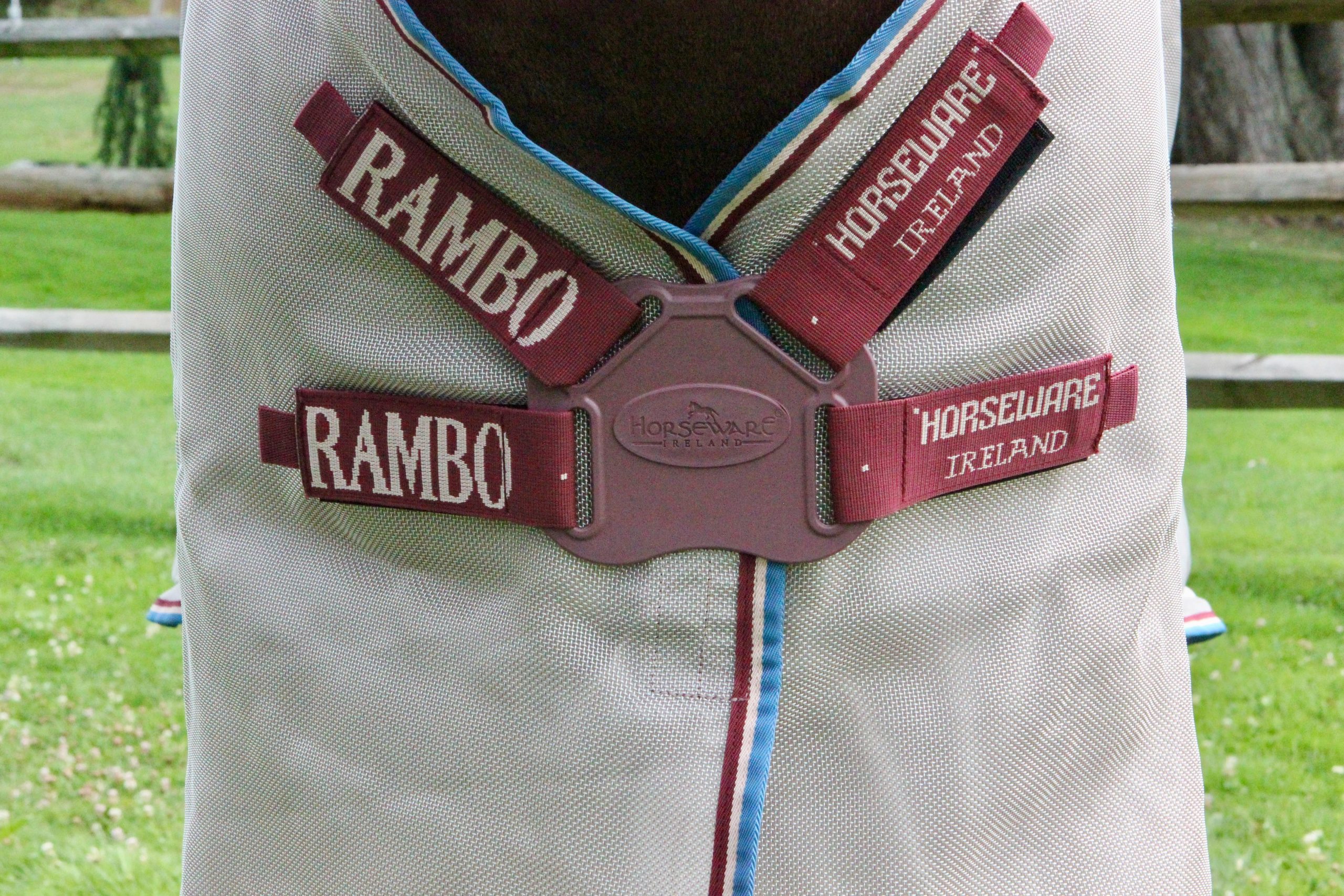 The material is built to last. Theo isn’t the hardest on his gear that we’ve seen, but he’s also not the easiest (in fact, he may have managed to rip holes in the sides of one of his other fly sheets in less than a week). Despite hard use all summer long, the Rambo® Protector Fly Sheet shows no signs of destruction. In fact, it seems as sturdy as the day it arrived. The only notable change is that it’s a bit darker (ahem — dirtier) than when we pulled it out of the box. The Velcro has stayed strong and the buckles in great working order. 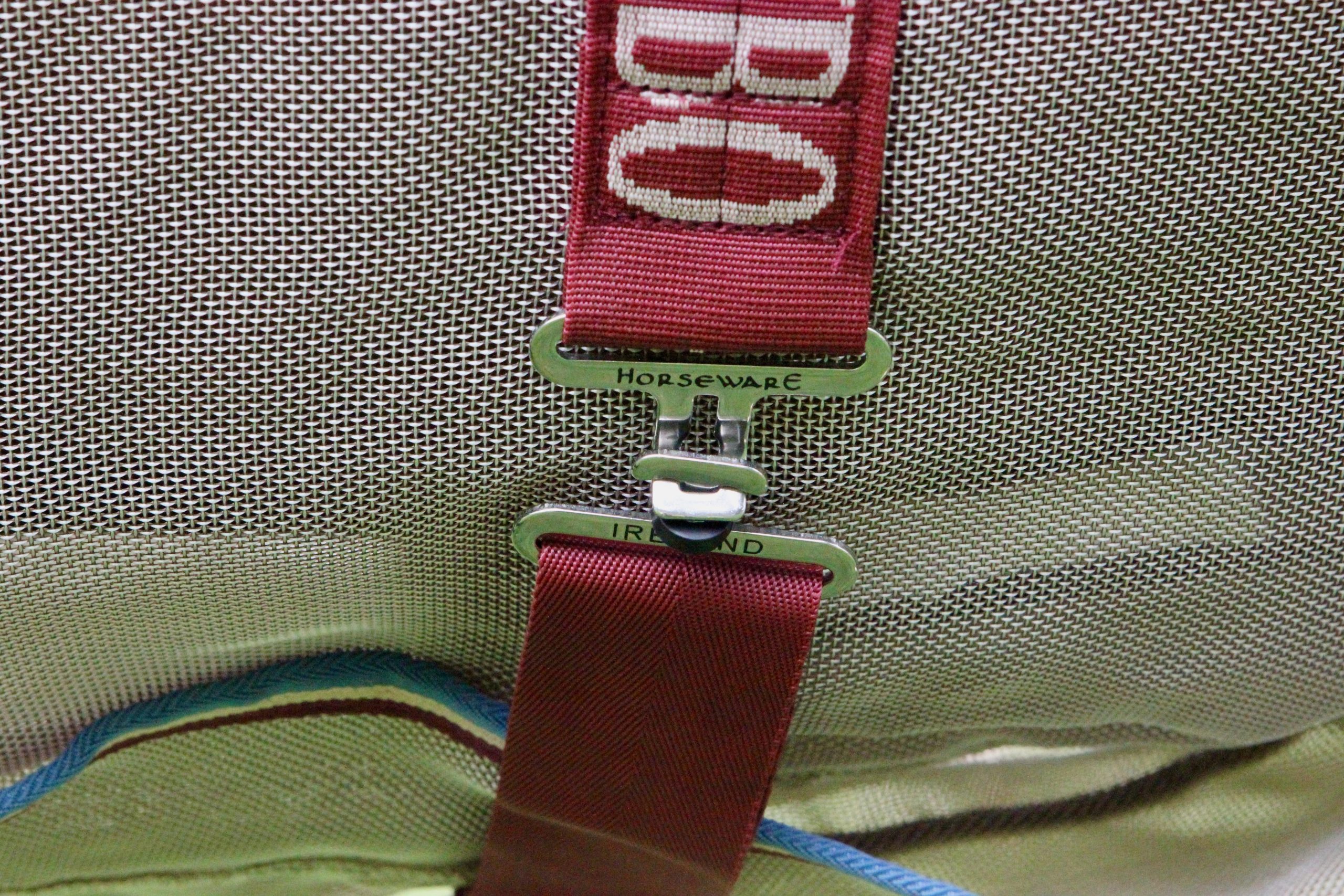 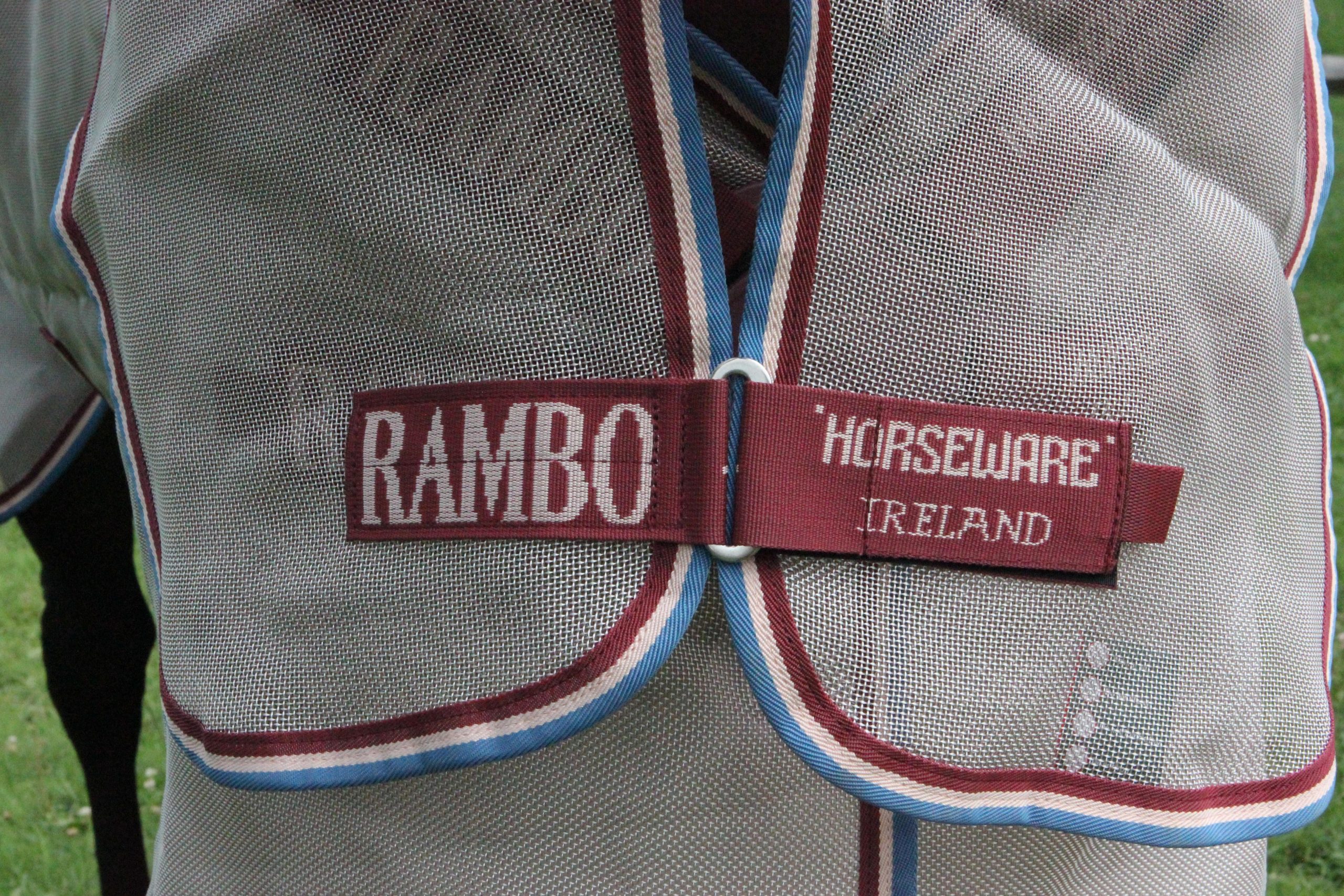 The sheet itself has no rips, tears, or pulls. The fabric is self-repairing, which is awesome. I will fully admit that I didn’t feel the need to poke holes in the fly sheet myself, but this video shows off its capabilities:

I have no doubt this would withstand a much more boisterous horse than Theo.

Overall, the Rambo® Protector Fly Sheet seems breathable. Admittedly, we did not test it out in extreme heat. Theo is in during the heat of the day, and his fly gear is removed while he naps in his stall with the fan gently caressing his mane. However, he was out with it throughout the evenings and days when it got relatively warm. We did not notice excess sweating or irritation.

Finally, the Rambo® Protector Fly Sheet sheet is easy to clean. It goes in the washer without a problem and it’s clear that it was designed with actual horses in mind (as opposed to the imaginary ones that don’t poop all over their trail straps). The tail strap is easily removable and is covered in rubber, so it’s easy and practical to clean. This is a small detail, but one that definitely is appreciated. 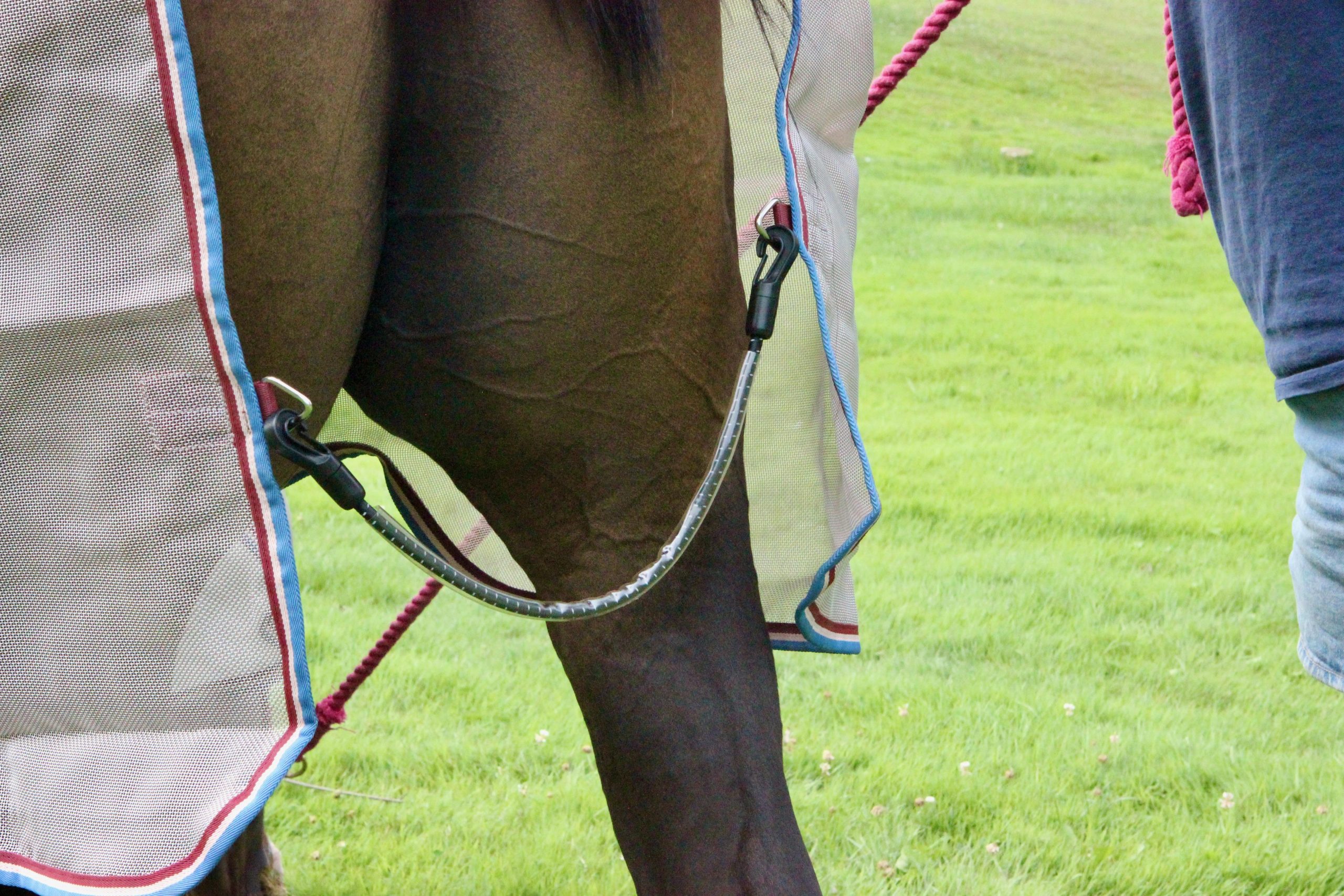 There’s no question that the Rambo Fly Sheet will be a staple in our barn. In fact, after testing it out, Theo’s owner is already planning to buy a second sheet for Theo to wear while the first is being laundered.