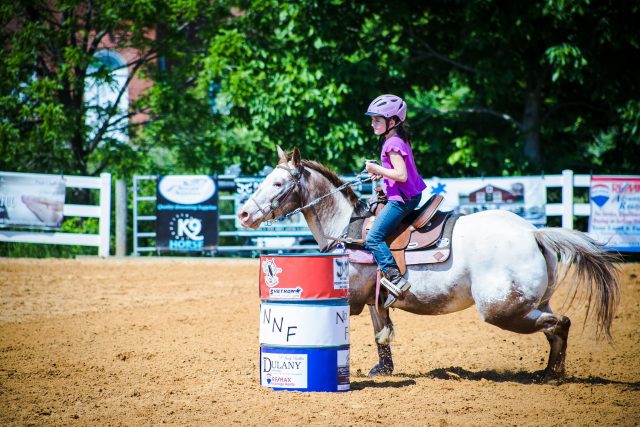 “I found out much later on that Pat told my mom that she thought I wasn’t going to stick with horses for very long. Boys would come along and I’d get tired of the horses and move on with my life and all of this wouldn’t have to be a bother to her… I guess Pat was wrong. Sorry mom.”

I did not grow up in a “horsey” family. I grew up showing dairy cattle from the time I was old enough to hold the end of a show halter. By the time I was 10, I was washing and clipping my cattle more or less by myself — although I will admit my poor mom was forever stuck cleaning the poop balls out of their tails. Did I mention my mom had no particular affinity for cattle and that it was surely not her idea to enroll me in 4H, sleep in the back of my pap’s Suburban on an air mattress and haul me around the county all summer long to drag my heifers around the ring for a $2 piece of fabric? Sorry mom.

My uncle hated horses and any time I mentioned wanting a horse he would scoff and call them dirty old nags. But one day, my aunt told my best friend and me about a farm down the road owned by an older couple that bought hay from them and how they had a bunch of ponies and would probably love the help of two horse crazy girls. So 11-year-old me and my best friend peddled our bikes down the road (I’m pretty sure unbeknownst to our parents) to ask these people if we could work on their farm with their ponies. I don’t even think we had cell phones at the time — can you imagine?! I’m really unsure of how exactly that conversation went, although I do remember knocking on their door and telling them who we were and how we came to be standing there on their porch. I remember sitting out back of my friend’s house later that evening dreaming about all the fun we were going to have and all the ponies we would get to ride that summer.

I think I could count on one hand the number of ponies we rode there over the course of the next year. I’m pretty sure only one of them was actually broke. Mostly they were just tolerant broodmares that had sense enough not to run off with these not-even-teenage girls flopping around on their backs. What I did learn was how to muck a stall. How to halter break a foal. How to fit an obscene number of bands in a halter horses mane. How to throw up outside of your tent the night before your first horse show. You know, the really important things.

The following spring when I turned 12, my parents finally gave in to my constant pleading to get a pony. I was allowed to take $500 from my saving to put towards purchasing one of the babies I had helped halter break the previous spring (summer of his yearling year is where throwing up outside of your tent at a horse show comes into play). 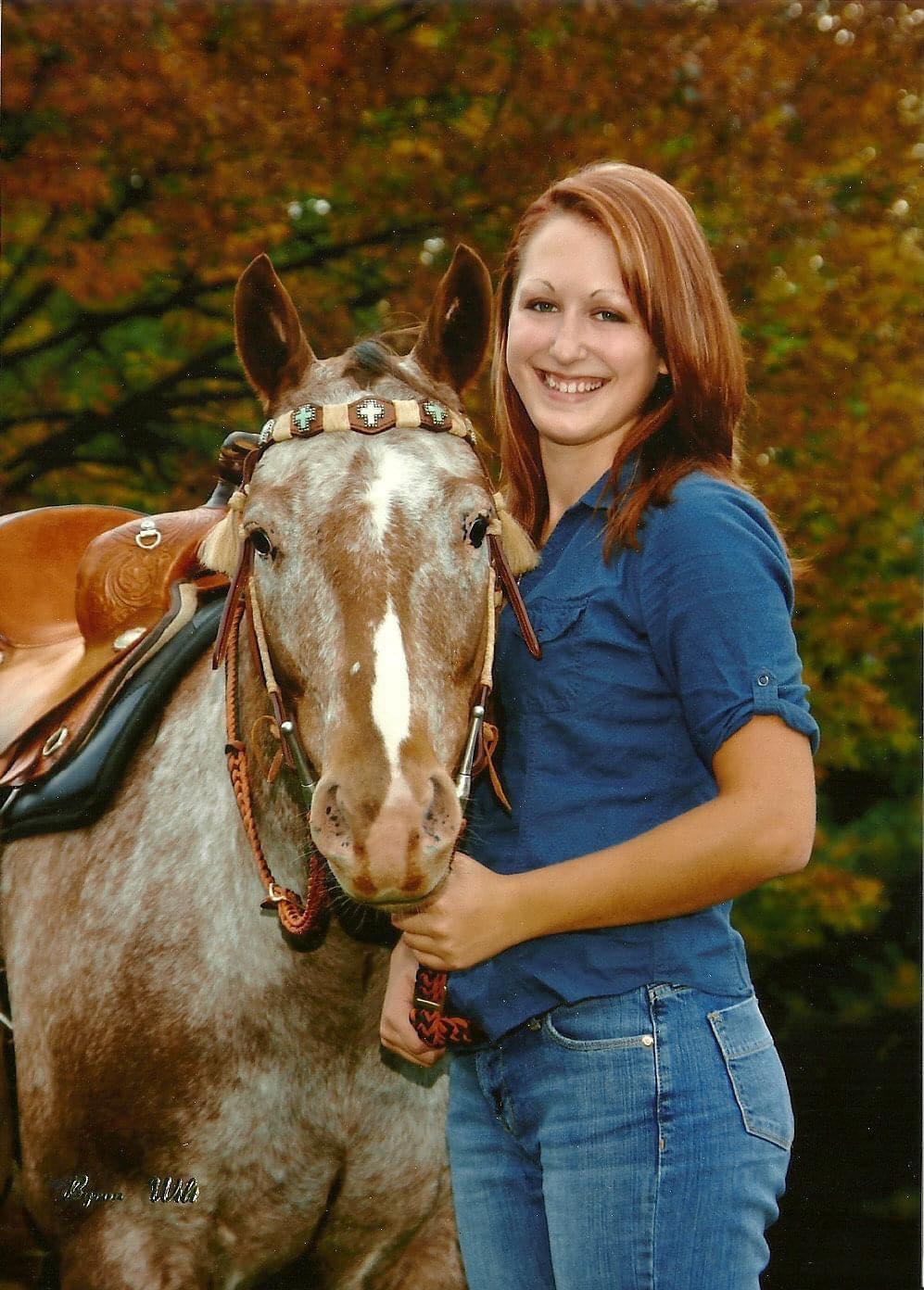 BW Bronco Billy, a 2002 gelding by Ruffs Tough Trigger out of BWs Raz Ma Taz, never got as big as they said he was going to get. He topped out at only 13.3hh. I found out much later on that Pat told my mom that she thought I wasn’t going to stick with horses for very long. Boys would come along and I’d get tired of the horses and move on with my life and all of this wouldn’t have to be a bother to her. Last night I loaded a 20 year old Billy onto the trailer to go run barrels with my 10 year old daughter. I guess Pat was wrong. 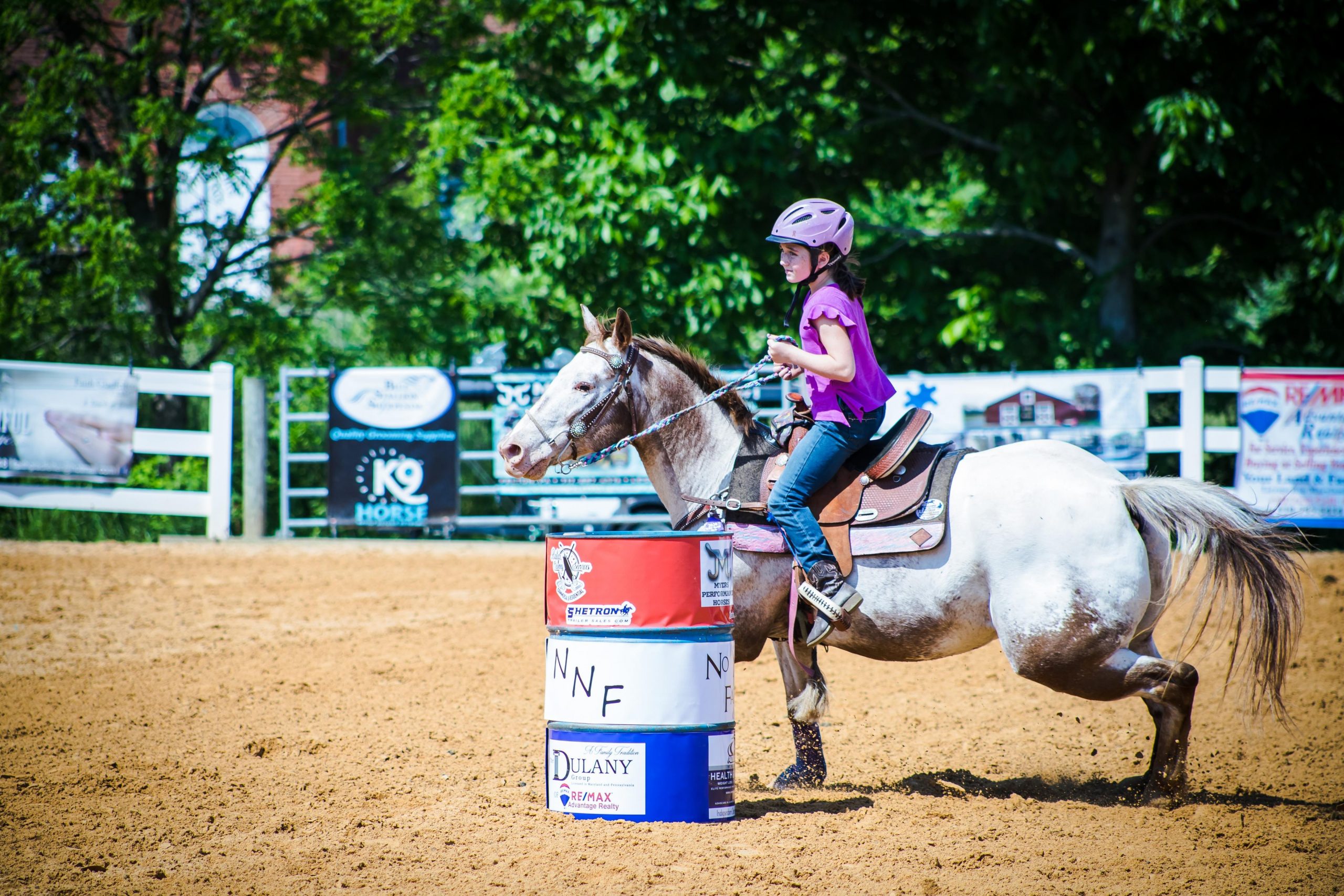 Hello, my name is Layne Shaffer, I’m 31 years old and reside in Thomasville, PA. I did not grow up with horses, I actually couldn’t really tell you of anyone in my family that is a “horse person.” My parents finally gave into my begging when I was around 10 years old and found a local woman who gave riding lessons — probably hoping that after six months or so I would lose interest. Now, 21 years later, I am the manager at one of the top Thoroughbred breeding farms in the state of PA, have competed at multiple IBRA National Finals, one Retired Racehorse Project Makeover and the inaugural TIP Barrel Racing Championship. What started out as English riding lessons and my parents allowing me to purchase my first pony at 12 years old, has turned into a passion for running barrels and the Thoroughbred racing industry. Most of the time I love my job and I enjoy sharing stories from inside the industry that buck the stereotypes that many people have about the Thoroughbred breeding and racing business. In the pathetically small amount of “spare time” that I have outside of something involving the horses at either work or home, I enjoy doing custom beadwork because, not only did I inherit approximately one third of my mother’s artistic talent, I 100% inherited her “I can make that myself” gene. I am also an avid Harry Potter fan, borderline total geek, but I promise that I did not actually name my current OTTB Floo Powder, that he came with that name, and it was simply a sign from above that he needed to come live in my barn. I’m currently somewhere in between ‘I can live with a completely torn LCL for the rest of forever’ and ‘I will get my knee fixed as soon as we get through the TIP Championships and MD Million Day.’ Either way, I’ll be the one hobbling around the Horse Park come October in a pink and turquoise knee brace — because who doesn’t opt to match all of their horses tack when they tell you that you get to pick the colors of your custom brace?