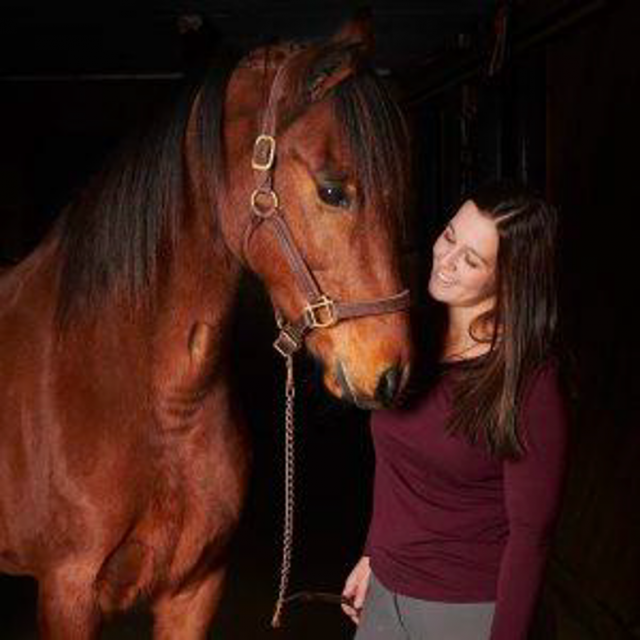 “I have had Isadore for two and a half years now. We have tried every discipline possible and he never seemed to truly excel at anything. It was frustrating! I have the experience needed to set him in the right direction. I have worked with park horses, jumpers, dressage horses, western pleasure horses. You name it, I’ve ridden it. What direction do you want to go, buddy? What is it you want to do?”

When I first got him, I was told he was untrainable. 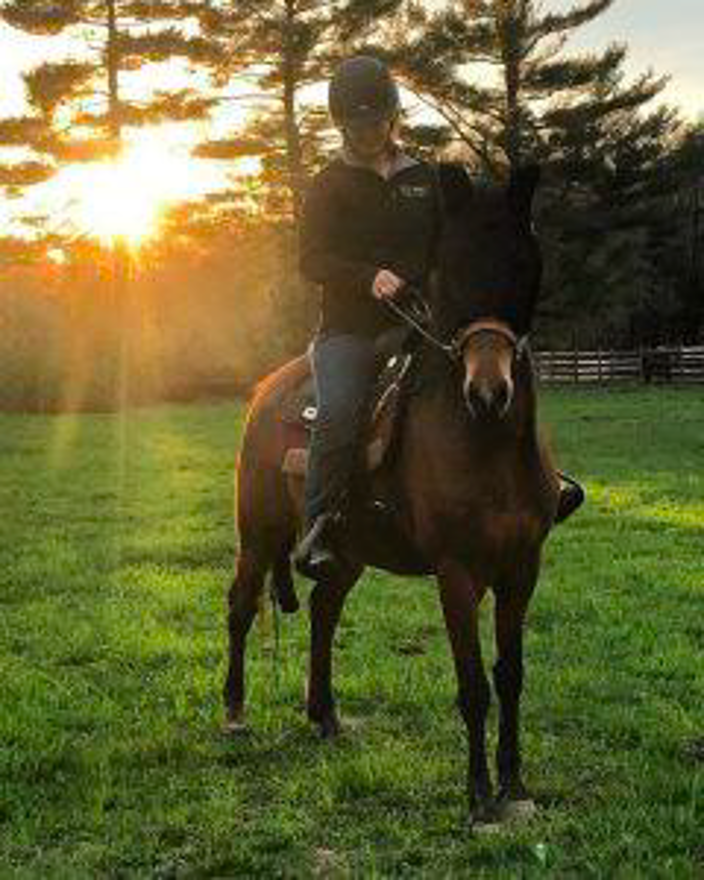 His name was Izzy. That couldn’t stay because that’s my dog’s name (can’t have two Izzys). Since then, he’s been Isadore, Isadorable, Mr. Isadore, The Majestic, ZeeZoo, Is, Mista Mista, and many other names. He was a drop-dead gorgeous registered Morgan Horse (he still is). I got him directly from his breeder, who had sent him out to trainers in the past with very little progress. This is where he got the label “untrainable.”

She told me that I could give it my best shot, and if I couldn’t make anything of him, she would take him back. She had bred many horses in her life, and told me there was only one who’s fate was unknown to her, and it haunts her every day. I promised her no such thing would happen to Isadore. If I were to sell him, it would only be to someone who knew exactly what they were getting and was on board with the challenges he presented.

I have had Isadore for two and a half years now. We have tried every discipline possible and he never seemed to truly excel at anything. It was frustrating! I have the experience needed to set him in the right direction. I have worked with park horses, jumpers, dressage horses, western pleasure horses. You name it, I’ve ridden it. What direction do you want to go, buddy? What is it you want to do?

You know the movie 50 First Dates? Adam Sandler has to teach Drew Barrymore the same thing every day. Isadore’s mind is like that movie. The retention of information is not a skill he possesses. The patience that you need to have to deal with a horse like that is out of this world, and I am not a patient person.

When I got him, Isadore was 6 years old and had never been backed. I backed him the second week I had him. I was so impressed. He took everything in stride, he progressed rapidly. We were walk/trotting solidly after a couple of weeks. I took him to his first show, a day show. He won every class.

This was it. This was the horse that was going to bring me to the top. I was going to sell him for the big bucks. He was going to fund my business, make a name for me, show people what I can really do.

You don’t want to know how quickly that crashed and burned. 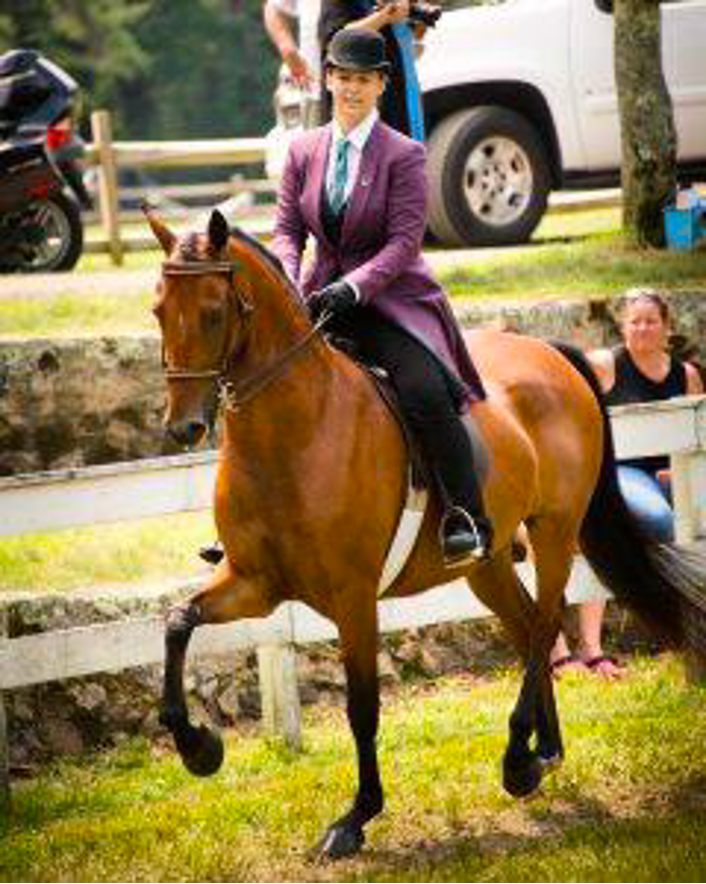 Show #2 is when I realized he could do it, but he didn’t want to. This one was a large breed show, the New England Morgan Horse Show. I brought him there just to school, he was not ready to go into the show ring.

Day one at the show, he went in every direction – except forward. Do you know how embarrassing it is to have your horse back into another horse in the warm-up ring? Try backing into five other horses. Now 10.

After five days, he was performing at the show just as he did at home. Walk, trot, canter, we had it down. He was on his way to being an awesome English Pleasure horse. That is, until the last day we schooled. We were in the warm-up ring with two other horses. It was quiet, a perfect schooling moment. Until the spook, that is. He went sideways, I came off. I brushed the dirt off of my breeches while he lost all of his confidence in a single moment. I’ll tell you – he never came back the same from that.

The third lesson Isadore taught me: When to accept defeat.

From that moment on, we would take one step forward and three steps back. We changed disciplines from saddleseat to hunter on the flat. He was pretty, but he was a ball of anxiety. 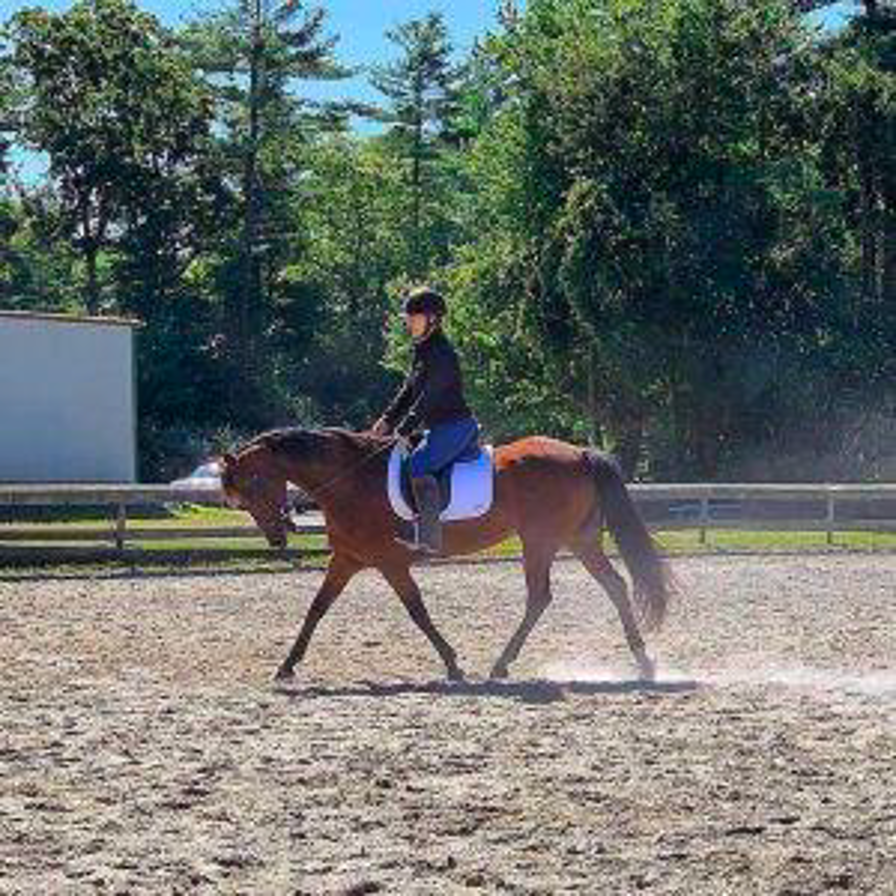 So we tried Western, maybe a quieter discipline would help him take the edge off. No dice. Next, we tried dressage. It went really well! He looked gorgeous doing it, he didn’t seem to mind the work, he was moving his body so nicely. This is it, I thought. This is the discipline he really excels at, and I can sell him to a great dressage home and he’ll live his days being pampered at one of those fancy dressage barns.

Then the three steps back started:

Sigh. Back to square one.

The fourth lesson Isadore taught me: Starting over can be fun.

Fast forward a few months, and we make a move from one barn to another. Our new barn has access to some huge trail systems. You can go out for miles and miles and spend hours in the woods, on roads, crossing streams, going up and down dirt bike trails. This is when I really discovered that Isadore has a skill… and he loves doing it. 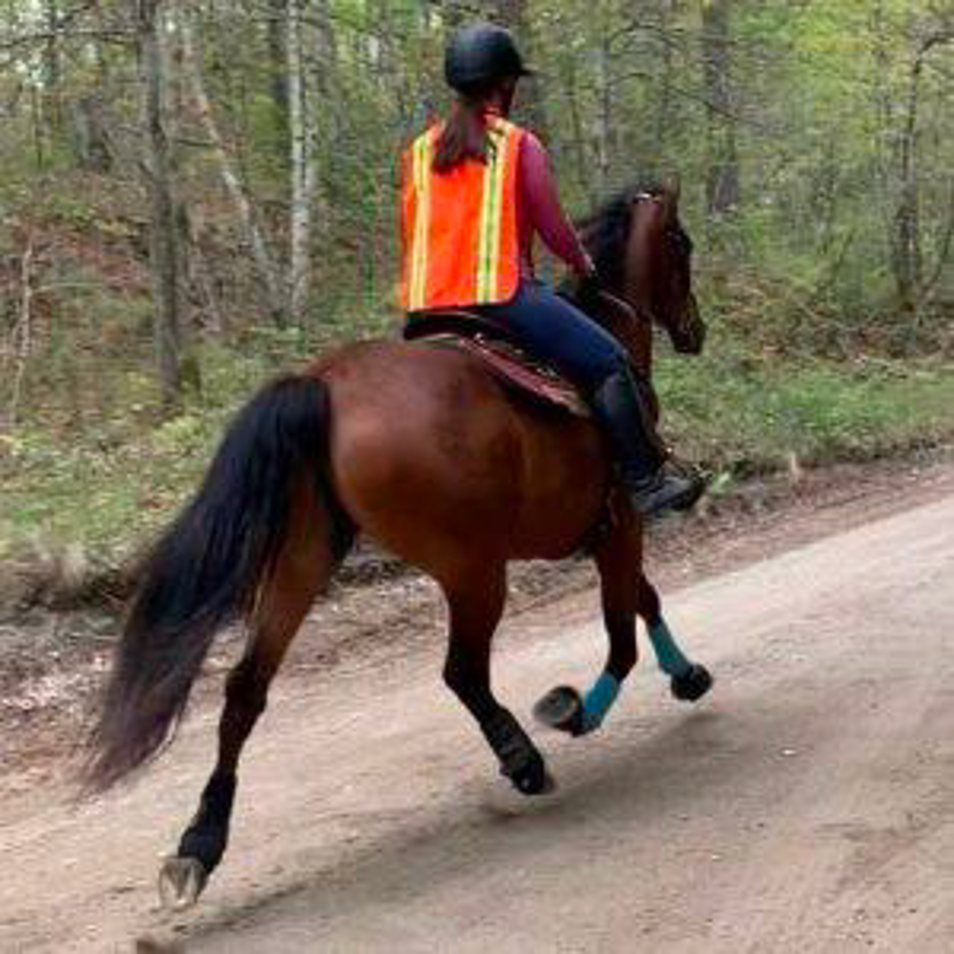 Isadore is an Endurance horse.

There is no question in my mind. We get out on the trails and he perks up. His ears never go back, his stride is forward and excited, the whites of his eyes don’t show anymore. Galloping up rocky hills and terrain is SO. MUCH. FUN.

Only one problem. I know absolutely nothing about Endurance.

I had to make a choice. Start in a new discipline, or try and sell him as an Endurance prospect and hope that whoever buys him can turn him into something great.

I think you guys know where I’m going with this.

First thing I did was join every Endurance Facebook group I could find. I started asking questions. I got a new Endurance saddle and a fancy Hylofit to keep track of his fitness. I found people willing to give me advice on starting an Endurance prospect. I rode him for miles. We rode for hours. I held my breath and let him do the thinking for once. 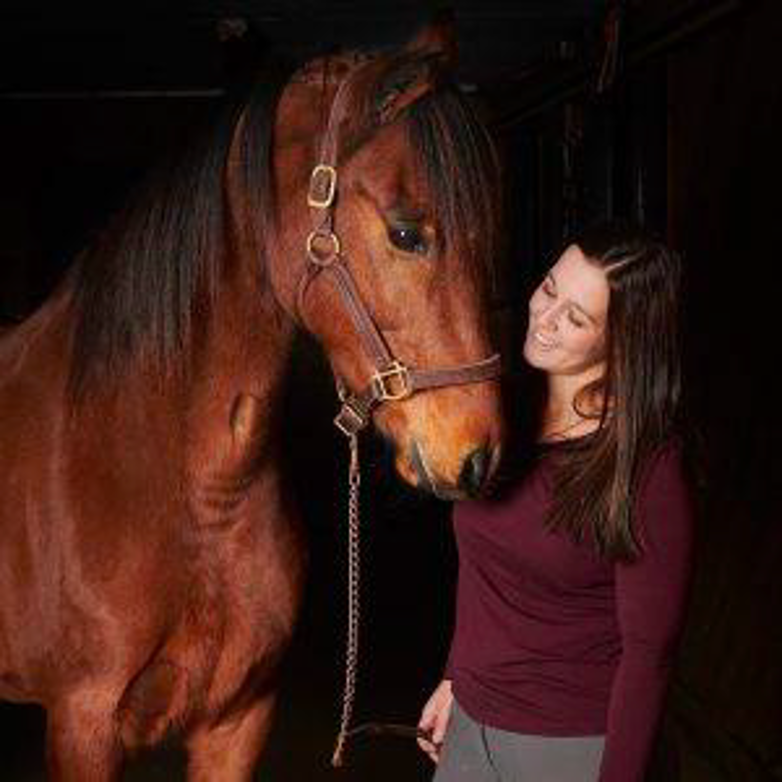 About Jamie Maguire:
My name is Jamie Maguire. I am a professional in the equine industry, currently working as the Equine Manager at the UVM Morgan Horse Farm. I am 30 years old, and have been an avid horseperson for way too long. I am an honest writer, and tend to do the whole “write and hope my readers get my humor” schtick. I’ve written some blogs for SmartPak in the past while I was employed with them and have attached the one I like most about my Morgan, Isadore. Isadore was supposed to make me rich but instead he made me soft. I guess that’s fine, because he’s the best.
Tweet