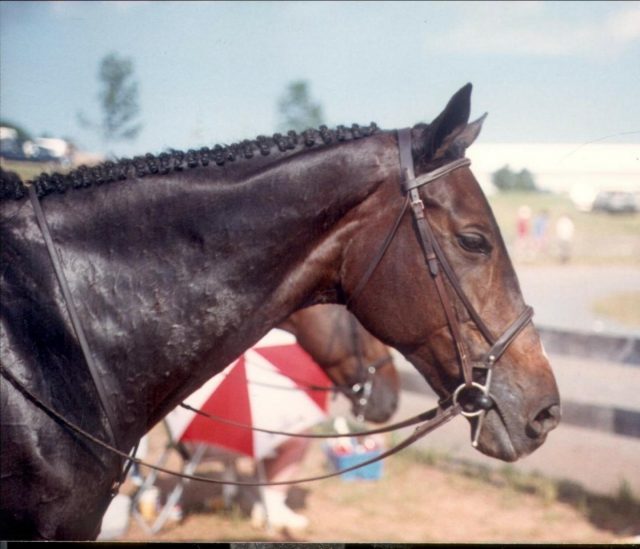 My first horse was named after embalming fluid…

What’s in a name? That age old question becomes very complicated when you are a Funeral Director AND an Equestrian. And I am both, which makes me both tired and penniless. But I digress, and as for naming horses, my first horse was a spunky little mare who came to me dubbed as “Getting’ Kinky” — slightly disconcerting to a 17-year-old in the 1980s (late 80’s — I’m not THAT old!). 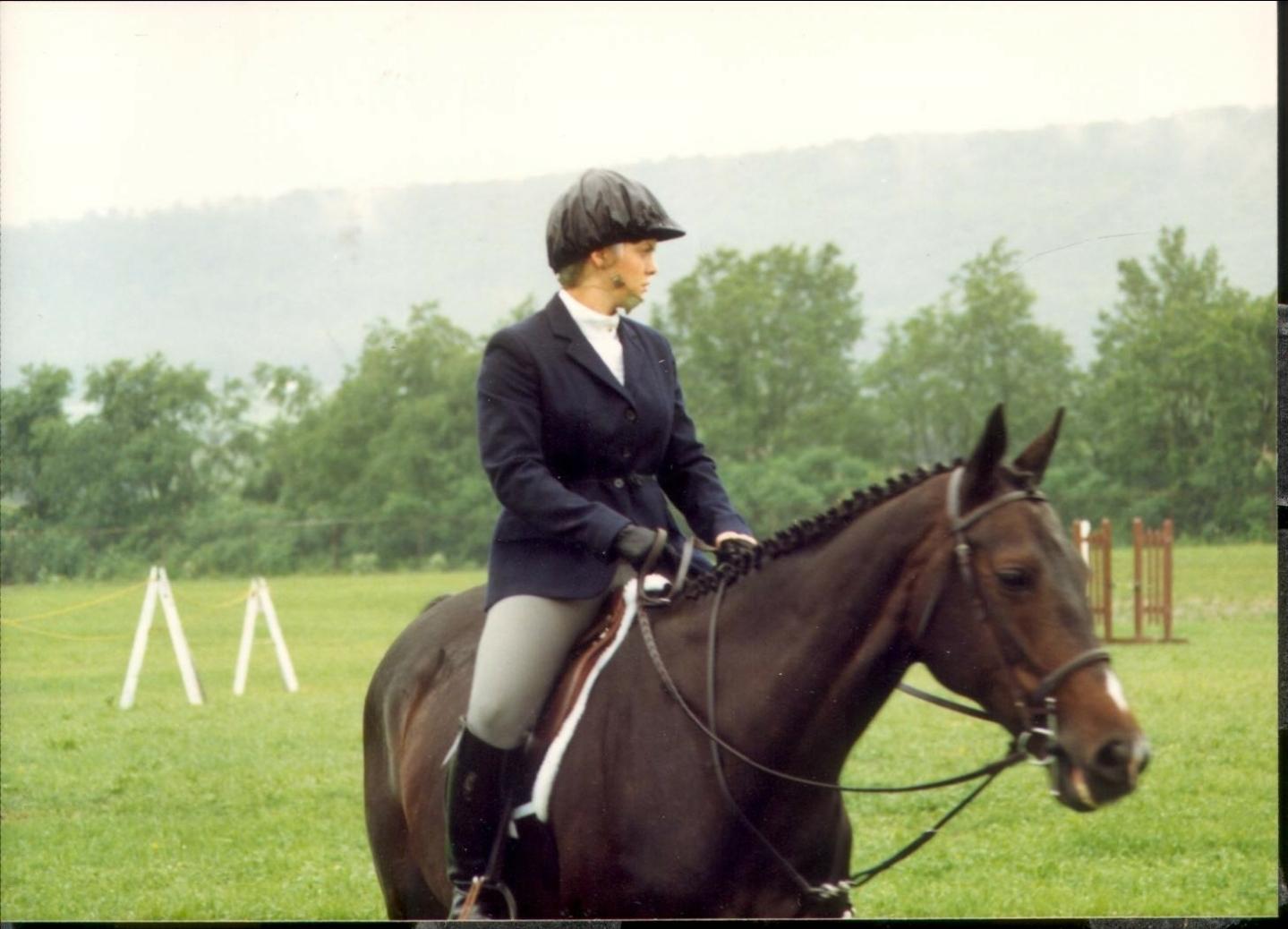 I wanted my new partner to be remembered for the incredible things we were going to do, NOT her “Kinky” name. So, the renaming began. Liquor names were popular back then: Brandy Alexander, Sweet Old Fashion, Amaretto Sour, Negroni … nope, not hitting the mark. Movies were next: Princess Buttercup, Some Kind of Wonderful, Legend … nope to the movies.

Then I glanced down at the pad I was jotting all of these names on and right at the top was “Pierce Chemical – Royal Bond Embalming Fluid since 1946”. As Gru from the Minions Movies would say, “LIGHTBULB!” And at our next Show she was announced as “Royal Bond,” a regal title for a spunky little OTTB.

I thought I was brilliant — her name was memorable, easy to pronounce at shows for the announcers and would fit nicely on a halter plate. PERFECT! Until someone asked me how I came up with her name, and me being me, told them “Oh, she’s named after Embalming Fluid.” After that I became known, not for my fabulous riding or my spunky OTTB, but for being the girl who has the horse named after funeral products. And that was the beginning of the “Equestrian DarkSide.” 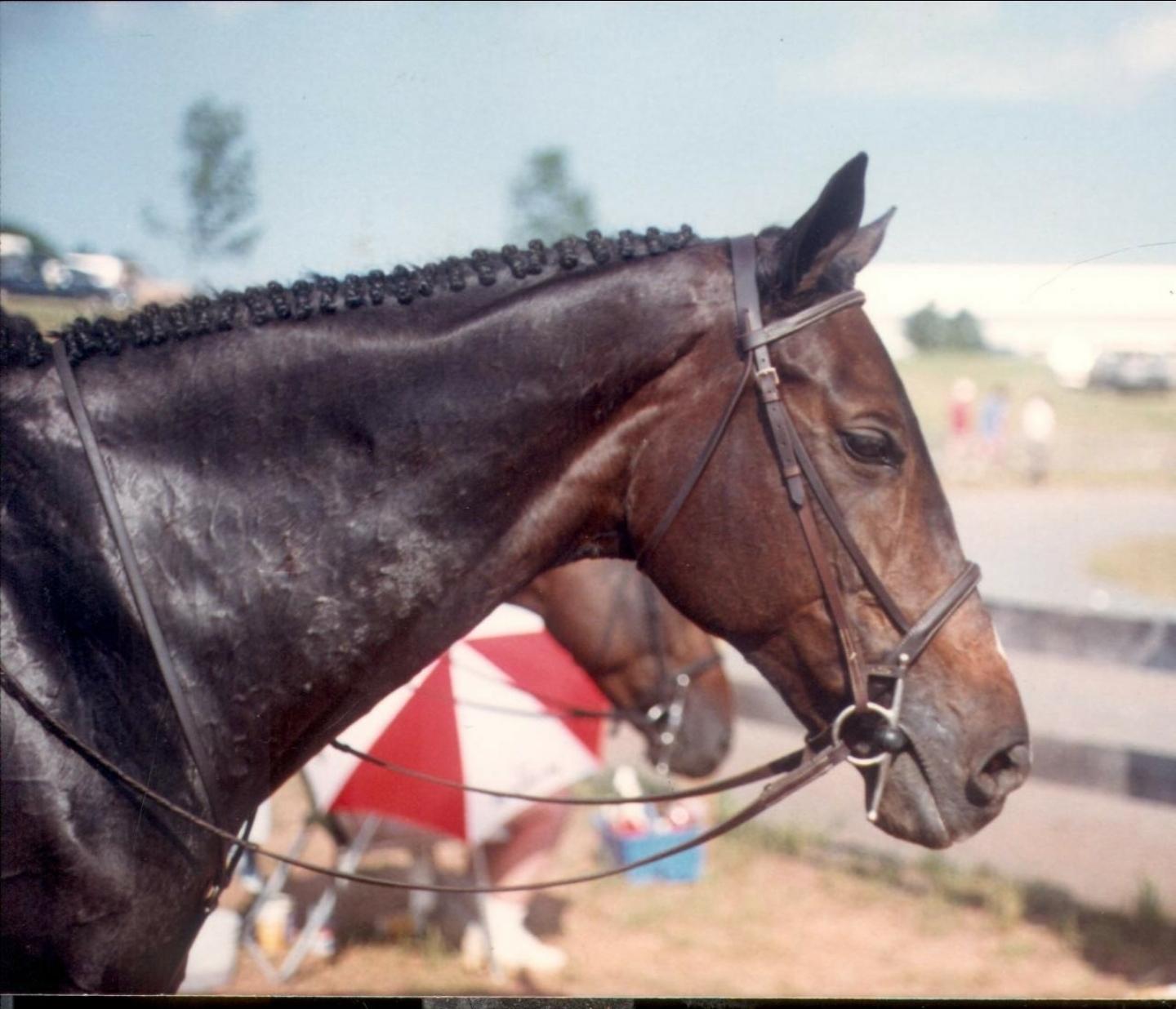 Oh, and by the by, I dubbed my next horse “Bernine.” Rhat’s right, the dead guy from “Weekend at Bernie’s.” Hey, don’t mess with a good thing!

About Becky J. Cocklin:
My name is Becky J. Cocklin and I am a 52-year-old Funeral Director and Equestrian. I started my equestrian obsession as a 13-year-old mucking stalls at a boarding/training barn in Dillsburg, Pennsylvania. I started riding hunters/equitation at 17, graduated from Wilson College with BSs in Equine Studies, Business and Finance and Small Business Management. I applied to continue on to Vet School but due to my father’s health, was sidelined helping in the family’s funeral home.  Another two years of schooling at Pittsburgh Institute of Mortuary Science, and I am now co-owner of Cocklin Funeral Home, Inc. I also have my own small retirement and equine hospice farm, Remembrance Farm, that keeps me sane.  I care for retried show, pleasure and race horses and give them a safe place to live out their final days as “Horses.” Right now, I have 7 ranging in age from 10 – 31.
My defining qualities: Tired, always very tired; Creaky, most of my joints don’t have full RoM anymore; Sarcastic, probably because of tired and creaky; “Fluffy”, due again to tired and creaky and the ability to live on Diet Mt. Dew, peanut butter cups and ice cream or anything else that can be eaten at 12:00 AM when all the work is done. BUT, I have the great ability to laugh at myself and the goofy ponies of Remembrance Farm every day.
Embarrassing tidbits: I have set off my own pager to get out of “People social thingies” to go back to the barn to ride or MagnaWave one of the horses. I have also gone on several death calls still wearing my riding gear, covered in sweat and dirt (the dead wait for no-one or for that no-one to shower). I attached an add for a 4yr old OTTB to an Obituary (instead of the picture of the deceased) and sent it to the Papers. And the best was leaving two syringes of sedation that I had picked up from the Vet and that needed to be refrigerated, lying on the Clergy’s lectern at the front of the Funeral Home’s Chapel the morning of a funeral and watching the Pastor trying to figure out what they were, who they belonged to and how he could hide them with his Bible. (yeah, I’d have to say that was my greatest A-hole moment, thank god I’m blond, well, kind of…). So, as you can see, I can laugh at myself….
Tweet