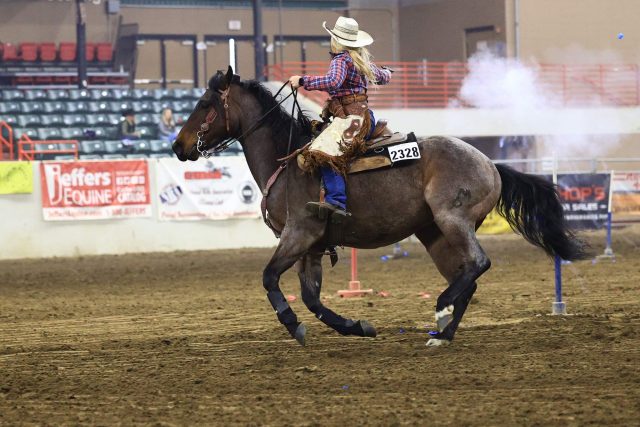 Over the course of the past few months Payco and I have competed in our first four shows. We competed at the Florida State Championship and Futurity, the Jeffers National Championship, a more local Northern Ohio Outlaws shoot and the TLC Equine Classic and Futurity.

To say that it’s been a rough go is an understatement. There has been SO MUCH to work on and learn that it has been a disheartening experience for the majority of the time. I feel like we do so well together when we practice but at shows we fall apart. 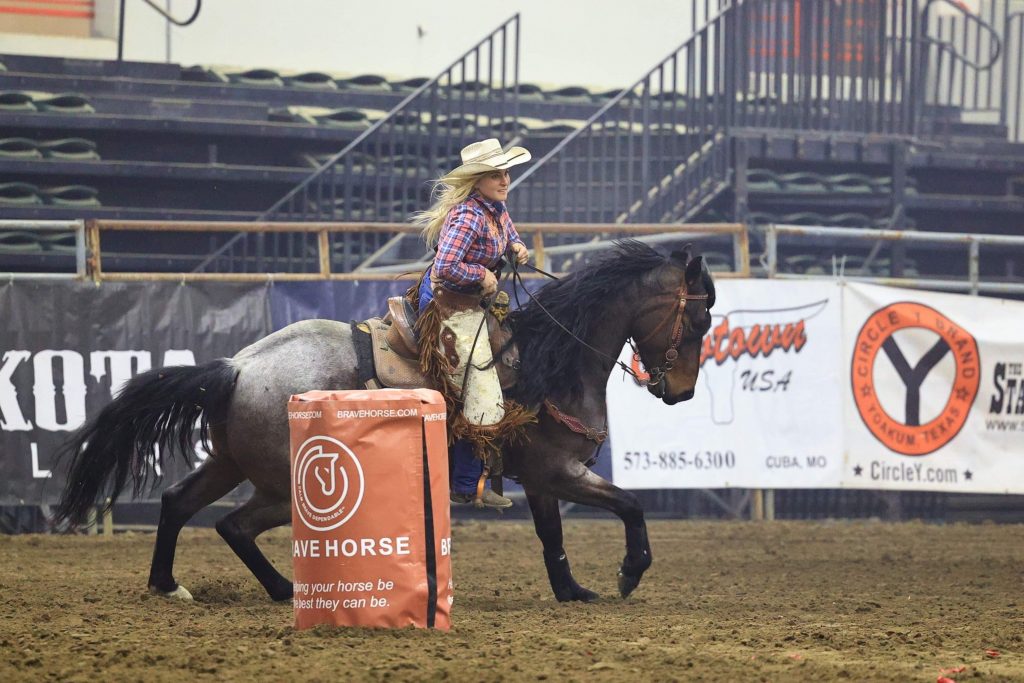 I’m holding on his face too much, I forgot to use my legs, my reins are too tight, my reins have too much slack, or flat out, I’m just not riding. Then sometimes Payco goes in so strong that he does not listen to any cues and just runs off with me — which is my least favorite situation. He’s good for it at least one stage over the course of the weekend. It’s usually the next to last stage of the weekend. We then have a HUGE schooling session then he’s an angel for the last stage.

But how do I correct and avoid those absolutely HORRENDOUS moments when I’m supposed to let him continue on the line to build confidence or when he blows off my seat, leg AND hand cues? For lack of better words, Payco can really be a little $h!+ sometimes. I need to ride him more like a performance horse rather than a baby, but when I do he has baby moments. Quite frankly, the balancing of being correct with all these mechanics is taxing to my mental and emotional health

Payco’s less than desirable moments at shoots are embarrassing, confidence breaking and trust shattering instances. Out of the four shoots we’ve competed in thus far, there’s only been one where I haven’t cried — and when I say cry, I mean CRY. Actually, it’s become such a frequent occasion that I’m actually getting better at holding it in while in front of people and not letting it loose until I get back to my trailer. 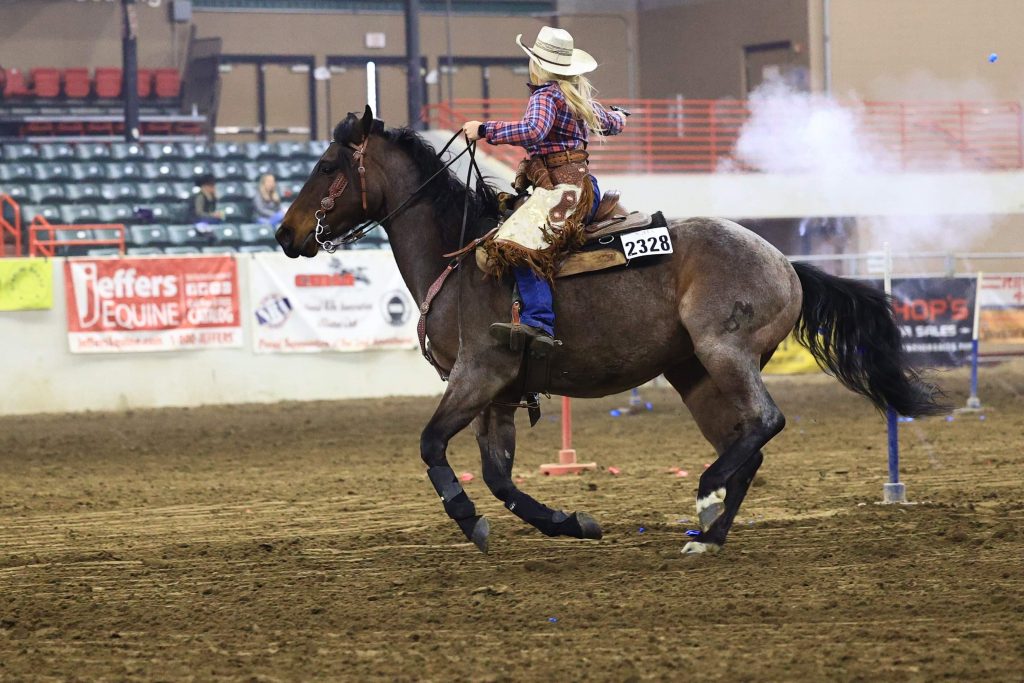 The entire process is crushing especially in regards to my love for riding and the sport of mounted shooting. I’ve gotten to the point where I’m not interested in even riding anymore. I could not give a tinker’s damn about shooting on the weekends or even going to the CMSA Futurity. It’s amazing how my confidence and excitement went straight to hell after four lousy shoots.

It’s been a downhill spiral since the beginning of the year. My goal was to get lessons twice a week on Payco. To ride under instruction was a crucial part of this experience for me. Unfortunately, with the cost of fuel continuing to rise, making a four hour round trip twice a week is quite unlikely. Honestly, even making the trip once a week is steep. 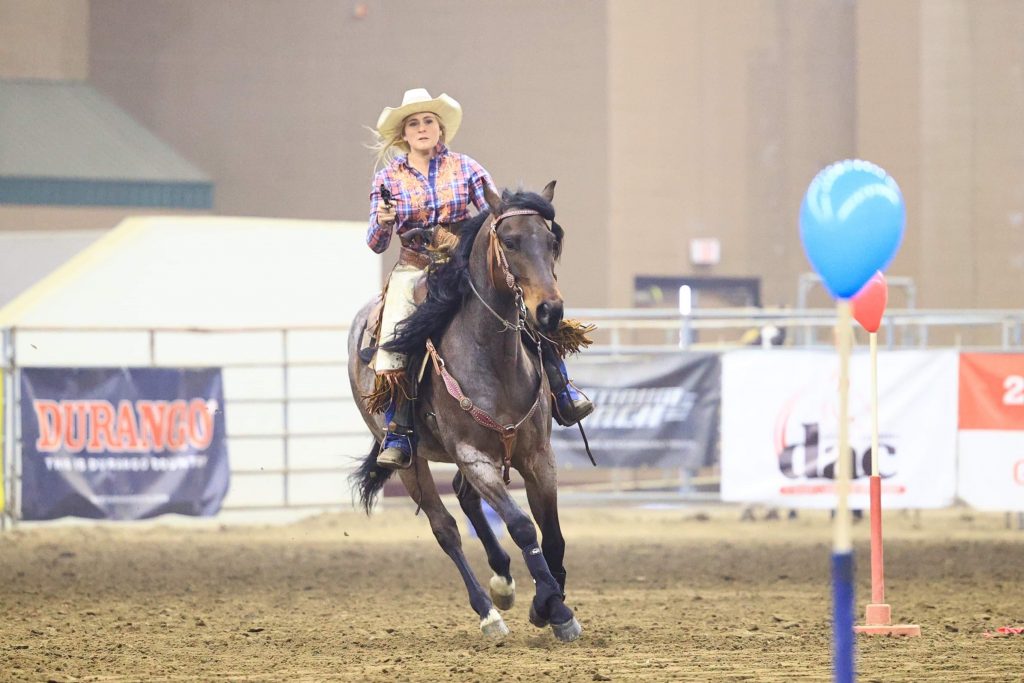 While I don’t really want to even ride at this point, quitting is not an answer. I’m going to push through, continue going to mounted shooting events twice a month and re-evaluate our progress come August.

At this point in time it’s difficult for me to see a positive end result because I’m so mentally shut down, but I do know that extraordinary long term results are coming. Truthfully, I would hate to be anyone who has to compete against us when we get together as a team. The little bugger is fast as a rocket and can really put himself in the dirt.

I try to remember back when Buns and I were at this stage. Where Buns was young, thought he knew the game and started blowing me off. We worked hard, I cried regularly and then boom, we became tough competitors in our class. 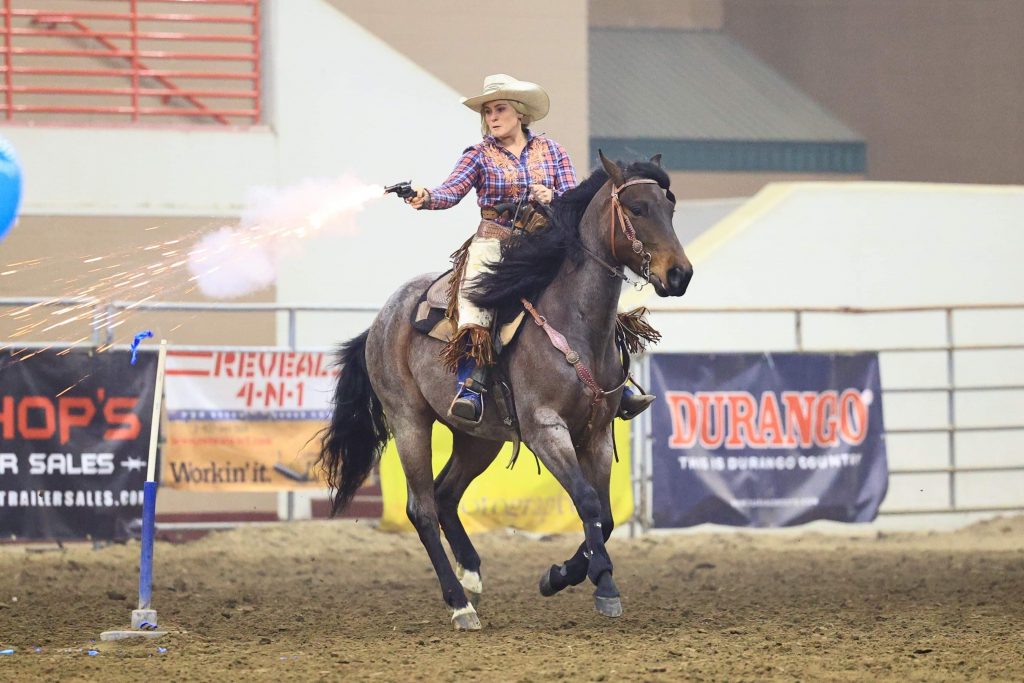 Payco and I will get there — I have to keep telling myself that. Telling myself not to give up, not to take intense lessons personally, not to let our mistakes bury my confidence so deep down that it’s hard for me to find it again.

Over the next four weeks we have three shoots, one of which is another major shoot. I’m going to take it day by day and hope for positive results. If we do not have positive results, my goal is not to take it so personally and to keep trying. This may seem like a small goal, but for someone who is teetering with giving up, meeting that goal will be a huge success.