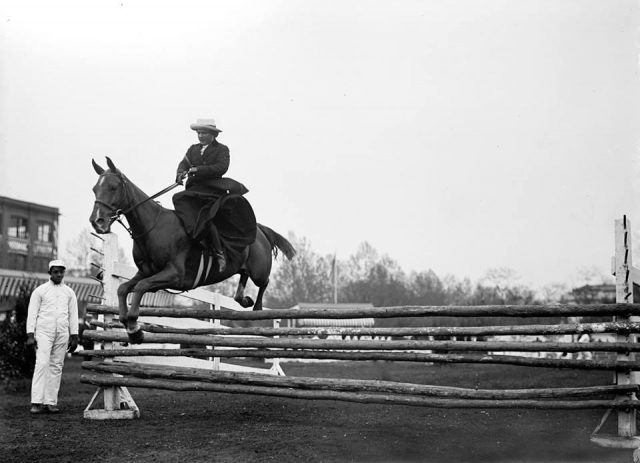 The next installment of Equine Girl Bosses introduces the Rives Sisters. Amelie and Gertrude were exceptional horsewomen and writers — we can get behind that!

After inheriting Castle Hill — a 1,500-acre estate in Virginia — Amelie and Gertrude Rives broke the mold for southern belles and wrote themselves into the history books.

1. Much like the Empress of Austria, the Rives sisters had an unusual upbringing.

Taught exclusively by private tutors, the sisters loved books, their tastes ranging from Darwin to Greek philosophy. They spoke fluent French and Latin, played the piano, sketched and rode horses.

Historians note the sisters were considered “very coarse in [their] day.” Keith Nyland states, “When young, Amelie smoked, drank, and rode hard … she wore heavy boots and pants and was known for fence jumping on horseback…”

Perhaps they took after their great-great-grandfather, Dr. Thomas Walker. He was noted as being a great sportsman reveling in feats of strength that garnered the expression “The Devil and Tom Walker.” 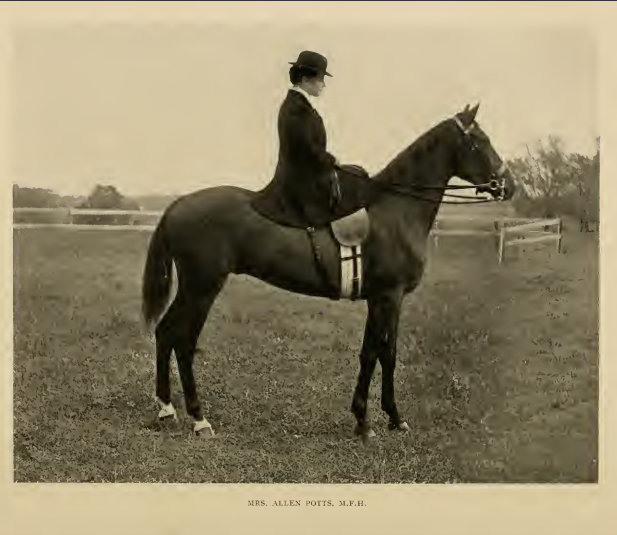 The Hunts of The United States and Canada, A. Henry Higginson, M.F.H. and Julian Ingersoll Chamberlain, 1908.

2. Gertrude was a true Master of her domain.

Gertrude took over the management of Castle Hill after their father’s death in 1903, restoring the property and the foxhound pack by importing ten pureblood English hounds. She also bred and schooled her own horses.

In 1905, she attended the Grafton-Middlesex Foxhound Match, acting as Honorary Clerk. After witnessing the hunters’ speed, she realized Castle Hill could be bigger and better. Going door to door, she petitioned 72 landowners for permission to ride across their land. All of them consented, giving the Castle Hill Hounds a full 10 square miles of hunting grounds in Albemarle County.

She hunted up to three days a week. The Hunts of the United States notes, “The country, which is quite open, is fenced throughout with the typical Virginia fence, the ‘snake fence,’ and the jumping is quite stiff, though sound take-off and landing make good going. The Fields are small, eight to ten being the usual number, but enthusiastic, and they are always out to go. Foxes are fairly plentiful and are hunted most of the time, though once in a while the Master lays a drag for those of the Field who wish a bruising gallop.”

Gertrude often rode morning to night, as noted by Burke. “Mrs. Potts [nee Rives] would ride out before daylight … a visiting fox was often chased all the way back to the craggy peaks of the Blue Ridge Mountains, and on such occasions, [she] would not ride home until late at night.”

She was finally acknowledged as a Master of a recognized American hunt by the Masters of Foxhounds Association (MFHA) in 1908. She was the first woman to do so, but by 1935, 22% of the Masters recognized by the MFHA were women. 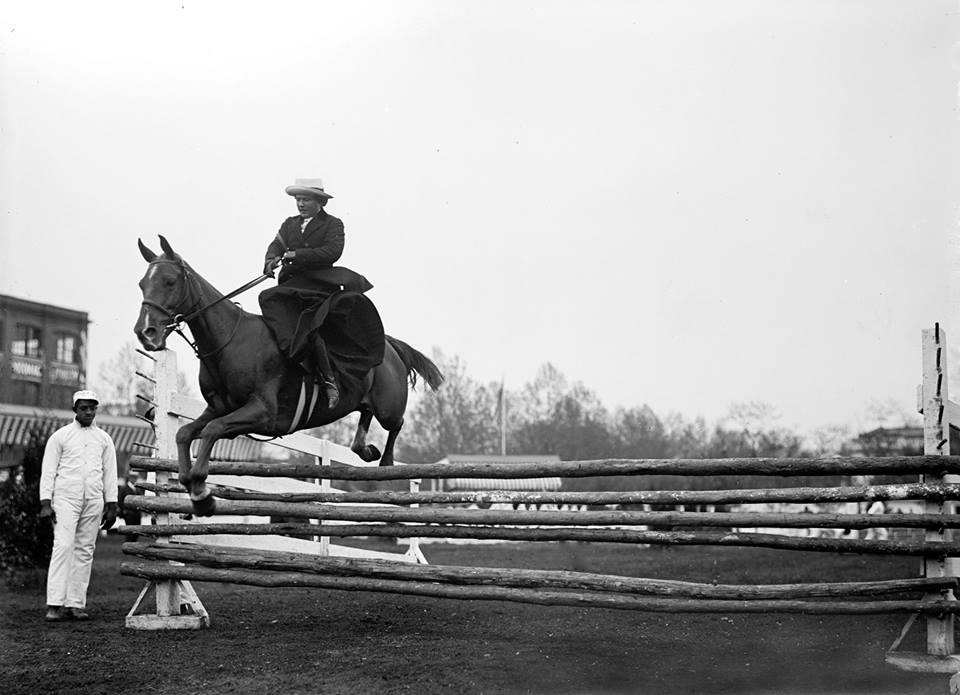 3. They were both writers.

The sisters lived at Castle Hill their entire lives and loved it so completely that it would become the setting for many of Amelie’s novels. Katherine Seidel remarked about her early characters, “… a talented horse-woman, [they are] motherless, young, exuberant, and skilled in music. Somewhat removed and sheltered from life, flawed by a ‘vein of romance in her composition,’ she desires not so much a man as the ‘gallant cavalier’ of a Scott novel.”

In Trix and Over-the Moon (1906), though, Amelie breaks from this form, writing a protagonist seen “running the farm, buying and breeding stock, giving horses hypodermic injections, paying bills” and “sweating while she does it.” The character rides horses throughout the novel, even during pregnancy.

Gertrude stuck to non-fiction, penning letters for a publication called The Story of American Foxhunting, edited by J. Blan Van Urk. Her works included the history of the Castle Hill Hounds — whose foundation stock was imported from England in 1742 by her great great grandparents — and the particulars of her petition to the Masters of Foxhounds Association for her mastership. 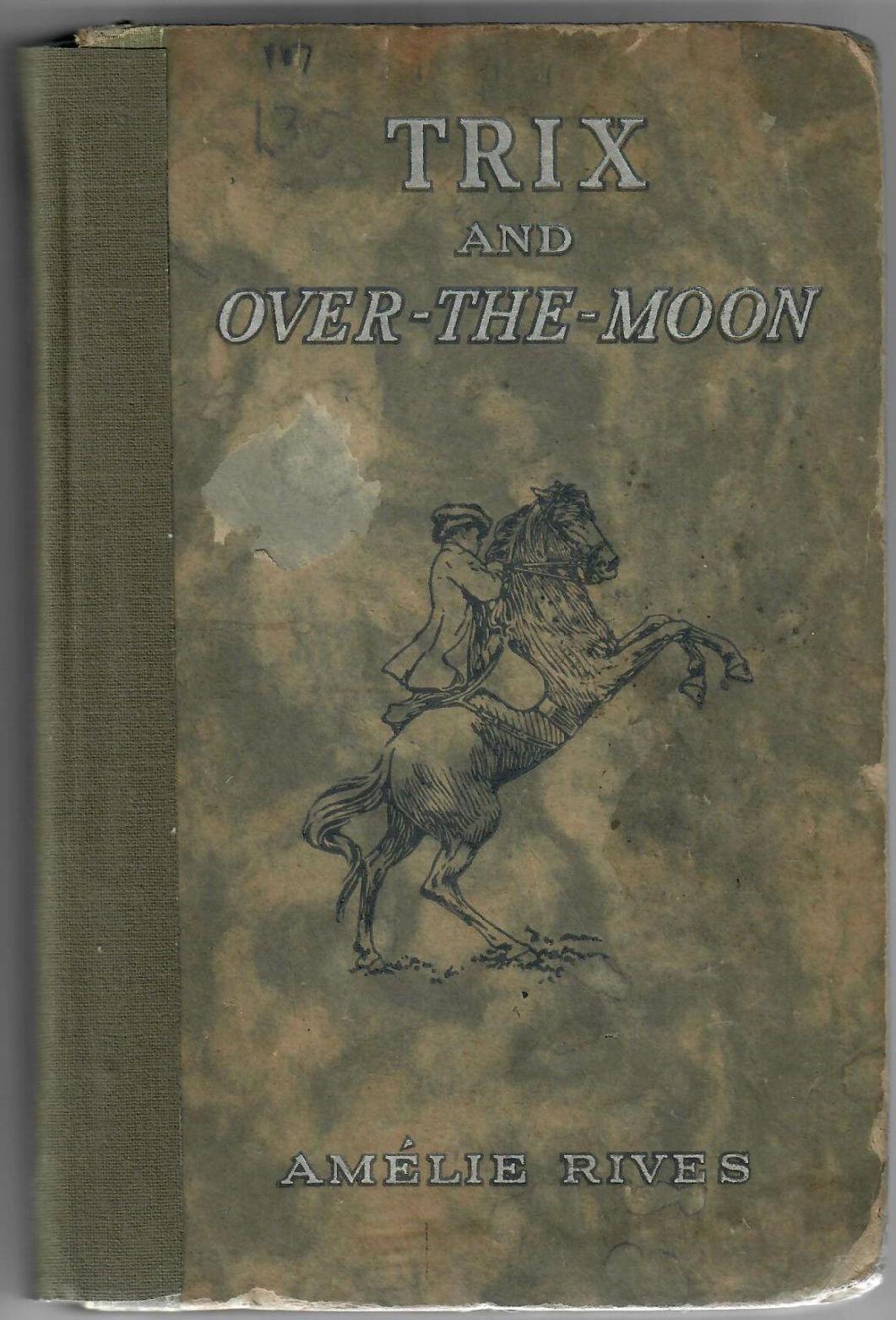 The Hunts of The United States and Canada: Their Masters, Hounds and Histories, A. Henry Higginson, M.F.H. and Julian Ingersoll Chamberlain, 1908, sceti.library.upenn.edu.

The Southern Lady Gets A Divorce: ‘Saner Feminism’ in the Novels of Amelie Rives, Helen Lojek, 1979, JSTOR.