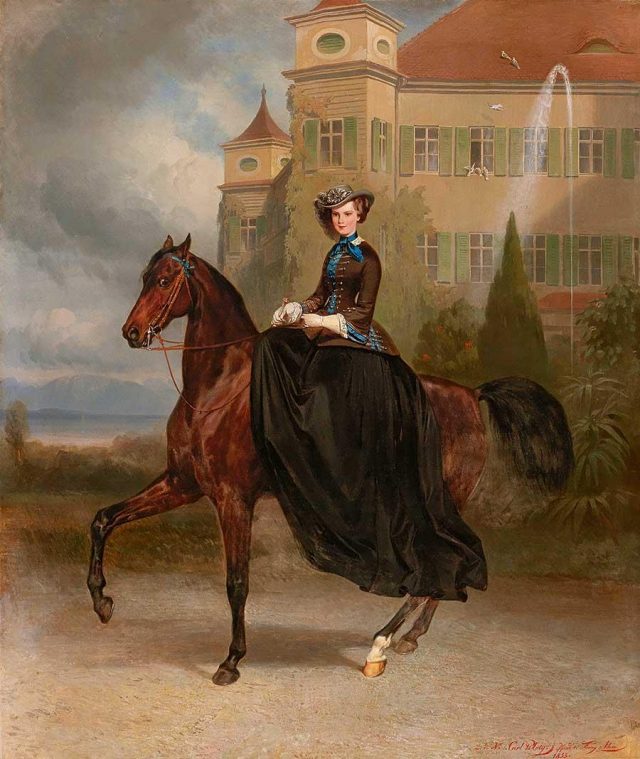 From training with the circus to working with “untamable” rescues, Empress Elizabeth of Austria, affectionately known as Sisi, certainly was an equine girl boss.

Royalty — such as Isabella I of Castille — used horses to display power and wealth, but one truly fell in love with the sport, eventually earning the title of “best female equestrian of her time.” Empress ‘Sisi’ Elizabeth of Austria embraced horseback riding as both a respite from court life and as a rigorous athletic pursuit. 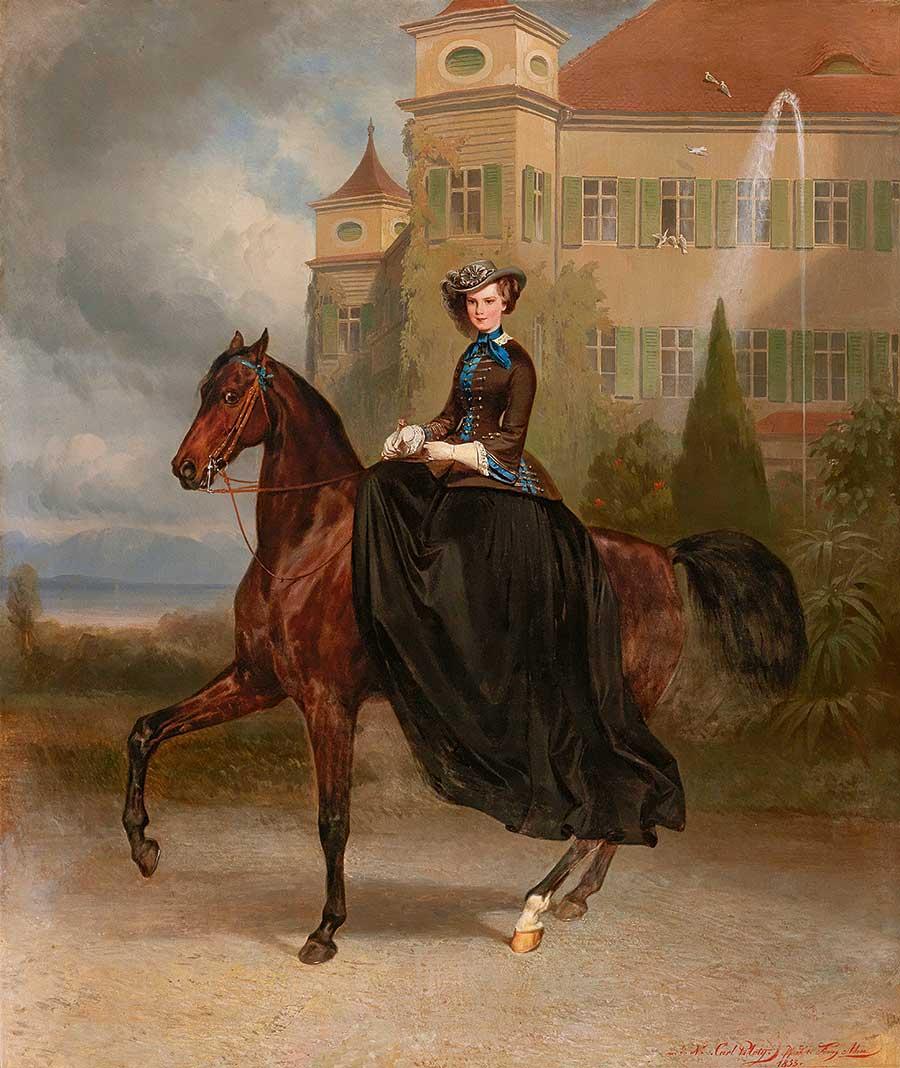 1. She was a horse crazed teenage girl.

Carl Theodor von Piloty and Franz Adam painted Sisi on horseback when she was just 15 years old — only a few months after she began riding lessons — as an engagement present to her fiancé, Emperor Franz Joseph of Austria.

Dorotheum notes, “It was relatively unusual in the mid-19th century for a 15-year-old unmarried princess to be painted on horseback. One can assume, however, that Sisi herself chose the subject of this painting…”

In April of that same year, she wrote to her governess, “Even though I have had only three lessons, I have sat on three horses already, and from now on I will be allowed to ride ‘Lady’!”

2. She may have trained with the circus.

Sisi had an odd and unusually relaxed upbringing by a father — Duke Maximilian Joseph — who loved exotic travel, music, hunting, and circuses. In 1838, he even had a circus ring constructed near the palace in Munich. While it’s rumored she trained regularly at Vienna’s Spanish Riding School — privately, of course, as female riders weren’t allowed to become members until 2008 — some historians believe Sisi also received riding lessons from circus performers between performances, something she would later take criticism for.

Clare Tschudi notes, “The Viennese considered her passion for horse-exercise extravagant, and called her in derision ‘the circus-rider,’ but the Hungarians, who admired her on horseback, surnamed her ‘the Queen of the Amazons.'”

3. She once went on vacation for six years.

Sisi hated court life and escaped it whenever possible. One of her most famous equestrian trips was from 1876 to 1882, when she went fox and stag hunting in both England and Ireland. Sisi prepared for the trip by practicing daily at speed over a steeplechase course in Vienna.

Once in England, Bay Middleton was assigned as her pilot. Middleton was skeptical of the Empress, but grew to respect her courage and talent. Jackie C. Burke notes, “Elizabeth proved women were capable of following the hounds with speed and courage, and in the grandest style.”

During the multi-year excursion, Sisi owned several stables in the area to breed and train horses. A scrapbook kept at the Combermere Abbey notes, “On the rare days when Elisabeth wasn’t hunting it was noted that she was ‘enjoying a quiet day drag-hunting’ or merely exercising the horses.”

Just for the trivia, it’s worth noting Sisi took dairy cows on this trip as well, since she ate mostly oranges, eggs, and milk and believed her cows were superior.

Secret Vienna tells this story, “… a particularly aggressive stallion was scheduled for slaughter after having killed three men and injuring several others. According to the story, when Sisi got wind of the fact that the stallion was to be killed she rushed to the stables and insisted on being brought to the horse. Once at his side, she spoke softly with him and stroked his fur until he had been calmed to the point of allowing himself to be saddled. He then allowed the Empress to step into the saddle and ride him, showing no aggression and no resistance to her presence, despite having been considered untamable just a short time before. Sisi supposedly continued to visit the stallion over a series of days, slowly building up trust.”

Matteo Tuvari says, “In one, she imagines herself mounted on the back of a winged horse leaving all the stupid people far behind her as she frees herself from the confining grip of the earth.” 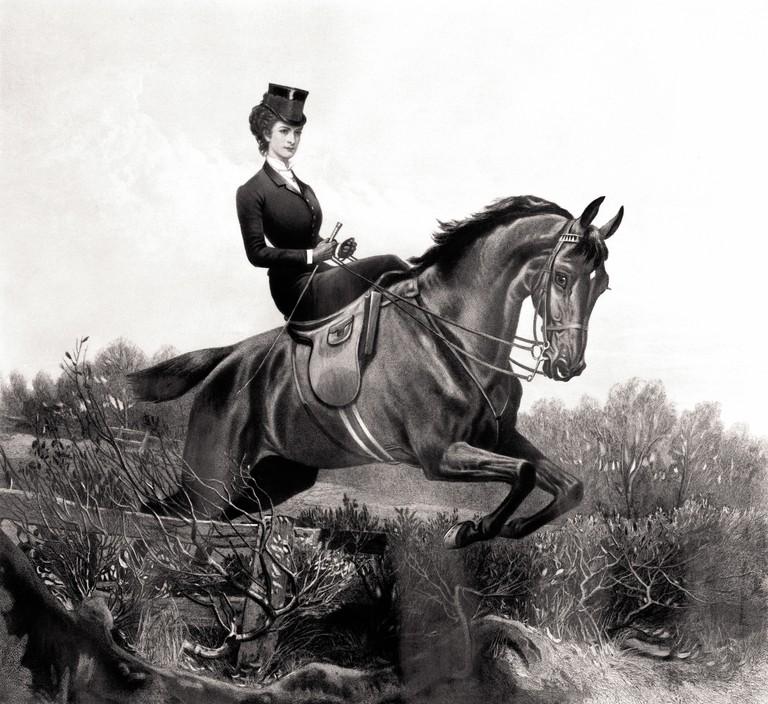 Equestrian portrait of Elisabeth of Wittelsbach , known as Sissi, around 1880, Public domain.