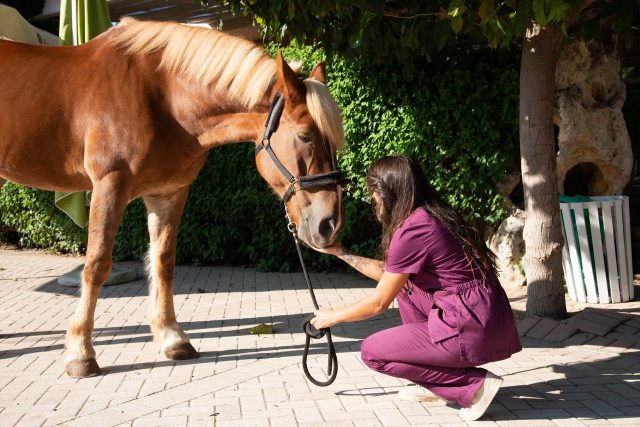 The equine respiratory system plays a huge role in disease prevention — and in more ways than people believe. Learn more: 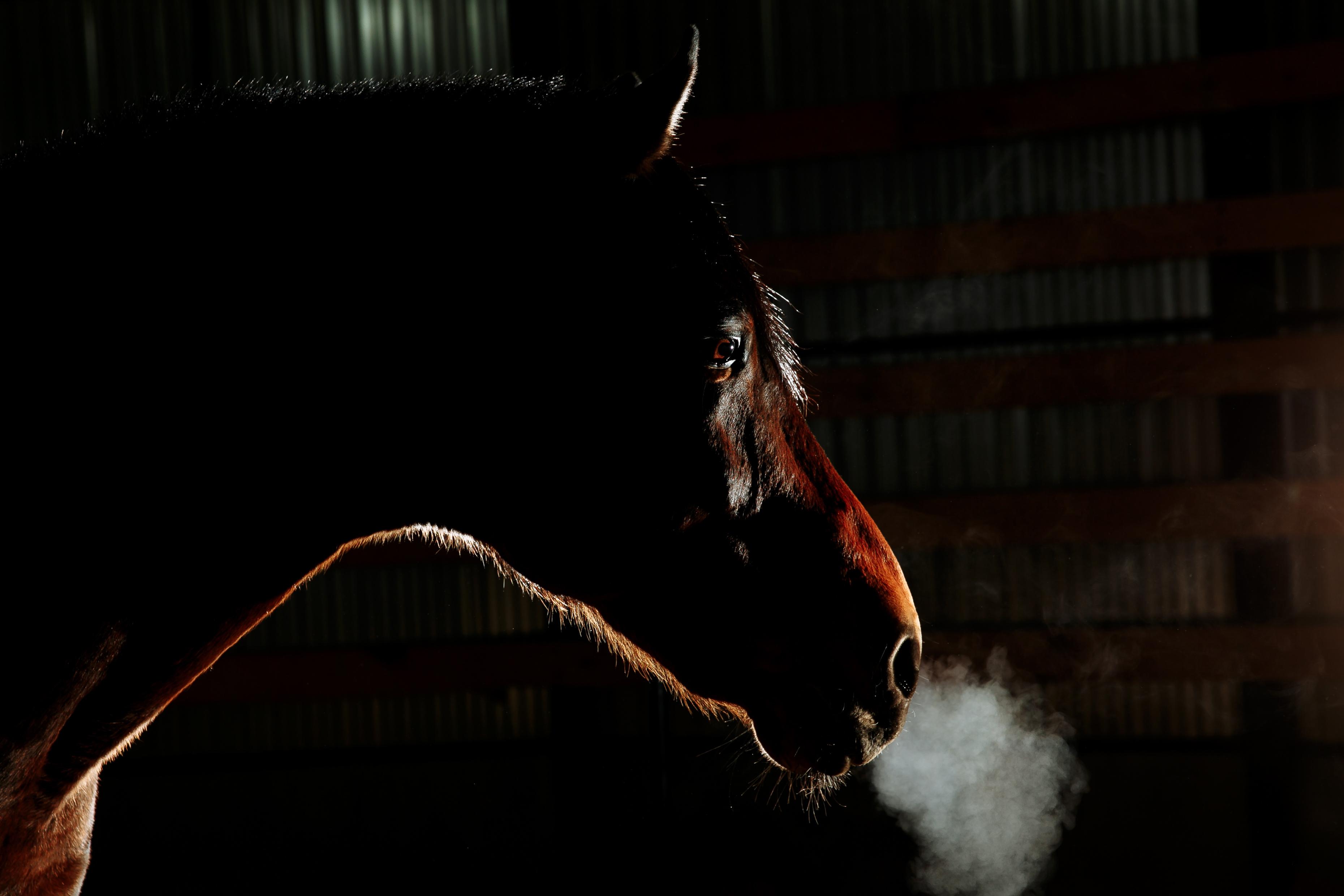 Reducing microscopic contaminants in the horse’s external environment is key to protecting equine respiratory health. Yet there are always variables beyond the horse owner’s control, like coming into contact with another horse coping — likely unknowingly — with an infectious disease.

A lot of the outside world enters the horse through its nose, the sole point of entry and exit for the respiratory tract. That’s why the horse’s respiratory defense mechanisms must be healthy to fight off disease. The first line of those defenses is the mucosal cells lining the trachea, where air travels from the nose to the lungs.

Recent research at the University of Ghent, in Belgium, has shown that horses with damaged mucosal cells are more likely to get infected with one of the most feared pathogens: the Equine Herpes Virus.

EHV is omnipresent in the horse’s environment and exists in nine known strains. Horses live with most strains without issue, but less common neurological variants have periodically been the source of serious — sometimes fatal– outbreaks. California horse owners and event managers are currently working diligently to contain cases of the more severe strains. Late last winter, Europe and Canada were in the same position.

EHV in all its forms falls within the purview of University of Ghent virologist Professor Hans Nauwynck. The author of over 400 papers on viruses and a frequent veterinary and virology conference speaker, Professor Nauwynck supervised the work of dissertation student Joolien Van Cleempt in reaching these findings. They emerged while studying the roles mucosa, airborne pathogens and respirable hazards play in equine respiratory health and disease prevention and management. 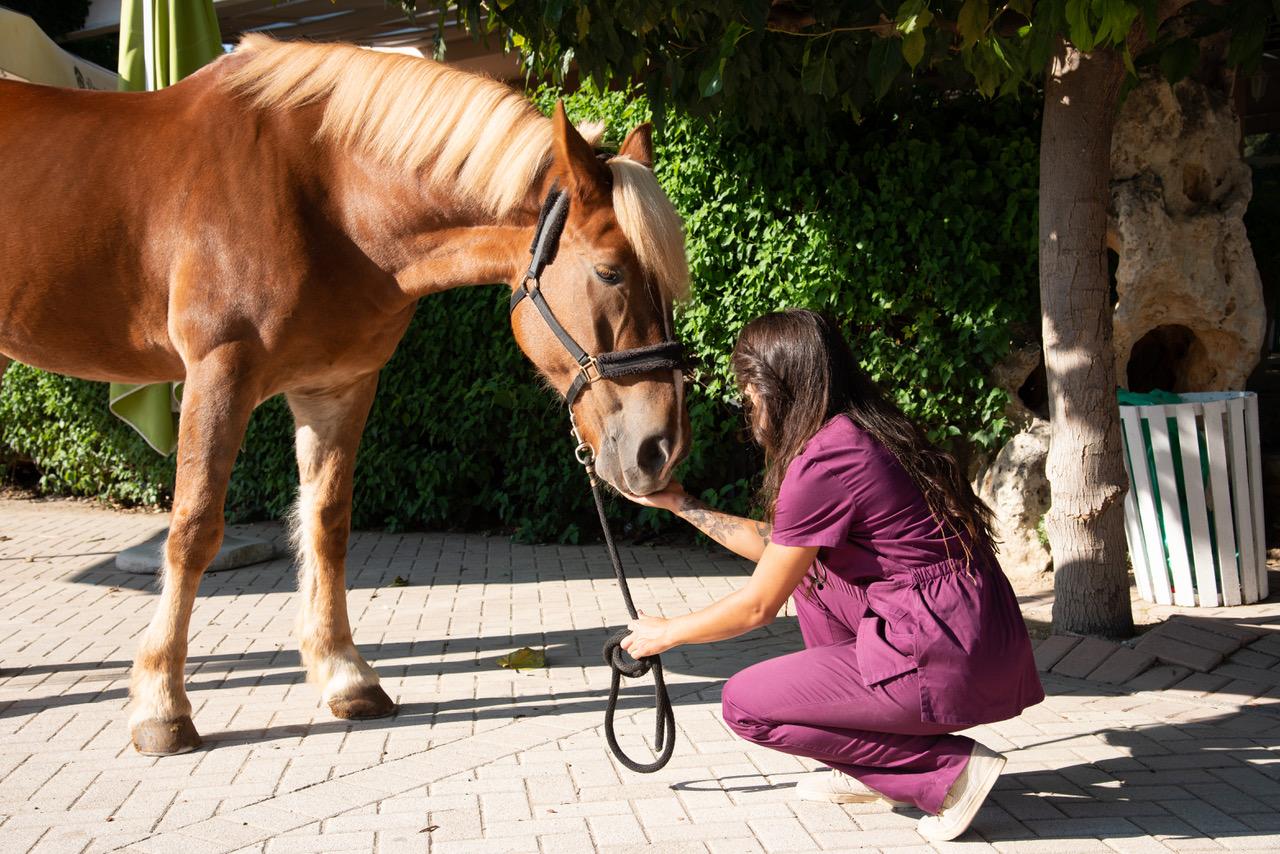 Forage is a major source of microscopic respirable particles that can damage the respiratory tract. EHV is not normally found in hay unless the virus is shed upon the hay by an infected horse or the human handling it. The highly contagious EHV is spread primarily through direct contact.

Because Haygain High Temperature Hay Steaming reduces up to 99% of the respirable particles in hay, it helps to protect the mucosa irritants that cause inflammation and degrade function.

In separate research, Professor Hans Nauwynck confirmed that the virus is deactivated at the 212°F/100°C degree temperatures reached during Haygain Hay Steaming. For yards managing an infected horse, this helps in containing the spread of the virus. “The virus was fully inactivated inside the Haygain,” the professor stated.

It stands to reason that Steamed Hay could also help an EHV-infected horse by protecting it from the further physiological strain of fending off other airborne particles commonly found in forage.  “It’s an excellent device,” he said. “If I would have a horse or if I would be a horse, I would use Haygain.”

The horse is an extremely athletic animal with a high relative oxygen uptake, enabling it to cover long distances at high speeds. All components of the respiratory tract are designed to take in large quantities of oxygen and take out carbon dioxide.

Breathing is the limiting factor for equine athletic performance and a small dysfunction in the respiratory tract can lead to reduced athletic ability.

Problems affecting the respiratory tract can be caused by:

To counter these threats, the respiratory tract is guarded by immune barriers. These include mucus, firm intercellular junctions, and the production of immune cells such as antimicrobial peptides.

Mucus guards against potential hazards because it has antimicrobial, antioxidant and anti-protease properties. Mucus can capture pathogens, dust, and gasses from the air, preventing them from reaching the lower airways.

The intercellular junctions maintain the integrity and organization of epithelial cells that line all surfaces in the body. These junctions regulate molecular and cellular traffic and create a physical barrier to pathogen invasion.

Even non-pathogenic particles can impede the function of the horse’s respiratory defenses. Alighting in the upper airways and lungs, the tiny particles — under 5 microns — trigger inflammation that constricts airways, the exchange of oxygen from the lungs into the blood stream, and the removal of carbon dioxide.

By reducing nearly all these particles from forage, Haygain Steamed Hay supports respiratory function in healthy horses and in those battling back to good health.