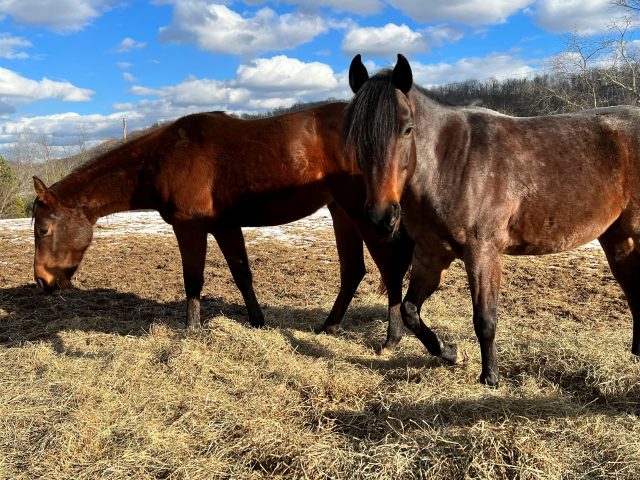 Two’s company, three’s a crowd… at least that’s the case for this troublesome trio.

Since early last year, Payco has been in training at Penley Horsemanship. Every day since, especially when I purchased and moved into a farm, I’ve been really excited for him to come home. Having all three horses on my property so I could ride them multiple times a week and care for them to my liking has been a dream of mine for as long as I can remember.

At this very moment I regret longing for that moment.

Prior to Payco returning home, it was Buns and Hot Sauce sharing the smaller pasture while it’s winter. I have the bigger pasture closed while there’s snow and ice on the ground because its grade could cause an injury with the ice factor.

Buns and Hot Sauce get along extremely well. The dynamics between the two of them is appreciable. Neither of them is so attached that I can’t pull one away. If I do pull one away, the other stays quiet in the pasture. They don’t fight over hay — actually, they never fight. They come in when they’re called. It’s been really easy. 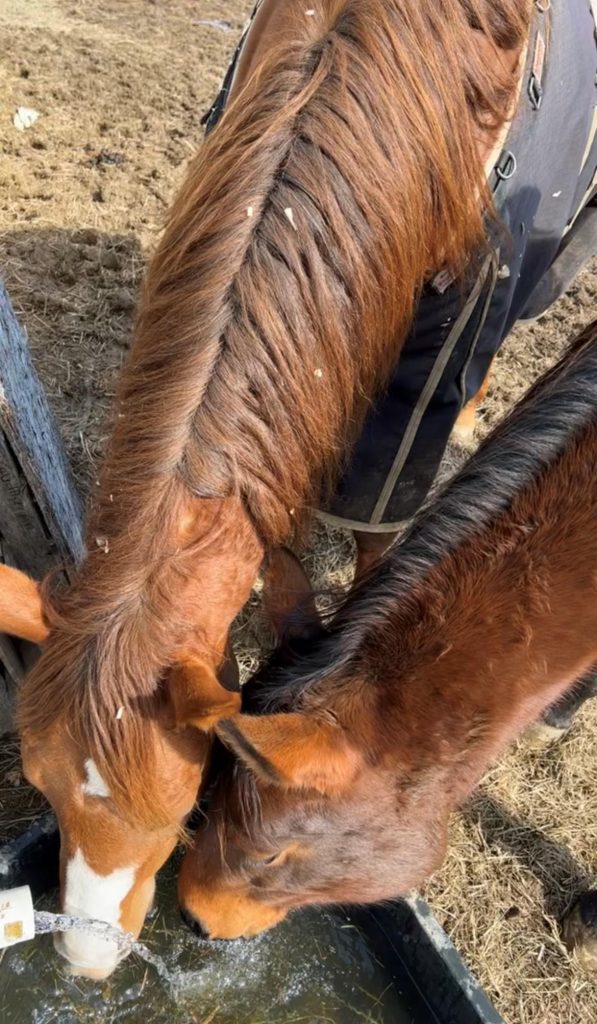 The saying, two’s company, three’s a crowd applies to the new herd dynamics now that Payco’s come home. This is not new behavior. Prior to leaving for training, he was so bound to Hot Sauce it was frustrating.

Before going to training, Payco would do ANYTHING to get to Hot Sauce if they were apart. He’d remove himself from cross ties, run when you tried to catch him, scream, rear, kick. Anything he figured would aid him in getting his way.

Fast forward to Payco coming home — the moment Payco saw Hot Sauce it was BAD NEWS. I put him in with the other two hoping that within a day or so the three of them would adjust and it would all be grand.

From the very first moment Payco has been herding Hot Sauce away from Buns, and acting down right nasty to him. 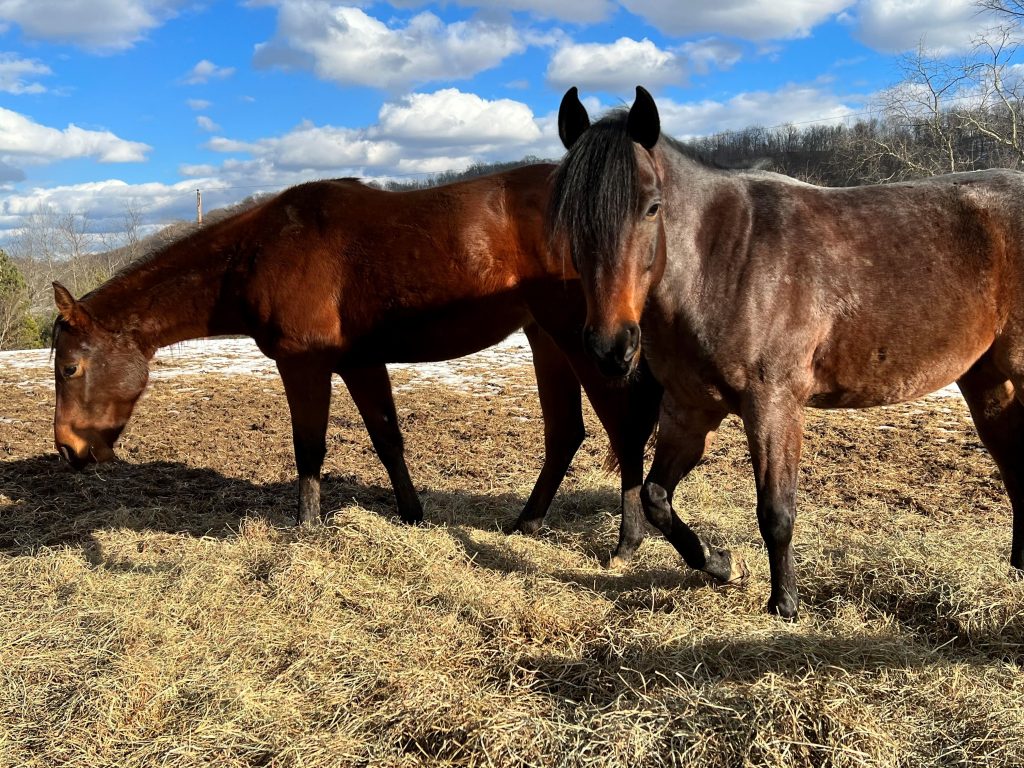 Buns could not get to the hay, water or anywhere near Hot Sauce. If there’s anything you’ve learned reading my articles, it’s that I absolutely adore Buns. It’s common knowledge to everyone that associates with me that he is my favorite. I’ve had him the longest, been through the most with him and he’s made me very successful in the sport of mounted shooting. He’s entitled to the favorite designation.

So nobody and no horse messes with Buns. You want to see a mother protect her young? Try messing with him.

After seeing the new herd dynamics were not working, I pulled Payco from the herd.

You would have thought Big Foot was coming to eat him for lunch. He was screaming, kicking, rearing and just acting a total fool.

My anxiety over the issue has been through the roof. I haven’t been sleeping, I keep my window open at night — in the dead of winter — to make sure if something happens I can hear it.

For a few days I rotated them on turn out. I’d let Buns and Hot Sauce out for 12 hours and then bring them in and let Payco out for the other 12 hours. 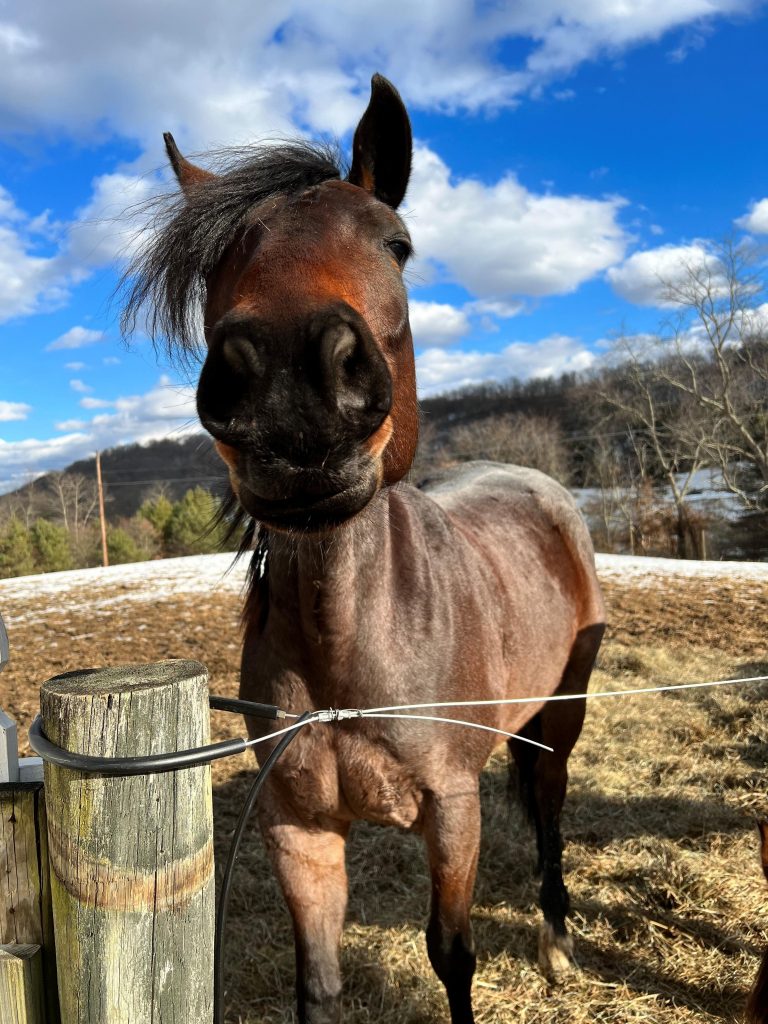 I spoke with a couple of my friends who own and manage boarding barns and they gave me some good feedback.

Payco may only be attached to Hot Sauce because she’s the only turn out buddy he’s ever had. He is showing insecurity when by himself or when the other horses leave him.

Some ideas I received were to put a temporary fence up between pastures so that the horses could not touch noses so that I could have them all on turn out at the same time. Also, to put Payco and Buns together to let them get acquainted and to keep Hot Sauce by herself while the two settle in with each other.

I did this. I put the boys out together and Hot Sauce by herself. Hot Sauce has always been good when left alone so this put me at ease and I could finally get some rest.

Within a week, Buns and Payco settled in with each other. Payco was no longer bullying Buns and everything had quieted down.

I made the decision to put all three of them together again to see if the dynamics of the herd had changed since Payco was now buddied up with Buns. To my surprise, it worked! Payco was now getting along with both Hot Sauce and Buns. They were all interacting together without unhealthy bullying and attachment. 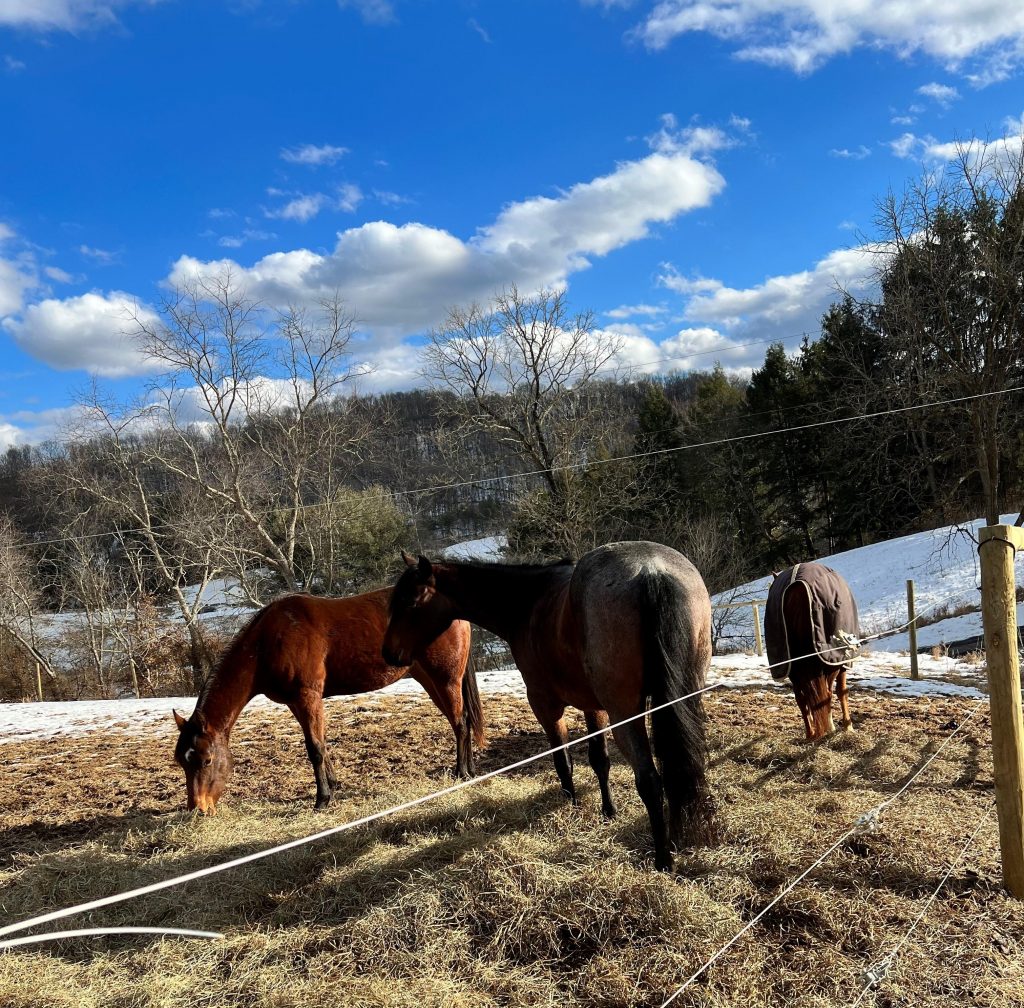 It’s been such a relief. I didn’t know what I was going to do in the middle of winter if I had to worry about slipping in the big pasture, the three not getting along, Hot Sauce having to be by herself indefinitely.

Everything worked out, I just needed to do some readjusting for a small period of time to make it happen.