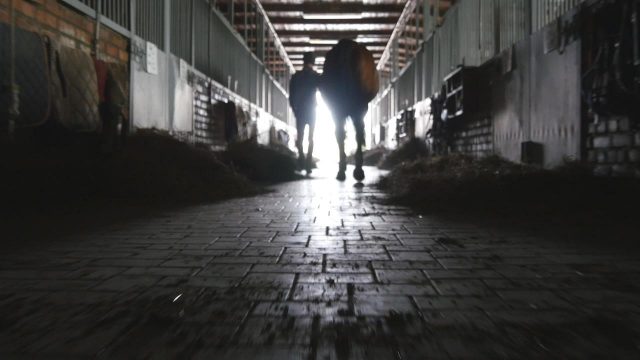 The AAEP session on Equine Asthma Treatment & Management emphasized reducing respirable particles in the environment. Here are some tips on how you can do that in your barn. 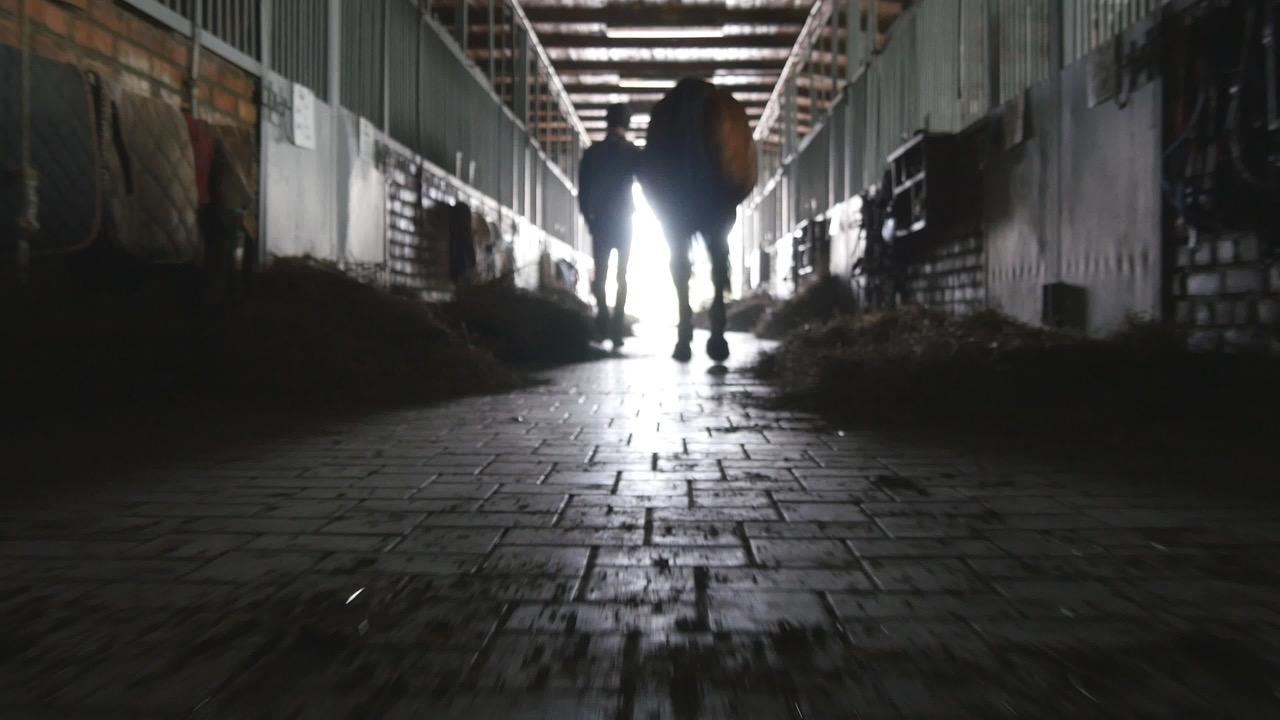 Conditions on the Equine Asthma Spectrum have different manifestations and degrees of severity. Yet they share common ground in the priority of prevention and treatment: reducing dust in the horse’s environment. That was the top horse owner takeaway from the Respiratory Diseases in Horses session held during the American Association of Equine Practitioners Conference in December.

Inflammation in the airway causes all grades of Equine Asthma and its main cause is dust in the horse’s environment. Identifying sources of that dust and reducing them are topics of increasing emphasis in veterinarians’ efforts to educate owners.

An asthma diagnosis is tough to deliver, said moderator Renaud Léguillette, DVM, MSc, PhD, DACVIM, DACVSMR. “If your horse has asthma, he is stuck with asthma. You have a high maintenance horse.”

Identifying asthma triggers requires veterinarians and owners to work together, explained Dr. Léguillette of the University of Calgary Veterinary Medicine Faculty. Simple sounding “dust” in the equine world is a complex mixture of organic matter. Bacteria, endotoxins, mites, mold and fungal spores are common components. Myriad other particles in dust can activate the horse’s inflammatory and allergic responses.

Triggers lurk everywhere. “Horses are shipped in trailers, live in stalls and are fed inside stables,” Dr. Léguillette observed. Even when these dust sources are identified, owner compliance in reducing them is an issue. In a recent study of 49 horses with Severe Equine Asthma, only six owners were described as “good” in following dust management recommendations. “For the six who did comply, the measures worked very well.” Clinical signs including breathing effort and coughing were much improved.

“It’s frustrating because even for those who do all these efforts, if there is one mistake in the chain — say the owner is on holiday – it is not forgiven with asthma,” Dr. Léguillette said. “Doing a good job most of the time is not enough.”

Hone In On Breathing Zone

The horse’s breathing zone should be the focus point. “Not all dust gets into the lungs. Dust in the corner of the ceiling is not as important as the dust around the nose, in the area where the horse is breathing.”

He noted colleague and fellow presenter Laurent Couëtil’s work with a wearable device that measures the amount of dust particles in the horse’s breathing zone. It’s been used in research correlating quantities of respirable dust with lower performance in racehorses. The devices may eventually have commercial applications that could make clear to owners the existence of the most harmful dust: the particles that are invisible because of their small size. “It can be difficult to convince owners when you’re talking about something you cannot see,” Dr. Léguillette said.

“Big, visible dust is not the worst. Some environments can look dusty but are actually not too bad for horses with Severe Equine Asthma. And some that look really clean can still have harmful dust.” Particles in the range from 10 to 2.5 microns can penetrate the upper airways and lungs. The smaller the particle, the farther it goes. Deep in the lungs, these bits cause inflammation that can impair the transfer of oxygen from the alveoli to the blood stream.

Inflammation is the lung’s response to dust. It’s measured by the quantity of inflammatory cells seen in a cytology report from fluid collected during a bronchoalveolar lavage (BAL). Neutrophils are a type of inflammatory cells that are commonly found in severe asthma horses and they usually correlate to the severity of inflammation. However, high neutrophil counts in the airways can also be associated with infection: careful interpretation of laboratory results is necessary.

Other inflammatory cells can be increased in the BAL that indicate more of an allergic response.  Some dust particulates often found in the cells collected from the BAL are an indicator of dust exposure only, Dr. Léguillette explained. These are evidence that the lungs are trying to clean themselves up. The more dust particulates there are, the harder the body is working to get rid of them.

Dr. Léguillette encouraged vets to be Sherlock Holmes while walking with owners around the barn sleuthing for predictable and not-so-predictable sources of respirable dust.  It’s good practice whether managing existing conditions or trying to prevent them.

Look for dust in the environment and remember that the amount of dust is not set over a 24-hour period, he said. Dust levels go up and down when people are sweeping the aisles or mucking the stalls, for example.

Chickens, chemical spray on nearby fields, and bedding made of red pine are among the many possibilities that can trigger an allergic respiratory response in a horse, he noted. “Do your homework, and ask questions of your owners,” he urged his AAEP colleagues.

Feeding from round bales is terrible for equine respiratory health, he stressed. This common method of feeding horses that live outdoors can double the horse’s likelihood of developing Severe Equine Asthma. An increasingly deep hole in the hay is a very unhealthy breathing zone and the horse typically has its nose stuck in there for long periods of time.

Using blowers in the barn aisle or anywhere around horses is also terrible for equine respiratory health.

Wood shavings and a pelleted diet have been shown to decrease respirable particles in general by 50%, and by 97% in the horse’s breathing zone, Dr. Léguillette noted. Hay cubes are a common form of a pelleted feed. Another option proposed to reduce hay dust is a thorough hay soak, which involves getting rid of the used water. Owner compliance is an issue with this task. “In winter, it’s virtually zero,” the veterinarian shared.

Steaming hay is another dust reduction strategy. “The main one we know of is Haygain. Studies have determined that Haygain steaming does decrease the number of particulates and endotoxins in hay.

“There are some other commercial hay steaming options, and there’s a homemade version of steaming,” he continued. “But you have to be careful on how you do it.” (Steaming hay at inadequate temperatures can foster bacteria and mold growth.) There is also equipment called a Nutri-Foin which mixes (soybean) oil into the hay to catch dust.”

Haylage, which has a higher moisture content, has been shown to lower respirable dust in the horse’s breathing zone, too.

Dr. Léguillette encouraged vets to promote environmental strategies even though the effort can fall on deaf ears. “We all have owners who don’t listen until we say which drug we’re going to use,” he commented. “There is no magic syringe to treat respiratory disease in the horse.”

Dr. Léguillette suggested that systematic corticosteroids may become obsolete because of the new treatment from Boehringer Ingelheim: the Aservo® EquiHaler. The device delivers aerosolized ciclesonide directly into the lungs, where it is only activated when reaching the epithelium there.

Bronchodilators can have the positive short-term effect of helping the horse breathe easier because they open their airways. However, more open airways also allow more dust particles in. “The horse may feel better in the short term, but after a while the inflammation will win.” Dr. Léguillette advises against using bronchodilators unless the exposure to environmental dust is fully controlled, or unless the horse is in respiratory distress and needs short-term, immediate help with his breathing.

With any medication, Dr. Léguillette noted that long term improvements are not possible without accompanying reductions of dust in the horse’s environment, especially its breathing zone. He joined veterinarians worldwide in urging horse owners to identify respiratory risks in their home stables and reduce them to every extent possible.