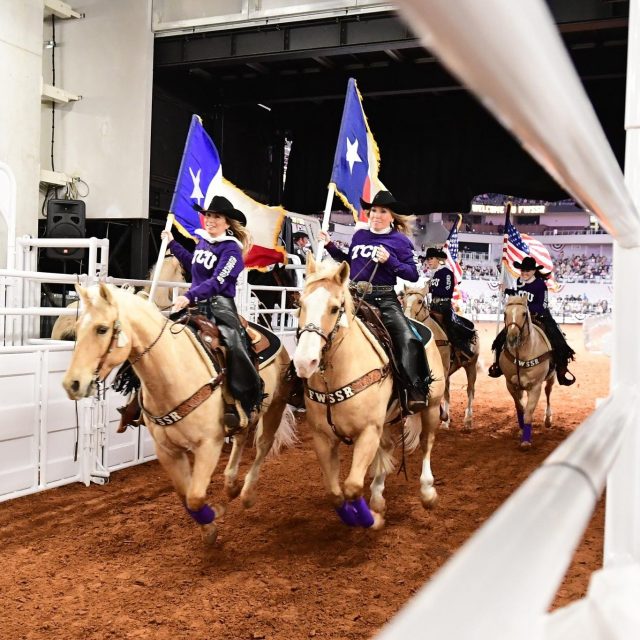 The Fort Worth Stock Show and Rodeo wrapped up on Saturday night. The event featured 56 of North America’s top rodeo athletes in each rodeo event. A total of 448 rodeo contestants got to compete for over $1 million in prize money. Get the recap here.

The Fort Worth Stock Show & Rodeo came to an exciting conclusion on Saturday, February 5th with the final performance of the FWSSR ProRodeo Tournament. The event featured 56 of North America’s top rodeo athletes in each rodeo event – bareback riding, steer wrestling, breakaway roping, saddle bronc riding, tie-down roping, team roping, barrel racing and bull riding. A total of 448 rodeo contestants got to compete for over $1 million in prize money. The tournament began on Friday, January 21st and after 14 go-rounds, a wild card round, and two semi-finals rounds, only the top eight from each event advanced to the final round where the champions were determined. 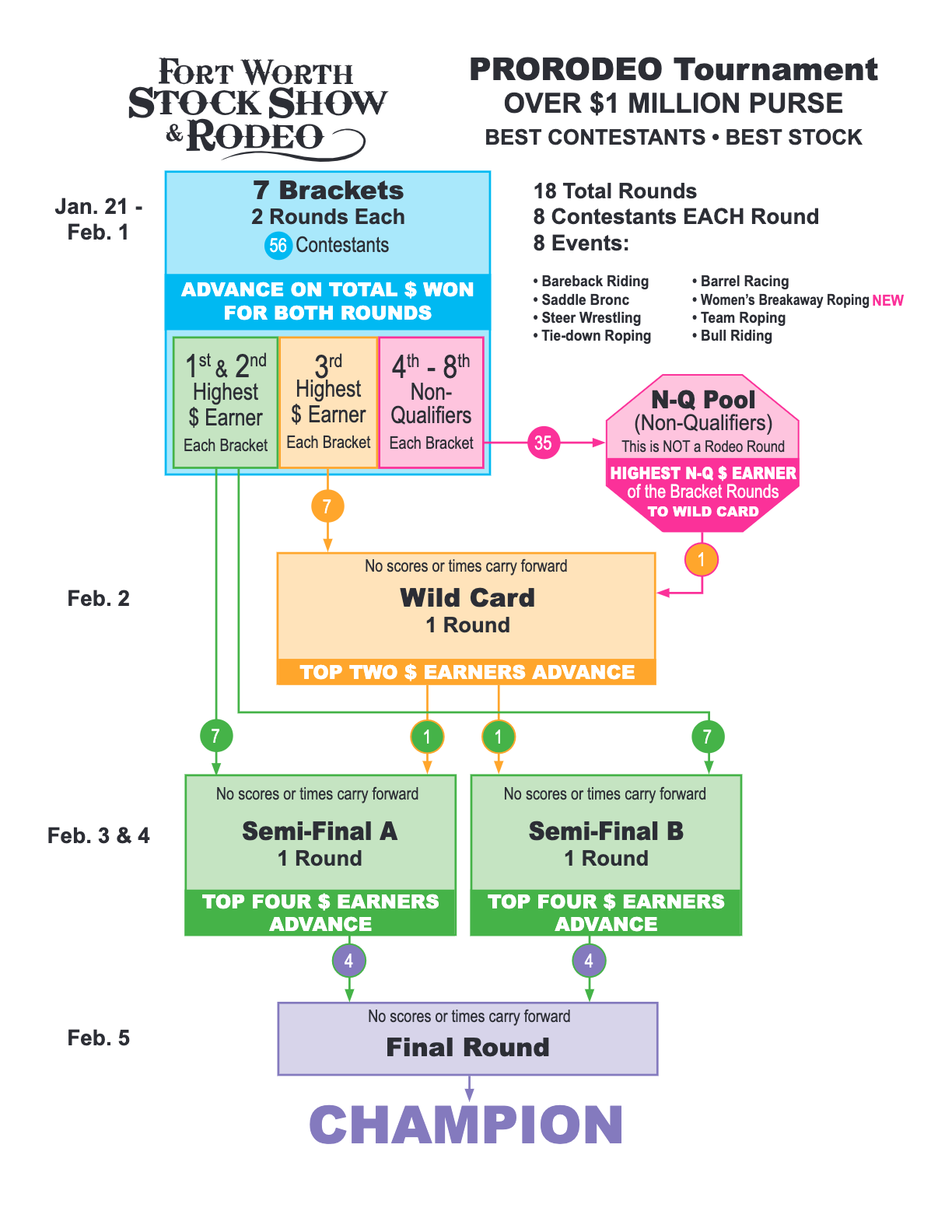 Horsepower was on full display in the timed rodeo events. The Women’s Professional Rodeo Association sanctioned the breakaway roping and barrel racing at the tournament. Breakaway roping made its FWSSR debut in 2020 and has become a fan favorite. At this level of competition, breakaway ropers can win thousands of dollars in a few seconds. In the second round of Bracket 3, Sawyer Gilbert, the reigning world champion, stopped the clock in 1.7 seconds to post the fastest time in the preliminary rounds. She advanced to the semi-finals.

Sawyer Gilbert winning the second round of Bracket 3.

In the barrel racing, the arena record was broken multiple times. Jordan Briggs and her great horse Rollo set a new arena record in the second round of Bracket 5. Their record time of 16.25 seconds only stood for two performances. In the first round of Bracket 7, Wenda Johnson and Macgyver Moonflash, aka “Mac,” stopped the clock in 16.17 seconds. The record-setting ride was flawless. Wenda is a full-time nurse practitioner from Oklahoma. She must carefully choose which rodeos to attend throughout the season to secure a top year-end standing. The FWSSR was clearly a good choice as Mac really enjoys the set up in Fort Worth.

Wenda Johnson and Macgyver Moonflash winning the first round of Bracket 7 and setting a new arena record!

The Wild Card Round fell on National Girls & Women in Sports Day. It was fitting that Dona Kay Rule, a powerful woman in professional rodeo, topped the barrel racing with her great horse Valor. Dona Kay is a three-time Wrangler National Finals Rodeo qualifier. She qualified after raising a family and having a successful career in the saddle making business. Another strong woman in rodeo, Tacy Webb, won the breakaway roping. Tacy is a registered ICU nurse from Midway, Texas. She stopped the clock in 2.2 seconds to advance to the Semi Finals where she also won Semi-Finals A!

Two-time FWSSR barrel racing champion Hailey Kinsel and her amazing mare Sister won both rounds of Bracket 2 and Semi-Finals B. They were on a roll but ended up second in the finals. Wenda Johnson and Mac could not be beat! They broke the arena record they had set earlier in the tournament to win the finals with a 16.08-second run. The $24,520 that Wenda won at FWSSR will propel her towards her third NFR qualification.

Wenda Johnson and Macgyver Moonflash breaking the record they set earlier in the tournament to win the final round!

Kelsie Domer from Dublin, Texas was consistent throughout the tournament. She won the breakaway roping in the finals with a 1.8-second run over Taylor Engesser and Erin Johnson who tied for second place. Kelsie has a master’s degree in sports management and believes that horsemanship can give her an edge in the arena. It certainly gave her an edge at FWSSR!

Kelsie Domer winning the final round in 1.8 seconds.

In addition to the ProRodeo Tournament, FWSSR also hosted a variety of other equine competitions. From January 14th through February 5th, Fort Worth accommodated competitors in NRCHA Working Cow Horse, NCHA Cutting, NRHA Reining, Cowboys of Color Rodeo, Ranching Heritage Challenge, Versatility Ranch Horse, Ranch Work Championships, AQHA Show and more! The Grand Champion at the Invitational Ranch Horse Show & Sale sold for $32,000 from the Bonds Ranch. You can catch up on all the action at https://www.fwssr.com/ and https://www.facebook.com/fwssr.