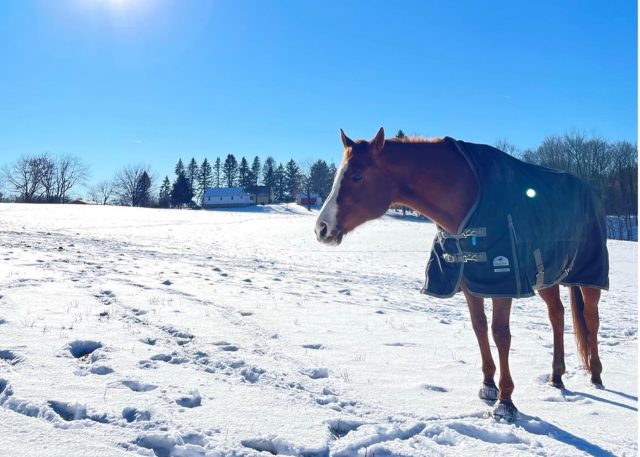 “In the first seven months of owning Leira, she colicked five times… Between each colic episode, we frantically tried to find answers and solutions.” Hailey Sinon shares her experience with a chronic colicker and how SmartDigest Ultra has helped.

Colic is a word that strikes fear into the heart of all horse owners and that is a lesson I learned very soon after buying my first horse.

After over a decade of taking lessons and leasing horses, I was beyond thrilled when I was able to take home a beautiful seven-year-old chestnut Quarter Horse mare who I named Leira. I did not have access to any information about her training or medical history due to the circumstances surrounding her purchase, but we were a perfect match under saddle and she passed her pre-purchase vet exam with flying colors, so she became mine. 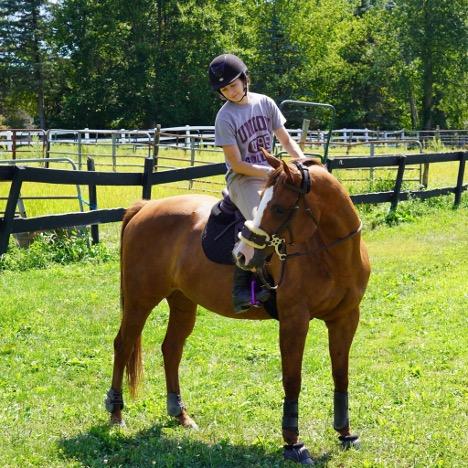 Just three weeks into the start of our partnership, I got the dreaded call from the barn manager one evening that Leira was colicking. I rushed to the barn, the vet was called, and a full colic exam was performed. After many frightening hours of watching, walking, administering medications and fluids, and everything else we could think to do, Leira’s condition improved and by the morning she was back to her normal self and demanding food. We all breathed a sigh of relief and believed that the colic episode was brought on by a combination of the stress of being in a new place, adjusting to grass turnout, and dehydration (we were in the middle of a dry and toasty July). Thinking we were in the clear, Leira and I continued to enjoy the summer getting to know each other and getting in a ton of riding time. 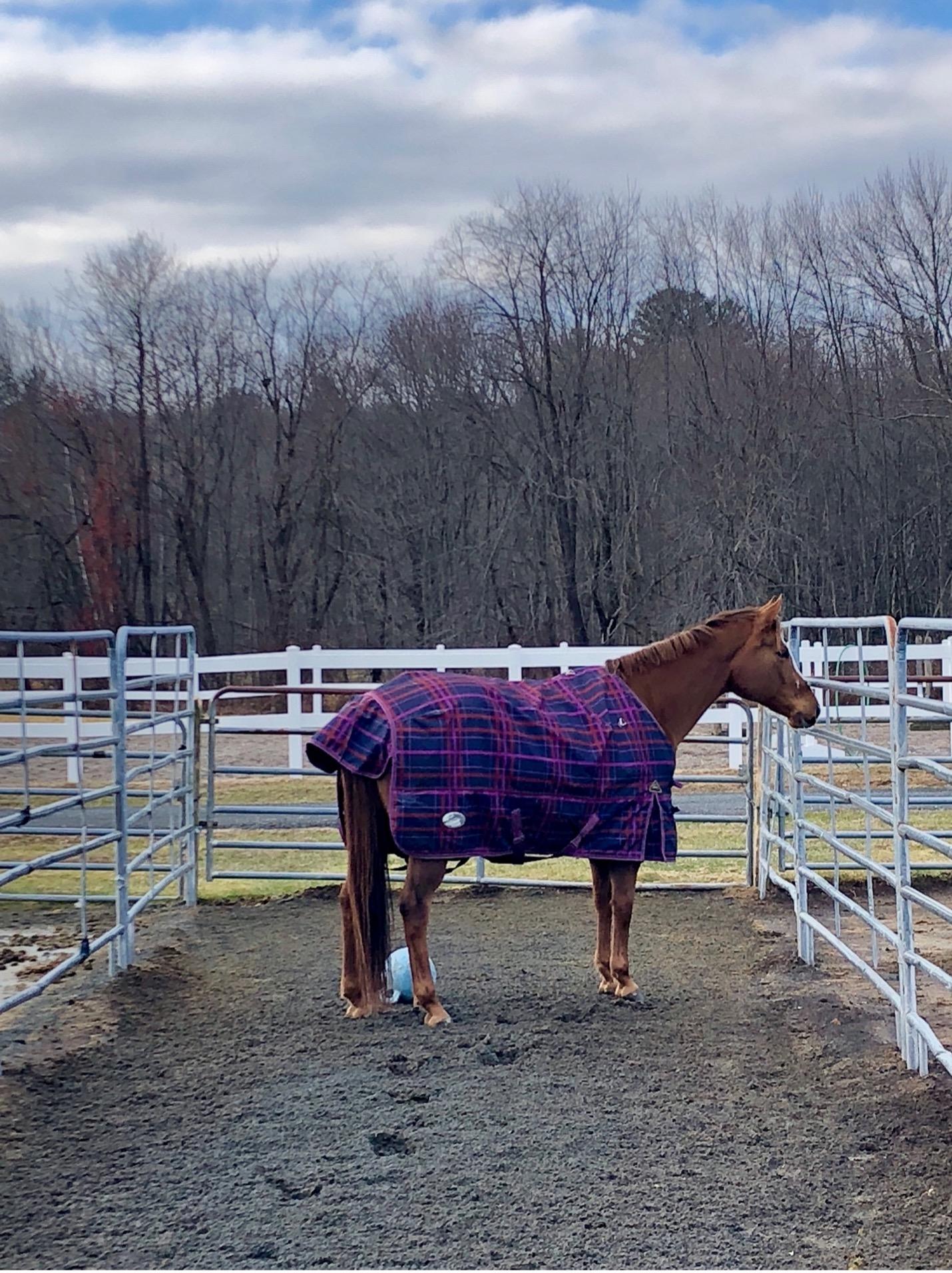 In the first seven months of owning Leira, she colicked five times. Each colic episode could be considered mild to moderate – she did not require surgery, did not need to be transported to an equine hospital, and she returned to her normal self every time – but that did not make each event any less terrifying or concerning. Between each colic episode, we frantically tried to find answers and solutions. We changed her grain (painfully slowly, of course), increased her access to hay, added alfalfa pellets of her diet to bolster her forage intake, scoped and treated for ulcers, increased her turnout time, added an electrolyte to her feed to encourage her to stay hydrated, and so much more. I knew that I also needed to find a good gut supplement to provide her with the extra intestinal support that she so desperately needed. 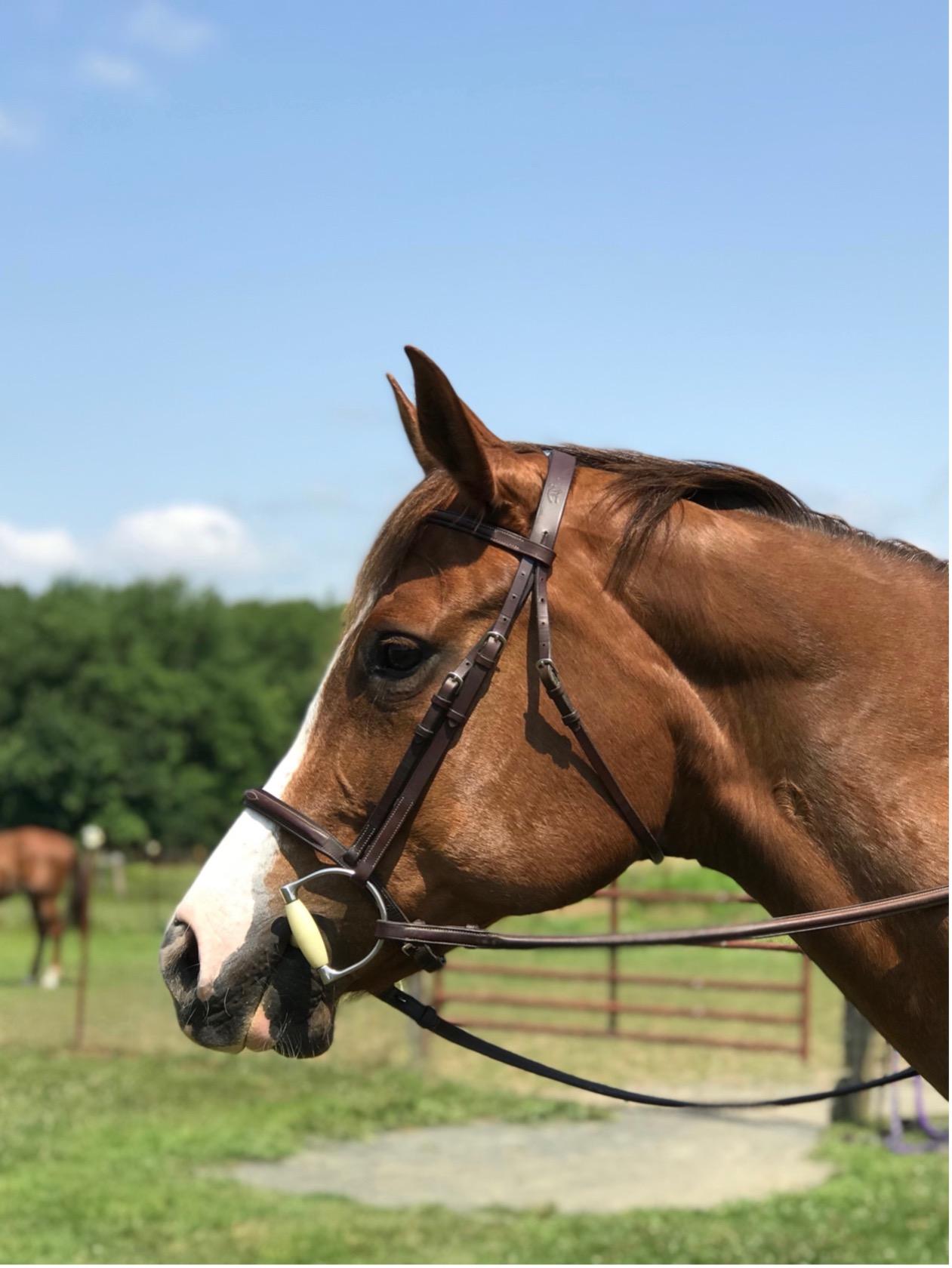 I turned to SmartPak and found their SmartDigest Ultra supplement that is designed to manage digestive stress. I read that the supplement was packed with probiotics, prebiotics, and lots of other goodies that help to support a horse’s digestive system – plus, it has tons of research to back up its beneficial claims. I immediately ordered it in the pelleted form and started Leira on it as soon as it arrived. Although she can be a bit picky (she’s a bit of a diva, but don’t tell her I said that), she has never hesitated to gobble it right up with her grain. The SmartPaks gave me peace of mind that she was always getting the proper serving of her supplement, especially when we were at a large boarding and lesson barn with many different people feeding the horses throughout the week. I also love that it is available for purchase in buckets, which became more practical for me when my boarding situation changed. Much of the appeal of the SmartPak gut supplement line is the ability to enroll in the free ColiCare program that provides up to $10,000 in colic surgery reimbursement.

Due to Leira’s frequent colics, she is classified as having “chronic colic” by SmartPak’s standards, which makes her ineligible for participation in the ColiCare program. Despite being unable to reap this benefit of the SmartDigest Ultra supplement, I have found that the support it provides for her gut, the peace of mind it provides me, and the ease of purchasing and feeding it, make it more than worth my while to keep her on it for the foreseeable future. 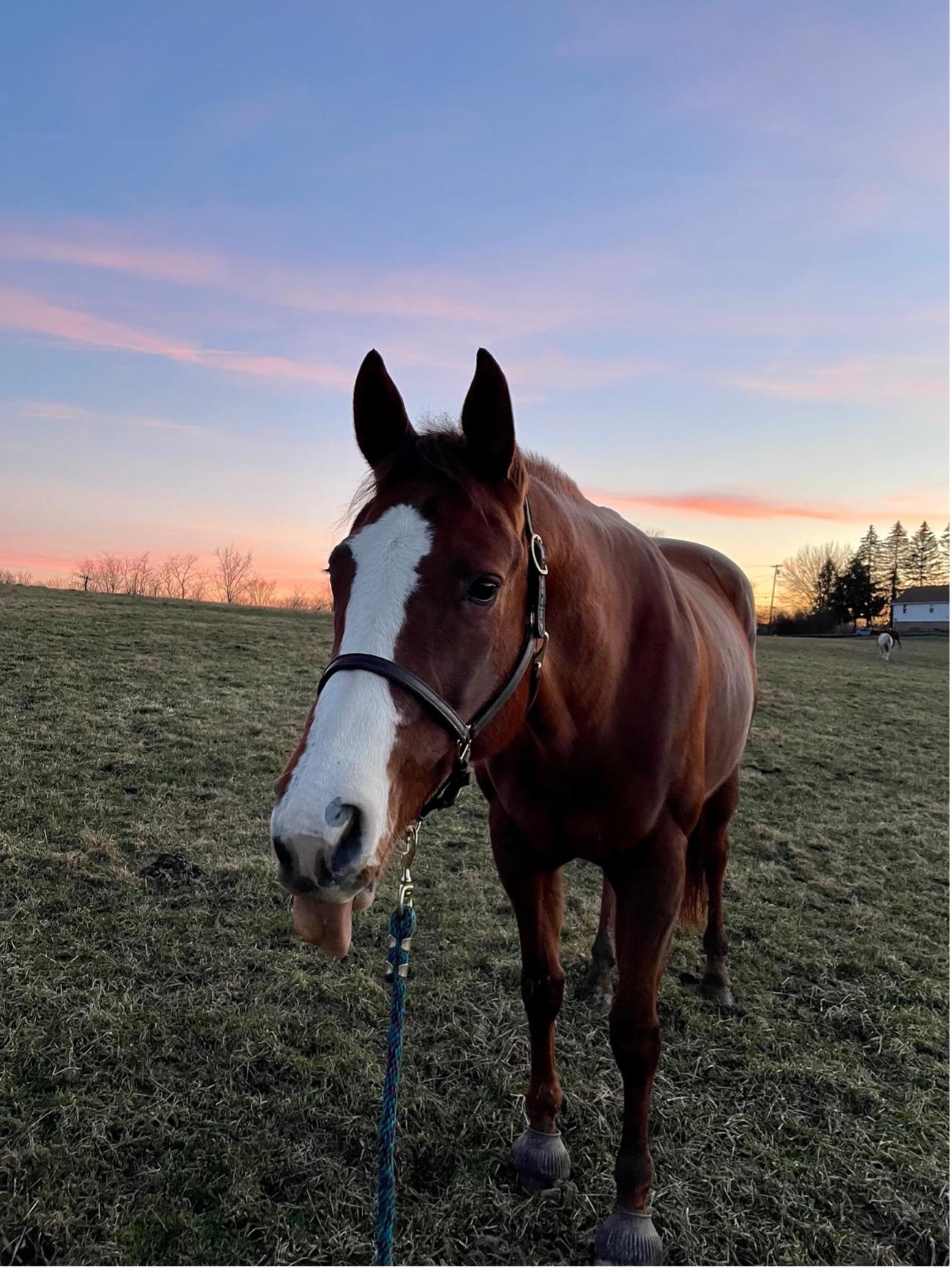 I have now owned Leira for six-and-a-half years and she has been on SmartDigest Ultra consistently for the last six years. I have no plans of ever taking her off of it. After those long first seven months together, Leira stopped colicking at such a frightening frequency. Since then, we have averaged about one colic a year (our record was two and half years colic-free!). She now has relatively clear triggers (i.e. sudden changes in turnout, grain, or weather) that we can predict and for which we can try to take preventative measures. 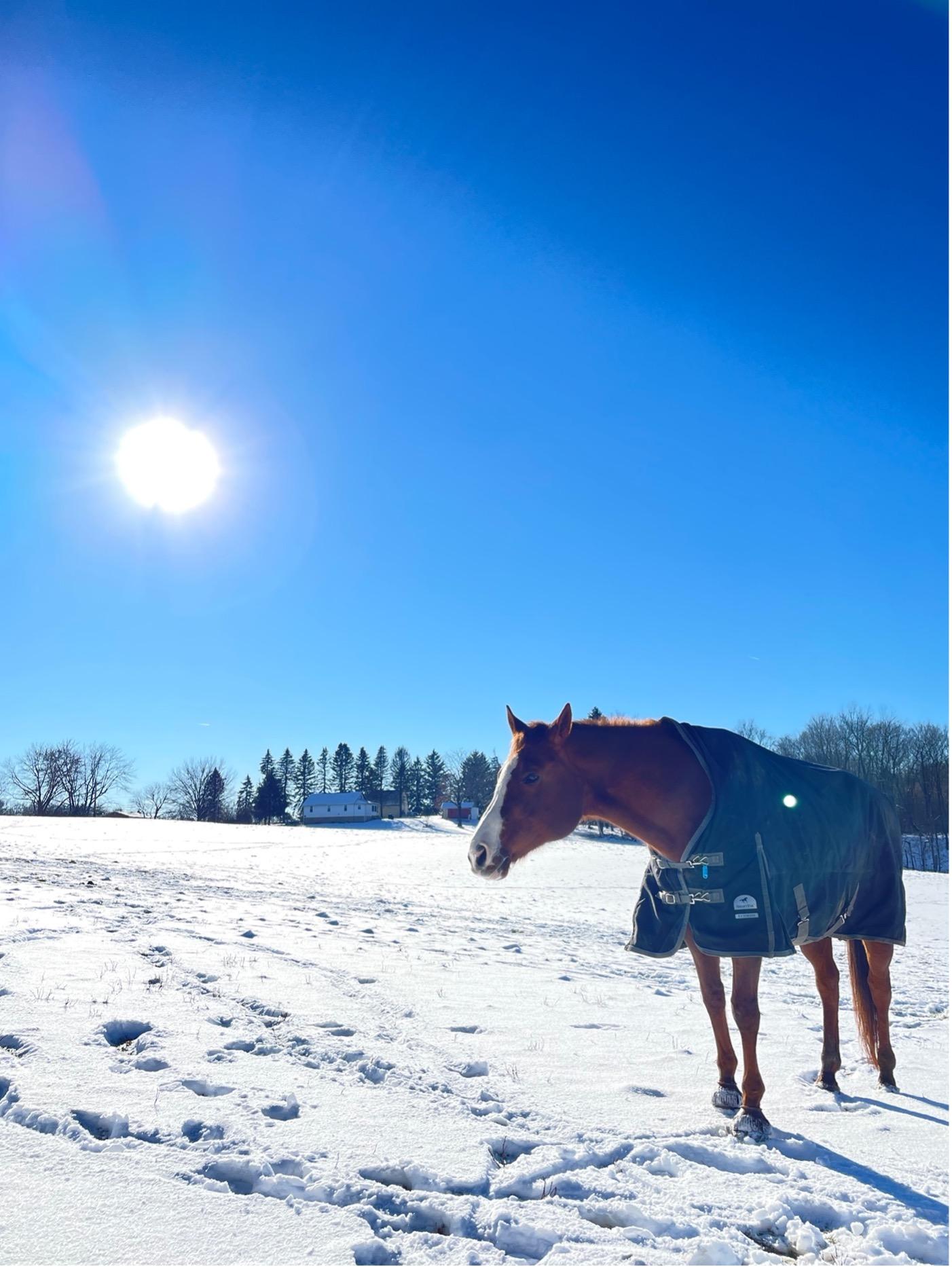 Leira is a very sensitive horse in every sense of the word and is not stoic by any means, so I doubt that we will ever be entirely out of the woods when it comes to colic. The improvement in her health certainly came from the combination of lifestyle and feed changes we made, but I am confident that having her on the SmartDigest Ultra pellets has aided in keeping her gut happy and helped various transitions be less stressful on her sensitive intestines. Colic is scary, but knowing that Leira’s gut has the extra support it needs helps both of us tremendously.