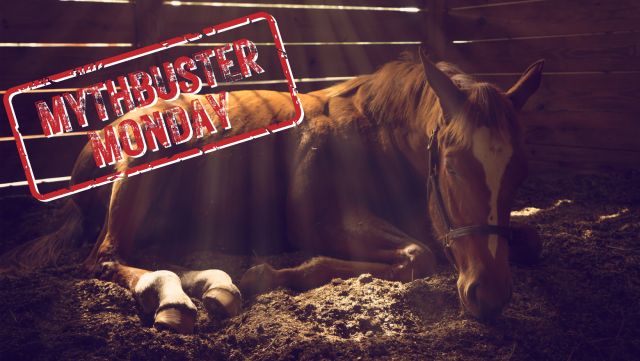 On Mythbuster Monday, we tackle a variety of equestrian myths to either bust or confirm. Today’s discussion: Is it okay for horses to lie down while colicking?

It’s Myth Buster Monday, where Horse Nation dives into different equestrian myths and provides research-based evidence to either bust or confirm those myths. Today’s topic: : can horses lie down while colicking. Does it twist the horse’s intestines more if the horse lays down while colicking? Read further to find out!

Myth:  While your horse is colicking you should walk him until the vet arrives and do not allow him to lie down. 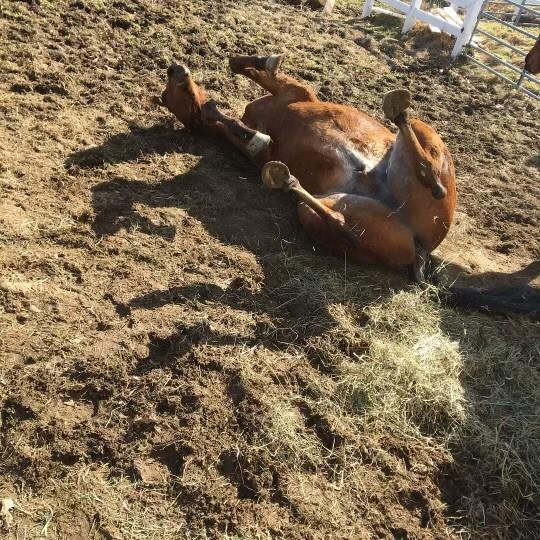 Colic is the most common reasons large animal veterinarians get called out. The word colic is an all-encompassing term that mean abdominal pain. There are many reasons colic happens. The most common are related to the gastrointestinal tract. They are gas colic and impaction colic.

Signs and symptoms of colic include lack of appetite, pawing, flank watching, biting or kicking, parking out and laying down and rolling. 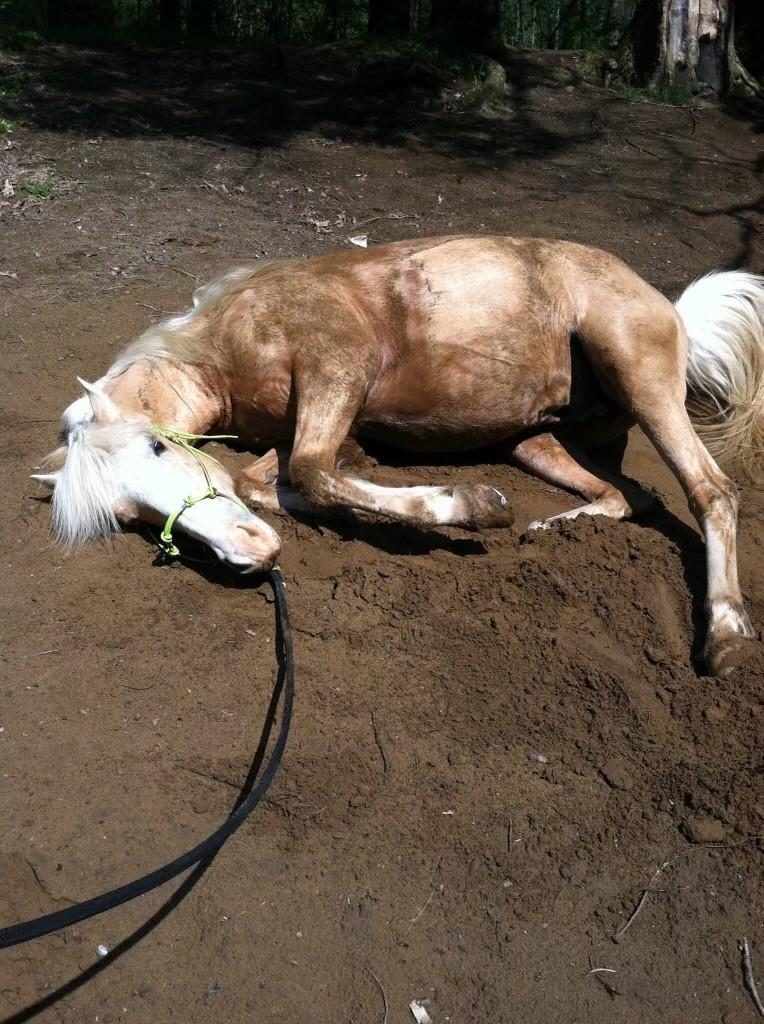 According to Dr. David Ramey, D.V.M. in his article, Colic Myths,  horses do not twist their intestines by rolling. Discomfort makes horses who are colicking more apt to lying down and rolling. This is because they are trying to get comfortable and get away from the abdominal aching.

The reason you are walking your horse instead of letting him lay down and roll is because with colic, horses can thrash around, which can cause further damage to the horse or be dangerous to the handler, but, it is not because it will further twist the intestines. It is also used as a way to decrease anxiety for the owner while waiting for the veterinarian to arrive.

Interestingly enough, walking is not a therapeutic option for colic. The example Dr. Ramey uses is that when you’re feeling sick after eating something that didn’t agree with you, you’d be upset if someone came by and said, “Okay, let’s go for a walk.”

If the horse is more comfortable lying down, there’s no reason to get him up to walk.

Now, researchers are not certain this is true. 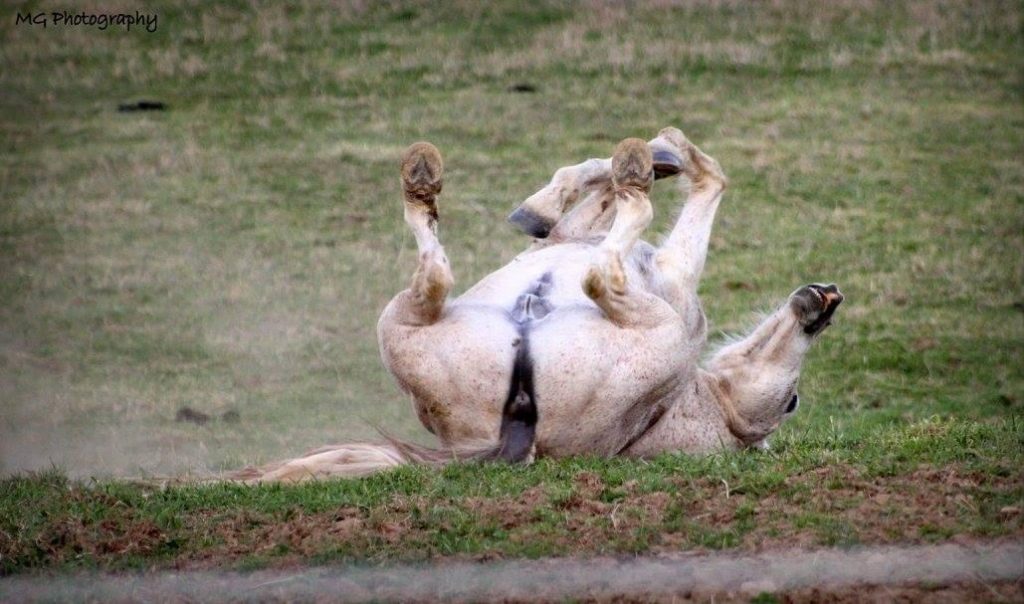 Equus Magazine wrote an article, What to do First When Your Horse Colicks. In this article they state it is a myth that horses with colic need to be walked.

If the horse is lying quietly, it’s best to allow him to continue in the way in which he’s comfortable. Again, walking the horse is a practice used to distract the horse or keep him safe if he’s violently thrashing. It is not aiding the colic in any way.