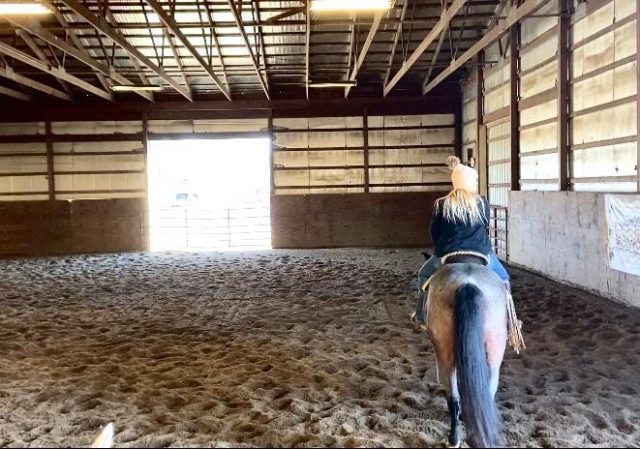 This year has been a productive year for me and my horses. They’ve all progressed so much it’s almost as if the series name, “Triple Trouble” doesn’t describe them anymore. Here’s a glance at how 2021 went for us.

It’s astonishing that another year has come and gone. While it feels like I blinked and the year is over, there’s so much that has happened. All three of my horses have evolved into better horses and my riding and horsemanship has progressed as well. I’d like to take this opportunity to recap and reflect on the exceptional year my horses and I have had.

Over the past year Buns and I have been extremely fortunate to travel many places. Off the top of my head, we made it to Tunica, MS, Murfreesboro, TN, Hocking Hills, OH, Benezette, PA, Assateague Island and Pocomoke Forest, MD. We rode up to wine stores, galloped the beach, saw wild horses and elk, and experienced the beauty of the great outdoors. These trips were some once-in-a-lifetime experiences. 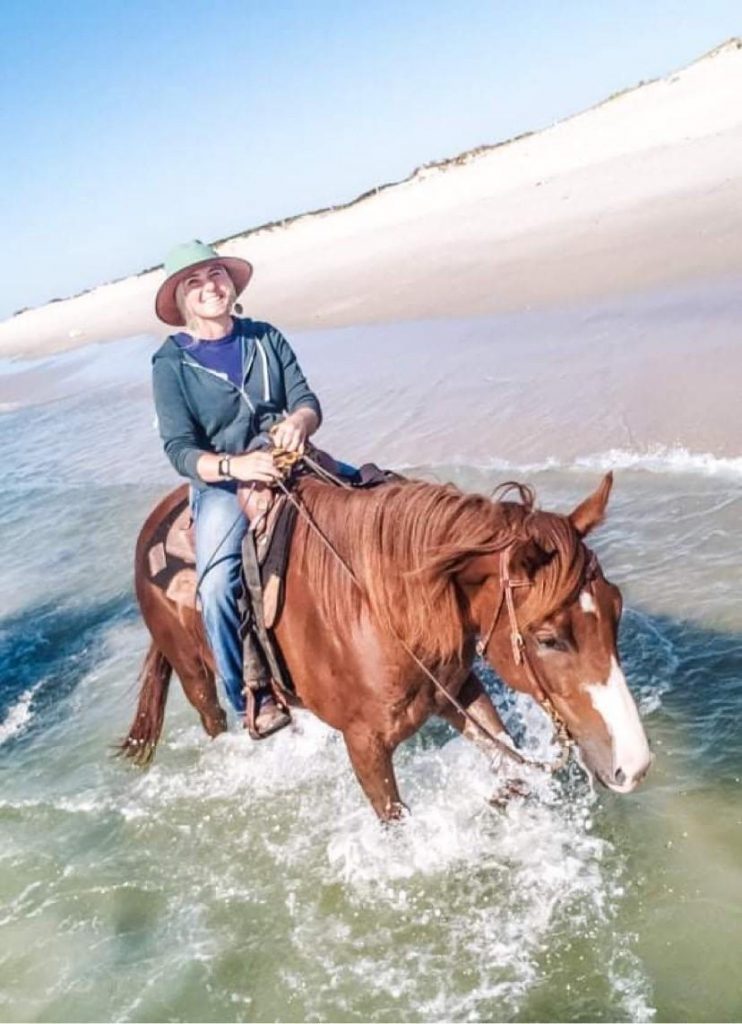 Buns and me at Assateague Island. Photo by Rebecca Smith.

In 2021, Buns and I had a rocky start in mounted shooting. We began picking up speed to keep up with competition. At this new speed Buns became inconsistent. He began to run off with me and blow off my cues. It was disheartening but, with excellent training from Penley Horsemanship and the drive to want to continue improving, Buns and I have become ridiculously unvarying.

I’m not going to lie, the beginning of the year with Payco was worse than the start of the year with Buns. Payco made me second guess buying him many of times. He was buddy sour, would run from you in the field, and could get out of any halter no matter how secure it was. 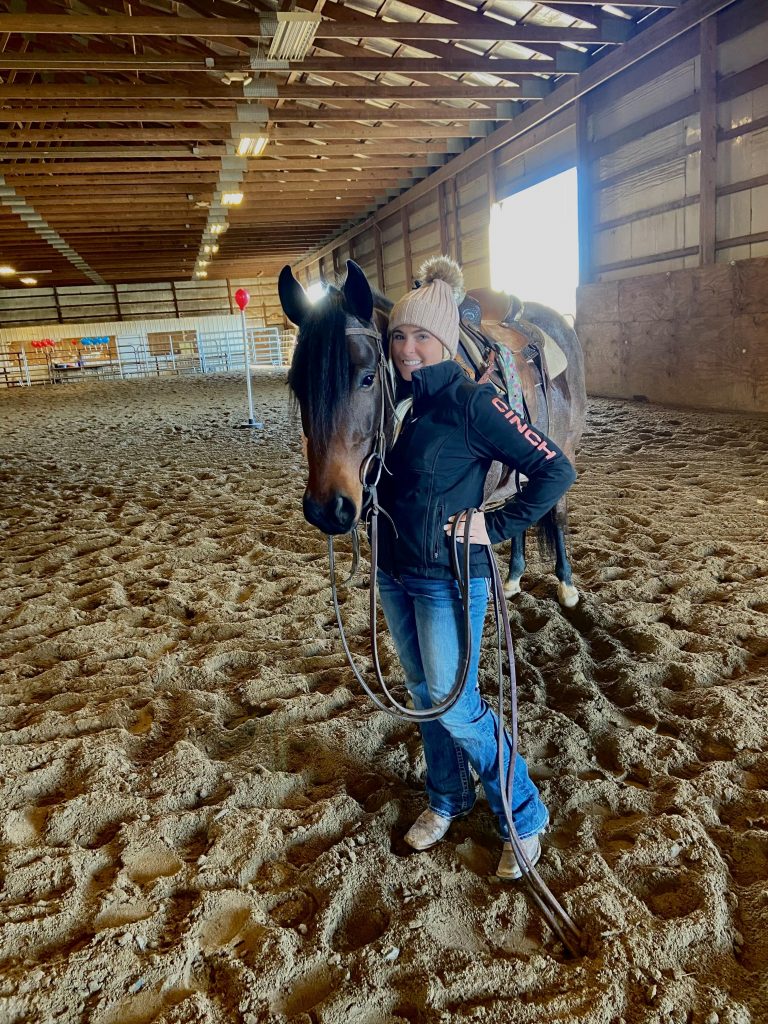 He’d be in a rope halter in cross ties and I’d go to the tack room to get a brush and when I returned the halter was in the cross ties, Payco-less. Off he went to the gate of the pasture to be put back with his buddy.

For the past several months Payco has been in training with Penley Horsemanship. He’s grown, matured and evolved into a spectacular colt. It’s amazing what consistent training under a reputable trainer can do for a horse. When I see the memes that say most of a horseman’s budget should go to lessons and training, I 100% agree. Payco and I have learned a plethora of information during our time spent in training this year.

Over the past month or so, Payco and I have been working diligently at becoming a team. It’s been an adjustment. Payco is SO VERY DIFFERENT from Buns. There’s so much to know that I have to write detailed notes to remember what to work on. It’s been a really frustrating process for me because I want to ride him to the best of both our abilities and I’m pushing myself really hard.

Payco is a once-in-a-lifetime horse. His athleticism, mature mind and willingness to please is extraordinary. I am going to work so hard this coming year to get with him and have two horses that are forces to reckon with.

2021 has been all about exposure for Hot Sauce. Many of the weeks that I took Buns to Penley Horsemanship for lessons Hot Sauce also went. She was turned out in a round pen in the outdoor arena where we practiced shooting. She’s become accustomed to the gunfire and doesn’t seem bothered by it.

On rainy days, Hot Sauce became the main focus of my lessons. We learned how to yield the hindquarters and the importance of keeping control of the nose. She was saddled for the first time this year and had a positive experience.

Hot Sauce has gone from an unruly weanling to an obedient yearling. She now ties, picks up all for feet, leads, respects pressure, is calm with being fly sprayed, is quicker to move her hip away and is getting accustomed to saddle pads and saddles being placed on her back. In 2022, we will continue building on these training areas.

Overall, this year’s been a productive one for all three of my horses. When I started this series in January I picked the title “Triple Trouble” because that’s exactly what these three were. Every time I was working with them it was like an episode of The Three Stooges. If one was acting a fool, they all were acting a fool. If one was in order, the other two were still unsatisfactory. Some days it was a real $h!t show.

Now, by the end of the year, they’re all attentive and well rounded. They’re using themselves correctly and acting like good citizens. I’m excited to continue building with them over the next year.

2021 has been a year for growth and I anticipate we’ll continue strengthening the foundation we have created. I hope you all found yourselves growing with your equine partners this year and I wish you all the best while you continue on your journey with them over this next year.