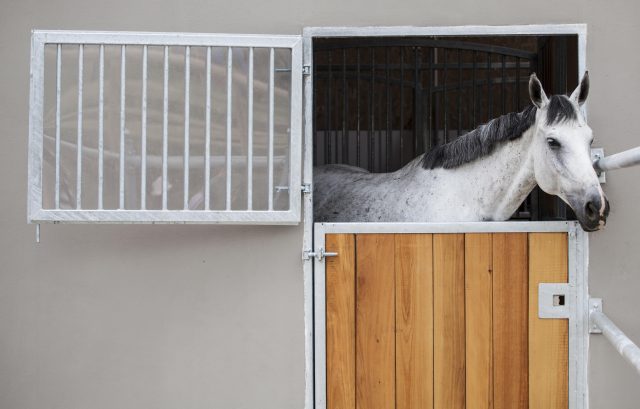 If you’ve ever had a horse on long-term stall rest, you know that keeping its brain busy (and its feet slow) can be a challenge. This week, SmartPaker Jessica Davis discusses her approaches to minimizing stall rest stress.

My mare, Lily, is on 24/7 turnout with a run-in shed as her shelter. She’s happiest with being outside all the time, and even in the most inclement weather can often be found outside of her shed standing under a tree. I have rarely put her in a stall for more than a few hours at a time. While she’d never been bothered by being in, she’d never had to spend a long period of time stuck in a stall.  Until she stepped on something in turnout and cut her heel bulb. 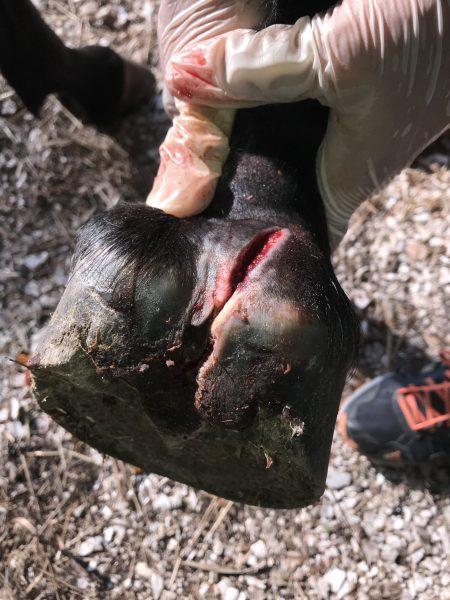 The cut was about an inch to inch and a half deep in parts, and we’re really lucky that whatever she stepped on did not hit any major structures. Unfortunately, because it went straight from the bottom of her foot up her heel and she’d been standing outside in a dirty paddock (although mucked daily, you can’t keep all the bacteria, germs, etc. out of the ground), the cut did become infected really quickly — as in, by the time I found her later that day, it was already showing signs of infection. Our veterinarian came out quickly and with the help of some serious sedation, we got it cleaned out, examined, thoroughly wrapped, and antibiotics started.

With a major open wound that needed to be kept wrapped, turnout clearly was not an option. I got a stall set up with nice, clean, fluffy bedding and started planning for how to keep an Arabian mare not used to being inside occupied. Stall rest is tough on many horses. It’s boring. It’s stressful. Some barns may not have other horses inside during the day or night for company. There’s no way to easily use up energy. So what do you do to keep your horse occupied and as stress-free as possible?

I started with her gastric health and put her on UlcerGard daily since it was a major change in her living situation and I knew it would be stressful for her. Excess stress may be a cause for gastric issues, and I didn’t want her to feel more miserable than she already was! A slow feed hay net or hay bag also made sure she had hay available all the time so she could nibble all day long. While not all barns may allow it, a stall door guard that allows your horse access to look out into the aisle (or out into the paddock if they have a stall with a run attached) can also be a good option so that your horse can see what’s going on around the farm for some mental stimulation. My mare’s stall had a lower stall door that she could put her head over and look out the main barn door, so we didn’t need the stall guard — but it came in super helpful for a friend’s horse on stall rest so he could look out both the front and back of his stall since he couldn’t have access to the attached run on his stall. 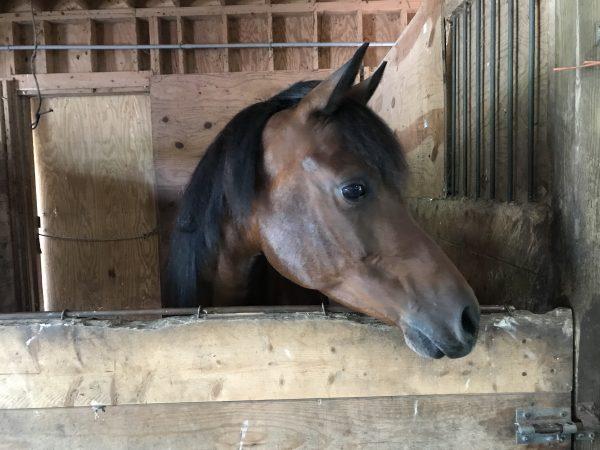 Although a hay net was great for keeping hay in front of my mare, it wasn’t enough to fully keep her occupied. Stall toys like Uncle Jimmy’s Hangin’ Balls and Likits gave her something else to work on and think about. Hanging these types of toys from an area that makes them harder to eat in one go is the best, as I know from experience that if a horse can pin it to the wall and figure out how to bite chunks out of them- they will not last long! I hung mine from the center of the stall so she had to think about how to get at it. The Shires Ball Feeder with some SmartCookies also helped with the boredom of being stuck inside. 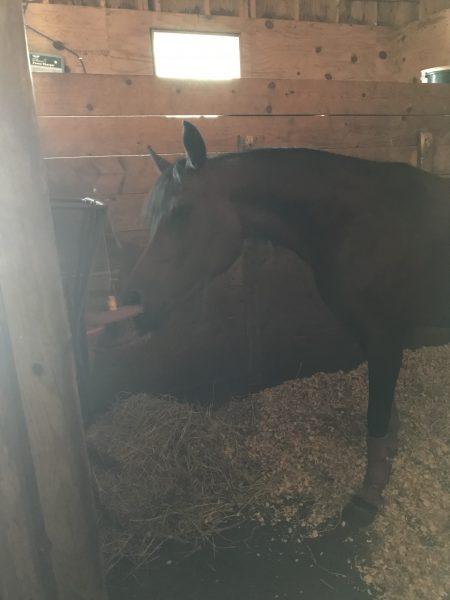 I also tried to spend time grooming her every day, using her favorite grooming tools like HandsOn Gloves for Grooming and soft curry combs. She wasn’t able to be walked much with the wrap on her foot, but a friend suggested closing up our barn aisle when no one else was around and letting her wander around the barn. I could make sure she wasn’t getting up to any nonsense and it was nice that the aisle was flat with no footing changes that may stress her cut like hand walking on the driveway or around the property might. Because she was in the aisle alone with me, she wasn’t too interested in being silly like she might if she was outside on a lead and saw her friends or expected more freedom. I know that aisle turnout may not be an option at all barns, but it really helped out my girl! Plus, once we got the all-clear to go back out, at least she had moved around a little bit in the barn before her first small turnout. She was still an absolute loon her first few minutes being outside, but calmed down pretty quickly!

Hopefully, these suggestions help out if you end up with a horse on stall rest too. It’s hard when we can’t explain why they are suddenly stuck in but there are many ways to help keep our buddies occupied and mentally engaged. You could also try teaching them tricks or carrot stretches (with vet approval and dependent on the reason for stall rest of course!) or taking the time to practice your braiding skills (if your horse enjoys that, one of my mares really loved being braided!). If you’ve been through stall rest with your horse and have other tips and tricks to share, I hope you’ll pass the suggestions along! 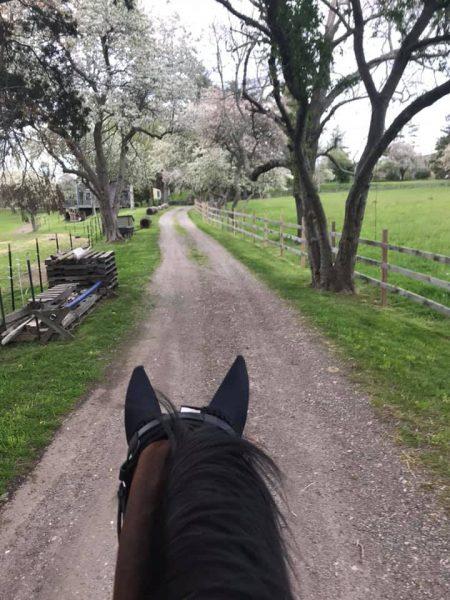