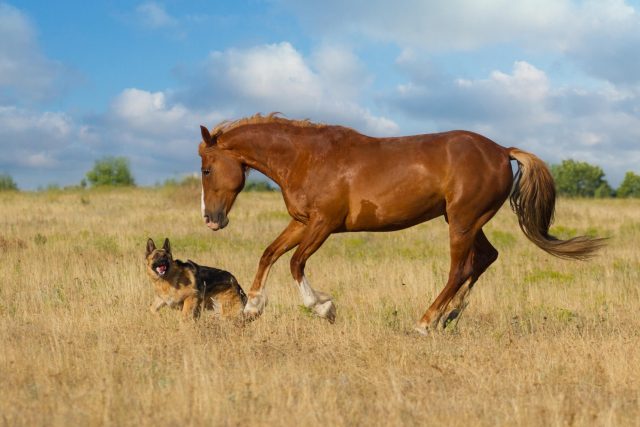 October 31, 2021DeAnn SloanReader Submission#HALLOWEENComments Off on The Legend of the Golden Ghost and Good Dog 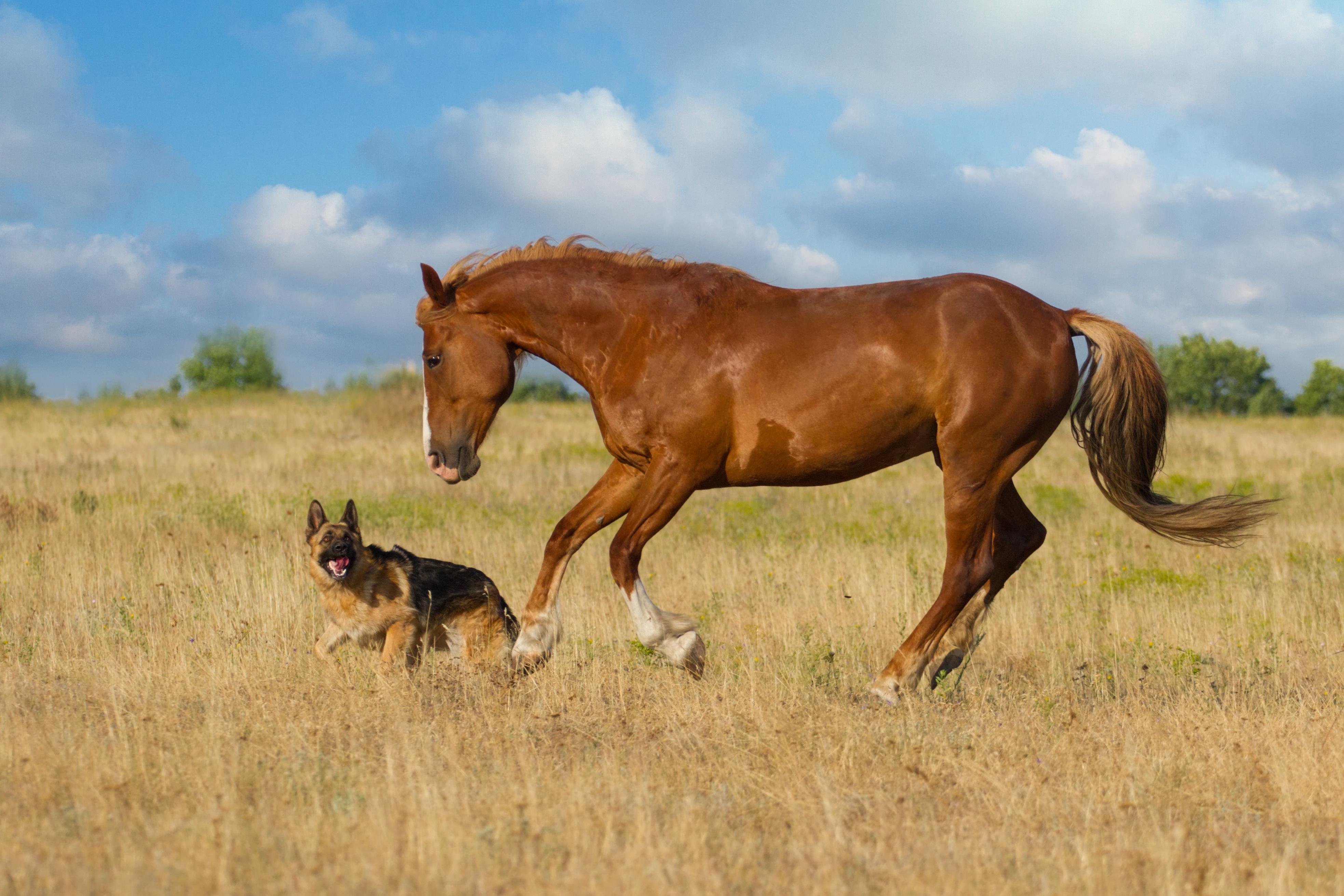 The fall season in the Stillwater mountain range can be a challenging season for working cattle. This time of year in Northern Nevada, the ranchers bring in their cattle from the range and move them to their fields in the great valley, or to feed lots for the harsh winter. Many cows have recently had their winter calves. Fall on the range can bring all four seasons in one day. They say, “Don’t like the weather in Nevada? Wait five minutes.” It was one of these fall days, in my third year of being hired onto Lisa’s cattle operation, that I first saw the golden ghost and good dog.

I was working alone. Atop my mare, Kitty, and best working dog by my side, Maisie, we set out to find a cow that we hadn’t seen in a while. This cow was the most ornery thing I’ve ever dealt with. I had nicknamed her “go away” because I never felt welcome in her presence. She liked to leave the herd to have her calves. Go away would find the most remote, sheltered spots in the range and stay there for a few days, mothering her new baby, and allowing it to gain the strength to rejoin the herd. Normally we’d let her come back on her own, but bad weather was on its way and Lisa preferred that cow, and her new little one, be brought home before then.

I had looked for this cranky mom cow for hours. The beautiful, crisp day that greeted me with its far-reaching warm fingers had turned angry. Wind was biting at my face. Kitty had her eyes half closed and her head cocked to one side as the wind relentlessly cut into our bodies. Maisie was sticking close, bored with the lack of excitement that required a cow dog’s attention. Suddenly, Kitty’s head popped up, both ears pricked towards our 3 o’clock. Maisie took off. I didn’t see where she went because on top of the next ridge over stood the most regal looking horse. He looked like something out of a movie. His golden mane and tail were long and waving in the wind. His glowing copper body stood out from the sea of brown that was the barren high desert this time of year. Out of the corner of my eye I saw a black streak. Every instinct told me it was another dog, but Maisie was a red border collie, and this dog was bulkier and very dark. Confused, but intrigued, Kitty and I headed to the ridge that the golden ghost had disappeared over.

I could tell immediately that the ornery cow was dead, probably from complications during birth. Her new baby was lying next to her, shivering. I didn’t have time to look for the mystery horse and dog. It took some ingenuity, but I managed to get the baby tied onto Kitty’s back by standing her next to a hill with a rock, and hoisting, barely, the heavy calf onto her. No small feat as the weather was quickly turning, and I was not able to feel my hands as I tied him on in front of my saddle. Maisie appeared as I was finishing up, out of breath from what I assume was her chasing the black dog, and we headed home. As a woman in a man’s world, I wanted to show that I could do the job. That day we did.

I saw the golden ghost and who I now call “good dog,” the black dog, many times over the next year: always when I was alone, always leading me to whatever I was looking for. I never saw good dog clearly. He was a black streak that you couldn’t train your eye on. I assumed they belonged to a local rancher that also had his cattle in the range so I never inquired as to why they’d be out there. I thought of them as my lucky buddies in the lonely mountains.

The following fall, Lisa joined me as we set out to locate the herd. They next day we planned to come out with a larger crew to round them up for the drive home.

The weather was cool, but clear. We couldn’t have picked a better day to be out there. Our horses and dogs picked their feet up into the higher elevation with gusto and determination. I scanned the horizon, hoping that my buddies would show us where the cattle were. I didn’t consider what Lisa would think: I called out, “Golden ghost! Good dog! Show us the way!” Maybe they would show themselves despite having company. Lisa started laughing like I was crazy. “Whom are you talking to, lady? It’s just us out here!” I recoiled slightly. I knew I’d have to tell her my secret about how I was able to find her cattle so quickly. I told her about my two animal friends that helped me when I was alone, how the copper horse with the golden mane and tail would appear out of thin air as a beacon, and the black dog would zoom past in the direction the cattle were, just out of sight. Lisa inhaled sharply when I was done and was silent. I thought, “Oh great. She’s going to fire me. She thinks I’ve lost it.” Lisa remained silent for the next 30 minutes as we located the first bunch and we moved on to find more.

Finally, after what seemed like an eternity, Lisa spoke. “My son in law bought a horse at auction about 20 years ago. He was sent to me because he thought we’d get along. He was a tough one to figure out, but in the end that horse would go through hell or high water for me. He loved his job. He was my heart horse. My dog at the time, Cash, he went everywhere with us. This dog right here next to me is his grandson. Some years ago, that horse, Mo, he was tied up in the barn and we found him already passed from what we think was a broken neck. He must’ve spooked at something and pulled back. It broke my heart. I think of him every day, especially up in these mountains where we used to roam. Anyway, Mo: he was shiny copper sorrel with a flaxen mane and tail. Cash, he was an Australian Kelpie. Black and tan. Mostly black.”

I sat on Kitty, stunned by what I’d just heard. Could these be my two buddies: the golden ghost and good dog? We continued forward at a now contemplative pace. We were up in high country now, out of the valley floor, and where the hills seemed to go on forever. Pinion pine dotted the landscape. Our horses’ ears pricked. Lisa and I looked up just to see a black streak and a flash of gold disappear over the ridge to our left. I smiled and turned to Lisa, about to point out the obvious, when I stopped myself. Lisa had tears in her eyes and was staring off in the distance. No words were spoken as we made our way in the direction our friends went, sure to find the cattle we had been looking for.