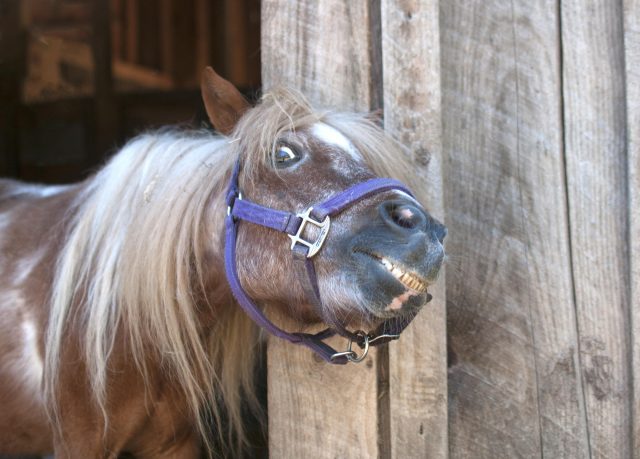 This one will give all of us a fright (and should be read in the same meter as Edgar Allen Poe’s “The Raven”). 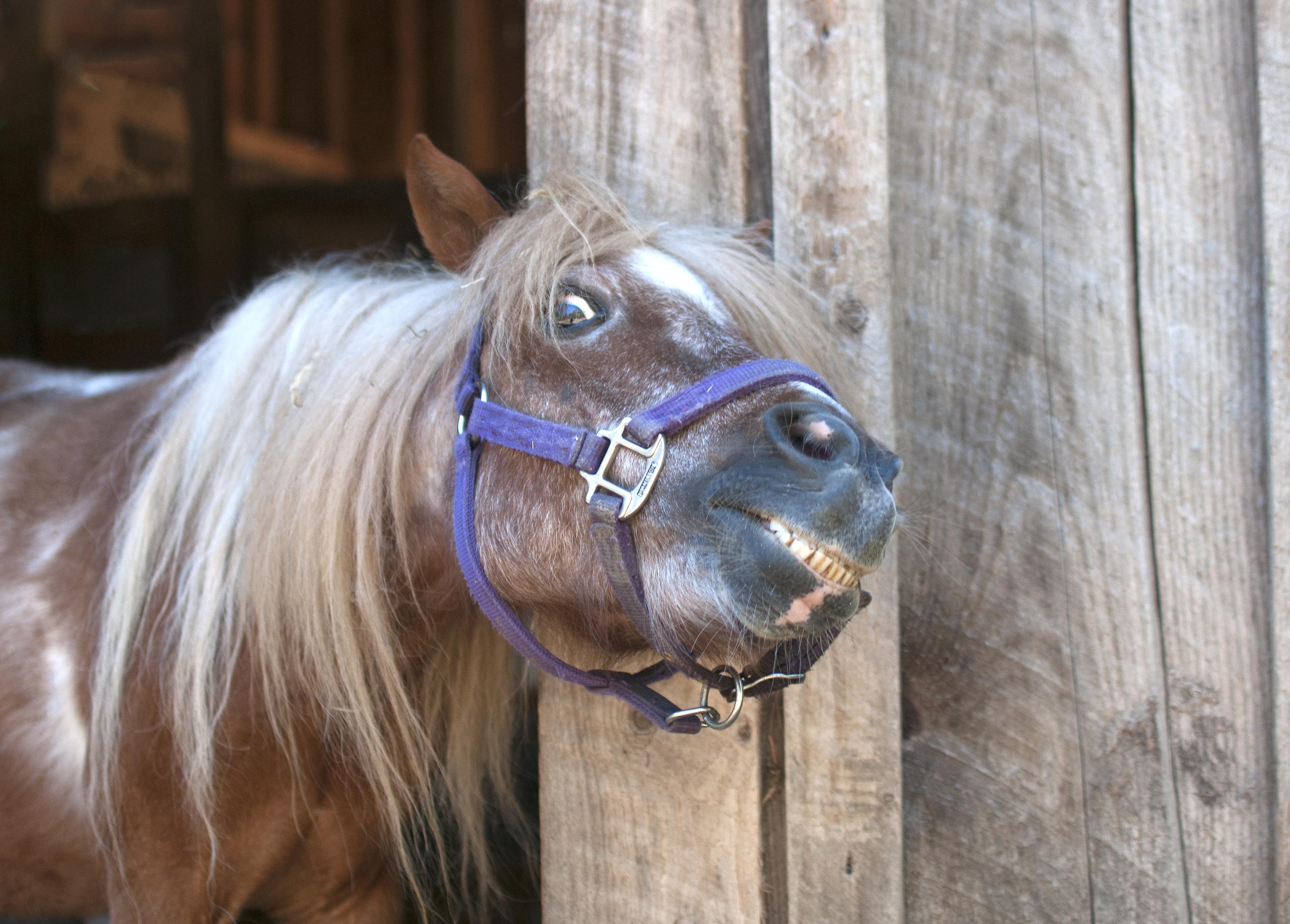 The Ex-Racehorse
After Edgar Allan Poe’s “The Raven”

Once, in a bleak, cold November of snow squalls I well remember,
My rider arrived one day with my saddle at my stable door.
While I munched hay, nearly napping, suddenly there came a tapping
Of those boot spurs gently rapping, rapping on the stable floor.
“Tis a mistake,” I muttered. “Must be headed for some other door.
Only this.” But there was more.

Uncertain that my rider realized this wouldn’t be a ride idealized,
I squealed and spun and stomped my hooves in athletic feats not seen before.
I tried to warn her of her error and of the impending terror –
Thanks to the horrific weather we’d had no turnout in a week or more.
Antsy pantsy anxious horses with no turnout in a week or more!
But still she stood at my stall door.

On went my saddle and my bridle, the girl not happy to be idle
Was fully unaware the dangers that her confident nature bore.
She led me to that ring of horrors. She couldn’t see what’s in those corners –
In those dark creepy corners filled with horse-eating beasts not seen before!
These ghastly, savage horse-eating monsters no human’s ever seen before.
But I am wiser. I know more.

She mounted up. I was sweating, pawed to show her I was fretting,
Fretting at the prospect of the doom I felt within my core.
And then I heard it – cracking, sliding – a chunk of snow-ice swiftly gliding
Off the roof and landing with a thud against the arena door.
It lurked and taunted us from where it sat by the arena door
And I knew it would just bring more.

Cracking ice above accenting every footfall, I was getting
More and more on edge with every trip by that arena door.
As the shadows did their dancing, I couldn’t help it – I was prancing,
Prancing when I first caught sight of light through that arena door.
It laid there – beam of sunlight cast before my hooves upon the floor.
I simply couldn’t take much more.

I shied and jumped. My rider soothed me, but her dismissal just confused me.
How could she miss the molten lava upon that there arena floor?
She pushed me on. I tried to listen, but that light continued to glisten
As she reached back to pull my sheet to leave upon that cursed door.
The static from the quarter sheet upon my rump I can’t ignore.
“You’re fine, calm down.” But there was more.

The door, it opened. And through it entered a fuzzy mini. On its back, centered
A little squealing child delighted. Around the ring the duo tore.
I tried to watch them as my rider, feeling me tense, drew her reins tighter,
Tight against my mouth until I couldn’t take it anymore.
I spun and stared. And still, there’s more.

“Pony,” said I. “Thing of evil! Barely equine, more the devil!”
The little creature pranced and snorted, tip-tap hooves upon the floor.
Then that evil creature farted, and the whipping wind, it started
Moaning through the edges of that cursed far arena door.
Accenting the sound of pony farts that I abhor.
“You’re fine, calm down.” I’m fine no more.

So I leaped in fits of terror, and my rider saw her error,
Saw it from eight feet above that suddenly solid arena floor.
In the damp dirt there she landed, and I took off as I had planned it,
Bucking, squealing, cursing devil ponies and that evil door.
Ride me again on a winter day and tempt fate with that cursed door?
Quoth my rider, “Nevermore.”