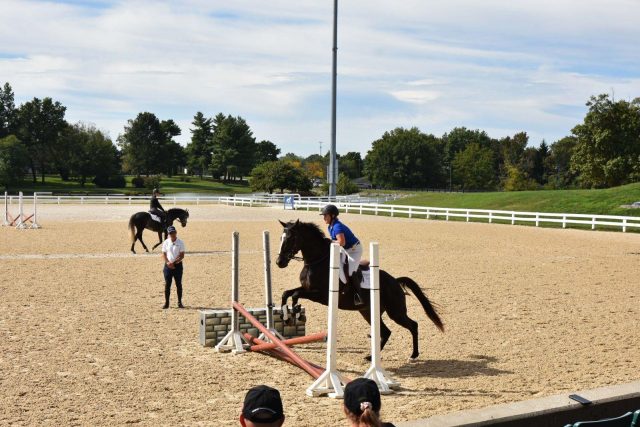 A marriage proposal was the icing on a huge cake celebrating the horse at EQUITANA USA this weekend. Thousands of fans poured into the Kentucky Horse Park Friday, Saturday and Sunday to experience the first North American iteration of the event in almost two decades. 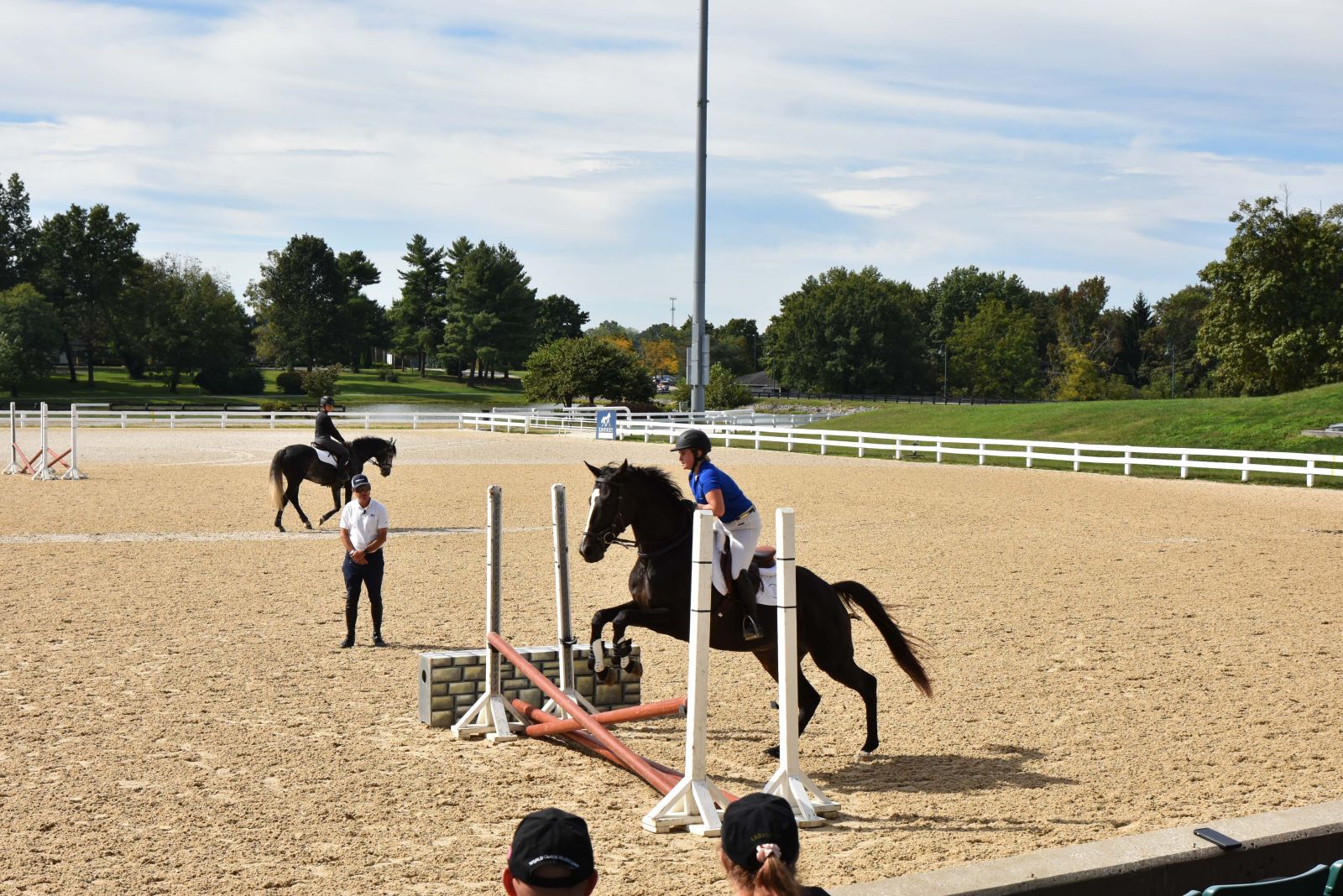 A marriage proposal was the icing on a huge cake celebrating the horse at EQUITANA USA this weekend. Thousands of fans poured into the Kentucky Horse Park Friday, Saturday and Sunday to experience the first North American iteration of the event in almost two decades. The premier horse industry event finally happened for in-person fans after moving all-virtual last year due to COVID-19.

Fans and professionals of all riding levels, disciplines, and breeds, as well as enthusiasts of all ages celebrated the horse during the three-day event.

Saturday afternoon saw the most unexpected highlight for EQUITANA USA 2021. Lindsay Partridge’s Confidence Building session worked on Suffolk, Va., trainer and owner Joe Musicaro as well as the horses. He dropped to one knee and proposed to Jennifer Rose, Partridge’s exhibition rider, as she prepared to dismount following the session. She said yes.

The engagement only added to the successful event.

“Getting back to in-person events has been a relief and celebration for everyone this year,” said Meghan Margewicz, the event director. “Since this was our debut for EQUITANA USA here, the excitement had a bit of an extra happy edge to it. The wedding proposal was a brilliant exclamation point for the weekend.”

“From the clinics and seminars to the activities and shopping, our attendees got a lot out of the weekend,” she continued. “We know we’re only going to grow in years to come.”

From the opening ribbon cutting by Margewicz and event spokesperson Jane Besehar, former First Lady of Kentucky, to the closing keynote from paralympian Sydney Collier, attendees basked in the love of the horse. 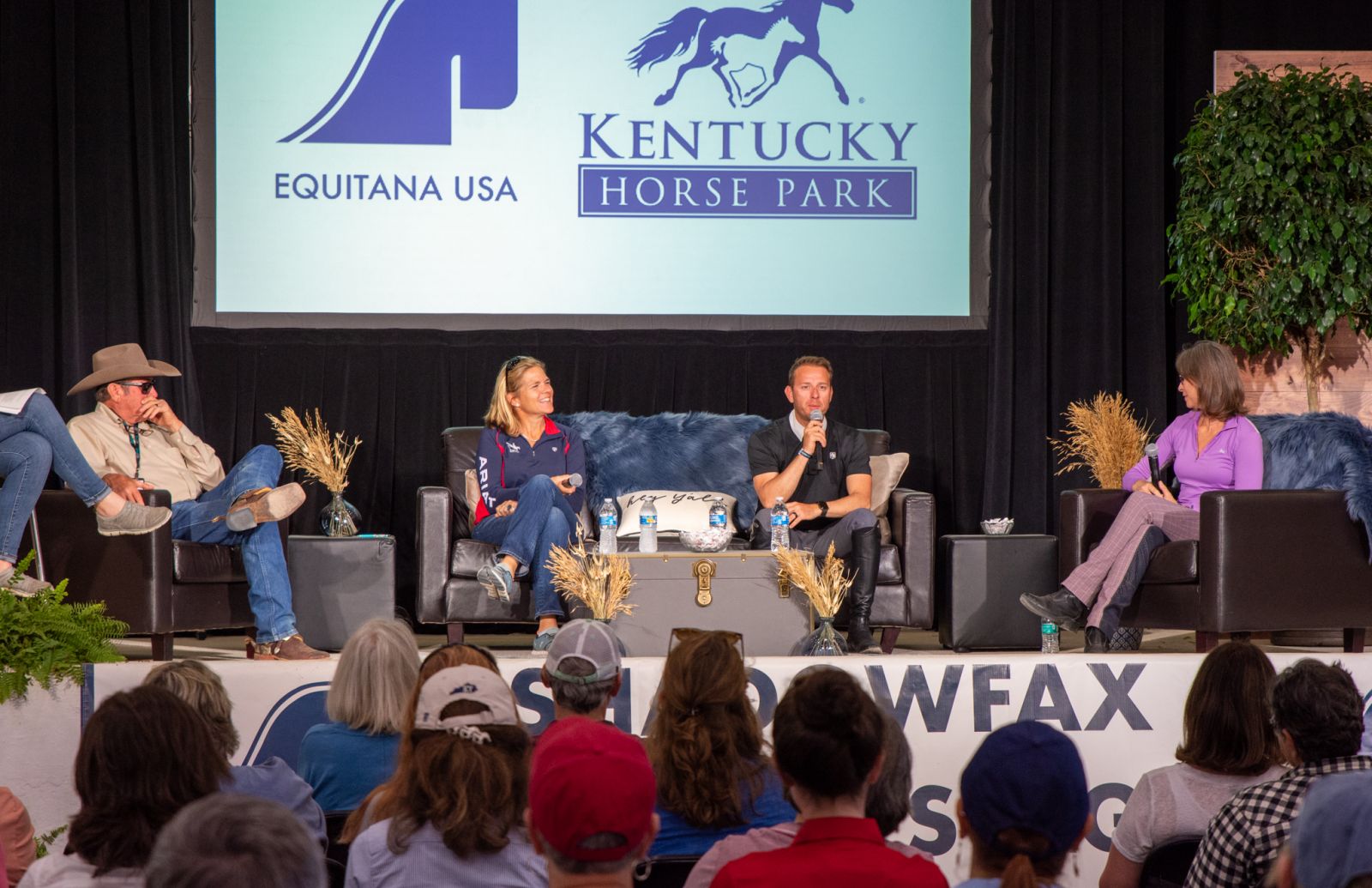 “We’ve really enjoyed getting to see the other breeds,” said Chris Hazlewood of Chapel Hill, Tenn., who attended with his daughter Georgia. “It’s been exciting to see horses that we’ve never seen before.”

Reality television star Carson Kressley not only attended, but participated in the BraveHearts “Trail to Zero” ride to honor veterans who lose their mental health battle to suicide. BraveHearts works to solve that problem by offering equine assisted therapy and activities to veterans that would benefit. Kressley, most recently a judge on the Food Networks BBQ Brawl and Rupal’s Drag Race, is perhaps most known for one of the original cast members of Queer Eye for the Straight Guy.

Exhibitors were pleased with the new opportunity to connect with customers and equine enthusiasts who came from all around North America.

“This has been a fantastic show,” said Mike Stradiot of Denver, Colo.-based Drinking Post, a self-cleaning watering mechanism for the horse. “Personally, my favorite part of the show has been the opportunity to meet a ton of new people and interact with the market that traditionally we haven’t had an opportunity to get engaged with. It’s been a fantastic show, phenomenal people and it’s been a really good time.”

“I love EQUITANA because it brings a lot of different types of trainers all into one space,” said Kara Musgrave of Green Guard Equine. “So you can see a really big variety of some of the best horsemanship in the nation.”

2016 and 2021 Paralympian Sydney Collier closed out the weekend with a compelling closing keynote talk entitled, “Learning to Love the Lindas in Your Life.” She shared her experience with always resenting her immobile left arm (Linda) to reframe that resentment which improved her competitive performances.

“It’s not something I could order on late night television,” she quipped. “It’s actually something that’s taken a long time and it has taken a lot of surrounding myself with people who actually don’t see Linda as a lost cause.”

Collier used Linda as a metaphor to tell the audience they could overcome their own challenges in competition and in life.

“Let’s face it, there are no improvements to be made without taking that initial leap of faith, in starting the process,” she explained. “That’s where it’s so intimidating … to take that first step in whatever you’re trying to do.”

EQUITANA USA will return to the Kentucky Horse Park in September 2022. Official dates will be announced soon.

For more information about EQUITANA USA, visit www.equitanausa.com or www.kyhorsepark.com.