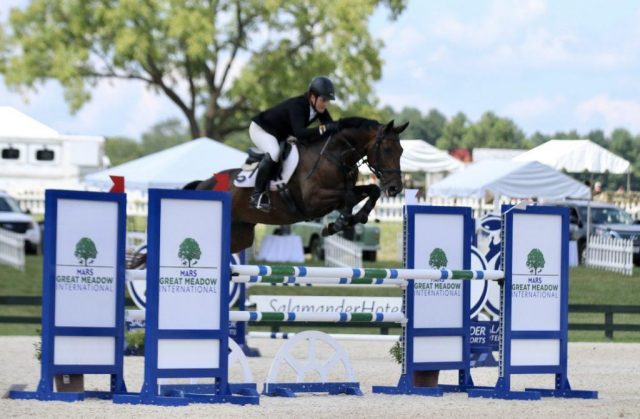 September 17, 2021DeAnn SloanEma KlugmanBest of JNComments Off on Best of JN: Meeting of Minds — Horses and Graduate School, Part I

Think you have a lot on your plate? Here is the first installment of Ema Klugman‘s thoughts on the connection between new and old challenges as she begins law school AND preps for the inaugural Fair Hill 5*. 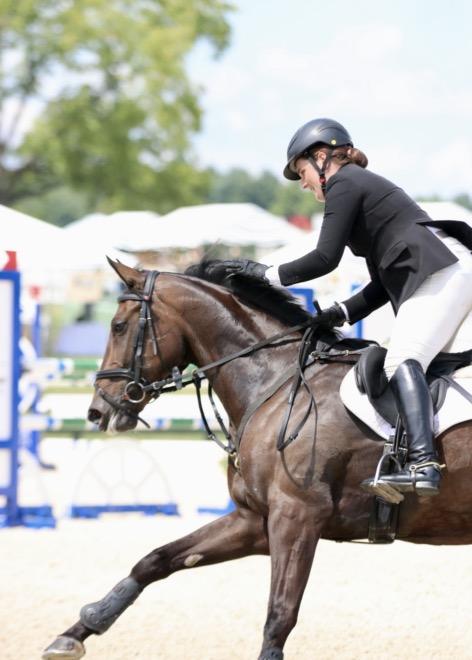 Just about a month ago, I attended the first day of orientation at George Washington Law School. Before I left early that afternoon to compete in the Great Meadow International CCI4*, I listened to our new dean, the first woman in the school’s history, express excitement about the fact that five hundred of us 1st year law students were actually physically present in the same auditorium. Among us were athletes, veterans, historians, parents, political staffers, healthcare workers, industry professionals, and fresh-faced youngsters straight out of their undergraduate degrees. We came from countries around the world and almost every state in America. We laughed at how excited she seemed, but understood that it had probably been exhausting to lead the law school entirely behind a computer screen for the past year. Her exuberance was contagious, and we all left that auditorium feeling energized. Yes, we were here. We were here.

Now we are in week 4 of classes, and some of that initial exuberance has traded places with fatigue and confusion. Like any transition to an unfamiliar setting, the past few weeks have been a learning curve. I, for one, sort of forgot what it was like to do homework and masses of reading (I guess I have a bad memory, because it’s really only been 18 months since I finished my undergraduate degree). I certainly got physically lost a number of times, despite the fact that all of our classes are in one block of three connected buildings. I was intellectually lost for the first two weeks for sure, but now some concepts (approximately 50%) are starting to make sense. I took forever to pick up my school ID card, so I was at the mercy of other students to swipe me into buildings. I actually haven’t entered the library yet, which might be a good sign that I’m not too stressed out. Alternatively, it could mean that I’m not stressed enough! Who knows, we are all figuring this thing out together.

There’s a guy in my writing seminar class who is working full-time on a political campaign. I haven’t told him this, but the fact that he’s doing that while enrolled in law school full-time encourages me that I’m not crazy to ride three horses at the upper levels of eventing while also enrolled in the same program. But maybe we are both crazy, and by November we will wonder what we were thinking.

The fact is that I’m a passionate nerd who would like to make a positive impact on communities around me, and I see the law as tool to do that. That’s why I’m in law school. I also happen to have stumbled into a team of wonderful horses—and people—who make my aspirations of riding at the biggest events in the world less far-fetched than they once were. The opportunity that these special horses are giving me isn’t something I can table for three years while I pursue my education. I also don’t think I’ll find this kind of horsepower easily again. Horses don’t train themselves, and you only get sharp and competitive in competition if you’re out there competing. My parallel dreams of being a student and a busy competitor don’t exactly dovetail nicely, but neither do most things in life.

In one of the required first-year lecture classes, Contracts, we talk about a concept called a “meeting of the minds.” It’s a phrase in contract law used to describe the intentions of parties forming a contract. Think of a horse seller and buyer entering into an agreement to exchange a horse for money. There are certain conditions that they both agree to in the transaction, requiring a certain “meeting of the minds.” They have to be on the same page. There is a common understanding in the formation of the sales contract.

I really like that phrase. It think it describes something that human beings aren’t particularly good at—which is why people get sued for creating bad contracts or for breaching them. It’s all about communication, the ability to convey what you’re thinking to someone else. I learned a saying on a call with the Australian High Performance squad a couple of weeks ago, where we were lucky enough to listen to Andrew Hoy give a short talk after his fantastic performance in Tokyo. He said “what goes on in the brain goes down the rein.” In other words, the horse is always listening, and you have to be so aware of your communication to her. There has to be a meeting of the minds when you’re riding a horse, or else you cannot produce the performance you envisioned. It takes years to learn to do this well, but I can imagine that it takes years to learn to be a good contract lawyer as well.

A meeting of the minds. That is what I’ve been thinking about. Now I’m looking at the clock and patting myself on the back—my procrastination plan worked, yet again. I sank an hour of study time writing about horses. I should really get back to finishing my reading, lest I fall victim to a cold-call this afternoon. Stay tuned for the next installment.