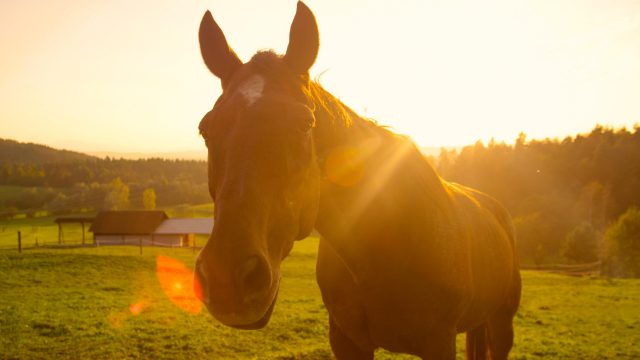 The Save America’s Forgotten Equines (SAFE) Act would permanently ban horse slaughter in the U.S. and end the export of horses for slaughter. Animal welfare groups are applauding this effort. 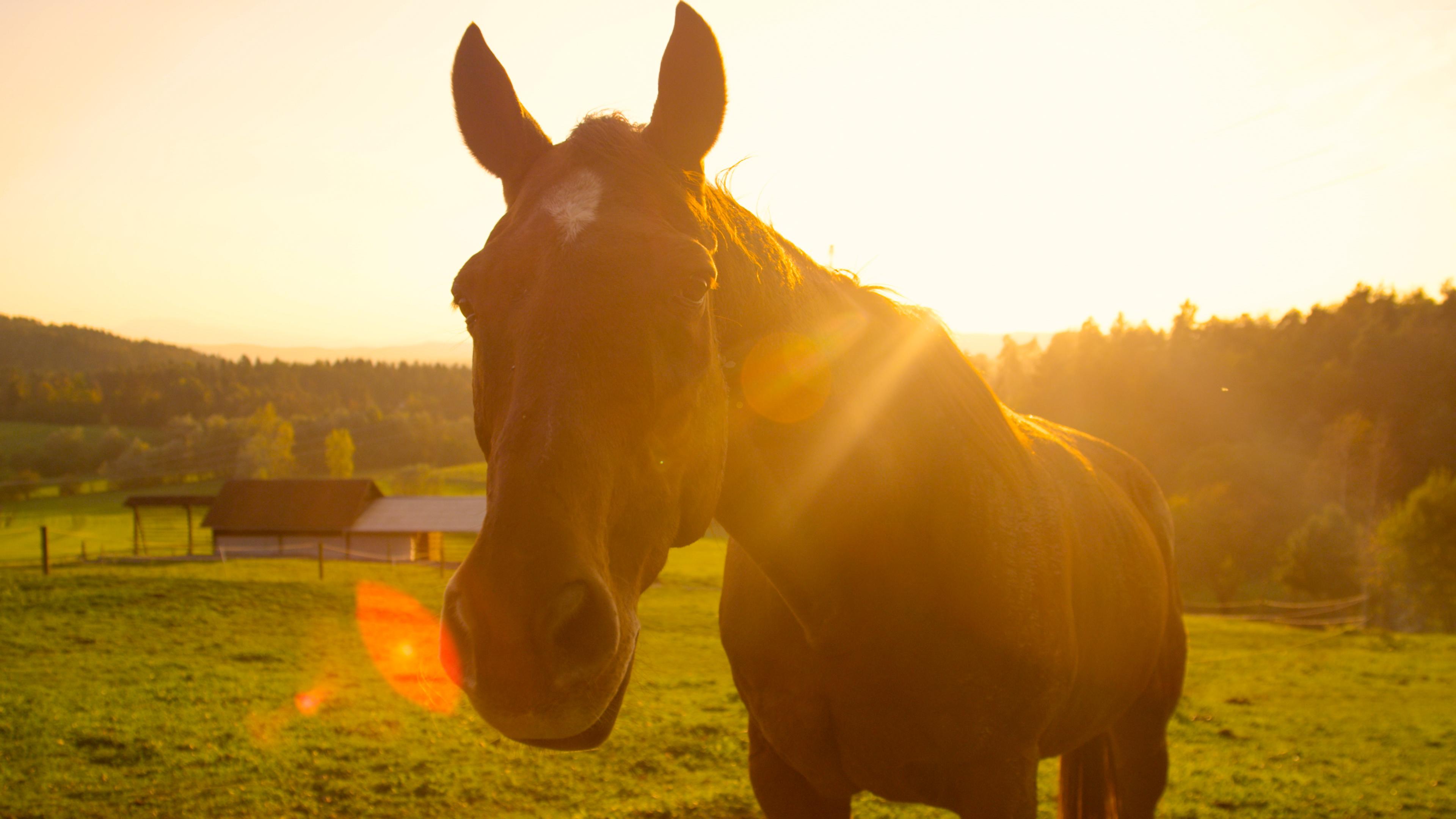 Yesterday, a bipartisan group of federal lawmakers reintroduced legislation to permanently ban horse slaughter in the United States and end the current export of American horses for slaughter. Sponsored by U.S. Sens. Robert Menendez, D-N.J., Lindsey Graham, R-S.C., Sheldon Whitehouse, D-R.I., and Susan Collins, R-Maine, the Save America’s Forgotten Equines (SAFE) Act is supported by leading animal welfare groups, including the ASPCA® (The American Society for the Prevention of Cruelty to Animals®), the Animal Welfare Institute, the Humane Society of the United States, the Humane Society Legislative Fund, and Return to Freedom Wild Horse Conservation.

“The gruesome practice of slaughtering horses for food has no place in the United States, and it’s well past time for Congress to say once and for all that horsemeat is not what’s for dinner,” said Sen. Menendez. “Horses are routinely treated with drugs that are dangerous for human consumption and do not belong in our nation’s food supply. Our bipartisan legislation will help put an end to the cruel and inhumane slaughter of horses while protecting families from toxic horse meat and safeguarding the reputation of the U.S. food industry worldwide.”

“Horses hold a special place in our history and culture, and the practice of slaughtering them to satisfy foreign appetites simply does not reflect the admiration we have for these animals,” said Sen. Collins. “In an effort to protect horses, this legislation would deter the transport or purchase of horses for human consumption.”

“The overwhelming majority of Americans oppose horse slaughter for human consumption and the ASPCA is working resolutely to solve equine welfare issues on the ground, but we cannot fully succeed while the slaughter pipeline remains open,” said Nancy Perry, senior vice president of Government Relations for the ASPCA. “We thank Senators Menendez, Graham, Whitehouse, and Collins for their leadership on this bill, and urge Congress to pass the SAFE Act to finally end this cruel, unnecessary practice and provide protections to American horses and the people who love them.”

“The predatory horse slaughter industry has persisted for far too long in the United States, but we are now closer than ever to shutting down this inhumane operation that exports beloved animals to be killed for human consumption, said Cathy Liss, president of the Animal Welfare Institute. “We are grateful to Senators Menendez, Graham, Whitehouse, and Collins for their leadership on the SAFE Act, and we hope that the Senate will move swiftly to pass this crucial legislation.”

“Just nine years ago, 160,000 American horses were exported abroad for slaughter. Due to awareness of this inhumane and predatory industry, that number has dropped dramatically with just over 35,000 shipped to slaughter in 2020. But one horse is still too many,” said Sara Amundson, president of the Humane Society Legislative Fund. “We are grateful to Senators Menendez, Graham, Whitehouse and Collins for their leadership and commitment to passing this crucial equine protection bill, which will end this grisly industry and protect these American icons from those who profit off their deaths.”

“We applaud Senators Menendez, Graham, Whitehouse and Collins for hearing American’s overwhelming opposition to horse slaughter,” said Neda DeMayo, founder of Return to Freedom Wild Horse Conservation. “It is still too easy for America’s horses, including wild horses that once roamed freely on our public lands, to fall into the slaughter pipeline and be shipped to an inhumane death in foreign slaughterhouses. Horse slaughter is wholly un-American and needs to end now with the swift passage of the bipartisan SAFE Act.”

In recent years, the number of American horses shipped to Canada and Mexico to be slaughtered for human consumption in foreign countries has dropped, making this an opportune time for Congress to close this legal loophole that causes so much suffering. Last year, over 35,000 horses were exported for slaughter, and research published in 2017 found that 2.3 million Americans have the interest and resources to adopt a horse. America’s equine adoption community is working swiftly to match the horses in their care with foster and adoptive families, increasing the number of adoptions every year. This means that every horse who might have been sent to slaughter could have a home waiting, if given the opportunity to find it.

The horse slaughter industry not only exploits horses, who endure grueling journeys to slaughter plants and an inhumane death. It also harms the broader equine community, including horse owners, riders and rescues, who fear that their horses will end up in the slaughter pipeline despite their best efforts to keep them safe. Kill buyers – those who buy horses to ship to slaughter in Canada and Mexico – attend auctions and often outbid rescue groups trying to help vulnerable equines. Kill buyers have also been known to pose as good homes in response to ads from horse owners who can no longer care for their animals. Many owners are so fearful that they may even keep their horses beyond the point they can afford, to prevent their sale to slaughter. Horses have even been stolen out of their stalls or pastures and shipped to slaughter.

Earlier this year, U.S. Reps. Jan Schakowsky, D-Ill., and Vern Buchanan, R-Fla., introduced the SAFE Act (H.R. 3355) in the U.S. House of Representatives. We encourage the public to contact their U.S. senators and representative to urge them to cosponsor the SAFE Act, and secure its swift passage, to protect horses, their caregivers and consumers.

About the ASPCA®
Founded in 1866, the ASPCA® (The American Society for the Prevention of Cruelty to Animals®) was the first animal welfare organization to be established in North America and today serves as the nation’s leading voice for vulnerable and victimized animals. As a 501(c)(3) not-for-profit corporation with more than two million supporters nationwide, the ASPCA is committed to preventing cruelty to dogs, cats, equines, and farm animals throughout the United States. The ASPCA assists animals in need through on-the-ground disaster and cruelty interventions, behavioral rehabilitation, animal placement, legal and legislative advocacy, and the advancement of the sheltering and veterinary community through research, training, and resources. For more information, visit www.ASPCA.org, and follow the ASPCA on Facebook, Twitter, and Instagram.

About AWI
The Animal Welfare Institute (www.awionline.org) is a nonprofit charitable organization founded in 1951 and dedicated to reducing animal suffering caused by people.  AWI engages policymakers, scientists, industry, and the public to achieve better treatment of animals everywhere—in the laboratory, on the farm, in commerce, at home, and in the wild.  Follow us on Facebook, Twitter and Instagram for updates and other important animal protection news.

About the HSUS
Founded in 1954, the Humane Society of the United States fights the big fights to end suffering for all animals. Together with millions of supporters, we take on puppy mills, factory farms, trophy hunts, animal testing and other cruel industries. With our affiliates, we rescue and care for tens of thousands of animals every year through our animal rescue team’s work and other hands-on animal care services. We fight all forms of animal cruelty to achieve the vision behind our name: A humane society. Learn more about our work athumanesociety.org. Subscribe to Kitty Block’s blog, A Humane World. Follow the HSUS Media Relations department on Twitter. Read the award-winning All Animals magazine. Listen to the Humane Voices Podcast.

About HSLF
The Humane Society Legislative Fund is a social welfare organization incorporated under section 501(c)(4) of the Internal Revenue Code and formed in 2004 as a separate lobbying affiliate of The Humane Society of the United States. The HSLF works to pass animal protection laws at the state and federal level, to educate the public about animal protection issues, and to support humane candidates for office. Visit us on all our channels: on the web at hslf.org, on our blog at hslf.org/blog, on Facebook at facebook.com/humanelegislation and on Twitter at twitter.com/HSLegFund.

About RTF
Return to Freedom Wild Horse Conservation (RTF) is a national nonprofit organization dedicated to wild horse preservation through sanctuary, education, conservation and advocacy since 1998. It also operates the American Wild Horse Sanctuary at three California locations, caring for 500 wild horses and burros. Follow us on Facebook, Twitter and Instagram for updates about wild horses and burros on the range and at our sanctuary.