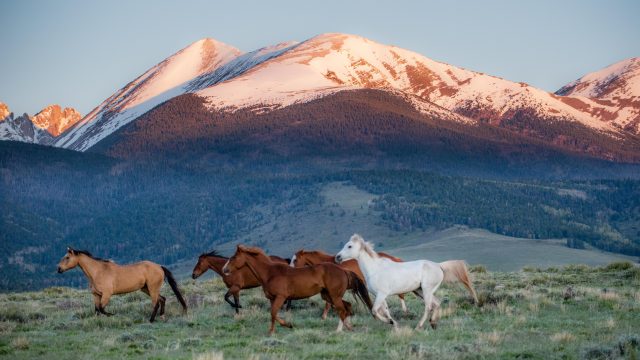 With the help of Colorado Governor Jared Polis, the American Wild Horse Campaign calls for congressional oversight hearing on BLM wild horse roundup program and a moratorium on roundups. 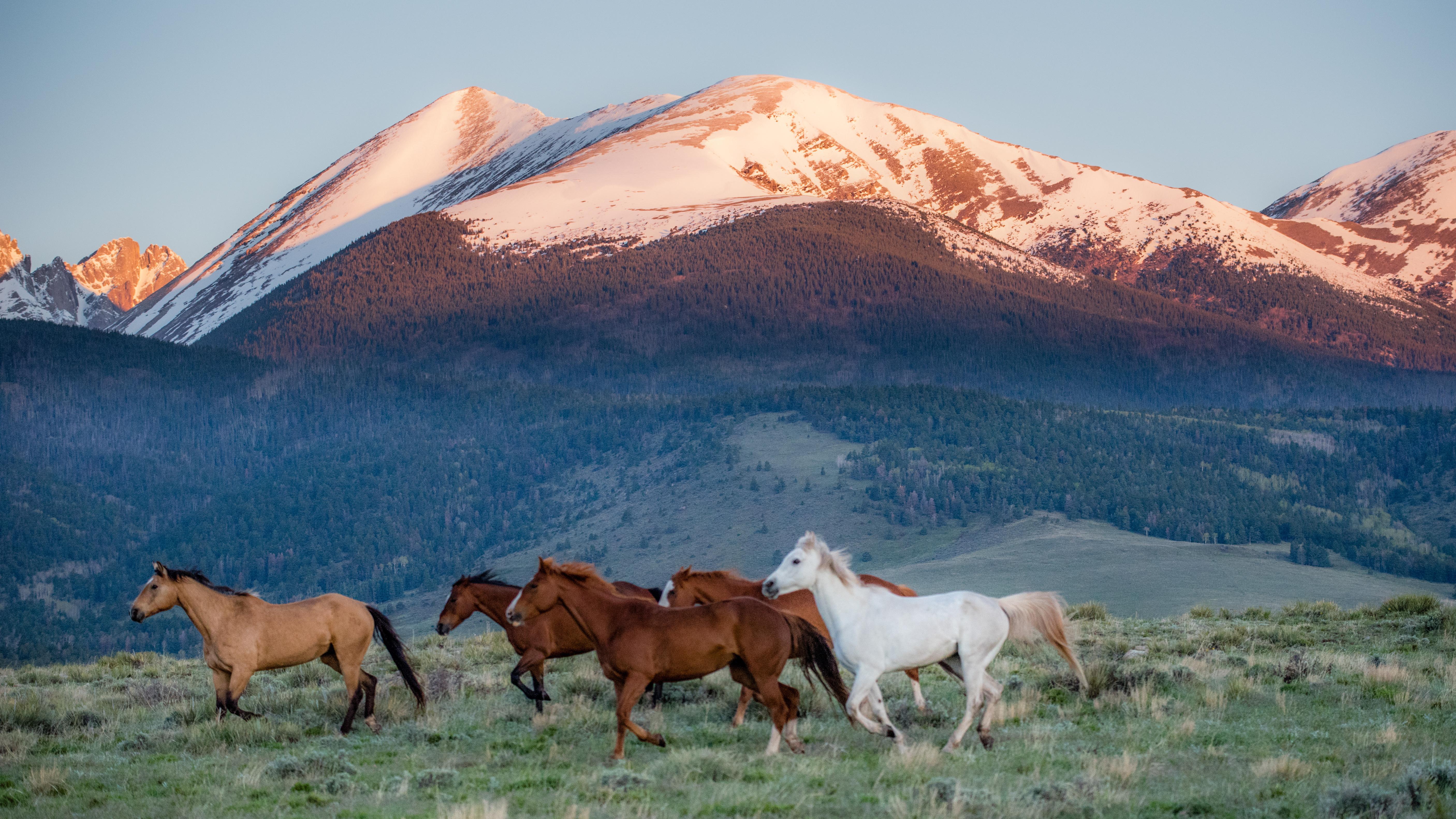 On the heels of the Bureau of Land Management’s (BLM) halted Sand Wash Basin Herd Management Area (HMA) wild horse roundup in northwest Colorado, the American Wild Horse Campaign (AWHC) is calling for a moratorium on helicopter roundups of wild horses amidst mounting evidence of widespread mismanagement, abuse of power, misuse of emergency declarations, and failure to account for livestock degradation of public lands within wild horse and burro Herd Management Areas (HMAs). AWHC is also calling on the U.S. House Natural Resources Committee to conduct an oversight hearing on the BLM’s management of the nation’s federally-protected wild horses and burros and the public lands.

The call comes as the  BLM’s wild horse roundup in the Sand Wash Basin Herd Management Area was halted, with the help of Colorado Governor Jared Polis, after leaving a trail of documented cruelty that includes orphaned foals left alone to die on the range, horses with broken legs and other tragic injuries, horses chased for miles at high speeds and in high temperatures to pure exhaustion, then slammed into overcrowded trap pens.

“The atrocities leveled against wild horses  in the Sand Wash Basin roundup were the latest in aggressive and abusive roundups unfolding in the West, most being conducted under the guise of emergency declarations that allow the BLM to short-circuit requirements for environmental analysis, public comment, and appeal,” said Suzanne Roy, Executive Director of AWHC

Thanks to Governor Polis’ intervention, an additional 150 wild horses will remain free in the Sand Wash Basin HMA. AWHC credited the multi-stakeholder effort that achieved this outcome and included daily pressure from wild horse advocates nationally and in Colorado, including The Cloud Foundation; opposition from the environmental science community, led by the Sierra Club and Western Watersheds; and political pressure from Congressman Joe Neguse in addition to the Governor and First Gentleman Marlon Reis. AWHC called special attention to the unsung heroes at the Sand Wash Advocate Team, who were onsite daily at the roundup and had the unenviable task of separating wild horses they have protected for years into the few who would return to freedom and the many who would be held captive for life. 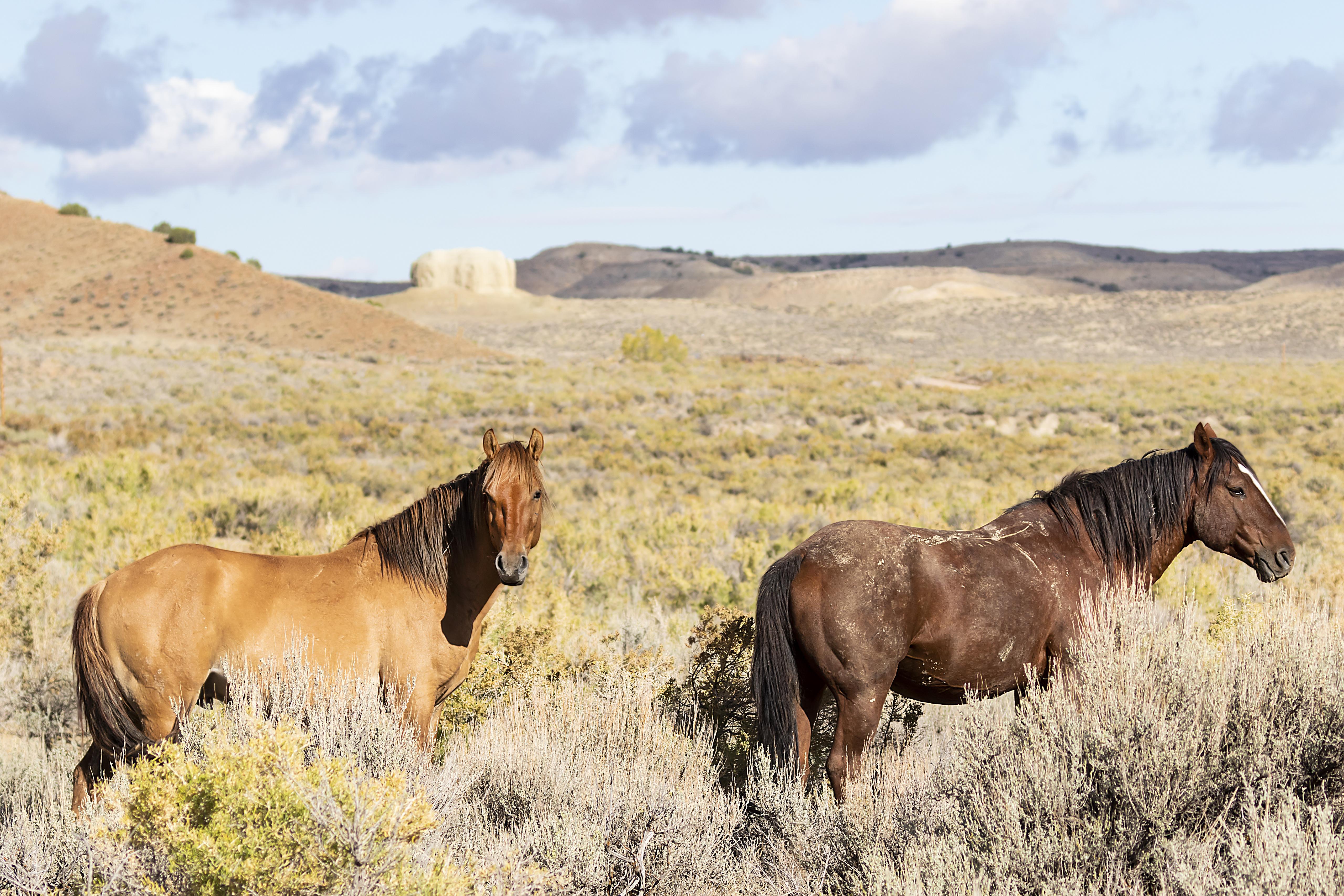 Between July 1 and Sept. 30, the BLM will have conducted nine emergency roundups in the West to remove 6,350 wild horses from public lands. The total number of horses and burros removed from public lands by the BLM in Fiscal Year 2021 is expected to reach 12,000. The roundups are part of an unprecedented accelerated and aggressive Trump era plan being implemented by the Biden Administration.

“Oversight from Congress is needed immediately to rein in this out-of-control federal program that’s costing taxpayers more than $100 million annually,” continued Roy.  “And it’s costing thousands of these magnificent wild horses, our national icons, their freedom, their families and often, their lives. ”

The decision to convene an oversight hearing is in the hands of Arizona Congressman Raul Grijalva, Chair of the House Natural Resources Committee, and the Committee’s Subcommittee on Public Lands, chaired by Colorado Congressman Joe Neguse.

AWHC has prepared an official complaint with the BLM seeking investigation of violations of the BLM’s Comprehensive Animal Welfare Program policies at the Sand Wash Basin roundup, including:

AWHC urges the congressional oversight committee to hold a hearing to address the following issues:

Mismanagement of wildlife, including wild horses, on public lands

About AWHC
The American Wild Horse Campaign (AWHC) is the nation’s leading wild horse protection organization, with more than 700,000 supporters and followers nationwide. AWHC is dedicated to preserving the American wild horse and burros in viable, free-roaming herds for generations to come, as part of our national heritage. In addition to advocating for the protection and preservation of America’s wild herds, AWHC implements the largest wild horse fertility control program in the world through a partnership with the State of Nevada for wild horses that live in the Virginia Range near Reno.