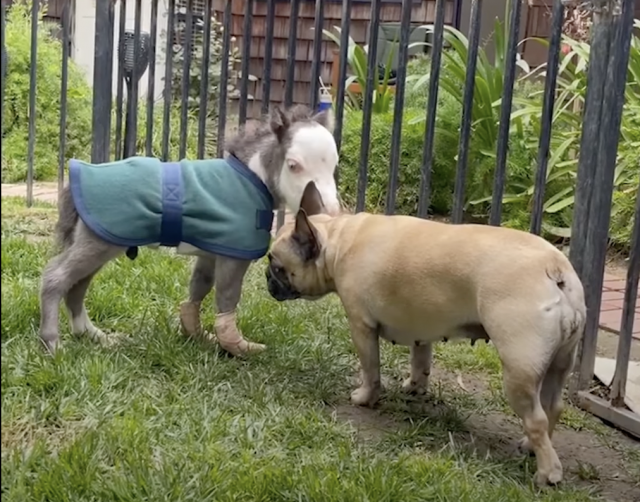 Meet Pea, the smallest horse in the world.

Okay, so we can’t actually verify that Pea is the smallest horse in the world without, like, checking with the Guinness Book of World Records or something, but Facebook says he is, so we’ll go with it.

Pea is a dwarf and he’s only 16.5″ high. Initially, he wasn’t given much of a chance to live. His jaw was offset, his legs were crooked and his feet were malformed, but he’s been given a second chance. And now he’s thriving! With specially formed shoes and all he can eat, Pea thinks he’s a dog and lives alongside his herd of French Bulldogs and people. And he seems to be loving life!