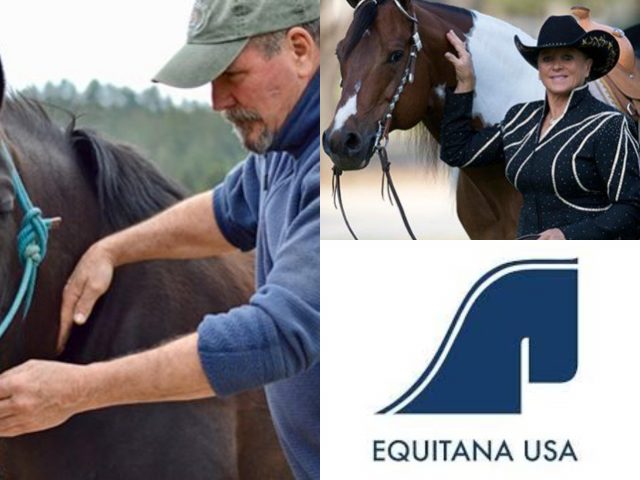 The 2021 iteration of EQUITANA USA is fast approaching at Kentucky Horse Park. The Oct. 1 – 3 event has something for everyone, and riders of all disciplines will be pleased to know that Lynn Palm and Jim Masterson are among this year’s featured clinicians. 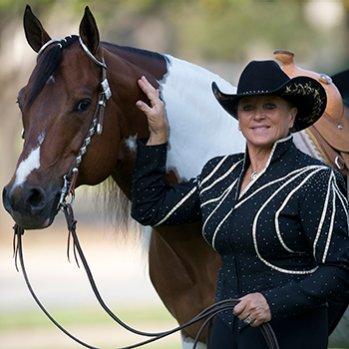 The 2021 iteration of Equitana USA is fast approaching, taking place Oct. 1-3 at the Kentucky Horse Park. It’s got something for everyone, and horsemen (and women) of all disciplines will be pleased to know that Lynn Palm will be offering a number of clinics throughout the weekend.

For 50 years Lynn Palm has championed the partnership of horse and rider. She is an international clinician who travels extensively from Fox Grove Farm in Ocala, FL, where she and her husband, Cyril Pittion-Rossillon, teach the fundamentals of their Palm Equestrian Academy.

Ms. Palm was a special guest performer at the 1996 Olympics and was named 2000 AQHA Female Equestrian of the Year by the Women’s Sports Foundation. In 2003 she was the recipient of Equine Affaire’s Exceptional Equestrian Educator Award, and she was titled Horsewoman of the year in 2007 by the American Quarter Horse Association. In 2010, she presented at the World Equestrian Games as a clinician and entertainer and did the same at the 2017 FEI World Cup Finals in Omaha.

This year, Ms. Palm will present four sessions in total, two on Friday, one on Saturday and one on Sunday.

Since Equitana is geared to equestrians with a broad spectrum of interests, a clinics of all varieties will be available. Not to be missed are the clinics led by renowned bodyworker Jim Masterson. 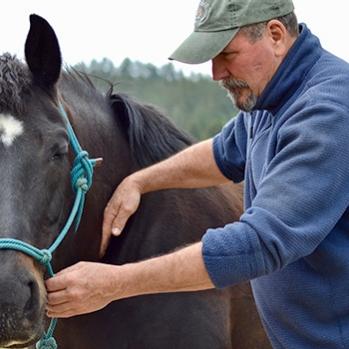 Jim Masterson teaches a unique method of equine body work in which the horse participates in the process by showing the practitioner where tension has accumulated and when it has been released.

The result is an effective method anyone can learn which will improve performance as well as open new levels of communication and trust with the horse. Jim has been the Equine Bodywork Therapist for the 2006, 2008, 2010, 2012 and 2014 USEF Endurance Teams, and has worked on thousands of horses competing on the AA Hunter-Jumper level in the United States, and in FEI Nations Cup and Pan American equestrian competitions. He now teaches his methods to horse owners and therapists around the world. He is the author of several books, stars in his own educational DVDs, and certifies hundreds of students in The Masterson Method® per year. More can be learned about Jim and his work at www.mastersonmethod.com.

The Equitana USA exhibition and trade show features all breeds and classifications of the horse and is the first in-person, North American iteration of the world’s largest equine trade show in over a decade. The programming is wide-ranging and jam-packed; other industry notables on the lineup include Nic Roldan, top U.S. polo player; Grand Prix dressage rider and trainer Micah Deligdish and 2016 Dressage Olympic Bronze medalist Laura Graves; coach and educator Colton Woods; natural horsemanship trainer Pat Parelli; and of course Horse Nation’s own Lindsay Partridge …  and many, many more!

The list of celebrities appearing or presenting at EQUITANA USA includes former Kentucky First Lady Jane Beshear, an active rider and horse enthusiast who is serving as the official spokesperson for the event. Queer Eye for the Straight Guy alum Carson Kresley, an American Saddlebred owner and exhibitor, is also scheduled to appear.

Panels and roundtable topics include sessions on improving accessibility to equine activities for minority populations, connecting self-care with horse care, horsemanship, sustainability, and the social responsibility of industry influencers, among others. Special events for 2021 feature a masterclass from the Retired Racehorse Project, a jump chute exhibition from Spy Coast Farm, and the Horseless Horse Show presented by USHJA. Family fun will be had with kid-specific content like horse painting with Breyer, a bouncy horse bash presented by the EQUUS Foundation and a meet the horses and ownership seminar with Rising Starr Rescue.

The day events are also followed each evening with the premier equine theatrical production EQUUS Evolution in the Alltech Arena.

Click here to view the full schedule of events, sessions, panels and activities. Tickets are now on sale,  you can also find tickets for the event, along with those for EQUUS Evolution.

Tickets for the full EQUITANA USA show are $27 (ages 13+), $10 (ages 6-12), and free for children five and under and include on-site parking, free United States Equestrian Federation fan membership and admission into the Kentucky Horse Park, which includes access to the International Museum of the Horse, American Saddlebred Museum and Hall of Champions. EQUUS Evolution evening event tickets start at $30 for value seating.  For more information about EQUITANA USA, visit www.equitanausa.com or www.kyhorsepark.com.