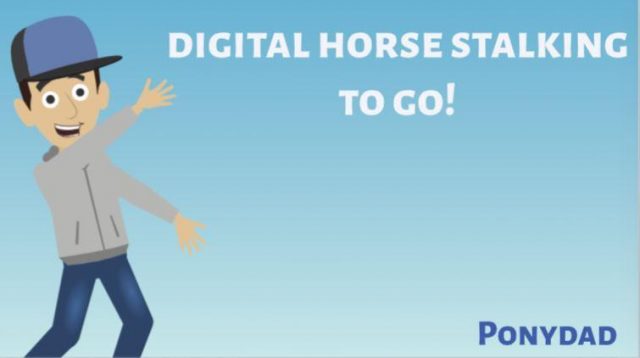 What good is a smartphone if you can’t use it to stalk — er, keep track of your nano-rider and her friends throughout their competitions? 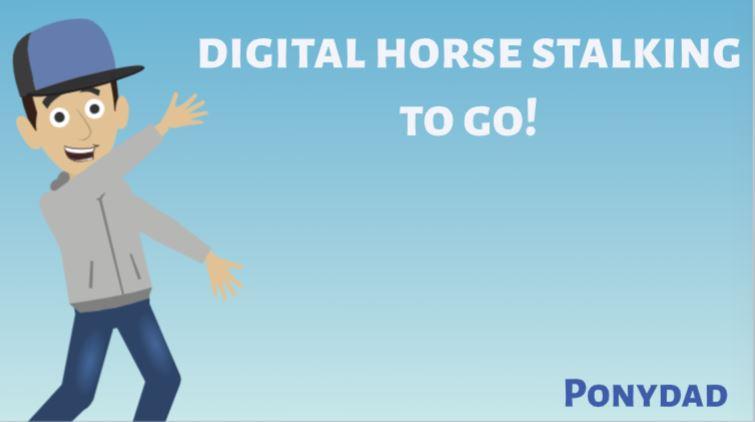 As a Danish ponydad, I’ve gotten to know two smart apps. The two apps are called “DRF Dressage” and “Equipe.”

Not only can the two apps make even the slowest ponydad appear as though he knows what’s going on around him, but also in Denmark it’s as good as impossible to start dressage competitions without the apps.

“DRF Dressage” is the Official Dressage App of the Danish Equestrian Federation, and together with “Equipe” it is my best friend when I am out airing my nano-rider, ponymom and pony at various competitions.

I’ve always had a hard time remembering the different dressage programs my daughter rides, although I’m pretty sure she only rides one at a time. With the “DRF Dressage” app, my life as ponydad has become much easier. Instead of having all 200 or so — what do I know? — dressage exercises written down in Notes on my phone, I can see each exercise (and the next one in line) by simply pressing a button. This part is good for learning new programs.

In addition to the competition programs, you will also find an overview of court sketches and judge criticism templates. Translated into ponydad lingo, this helps you understand the points schedules that the judges use to assess your nano-rider and pony.

It is in “DRF Go!” that Ponymom, daughter and I find and register for equestrian events.

Adrenaline: With the Equipe app, you can pretty much follow the judge’s ratings for each exercise in real-time. Unfortunately, this cool real-time feature is only used for big competitions like the World Cup etc., which I kind of toe-curlingly only found out last Saturday.

If you knew how many times I’ve been standing in a stable somewhere in Denmark with fingers, arms, toes and legs crossed while I followed our friends’ nano-riders´ results ticking in on my phone in what I thought was real-time. And now I find out that it only was the secretary’s entry of the results that I have followed and that the actual ride was over a long time ago. Think of all the good luck and energy I’ve sent straight into the atmosphere to no avail.

In addition to the fact that it is in Equipe that the results are shown, this is also where you can turn on notifications for the rider or riders you follow. That way you don’t have to remember when all the stablemates are going to competitions, which, now that I think about it, also sounds like an impossible task for a ponydad. Equipe does all that for you. With a few clicks, you can get start-lists and results for each ride and entire classes directly to your phone. It’s never been easier to stalk someone you care about.

I’m thinking that you can find similar digital solutions in your country, and I strongly recommend that you give them a try.