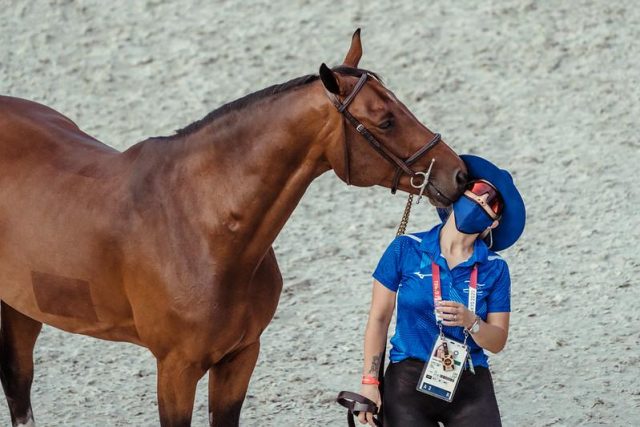 There’s just one more set of medals to be doled out to equestrians in Tokyo: Team Jumping, which includes a Friday qualifier and a Saturday final with the best 10 teams. See who’s out and who’s in. 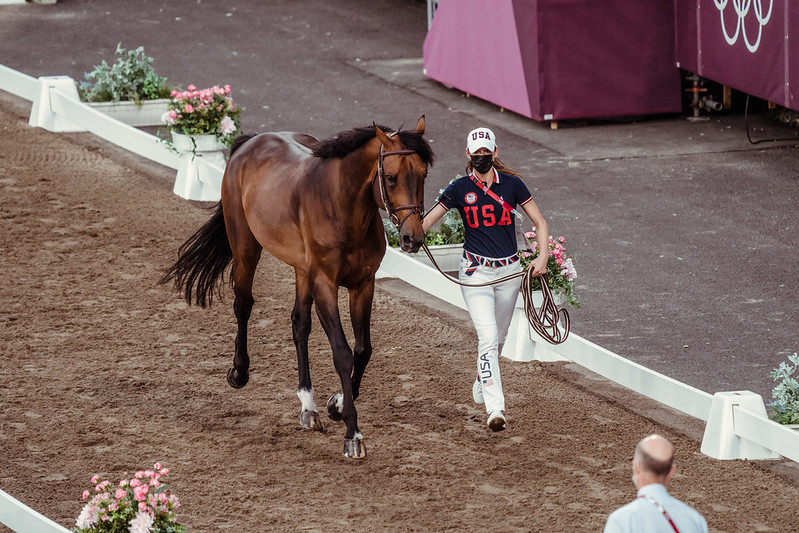 Following last night’s thrilling Individual Jumping Final in which Great Britain’s Ben Maher and Explosion W claimed gold, all of the horses presented at this evening’s second Jumping Horse Inspection were accepted, and the stage is now set for the Team competition to begin tomorrow night.

Further changes may be made up to two hours before the competition begins, but to date the confirmed pre-competition changes are as follows:

A total of 19 teams will compete in the first Team competition and the order of go is as follows:

The competition will begin at 19.00 local time and the best 10 teams will qualify for Saturday evening’s Jumping Team Final. 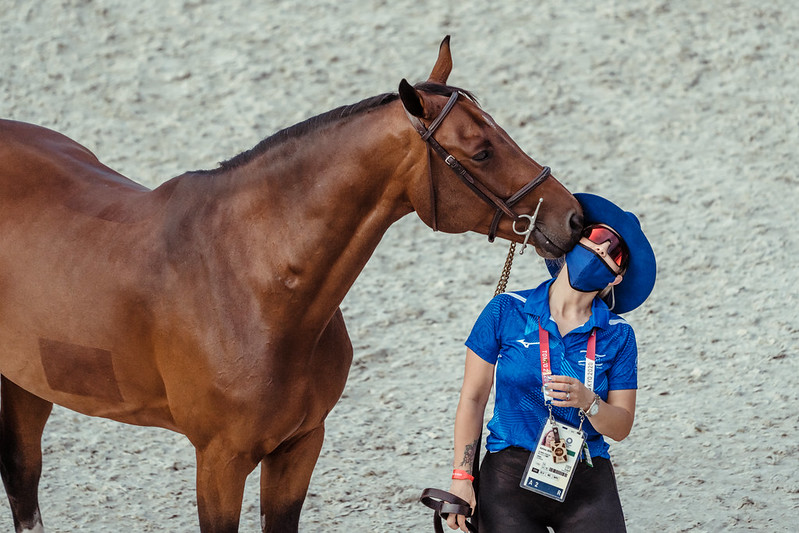 Clearly the images of Cian O’Connor’s horse Kilkenny are distressing to see, but the gelding was immediately checked by veterinarians straight after last night’s Jumping Individual Final at the Olympic Games Tokyo 2020. The vets established that this was a nosebleed (epistaxis) and, as a precaution, the horse was sent to the onsite Veterinary Clinic for further examination.

The horse was treated and returned to its own stable last night. Following consultation with the onsite veterinary treatment team, the Irish team veterinarian, the athlete and chef d’equipe, it was agreed that the horse would not be presented at today’s horse inspection and will therefore take no further part in the Games.

In addition to ongoing monitoring by the Irish team veterinarian, one of the onsite Veterinary Clinic Team Leaders re-examined the horse this morning and reported that the horse had improved considerably overnight.

Under the FEI Jumping Rules, blood on the flanks or in the horse’s mouth results in elimination, however, equine epistaxis is not a cause for elimination. As a result, Cian O’Connor and the nine-year-old Irish-bred gelding were ranked seventh in the Jumping Individual Final after completing the course clear of jumping penalties and with just a single time fault.