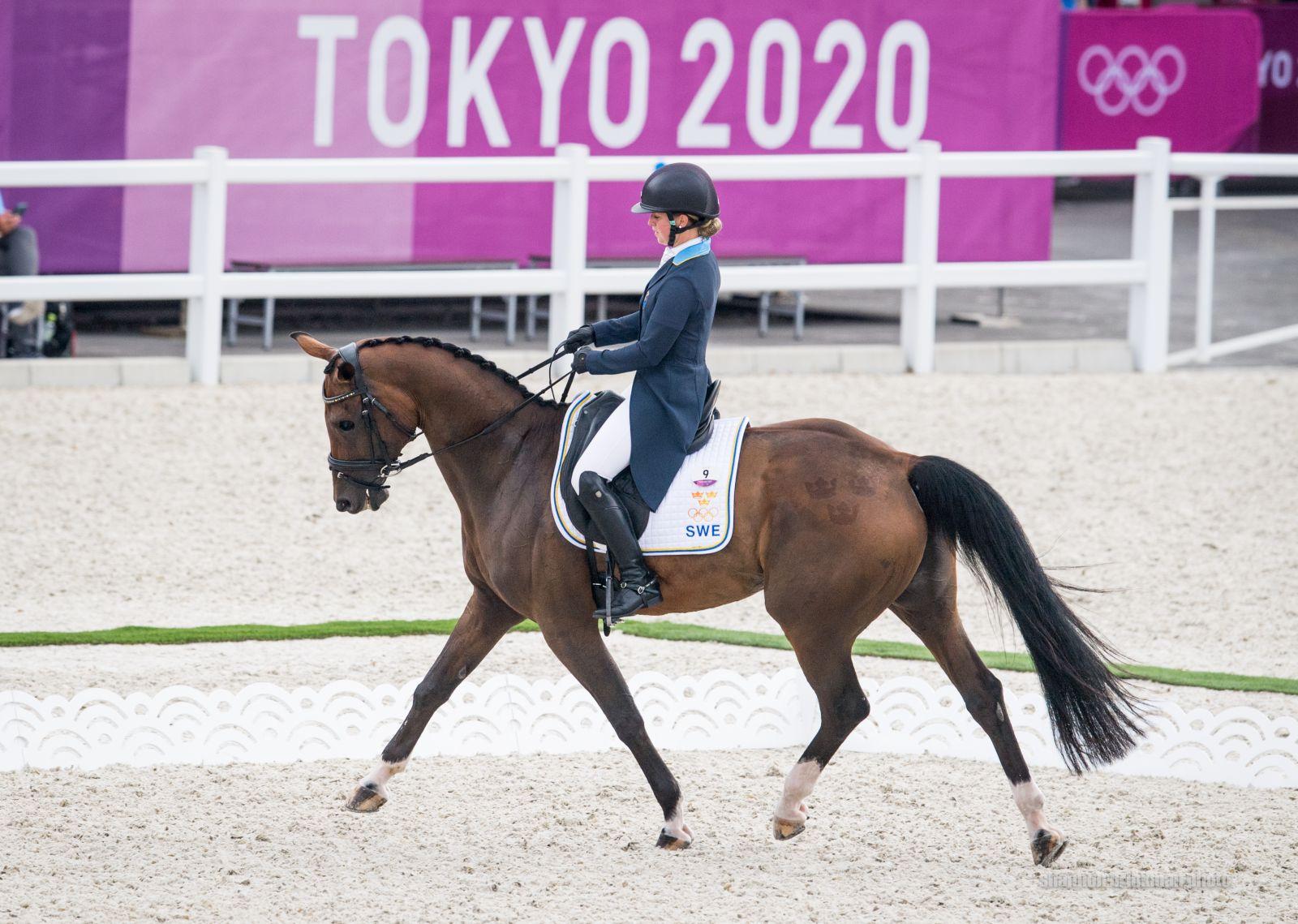 July 30, 2021DeAnn SloanSally Spickard#OLYMPICS, Tokyo OlympicsComments Off on Meet the One-Eyed Horse Competing in the Olympics

If you watched the Tokyo dressage today, you may have glimpsed a horse who has just one eye. We got to know Swedish rider Therese Viklund and her super-mare, Viscera. 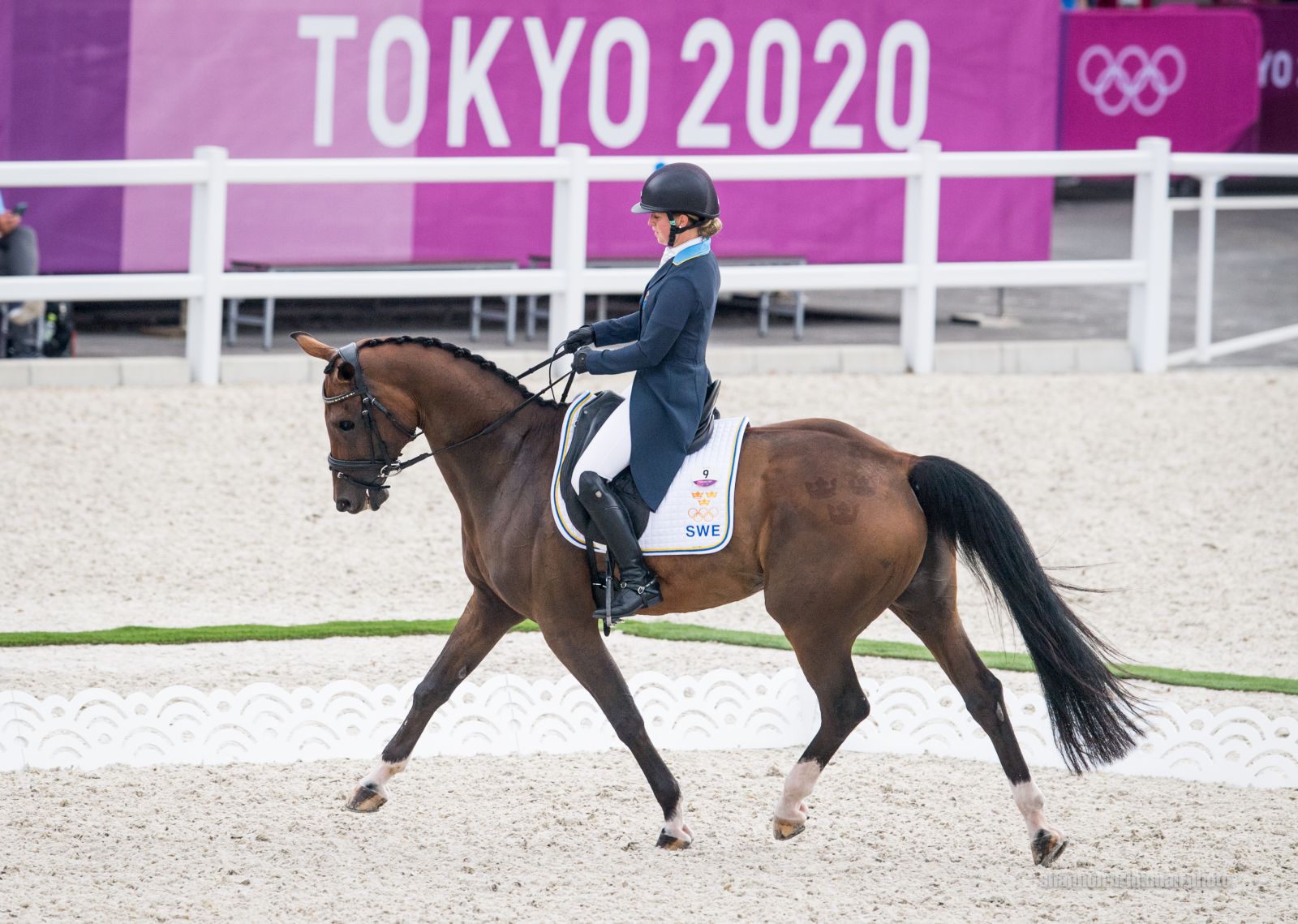 It was a bout of uveitis (inflammation of the eye’s uveal tract that can often result in blindness) that would eventually cost Viscera (Fidertanz 2 – Wilhelmientje, by Wolkentanz), a 13-year-old Hanoverian mare piloted for Sweden by Therese Viklund, her left eye – but you’d hardly know it watching this combination navigate at the top levels of the sport. Now, Therese and “Vischy” come forward for their first championship at the Olympic Games here in Tokyo – and they’ve put themselves in a good spot as the first out for their team, earning a 28.1 in the dressage to kick off their weekend.

“She got uveitis, about five years ago,” Therese explained. “For two years we were treating it and we were competing, but it was hard with the medications and then at the end she was in so much pain, so we didn’t have a choice. So three years ago we removed it and I was pretty sure that she wasn’t going to do any top eventing anymore, but she did one two-star after one and a half months, and two months after she was doing.”

There have been a few horses who’ve lost an eye or vision for one reason or another (uveitis seems to be a common culprit) – Frankie Thieriot Stutes’ Fric Frac Berence, who lost vision in his right eye, comes to mind as one notable example. It’s no less extraordinary, though, to see these athletes continue to compete despite what many would term a handicap. It certainly hasn’t deterred Viscera, who “is so tough and believes so much in herself, I think, that she just can do anything,” Therese describes.

Therese says she was quite nervous for her first competitions back after the surgery, describing a big drop at Boekelo that some had warned her might be tough for a one-eyed horse’s depth perception. “But she just popped down like nothing and there haven’t been any problems at all,” Therese says. “She’s mentally always been really secure in herself and it must have been helping her.” 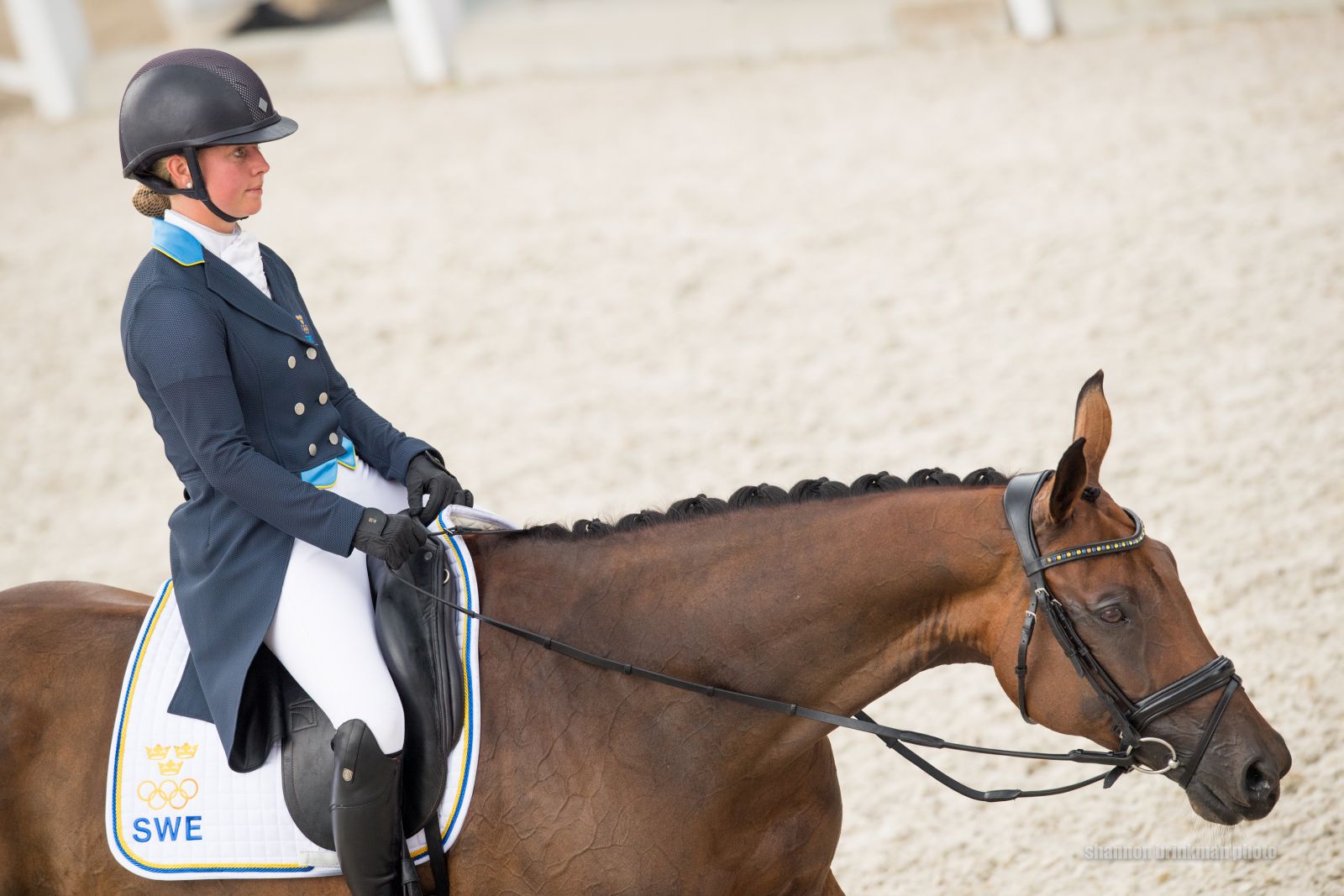 Originally bred for dressage but proving oddly difficult to sell, Viscera’s breeder, Lena Nyström, sent the mare to Therese to start her in eventing as a six year old. Now, the pair is representing their country at the Olympics in true coming of age, inspirational fashion.