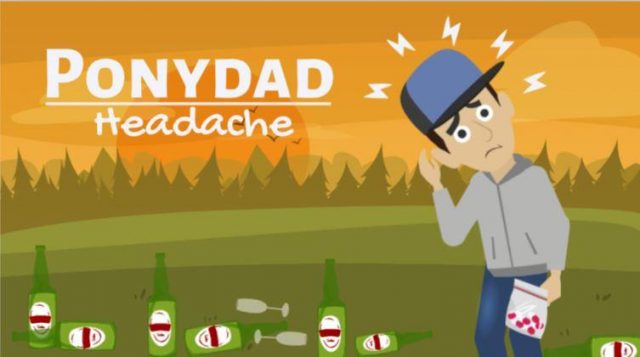 Ponydad Thomas Pelle Veng discovers the joys of doing barn work after a long night. Laugh along with us as he laughs at himself. 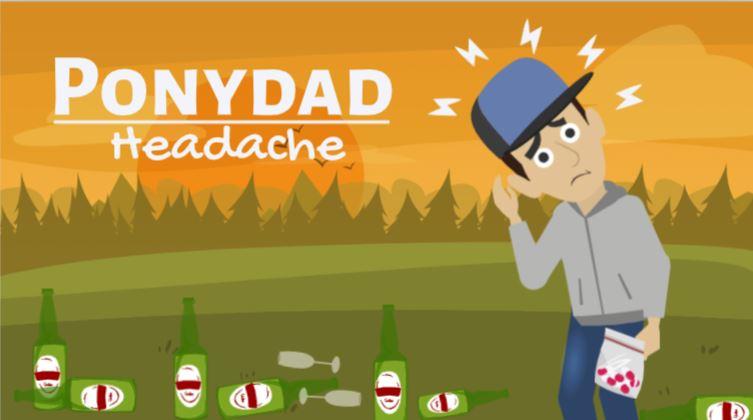 The time was 8 am and I had terrible headache and breath like a horse. Somehow during yesterday’s party, the first social get together in 18 months, I had forgotten to stop while I was ahead. Honestly, it did not seem like the day could get much worse. How wrong I was.

“Honey, we have to be in the barn in 20 minutes. If you are going to have some food before we go this, is it.” I remember thinking that the last thing I needed was something to eat, because unlike horses, Ponydads can throw up. Thirty minutes later we were in the barn. Usually, the fresh air helps killing the mojito migraine, and it did … until I started to muck. After I had set the crosshairs on the wheelbarrow and quietly started hitting it, it was time for a coffee break.

Back in the box with my cap pulled as far down as possible, I resumed work. After a few minutes and three filled dung grips, two of which hit the incredibly small wheelbarrow, I got the feeling that someone was watching me. I shook my head (ouch!) and started to muck on.

After another ride to the dung, I sensed it again, and this time I had no doubt. Someone was watching me. I quickly turned around (ouch!) and saw two ponies smiling at me. I know that when a horse smiles, it is to better smell things, but this morning I was pretty sure they were laughing at me… although I probably did not smell too good, either.

After the third and final ride on the dung under the sharp supervision of the two NSA-ponies, I was finally done. I leaned against the wall for a well-deserved rest, and an ouch. “What the heck you … stupid horse-thingy?” I yelled at the pony in the neighboring box … Once again, ouch! But it just stared at me and kept on chewing away… on my new cap.

Here I am, back on the couch with two aspirins and a big glass of Coke in the system. What a day.

I am convinced it was a male pony that bit me, because it hurt like a… hmmm something that really hurts. Hey, hey, calm down woman! Do not shake your head at me and try to enlighten me about women’s rights and the right to gallop without a bra if you want to. I do not discriminate. Theoretically (with a big T), it hurts more to be bitten by a male pony than by a female horse — that is just the way it is. Why, you might ask, while trying not to kick me. I will tell you. Male ponies have several more teeth than mares. Thank you, I know. Is there really nothing this amazing Ponydad does not know