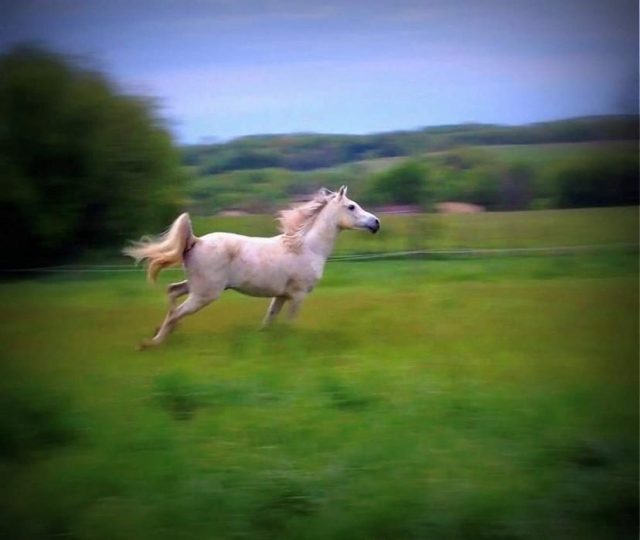 “Chance really exhibited how even though someone or something can have a rough beginning to life, with the right resources, they can become successful and lead a fulfilling life.”

Whether it be planned or sudden, losing a beloved horse is never easy. This article is a difficult one to write, an article that will bring many tears, but Chance was an extremely special horse that deserves an article dedicated to him. 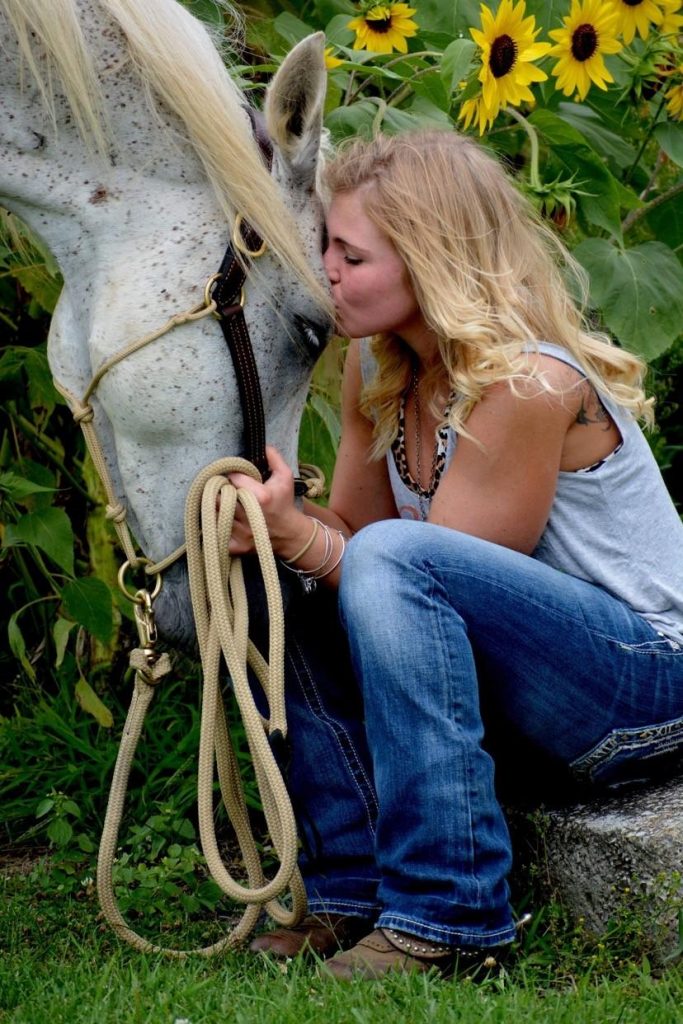 Chance is not a part of the Triple Trouble series, but he’s definitely a founding member — an OG if you will. He caused more trouble, was always up to no good and provided me with many moments where I was unsure if horses and riding were for me.

This quirky gelding was rescued, along with 42 others, from an Arabian farm in West Virginia. From the stories I’ve heard, he was scared, feral and difficult to handle. He passed hands a few times before he made it to Jen Ely. 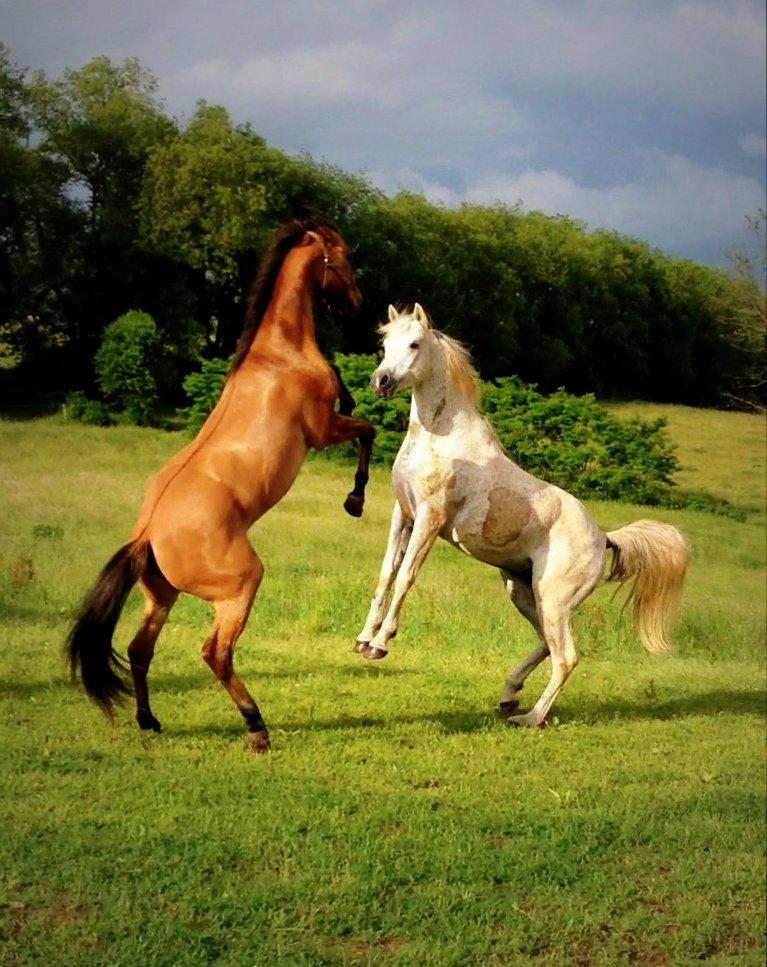 Jen had him up for sale because, at that particular time, they were not a good fit. He was still rambunctious and unpredictable. I didn’t know Jen or any of Chance’s history. I just happened to stumble across his sale ad. I contacted her to try him out as a potential hubby horse for my then-boyfriend.

When I arrived, Jen and the barn owner placed emphasis on signing a waiver and wearing a helmet. If I’m being completely honest, it made me a bit nervous. Chance crow-hopped a few times during the trial ride and at that point I decided he was NOT a good fit for my boyfriend.

The guy I was dating had different plans. As soon as I dismounted, he walked over and said, “This is the one! I like him!” All I said was, “No,” but I was thinking, “HELLLLLLL NO! It’ll end up that you’ll ride one of my good horses and I’ll be stuck on this wild thing” (that was exactly what happened for a while). After several minutes of persisting, I reluctantly made an offer, bought Chance for less than a thousand dollars, loaded him on the trailer and took him home.

When I say Chance founded Triple Trouble, I wish I was kidding. Chance threw me off, sent me on searches and made me question my interest in horses more than any other equine I’ve owned. Worth mentioning is that Chance almost never threw me off close to the barn. I’d get rides back to the barn from farmers, hunters and even complete strangers. Yes, this horse gave me the opportunity to check hitch hiking off of my bucket list — even though it wasn’t on there to begin with.

One time, Chance ditched my ex and I found him (Chance, not the ex) puzzled at a Y in the road because he didn’t know which way was home, so he just stopped there and waited. Almost anyone who has ever swung a leg over Chance in his early years has a grand story to tell about how they ended up on the ground, looking up at the sky.

Then something miraculous happened. One HOT summer day, after several hours of cantering trails, we just clicked. And from that point on he became one of the best horses I had ever owned. He was kind and willing, happy to work, not spooky and really showed his rider that he cared. Under all his uncertainty, Chance had a heart of gold, and he went on to share his heart with many who needed it. 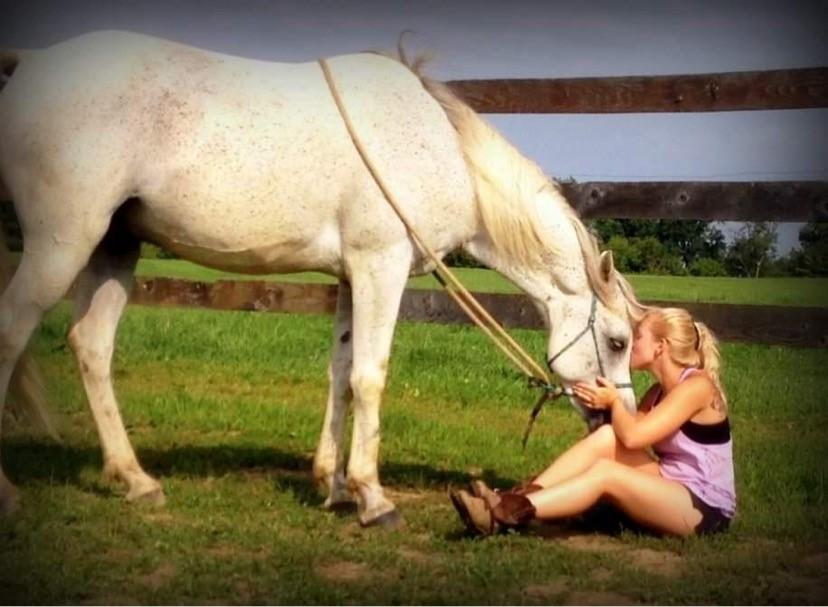 After a few years of being successful, along with a few injuries and illnesses, I decided to lease Chance to Jen. She became one of my good friends, always loved Chance and she was going to ride him more than I could at that time. Approximately seven or eight months later I received a call that Chance was down in the field. Chance had fractured his pelvis. The veterinarian had a poor prognosis saying that Chance would never be able to be ridden again or even get on a trailer.

One of the options on the table was to put him down. Jen decided it wasn’t his time yet and paid the outstanding vet bills and rehabilitation fees. It was apparent to me how much she cared for him and I decided to give Chance to her. As a pasture pet he would still be able to aid in their therapy program with In Stable Hands. Might I just add, he was not a pasture pet. He healed and was sound for riding again. 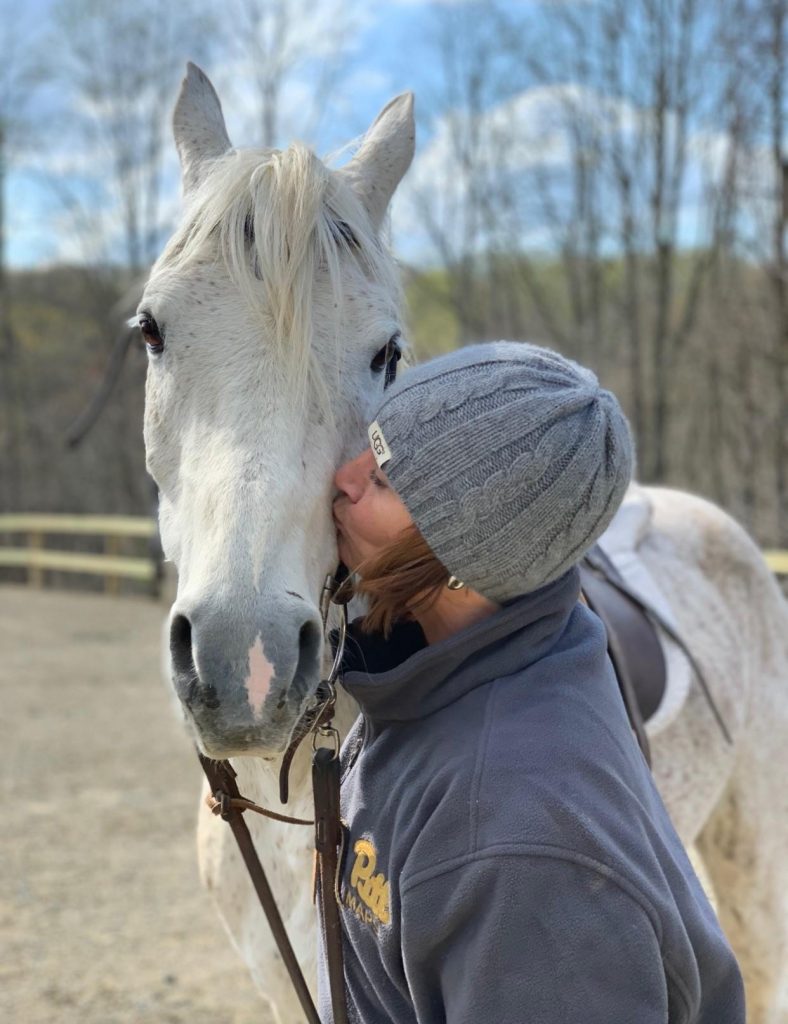 When my horses got injured or were otherwise unable to be ridden, Jen always offered up Chance. She continued sharing him with me whenever I needed him. We would often laugh about him having two moms, who coinidentally share the same birthday. We also chuckled about how he had nine lives. 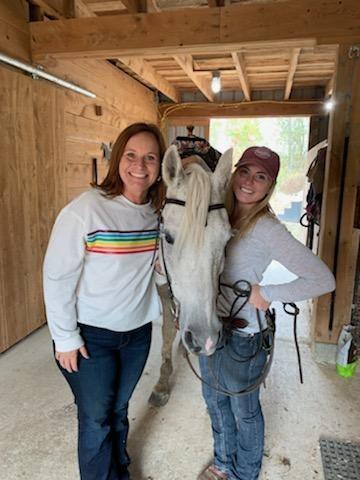 Sadly, Chance faced his ninth life on June 14, 2021. I received a call that Chance was laying in the field and they couldn’t get him up. Finally, Jen was able to get him up and walk him to his stall. The veterinarian came and gave the worst news possible. He had broken his femur and most likely all the swelling was from blood due to a puncture in the femoral artery. There was nothing that could be done for recovery. 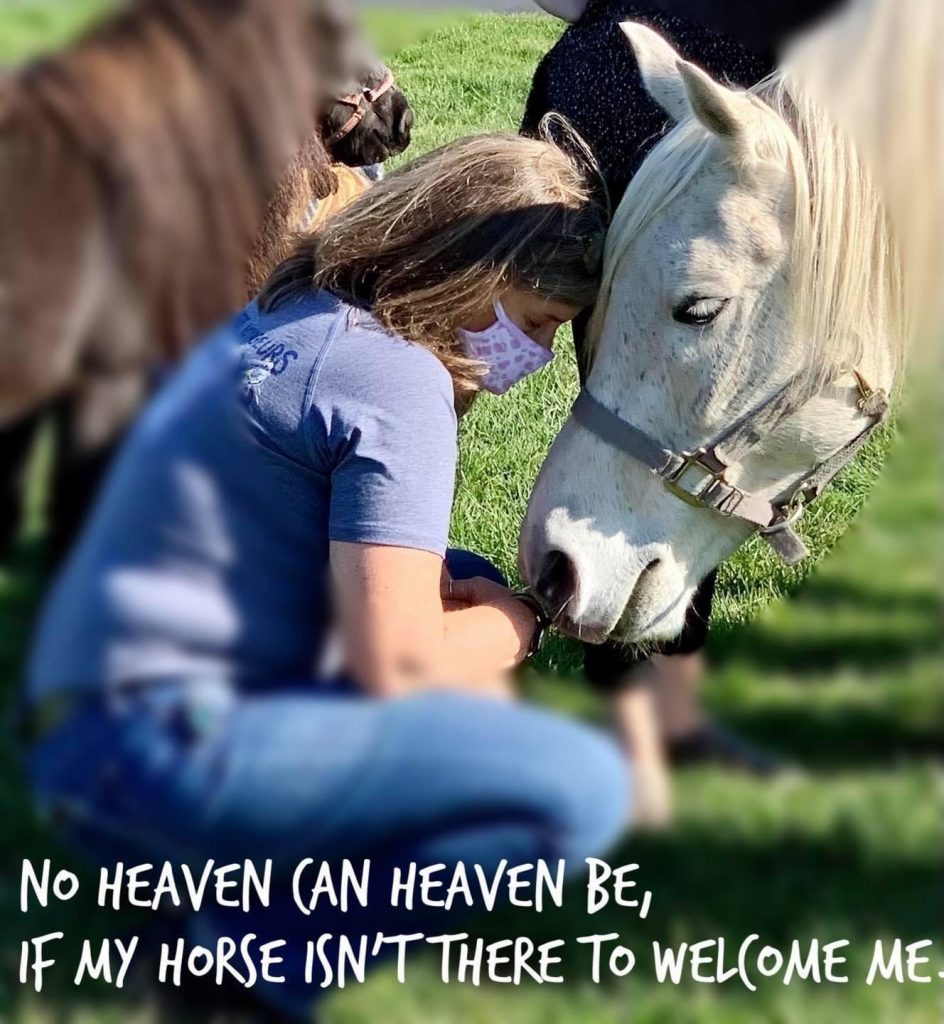 Heartbreaking doesn’t feel like a strong enough word for the pain we experienced that day. We lost a horse that ended up giving us back so much more than what we provided him. He was a staple in In Stable Hands therapy programs. He created bonds and provided relief to so many children and adults. He taught anyone who had an experience with him something about horses. 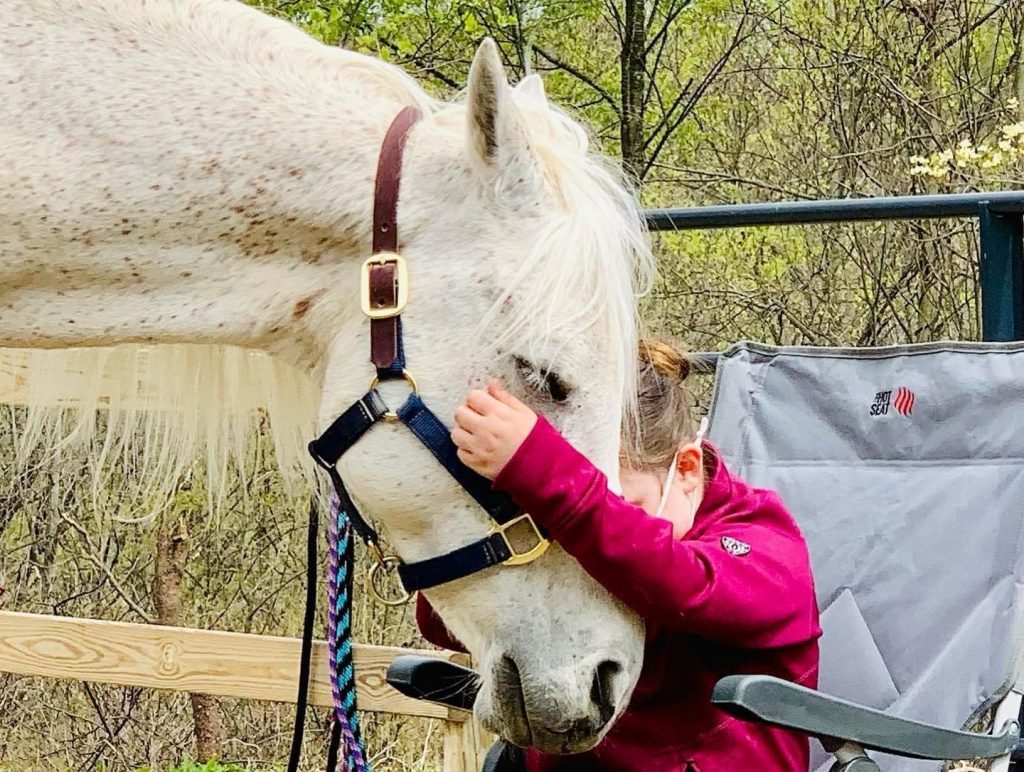 Chance really exhibited how even though someone or something can have a rough beginning to life, with the right resources, they can become successful and lead a fulfilling life. 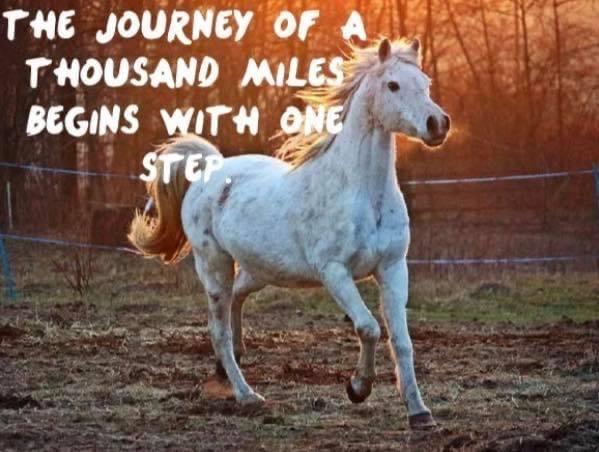 Jen, along with In Stable Hands, have decided to set up a memorial fund in Chance’s memory. The scholarship fund is called, “Everyone Deserves a Chance.” This fund will provide equine therapy programming to low-income, high-risk youth.

If you’d like to donate, you can do so by clicking here.

This once feral horse showed what love and dedication can accomplish, and In Stable Hands hopes to continue providing that to our community’s youth in Chance’s name. Chance has earned his angel wings, but we will still miss him like crazy here on Earth. Until we meet again, my dear friend.