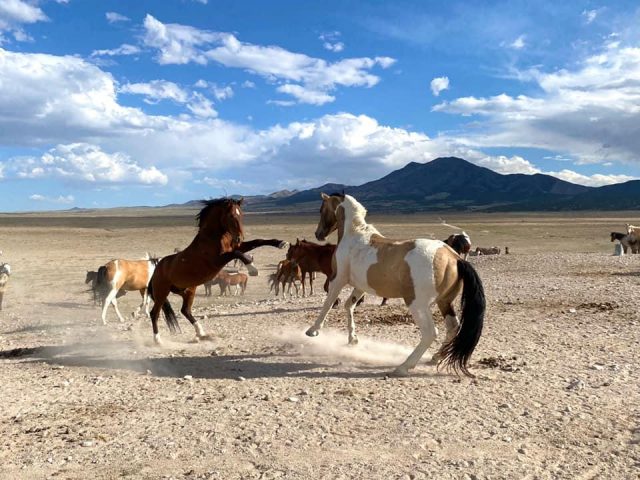 Historic victory in congressional fight to ban transport of horses for slaughter brings hope to end the exploitation of iconic American equines. 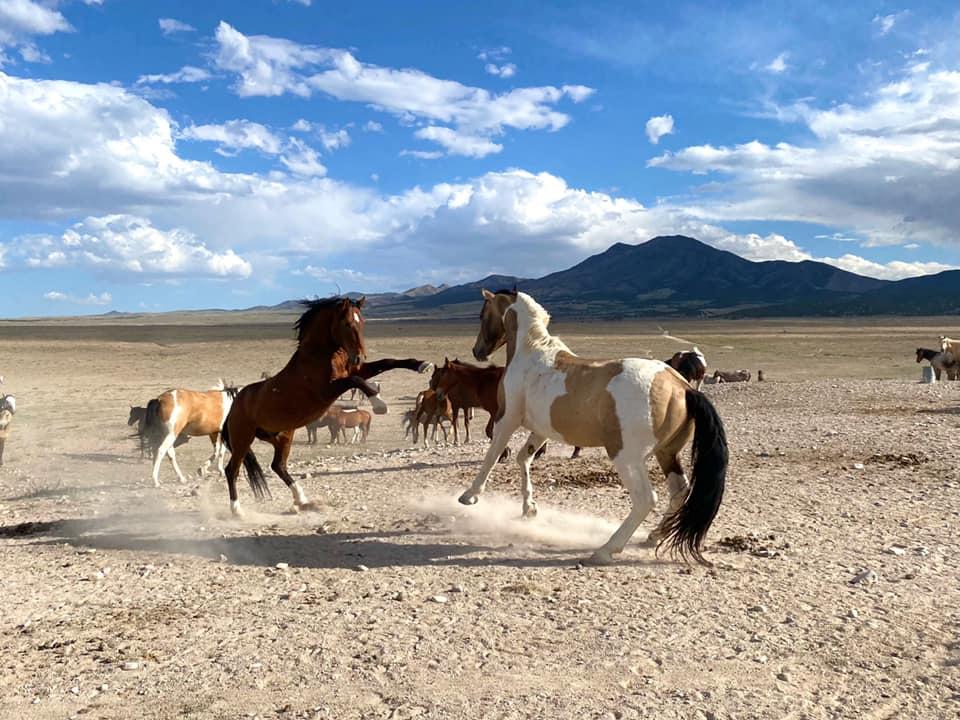 A few weeks ago, I shared the news of an Animal Wellness Action-conceived amendment to H.R. 3684, the Investing in a New Vision for the Environment and Surface Transportation in America (INVEST) Act, led by U.S. Reps. Troy Carter, D-La., Brian Fitzpatrick, R-Pa., John Katko, R-N.Y., Dina Titus, D-Nev., and Steve Cohen, D-Tenn. It is something that’s been on my mind for the past seven years, and we’ve been waiting quietly until the timing was ripe to take action.

Back in 2014, I worked in the U.S. House of Representatives for Congressman Ed Whitfield, R-Ky., a tireless lifelong champion of horse protection issues who shepherded to passage the American Horse Slaughter Prevention Act in the U.S. House seven years earlier – the first time the issue got a vote. While working for Whitfield, we often discussed and attempted horse protection amendments from time to time and had the thought to craft an amendment that would ban horse slaughter on U.S. soil, and the transportation of horses for that purpose in hopes that it could hitch a ride on legislation moving through the House. But after much discussion with the House Rules Committee and the Parliamentarian, our efforts weren’t considered germane to the 2014-era legislation and the deadline to make alterations had passed. The Parliamentarian conveyed to me that it was her opinion if we’d simply tried to ban the transport of slaughter bound horses and not slaughter itself, we would have had a shot. I filed that knowledge away and kept the idea she suggested on the back burner. 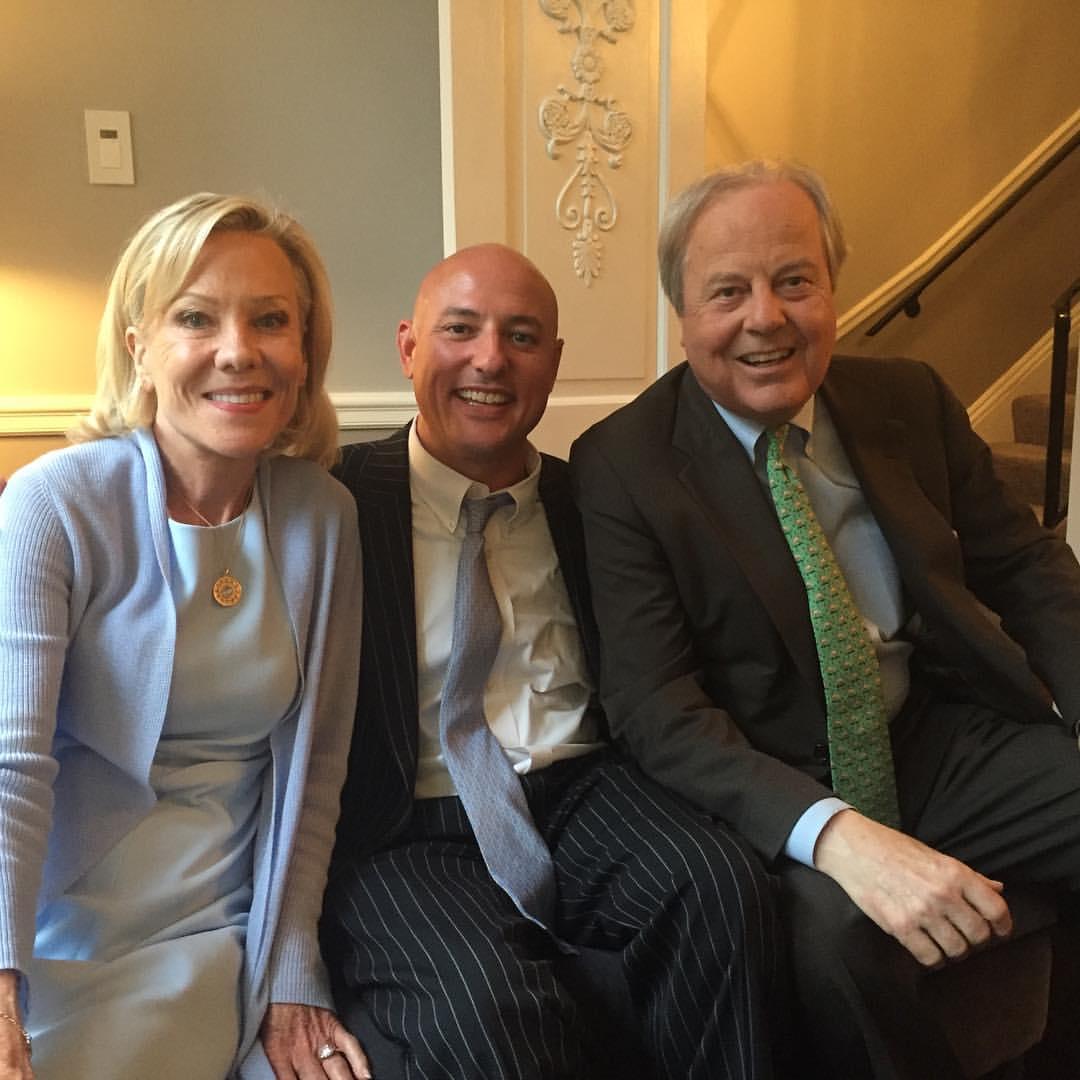 Over the years, I scoured the House Transportation and Infrastructure Committee agenda searching for the right opportunity to pounce, and when Joe Biden announced the White House would prioritize a major infrastructure package in 2021, I felt the day I’d long waited for had come. I kept my plan very quiet and shared with colleagues at Animal Wellness Action, and several months ago, I took it one step further by running the plan by some close like-minded friends and confidants within the equine world: allies at The Jockey Club and within the Coalition for Horseracing Integrity with whom we worked to secure the December 2020 enactment of a federal law to ban doping in horseracing; the founder of the Horses for Life Foundation (HFL); the owners of Stone Farm where three Kentucky Derby winners were raised; the CEO of Crawford Farms, a champion harness racing operation in New York; the president of the U.S. Harness Racing Alumni Association; and finally a new business partner I’ve paired with to produce a wild horse documentary, Ashley Avis, the director of Disney’s 2020 hit film Black Beauty – people I knew we could really trust, and whose opinion I value tremendously. 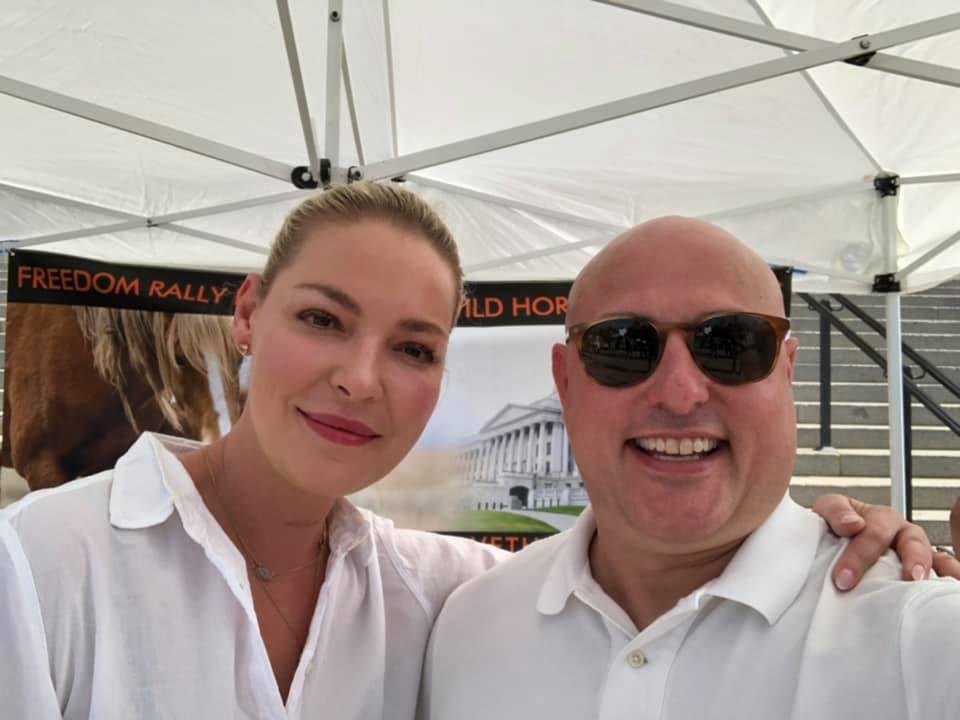 And last week, that long-awaited amendment to ban the transport of horses for slaughter cleared the full U.S. House by a voice vote in a bloc of amendments –truly a historic day for the horses who have long been our partners in work and sport, and whose very backs our civilization was built upon. The measure bans the transport of equines across state lines or to Canada or Mexico for slaughter for human consumption. This amendment, if enacted into law, would prevent a cruel and predatory trade that claims the lives of tens of thousands of our nation’s iconic horses and burros every year at foreign abattoirs.

The amendment – HFL’s founder brilliantly named “TIA,” short for Transport and Infrastructure Amendment – cleared because of every one of my colleagues and confidants stayed focused, and kept their eye on the prize, and most importantly because we all worked seamlessly together and put the horses first. TIA quickly garnered additional cosponsors, including Reps. Jan Schakowsky, D-Ill., and Vern Buchanan, the lead authors of the Save America’s Forgotten Equines (SAFE) Act (the stand-alone anti-horse slaughter bill); Reps. Paul Tonko, D-N.Y., and Andy Barr, R-Ky., (co-chairs of the Congressional Horse Caucus); and Reps. Buddy Carter, R-Ga., Donald Payne, D-N.J., Guy Reschenthaler, R-Pa., and Jerry Nadler, D-N.Y.

The measure was endorsed by more than 229 animal and equine protection and advocacy groups, organizations, rescues, and businesses in the U.S., including The Jockey Club; The Breeders’ Cup, New York Racing Association, which operates The Belmont Stakes; The Stronach Group which operates The Preakness Stakes; the Thoroughbred Aftercare Alliance; Claiborne Farm; West Point Thoroughbreds; Nick Zito; Graham Motion; Pin Oak Stud; the Texas State Horse Council; Winterstone Pictures; and both PETA and the ASPCA to name a few.

I shed some serious tears of joy this week over the passage of our beautiful TIA and her “birth” family’s ability to inspire each of us to keep pressing forward no matter the setbacks along the way. And today I’d like to share with you the thoughts and comments of just a few of TIA’s birth family – my heroic friends and confidants in this concerted effort.

As Rep. Carter stated so eloquently last night on the House floor: “Horses aren’t bred for food, and Americans don’t want them bought under false pretenses, forced into overcrowded trailers, on a thousand-mile journey, and then prodded to slaughterhouses. This range of support only happens because it’s something Americans agree on. It’s time to turn that agreement to action and fully ban the transportation of horses for slaughter.”

My colleague Wayne Pacelle, a man who has dedicated his entire adult life to the protection of every type of animal, weighed in stating: “We’ve watched tens of thousands of horses endure a horrible passage to Canada and Mexico every year and then get slaughtered at foreign abattoirs for foreign consumers in Asia and Europe. We are reaching a national consensus on this issue, and it is time for a national policy to stop this predatory industry from continuing to victimize American horses and burros. Shedding equine slaughter is the right policy for North America.”

Stone Farm’s Staci Hancock who was a key player in the passage of the American Horse Slaughter Prevention Act when it cleared the House those many years ago added: “The growing list of supporters from the horse industry sends a strong message, not only to our legislators but to those individuals who profit off the backs of America’s horses. By banning the transport of horses to slaughter, this strategic initiative would effectively put an end to horse slaughter in the U.S, once and for all.”

Crawford Farms’ namesake Michelle Crawford who brought Rep. Katko on board, conveyed in her remarks: “This is an unfamiliar event to many outside of the equine industry and they have brought this dark and intolerable system of horsetransport across the border to light in hopes that we can raise awareness to the rest of the world in how our beloved horses are discarded after their careers are over and sold for meat prices to become a delicacy in other countries.”

While TIA and the rest of us take a victory lap around the House floor for the horses we all care so deeply about, I hope that each and every one of you will too – we did it….you did it, and everyone deserves the opportunity to bask in this long-awaited victory.

But when you’re finished with that celebration, please jump back in the saddle and help us get the measure past the next hurdle – the U.S. Senate – a chamber whose Democrat and Republican leaders Chuck Schumer, D-N.Y. and Mitch McConnell, R-Ky., have been consistently sympathetic to the plight of horse slaughter. Contact your Senators by clicking here and then call them at 202-224-3121 and ask them to press for the inclusion of the anti-horse slaughter transport provision in the final version of the INVEST Act that the Upper Chamber approves to ensure President Biden inks TIA into law. She’s been waiting a long time.