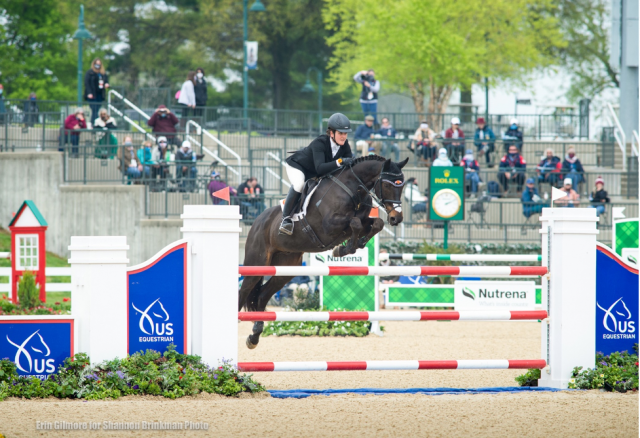 “Most of us will never achieve this kind of magical performance, but that doesn’t mean that we cannot try.” In this week’s Best of Jumper Nation, editor Ema Klugman discusses what we can gain from optimism.

Two weeks ago, I rode a couple of young horses at a local dressage show. I was standing around in between tests when I felt a little tap on my shoulder. I turned around, and peering up at me was a little girl who would not have been more than 10 years old. She asked me, “Have you ever gotten a 10?” I told her that I hadn’t, but that when I got a “9” on a movement (which was rare) I was usually very happy because that’s a great score.

She had her dressage test in hand and showed me the scores the judge had given her on the different movements. There were mostly 7s and a few 8s (which is very good). I told her that she had done very well—probably better than me that day—and this made her smile.

To be honest, I do not really think about getting a “10” in the dressage arena because it is exceedingly rare for a judge to give that perfect score. But what I loved about this girl’s question was that she was clearly optimistic—if 10 is a score that one could achieve, then why not try to achieve it? And she asked me that question that day because she thought that if I could do it, then she could, too.

There are some things in our sport that are exceedingly elusive. Scoring a “10” in dressage; scoring a “100” in a hunter round; jumping clear across all days at an Olympic Games or World Cup Final in show jumping. These tasks are almost literally impossible, so when people achieve them, those watching seem to feel that they are witnessing magic. And they are. Most of us will never achieve this kind of magical performance, but that doesn’t mean that we cannot try. It may seem crazy for us to even believe that we can come close. This kind of thinking is backed up by scientific research around what psychologists call the “optimism bias.” Basically, studies find that humans in general are more likely to overestimate good things occurring and underestimate bad things occurring to them. In other words, people often have unrealistic expectations. This bias actually connects to a lot of issues—for example, one New Zealand study found that people had very large accumulations of student debt because they were overly optimistic about how much money they would make upon graduation.

The optimism bias can lead to a lot of disappointment when experiences do not go as people had hoped they would. But I believe that the optimism bias—that unrealistic pull—is what makes us keep going in the horse world. Without it, we may have all quit a long time ago!

Every equestrian professional will tell you this hackneyed advice: “there are a few highs, and many lows.” Sometimes there are a whole stretch of lows—a truck breaks, a barn burns down, a horse goes lame, a rider gets injured—and the list never seems to end. But every now and then, things go right and we have reason to believe in success again. We have to be relentlessly optimistic—even if we shouldn’t be. So here’s to that young girl: I hope that you achieve a score of “10” in your lifetime!