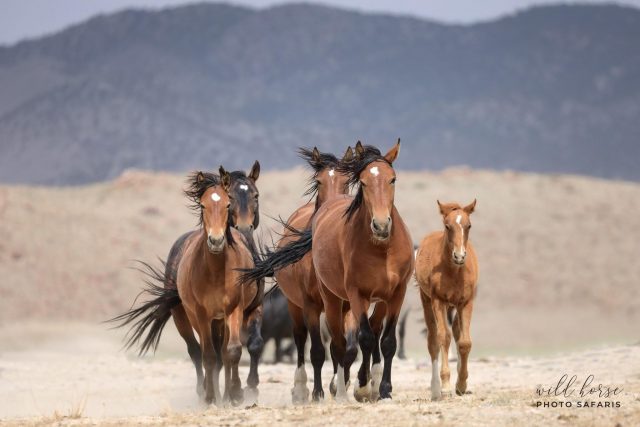 June 23, 2021DeAnn SloanContributorMarty IrbyComments Off on Op-Ed: The Horse Transport for Slaughter Amendment to Infrastructure Bill

“For the sake of horses, let’s get 90 percent of the loaf rather than nothing at all. We must continue to introduce new ideas utilizing ingenuity and creativity – that’s the only way we’ll be able to finally bring an end to the status quo and to horse slaughter.” 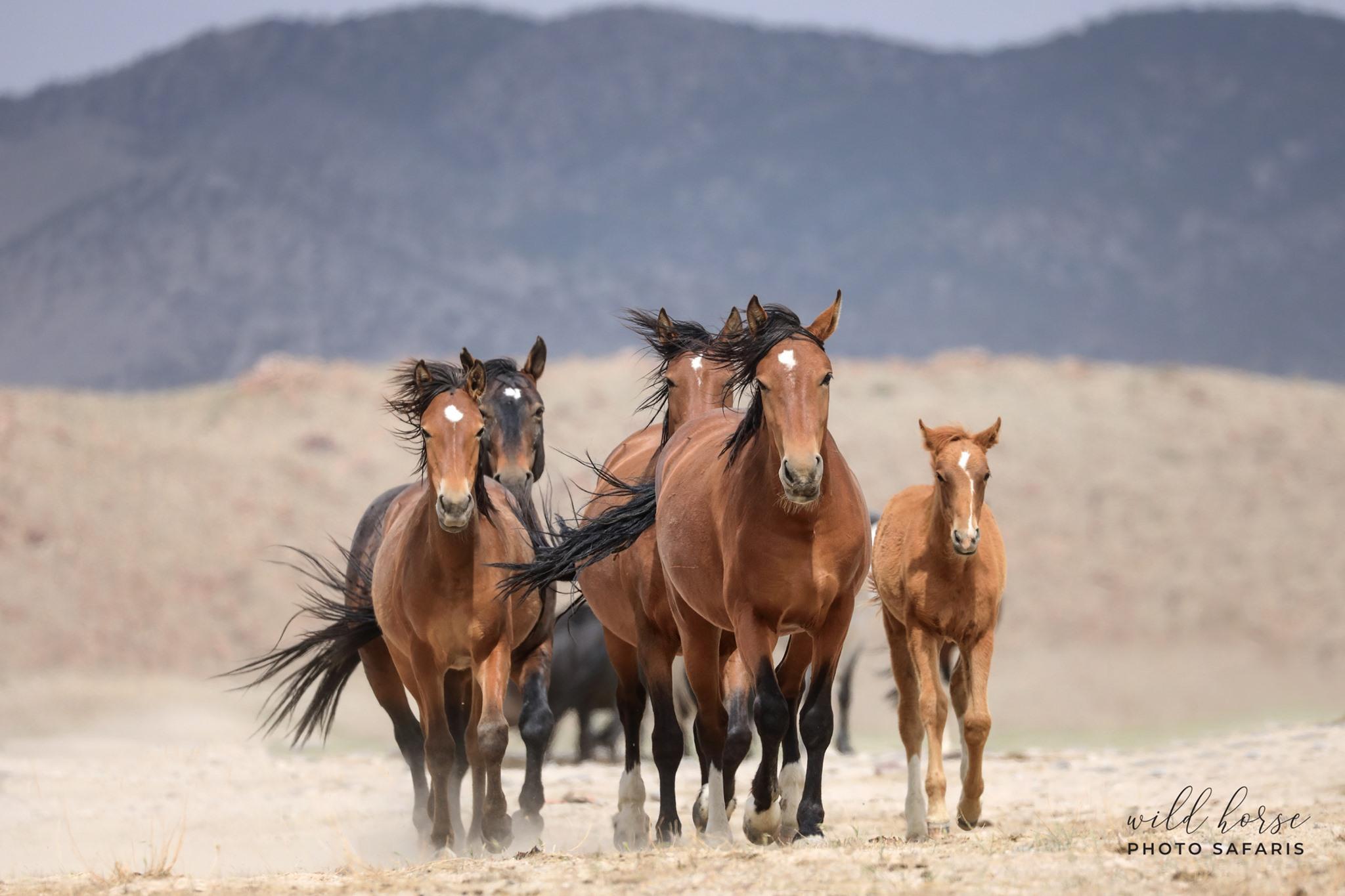 Last week was a big week on Capitol Hill. House leaders are teeing up President Joe Biden’s signature legislation to rebuild our American infrastructure, H.R. 3684, the Investing in a New Vision for the Environment and Surface Transportation in America (INVEST) Act. Led by Chairman Peter DeFazio, D-Ore., the House Committee on Transportation and Infrastructure considered well more than 100 amendments, including one to ban the export of live horses by ground transport to other countries.

That amendment was led by Rep. Troy Carter, the Democrat elected in a special election to replace Cedric Richmond when he vacated Louisiana’s Second Congressional District to work in the White House. Rep. Carter was joined by two veterans of the anti-slaughter fight — Reps. Brian Fitzpatrick, R-Pa., and John Katko, R-N.Y. Congress has long barred U.S.-based horse slaughtering operations, but this amendment is needed to halt the export of tens of thousands of horses shipped to other countries and butchered to serve up as slabs of meat on foreign dinner plates. Halting this cruel and predatory trade has long been a top target of Animal Wellness Action (AWA), the Animal Wellness Foundation (AWF), and many other groups.

Anti-horse slaughter legislation has been around for decades, but it’s stalled year after year. And that’s precisely why AWA and AWF initiated this maneuver with Reps. Carter, Katko, and Fitzpatrick to open up a new pathway for reform. There was amazing enthusiasm for the amendment among grassroots organizations fighting horse slaughter on the ground, with more than 220 equine and animal groups, businesses, and rescues coming together to support it in just 24 hours. The Horses for Life Foundation, U.S. Harness Racing Alumni Association, PETA, SPCA International, the Wild Beauty Foundation, Winterstone Pictures, Four Corners Equine Rescue, and breeders of champion horses like Stone Farm, where three Kentucky Derby winners were raised, and Crawford Farms, a top champion harness horse breeding operation in New York, are among the boosters. It reminded me of the depth of passion for breaking the impasse over stalled horse slaughter legislation and finding a way to get the other part of the horse slaughter trade shut down in the U.S, and it was truly inspiring. We are grateful for each and everyone who supports the measure and applaud them for stepping up.

Horses are revered and cherished in the United States, and 80 percent of Americans oppose the slaughter of horses for human consumption. As public awareness has grown of the inherent cruelty involved in the horse slaughter industry, calls for a federal response have grown louder as the federal Bureau of Land Management (BLM) has been implicated in a suspect adoption plan that is allowing “adopters” to rake in profits by selling horses and burros to slaughter.

Transport of horses for slaughter is unsafe and has caused multiple serious accidents on American highways. The list is long of serious accidents on American highways involving trucks loaded with horses bound for slaughter. Most of these involve horrific injuries to and deaths of horses on the trucks. As recently as October 2020, 14 horses were killed and 11 badly injured when a truck driving the animals to slaughter flipped on a highway in Franklin County, Missouri. Similar accidents have happened over the years, and in most, motorists had to avoid the accident and, in some cases, encountered terrified and injured horses running loose in the lanes of traffic. Similarly, in 2017, a truck belonging to the infamous kill buyers who own one of the nation’s largest horse slaughter holding facilities in Bastrop, Louisiana – one of largest kill pens in the U.S. right in Rep. Carter’s backyard – was involved in a terrible crash that led to the deaths of 19 horses.

While horse slaughter does not currently occur on U.S. soil due to a de facto ban achieved through the appropriations process, tens of thousands of domestic and wild horses are shipped to Mexico and Canada each year to be slaughtered for human consumption in those countries, Europe, Asia, and other parts of the world.

Stand-alone legislation that would permanently ban both the transportation of slaughter-bound horses and slaughter itself – the SAFE Act – was recently introduced by Reps. Vern Buchanan R-Fla., and Jan Schakowsky, D-Ill. Despite House passage of a similar bill fifteen years ago, and the majority of House Members cosponsoring the measure in recent years, the Senate has never taken up an anti-slaughter authorizing bill, and lawmakers aligned with agriculture interests have long stymied efforts even to get a vote.

Rep. Carter advanced his amendment and won enthusiastic support for it from his co-authors and also from Rep. Dina Titus, D-Nev., a longtime champion on horse protection issues in the House, but he noted in his testimony that some “advocacy groups” had “concerns” with the amendment. These groups are the same ones that that have been supporting a wild horse roundup plan known as the “Path Forward” – a nice-sounding but diabolical deal that’s already removed tens of thousands of wild horses from the range via draconian helicopter chase and resulting in wild horses and burros going to slaughter.

Chairman DeFazio, himself an incredible champion of animal protection, and a long-time cosponsor of the Schakowsky-Buchanan legislation, committed to work with Rep. Carter to see if they can further refine the measure in a House floor amendment but not trigger any jurisdictional issues that will allow opponents of the reform to put a roadblock in our path. DeFazio’s close look will also be a good opportunity to add in a prohibition on transport of donkeys, burros, and mules, which Rep. Titus smartly wants to include in the amendment.

One issue that Chairman DeFazio will face is how to enforce the law, given that the U.S. Department of Transportation does not have a ready enforcement capacity. We’ll look forward to working with he and Rep. Carter and others to solve that challenge. It’s an easy way for Washington, D.C. agency personnel, who have no real enthusiasm for ending horse slaughter, to default to the status quo and say it’s just too hard to enforce a new law. This is a culture of defeatism that I have encountered time after time in my eight years here working as both a Congressional staffer, and a lobbyist. But with the right language and support we can overcome that as well.

There will always be people who try to make the perfect the enemy of the good. For the sake of horses, let’s get 90 percent of the loaf rather than nothing at all. We must continue to introduce new ideas utilizing ingenuity and creativity – that’s the only way we’ll be able to finally bring an end to the status quo and to horse slaughter.

Until we worked with The Jockey Club and other key players in the Thoroughbred horse racing industry to pass the Horseracing Integrity and Safety Act – that banned doping in the industry – enacted at the end of 2020, there had been no national legislation passed in half a century to benefit horses. The last measures were the Wild and Free-Roaming Horses and Burros Act of 1971, and Horse Protection Act of 1970. That’s a long and unacceptable drought. We must bring urgency to the fight to stop the mass butchering of healthy American horses.

It’s within our reach if we keep working together during the next two weeks before the INVEST Act comes to the House floor for a vote, but we need your help to do it. Join us in shepherding the anti-slaughter amendment to passage by clicking here and taking action today. The iconic American equines whose backs this country was built upon deserve our every effort and the best that we have to offer in plying every channel to get the job done.