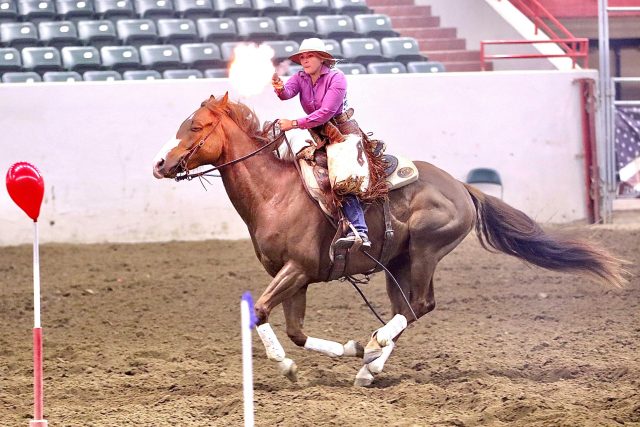 “After all the hard work, all the let downs and all the mistakes, the high points feel SO much more rewarding. The feeling of hard work paying off is a feeling you can’t get from having wins handed to you.”

In my last article I discussed, in depth, the tough luck Buns and I had while at CMSA Nationals in Tunica, Mississippi. I covered everything from Buns being a jerk to me crying in a stall. Since then, we’ve been to two shoots and we have been ON FIRE! 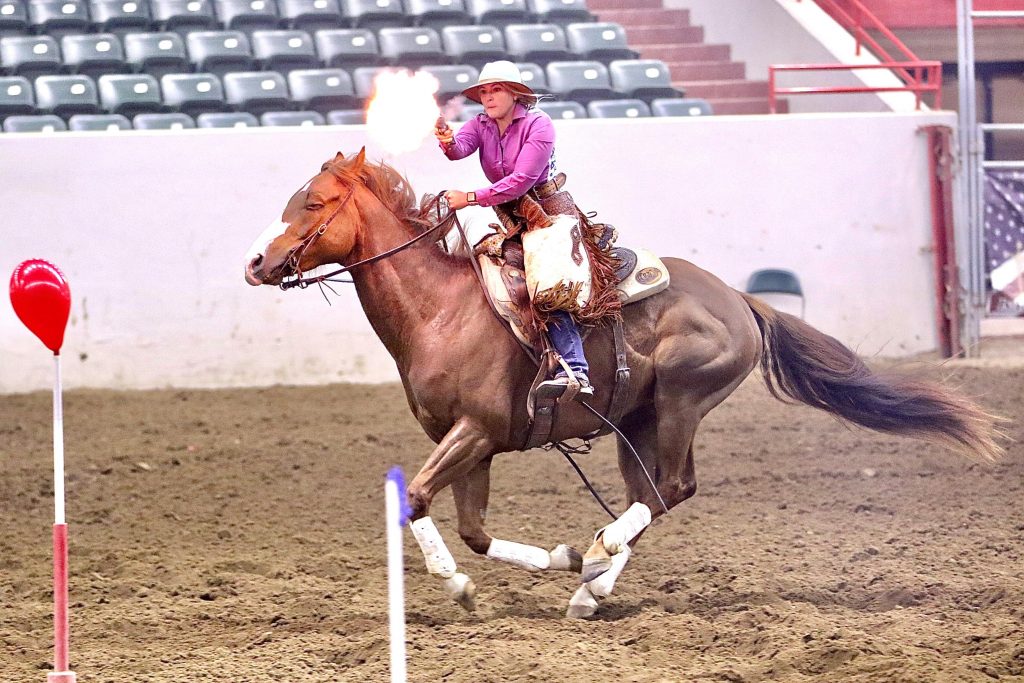 The first shoot we attended after Tunica, Mississippi was the TLC Equine Classic. Buns was running fast and I was shooting just as well as he was navigating the patterns. I couldn’t stop cheesing. YESSSS, we’ve finally got it together! We’re finally doing it! Nothing can stop us!

Nothing stopped us from having the greatest runs of our life but there was one major factor that pushed us to a losing spot. This dilemma is still a hard pill to swallow. I think it’s because it was something I couldn’t control.

On our third pattern at the the TLC Equine Classic Buns and I rounded a random barrel in the course and the momentum of the turn caused my loaded gun to pop out of my holster and I could not shoot the last five balloons in the course.

Ooof. I thought I cried hard at Tunica. I couldn’t even hold my tears in as I walked out of the ring. I tried my damndest, but I just felt so let down. I handed my guns to my trainer, Jared, to unload and walked out of the arena to Buns’s stall.

I cried like a big ole sissy and I couldn’t even stop it. It was a grand waterworks show in Buns’s stall as I loosened his girth and took his boots off. One of our fastest, best performances of our career was also one of our worst runs.

Finally I got myself together and my good friend, Anne Paquin, brought me a Pepsi. I was dehydrated from crying and Pepsi definitely rehydrates (totally kidding, but the soda did make me feel a little better).

I forced myself to look at the positives. My first two runs were solid and qualified me to make it back into the Saturday Night Showcase! Buns and I were running fast and efficient and my mindset was great, allowing me the ability to focus on shooting balloons — sometimes I’m a little scrambled up there. Overall my experience was a good one. 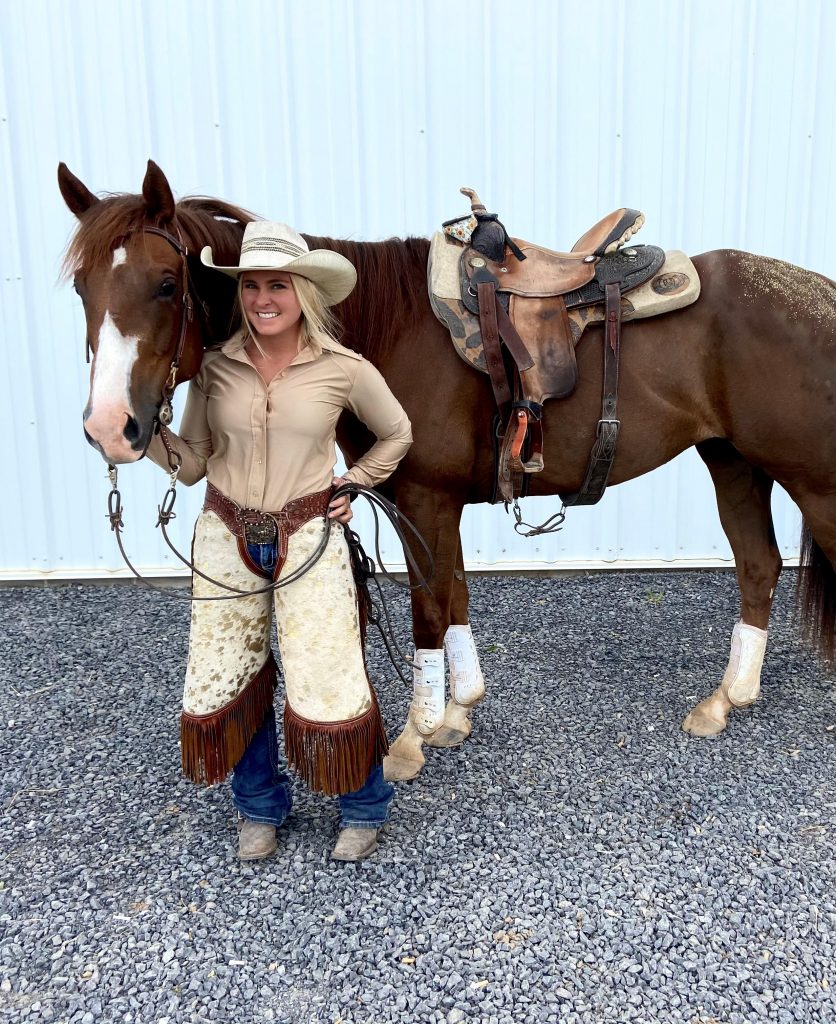 However, my experience the following week knocked the TLC Equine Classic out of the park. The following weekend we attended an East Coast Outlaws Shoot. The entire week prior to this shoot I had the mindset that Buns and I were going to do well.

On Saturday we were fast and smooth and I shot clean. We made it back into the showcase in the number one spot and laid down an awesome run allowing Buns and me to win a second place check. Along with a superb Showcase run, Buns and I won our class and for the first time ever took the Reserve Cowgirl spot. I’m not gonna like, I was so excited I may have cried just a little (I’m emotional, okay?). 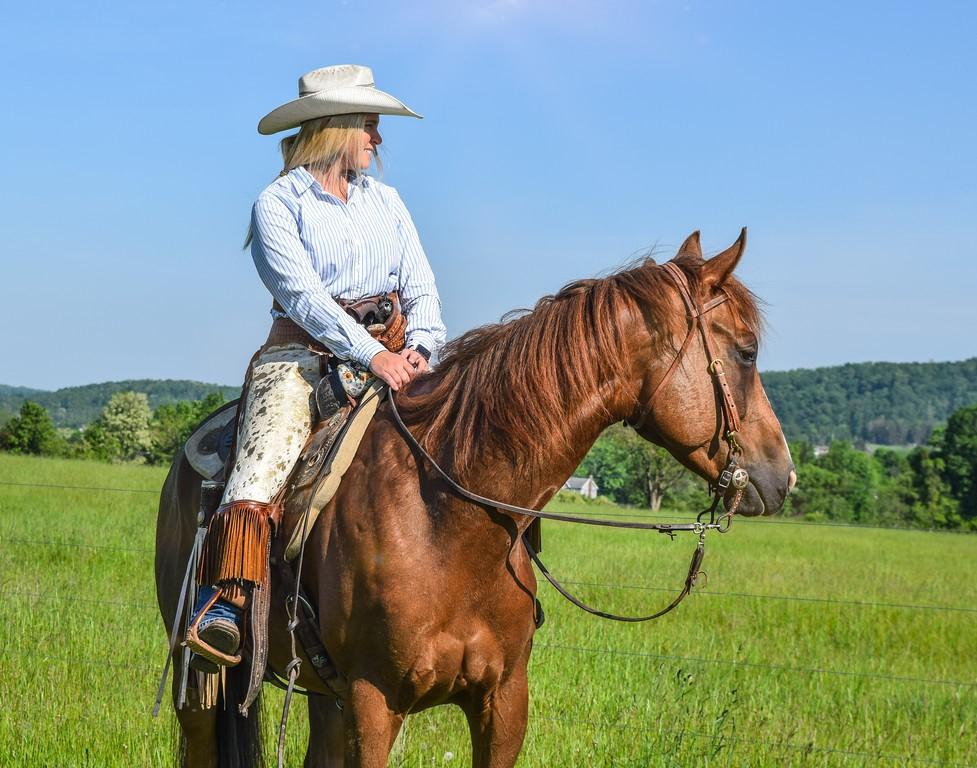 Sunday we had some tough luck. I missed one balloon but we finished second in our class and still managed to squeak in to the top 10 overall. Heck, just writing this is making me excited all over again. We were finally on point and I don’t see us coming off from that streak for a while. This summer we’re going to give our competition hell.

After all the hard work, all the let downs and all the mistakes, the high points feel SO much more rewarding. The feeling of hard work paying off is a feeling you can’t get from having wins handed to you.

Once you become a level 3+ mounted shooter, you’re really starting to fine tune things to get faster and shave time off of each run. If you want to progress any further you have to become a better rider. Cueing has to be more subtle, riding has to be quieter, direction needs to be given more clearly.

It was a big adjustment for Buns and me. I had to ride better and be a better communicator, and in return, Buns had to learn to respond to softer cues. It was hard work to get to this point. I shed A LOT of tears — if you couldn’t tell from how much I say I cry in my articles. Better out than in, right? That’s what Shrek says. I know he says it about farts, but it applies to crying too. I digress.

Anyways, my turning point for being a better rider was not in the competition pen. It was in Tunica, Mississippi in the warm up pen when I cantered around for what felt like an endless amount of time. That time allowed me to really get a feel for Buns, to do some trial and error for what worked and what didn’t and to really get comfortable in the saddle at all speeds.

The saying, “You earn your trophies at practice. You just pick them up at competitions,” is one of the truest statements I’ve ever come across.  It’s not in my competition runs that I’m learning about myself and about Buns. It’s not in these runs that I’m getting better at riding. It happens in all the practices at home, or at Penley Horsemanship, where I’m pushing the boundaries and setting new limits. I’m excited to see just how far all of our practicing will take us!