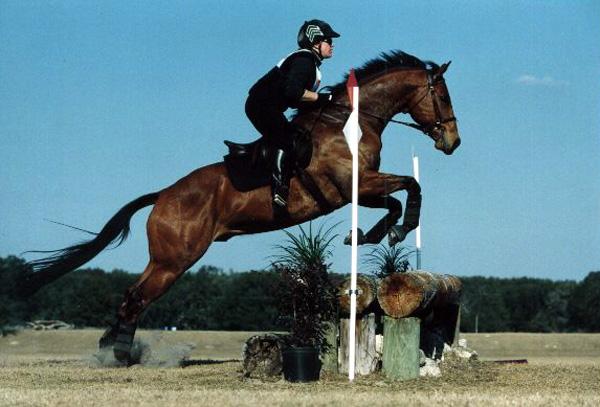 June 3, 2021DeAnn SloanContributor#RETIRED RACEHORSE PROJECTComments Off on The Risk of Loss: Libby & Spider

“With love, comes the risk of loss. The grief comes welling up … It comes crashing down as I unload Spider to get a checkup at the vet school and realize that we’ve been clients of the same surgeon there since Ben’s first trip 18 years ago…”

Following the announcement that the Retired Racehorse Project‘s 2020 Thoroughbred Makeover and National Symposium, presented by Thoroughbred Charities of America, will be postponed to 2021, competitors have been working to decide what comes next for them and their mounts. Today, blogger Libby Henderson discusses dealing with grief — as it relates to horses and friends.

(This post is me coloring outside the lines even more than usual. Please bear with me, as I don’t have a lot of training talk to share, though I do have the update from today’s visit to the vet school at the University of Florida at the end!)

Grief is weird. When you lose someone close to you, it rarely is at a time when you have a lot of space to sit with the loss and grieve it thoroughly. There is, instead, a ton of things to do if you are close family, and if you aren’t, the rest of your life continues to storm along around you, expecting you to give full attention to a hundred other problems and issues. So, you stuff your feelings in a closet and figure you don’t have time and just have to keep going.

And then you find out you haven’t. Out of nowhere, it slams into your gut, and you are sitting in your car, in your office, or sitting next to the pasture at feeding time, and it washes over you, and then tears appear — out of proportion to what happened or what you heard.

I read recently that everyone walks through grief in their own way, and it isn’t anything that can be “fixed” by someone else. The writer went on to say that the best thing to be done for someone who was grieving was to just walk alongside them and to hear their stories. I so appreciate all of you coming along on the journey with Spider and me, and so I thought if I could tell you these stories as we walk along — it might help.

Near the end of January, my heart horse – a 28-year-old Quarter Horse — suddenly looked as if he’d aged overnight and was frail and seemed unsteady. A couple of days later, we had to make the call to put him down in a hurry.

It was the right thing to do. I felt nothing but relief when we were done, because the primary impetus was to end his suffering. He was such a part of me for so long. I brought him home in 1997, as a blown-up barrel horse. My friend that sent me to look at him knew he had a bucking problem and was hoping I’d get dumped one too many times and would sell him the horse cheap.

I had no idea what I was doing but was fortunate enough to get connected with several good event trainers and off we went. He had terrible feet, was a total princess about everything and I loved him with all of my heart. My trainer said he should have been my second event horse and not my first, but he was what I had, and my connection to him was like nothing else.

When I got divorced, he saved me. Lucinda Green old me that “someone like you” didn’t need to ride a horse like him. He was a cross country jumping machine and, with the right rider, would have gone far and have done great things.

But he didn’t have a professional rider, or even a talented amateur. He had me. And together we learned so much. Galloping cross country at Pine Top after a great Novice cross country run and the feeling as I came uphill to the finish line was amazing. It remains one of the best days of my life. Having him gone, especially when I couldn’t stop to grieve, feels like a missing a limb. 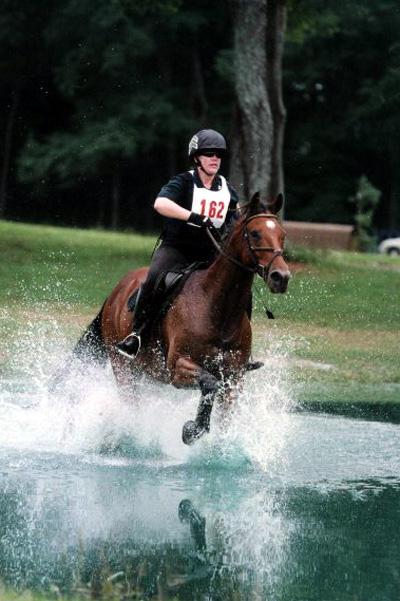 Ben and me on course at Canterbury Horse Trials, 2002. Photo by Lori Harrison.

The week after I lost Ben, my heart shattered when my friend Anissa Cottongim passed away after an intense battle with a rare cancer. My world is emptier without her in it. She meant so much to so many people. She was a tireless proponent of the American Trakehner, was on the Board of the American Trakehner Association, owned a magnificent ATA Stallion, Tatendrang, bred some spectacular horses, was an investigator with the State of Florida’s Department of Children and Families, a devoted daughter, an army brat who loved to travel and my friend.

She frequently drove me crazy with her inexhaustible optimism and her refusal to take no for an answer when she was cooking up something fun. (I’m the worrier and miss-worst-case-scenario who had a dozen reasons why something was impossible or not a good idea. She didn’t listen to me very much. <lol>) I met her in 2014, when she was living on a small farm about 45 minutes from mine. She moved to Ocala in 2018, to a fabulous farm with her parents. She had so many fun things planned, and I had looked forward to visiting her in Ocala and being talked into being way more social than I would ever be on my own. 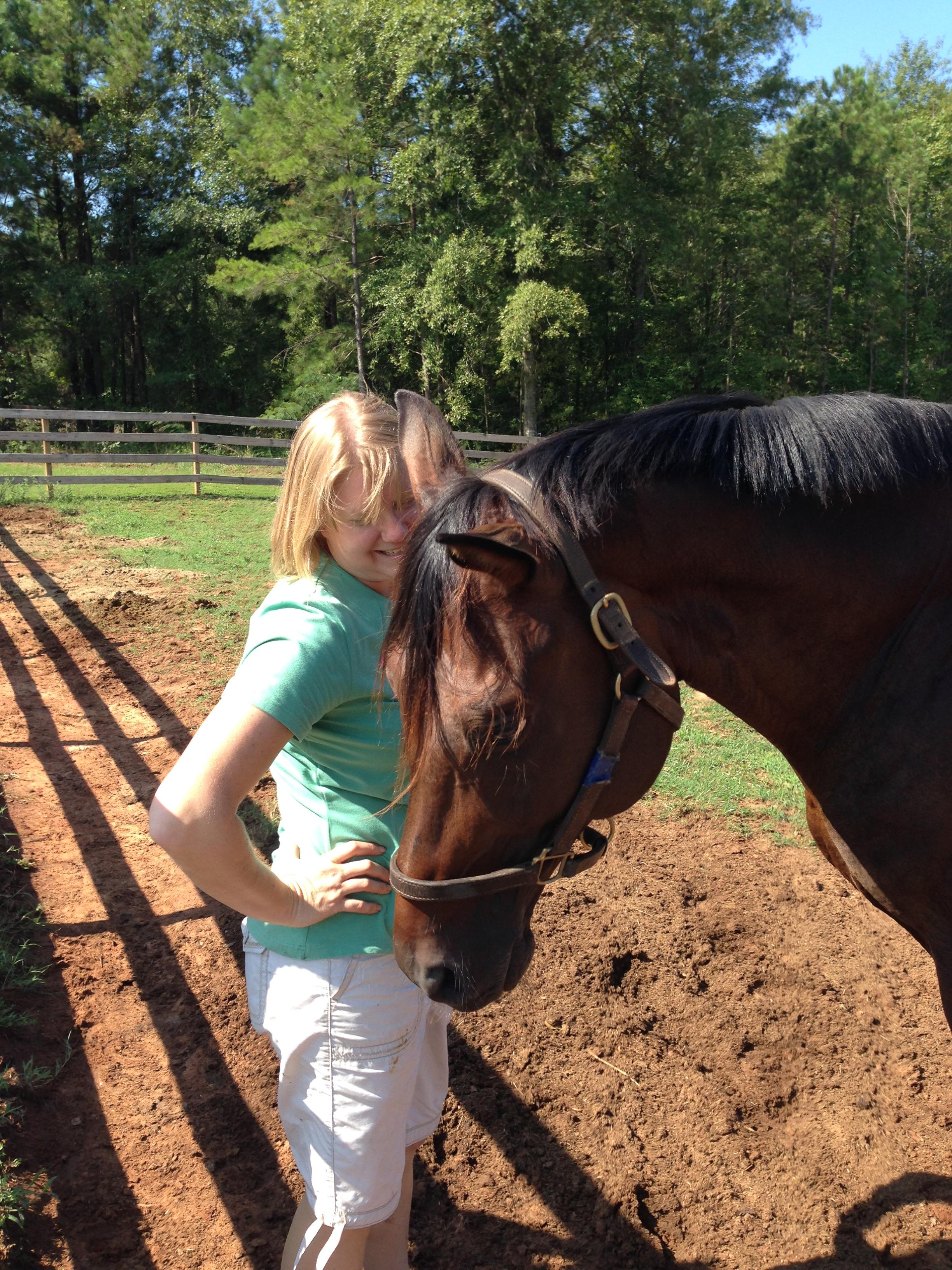 Anissa with Tatendrang, her stallion. Photo by Libby Henderson. 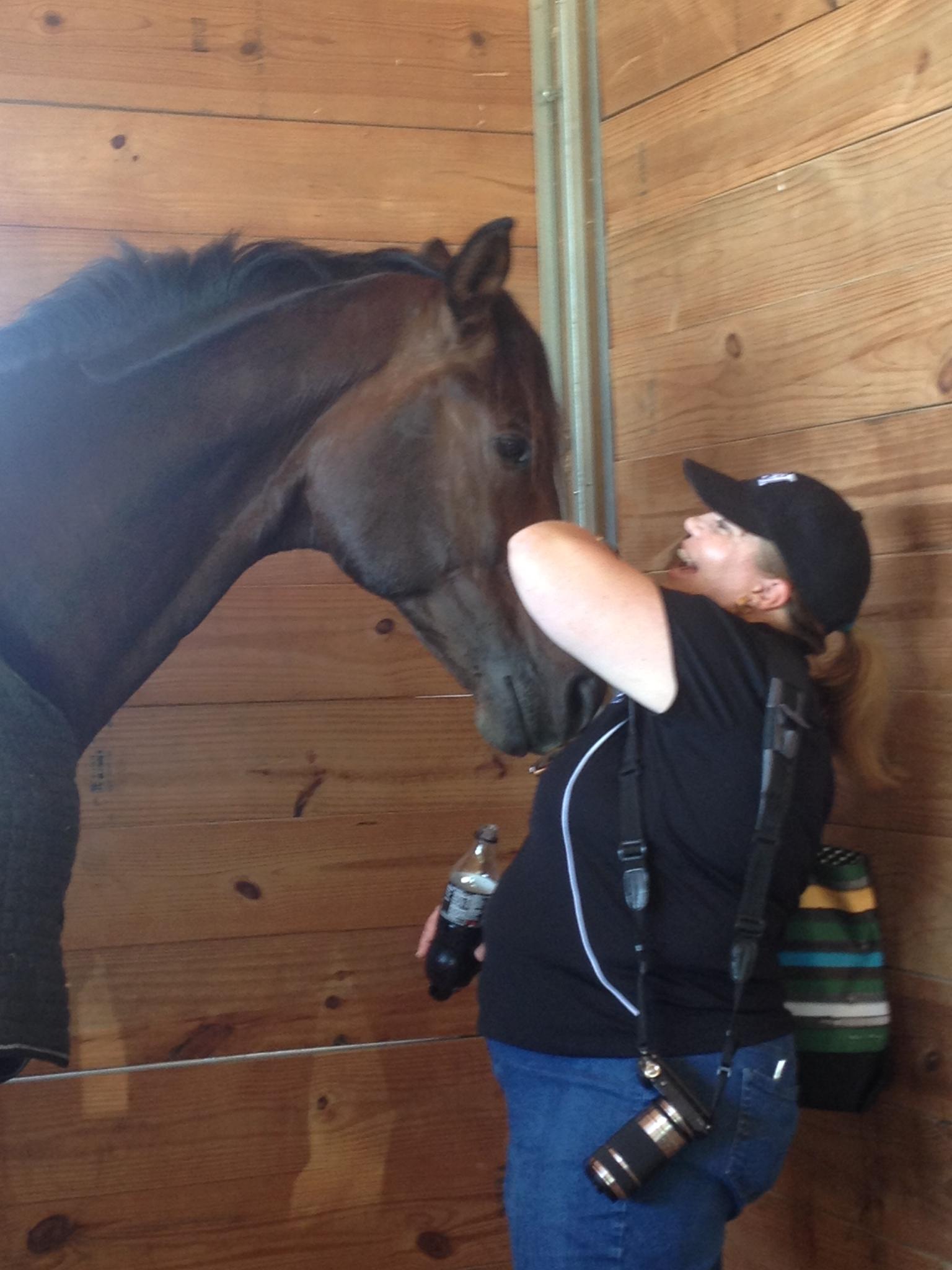 Me meeting Tatendrang at Anissa’s insistence when she wasn’t even at the show at Chattahoochee Hills. Photo by Debbie Brady.

Cancer changed all of that, and I am so angry. I am angry that she didn’t have more time. I’m angry that I said no as often as I did. I’m angry that I didn’t make more time to show up on her doorstep every time I passed through Ocala on my way to points south. I called her to plan a socially distanced visit on the day I had Spider scheduled to go for his first lameness exam at the end of December. She sounded upbeat and happy and said we’d get together the next time I came down. We ran out of time.

She introduced me to so many people, taught me about Trakehners, convinced me to have my mare inspected and was ready and waiting for me to breed her to Tate, for a gorgeous grey Tater Tot of my own. What I’ve listed here is a tiny sliver of all the good she did with her life, and all the people she touched. But I didn’t write about this to convince the readers that she mattered to the World (though she absolutely, positively did). No, I’m writing about her in this post because she mattered to me.

And finally, I want to tell you about Annie. Ten years ago, I was asked if I could provide a temporary field for a horse to go in while her owner sorted through some problems with her parents. On the day they delivered her, off the trailer comes a 17hh, 18-year-old, chestnut Selle Français mare. She was underweight, under groomed, still wearing the braids from the show the day before. As they drove away, I heard, “I hope you enjoy her.” Um, what?! I thought I was just keeping her for a while!

We did some research on her and a former owner told me that Annie really needed her own person to bond with. I knew I was in trouble because she didn’t even LIKE me, much less have any interest in bonding with me. But I had a young lady at my barn who she did like, and who very much wanted her own horse. The rest is her story to tell, but I was honored to be there at the end of it and to be able to help carry some of the burden of her grief. 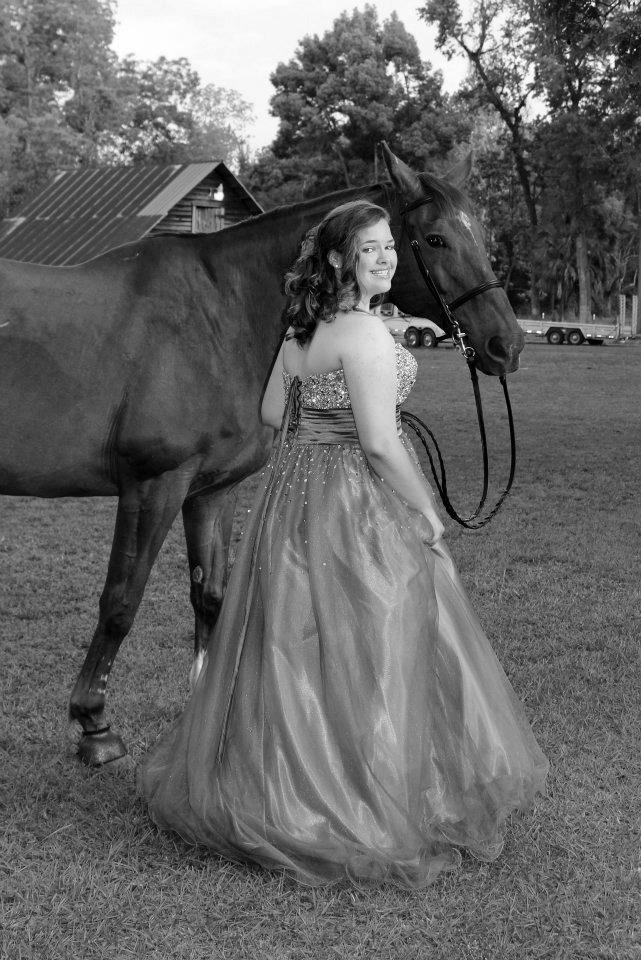 Sara Green with Annie, in her prom picture. Photo by Andrea Parramore Clark.

With love, comes the risk of loss. The grief comes welling up when one of Anissa’s babies trots up at a 4*event, and I realize how proud she would be. It comes crashing down as I unload Spider to get a checkup at the vet school and realize that we’ve been clients of the same surgeon there since Ben’s first trip 18 years ago, and there are pictures of one of my OTTBs in the waiting room. Locking your grief away might be necessary sometimes, but it cannot be avoided if we want to have the love that comes from having loving relationships in our lives.

If you’ve read this far, thank you for walking with me as I look for the best way forward. Our journey to the University of Florida’s Large Animal Hospital today had good news for Spider! He is set to slowly go back to work, and we still have our eyes on the prize of the Makeover in October! Watch this space for more of his antics next month, when we hope to have more to report! 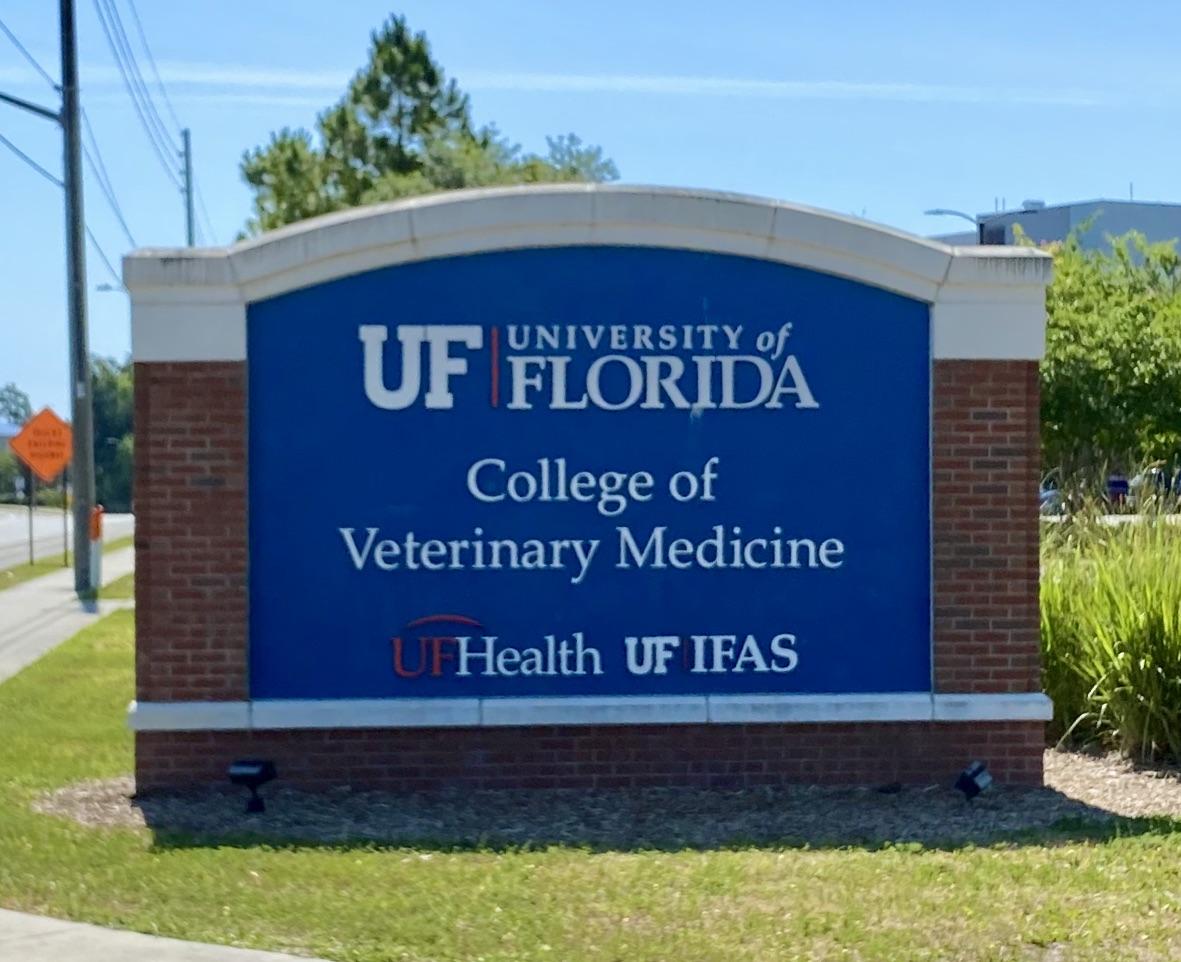 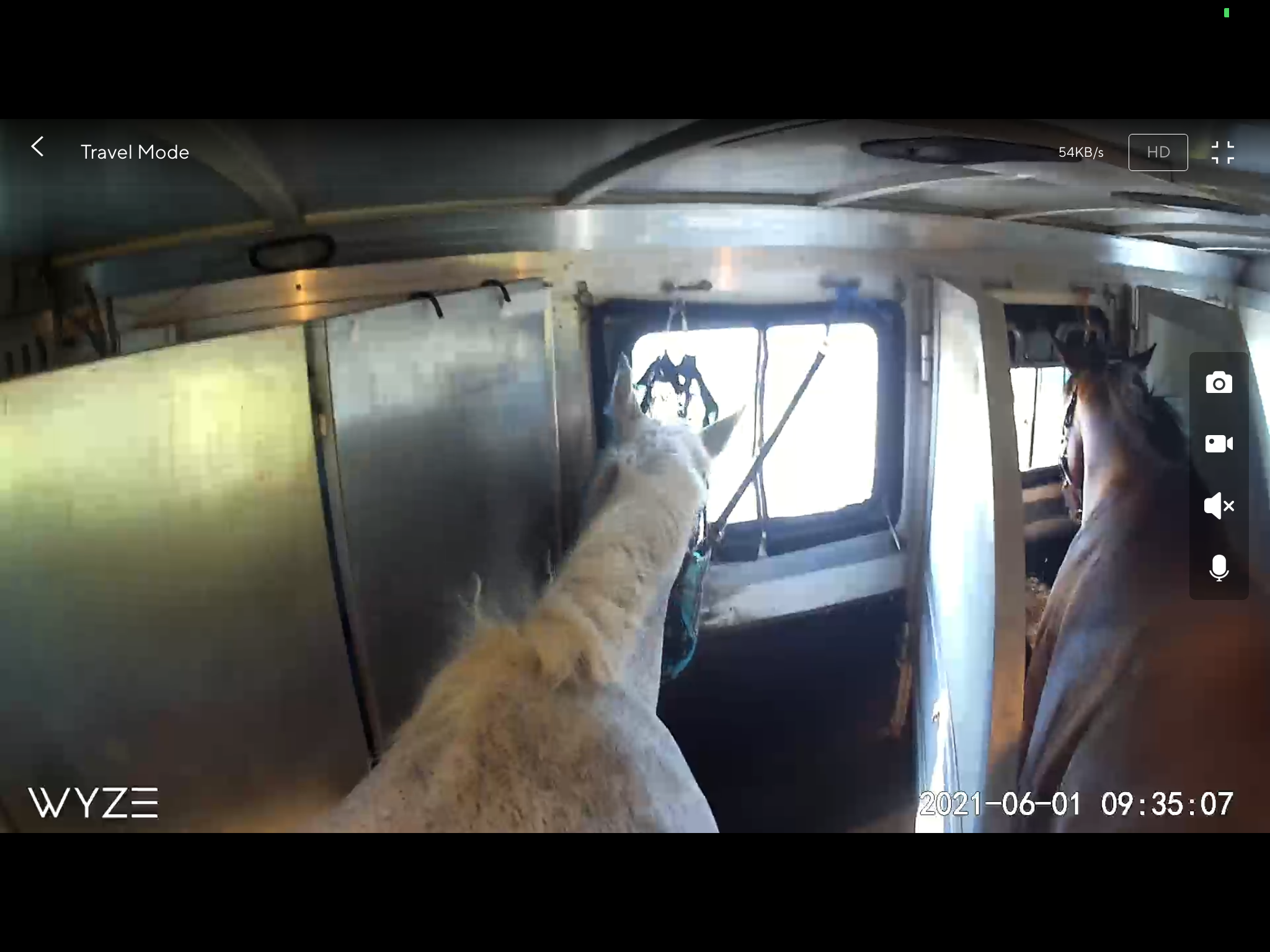 Spider and Razzy in the trailer headed home. Photo by Libby Henderson.