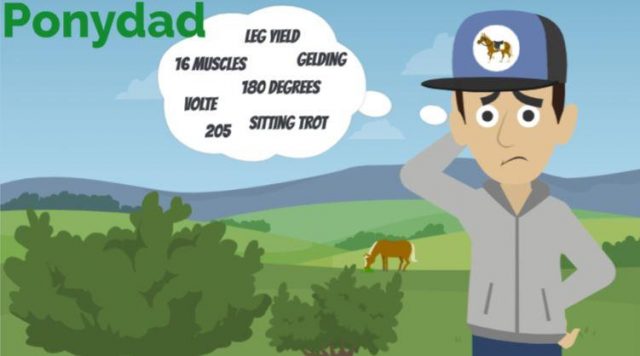 The life of a Ponydad is hard. Especially when you have to learn a plethora of new terms relating to anatomy you never thought you’d need to know. Ponydad Thomas Pell Veng discusses his latest foray into the horse world.

Yesterday I was asked if I knew how many bones there are in a horse skeleton. “Oh, no. I don’t know,” I replied. What kind of question is that? You cannot expect a Ponydad to go around with that kind of knowledge. I am having a hard enough time figuring out my own anatomy.

Being horse ignorant, it is hard to keep up with all the normal horsey terms such as girth and geldings and just because I have written a guidebook about how to survive as a Ponydad (physically and financially), I do not know a honk about the structure of the meat-scooter. Four legs, one head and one tail — that is it. 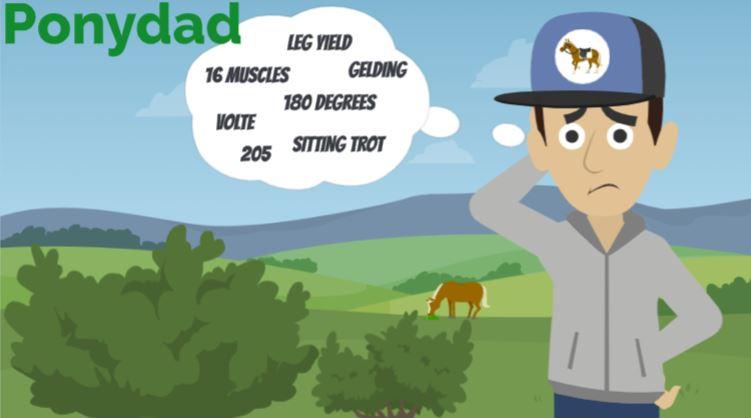 By the way, the answer to the above-mentioned question is 205 bones. 205 bones. I do not know about you, but that number does not tell me anything. It might as well have been 2,005 and I would not have been more surprised. But it did make me think. Maybe I should familiarize myself a bit more with my daughter’s four-legged beastie. That said, of course, there is a reason why I keep riding in a volte about the number 205. Can you guess how many bones there are in the human body? The answer can be found below.

I was very surprised when I later last night read the correct answer… and no, it is not 205. My curiosity was aroused. Did you for example know that a horse can see almost 360 degrees around itself? Forget all about “attacking” the family’s pet from its blind spot, for it is virtually impossible. Maybe that is why they can be so hard to capture on the field. And no, it is no use dressing up like a bush and spending 45 minutes sneaking up on it, because horses apparently are equipped with 16 muscles in each ear, which means that they can rotate 180 degree. 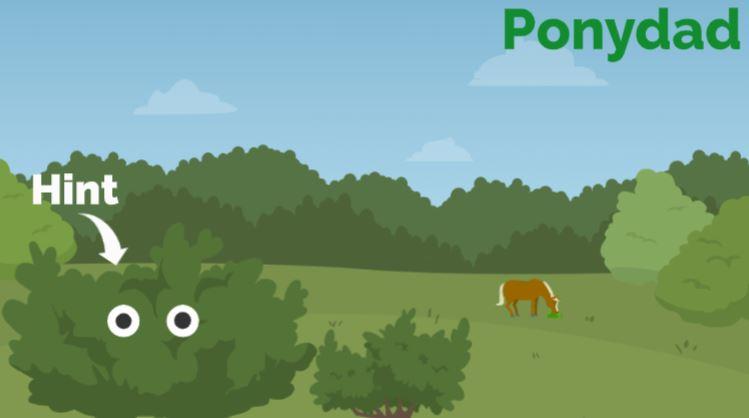 Why the heck did they not “make” a myopic and deaf pony when they cloned the first horse back in 2003 in Italy? Life as Ponydad would have been so much easier.

By the way there are 206 bones in a human body, which means only one more than our four-legged friends. I would have thought there were more.