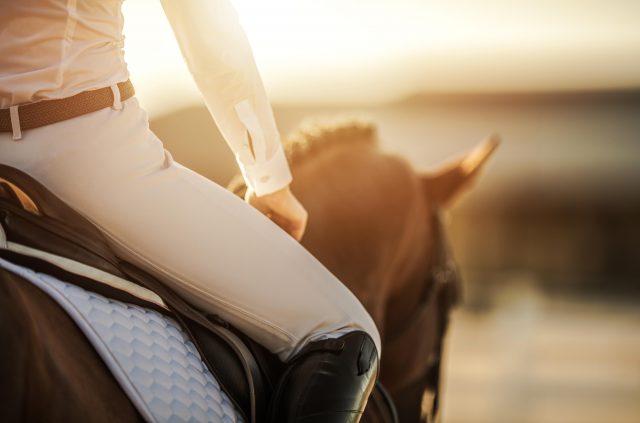 May 14, 2021DeAnn SloanGillian Warner#ESSAY, Best of JNComments Off on Best of JN: On Horses and Hope

“Hold on to your hopes and dreams. Horses are one of the best parts of our lives and the great joy we get from our partnership with them is too often tempered by sadness, frustration, anger, or grief.” 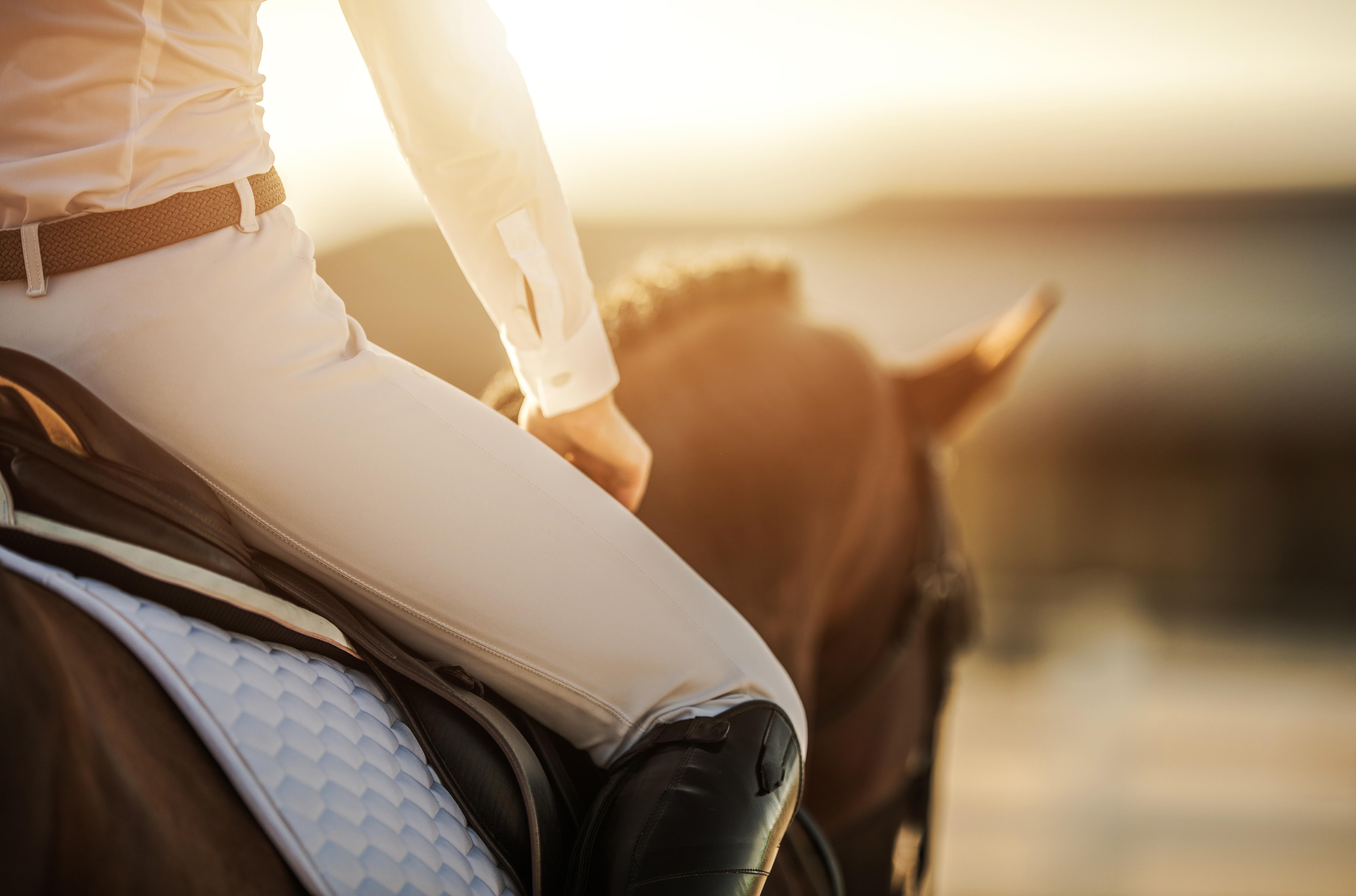 One of best and worst things about horses is hope. Hope that you will put in a good round, that your horse will survive illness or an injury, hope that you will qualify for the finals, hope that your new instructor will help you solve a problem, hope that it won’t rain on the day of the show, hope that you will find the courage to move up a level. Big, grand hopes and little, silly hopes, and everything in between. As riders and horse people we always have to have hope because, as my trainer and friend Packy used to say: horses are heartbreakers. You have to have hope to own, ride, and love horses or the disappointments will crush you. Is that too dramatic? Perhaps, but I know many, if not most of you are nodding your heads in understanding.

I have an incredible horse named Steve. I’ve written about him a lot because he is integral to my life. Again, that sounds a bit dramatic but it is true. I got Steve on the heels of losing my wonderful five year-old horse Warren to colic, and Steve helped me start to dream again, to hope again. My long-term goals for the two of us have always been set at the Amateur Owner Jumpers, from Low to High, with maybe some mini prix or other special, fun classes along the way. Steve is capable of even more, and at the beginning of this year I decided that one of my trainers, the amazing Ema Klugman, should tackle some big money classes on him later in the season. Such dreams!

I have had Steve for a bit more than seven years now, and we’ve gone through some pretty extreme ups and downs, from injuries to lack of funds to show to crippling confidence issues, on both our sides. I have a demanding career and not as much time as I would like to spend perfecting my riding (or just achieving basic competence!), and some years just getting us in the show ring regularly has been difficult or impossible. Nonetheless, through all of this, we’ve soldiered on and I kept working and hoping and feeling humbled by my many mistakes but grateful for our progress.

The beginning of 2020 saw Steve out with a bone bruise from him fight-playing with another horse. The end of 2020 saw us finally back on track, working at a level on the flat and over fences that made me extremely excited for the next year’s show season. Until…wait for it…he came up three-legged lame. A couple of vet sessions later and I was faced with the fact that my horse needed surgery to deal with massive arthritis coming from a random bone cyst in his hock. The cyst had communicated with the joint and made it go a little crazy.

The surgery itself was experimental, involving placement of a screw in a small area with the hope that it would cause that part to fuse but not create more arthritis. Steve is going to be famous, sort of, as his experimental surgery appears to be working, and his surgeon wants to publish a paper on the whole thing. The hope is that he will be able to return to full work. This has been what I’ve held on to as winter turned into spring and Steve traveled to New Bolton Center for his surgery, then to a layup facility for two months of stall rest, and now back to his boarding barn, on turnout for another month.

Hope. There it is again. It’s been really hard to be hopeful, I have to admit. When I first realized the scope of what we were facing it felt like I’d been run over by a truck and it was just sitting there, idling on top of me. How are we back here again? Wasn’t I at this point, last winter, with a lame horse and nothing to do but wait to see if he recovered? At least with the bone bruise I knew it was probably mostly a matter of giving it time to heal. But this…well, this was a different thing altogether, as the outcome was so much in doubt. For months I’ve waited and worried and tried not to let it push me into a hole.

Steve is my only competition horse, and since I don’t have unlimited funds, he is where all of my dreams go, where my hard work goes, where my time and energy and love goes. In the past when I haven’t had a horse, for whatever reason, it’s been pretty easy to find riding opportunities. I’m a decent rider and someone, somewhere, has always had horses for me to hop on. This time was no different, but I found it hard to pursue any of these consistently. This isn’t like me, especially since riding regularly is a big part of my mental health, so I tried to figure out why I was not making the time, not reaching out to people, letting my other commitments get in the way instead of organizing rides around them. At some point I realized that I was just starting to give up hope. I was tired and sad and worried. Why bother trying, that part of me whispered, when the best horse you’ve ever owned might never jump again? Again, very dramatic! But when you are feeling sorry for yourself drama has no limits.

I went out almost every day for the second month of his layup to take Steve on long hand walks, letting him roll and graze and snapping pictures of him looking beautiful and fat in the sunlight. Every day I brushed him and fed him bananas and then got back in my car for the long drive home, and felt sorry for myself. I don’t actually like feeling sorry for myself, because while it’s okay to mope a little here and there, it doesn’t actually GET you anywhere. But it was hard to stop and because I wasn’t riding my usual outlet for stress and strain was closed off.

So, yes, I was pretty pathetic for a while. But I’m a horsewoman and hope has raised its head again. A week ago, my vet x-rayed the joint and saw only good things. In a few more weeks I can climb back on and start slowly, cautiously bringing Steve back into work. I don’t know what the future holds for us. If he can return to his usual job of carting me over big jumps, I will be ecstatic. Anything else…well, I’ll deal with it if it comes. Hope is hard to hold onto, but we really, REALLY need it because these gorgeous, maddening creatures are so fragile.

Hold on to your hopes and dreams. Horses are one of the best parts of our lives and the great joy we get from our partnership with them is too often tempered by sadness, frustration, anger, or grief. I don’t know how all of this will turn out with Steve but if I am lucky enough to have him back again, sound and happily jumping, I have promised myself I won’t squander it. Sometimes it doesn’t seem worth it, and I understand why people give up after losing a horse or having one become only pasture-sound. I lost two horses within the space of two years and it was a terrible time. But I’ll continue to hope, and dream, because I know the bad always comes with good. That joy we feel, whether it’s successfully navigating a big course, finally nailing those tempi changes, or simply wandering through the woods on a happy horse, patting his neck and saying nonsense to him while your dog runs through the trees…well, that is worth anything.