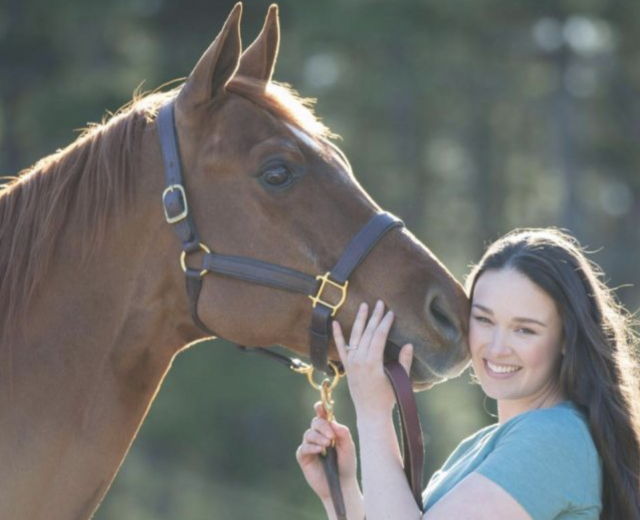 Meet 2021 Mongol Derby competitor Kayleigh Davenport. In August, Kayleigh will embark upon the ride of her life — the Mongol Derby, widely regarded as the toughest horse race in the world.

In August 2021 SmartPaker Kayleigh Davenport will embark upon the ride of her life: the Mongol Derby, widely regarded as the toughest horse race in the world. Inspired by the Genghis Khan’s original “pony express,” there’s no trail or set route, just a series of GPS checkpoints/horse exchange stations to hit over the course of 1,000 km and 7-10 days. Riders carry only 11 pounds of gear, rely on nomadic herding families for sustenance and shelter, and spend their days riding at speed on native horses who are equal parts incredible AND incredibly unpredictable.

SmartPak was a strong supporter of NM’s own Leslie Wylie when she tackled the race in 2017, and now we’re excited to cheer Kaleigh on! Over the coming months we’ll be sharing her journey to the race. First things first — let’s get to know Kaleigh better — and who better to interview her than Leslie! 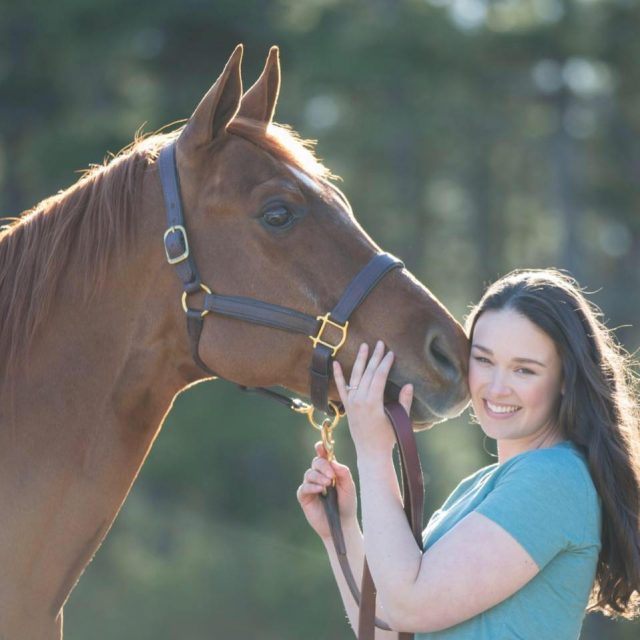 LW: One unique thing about the Derby is that it draws competitors from all walks of life. There are not just endurance riders represented, but riders from every background imaginable. There have been eventers, ranch hands, jockeys, polo players … last year’s winner, Bob Long, was a 70-year-old self-described cowboy. The Derby is truly a universally humanizing experiment in how horses bring us together across a whole globe’s worth of geopolitics and ideology. Out on the steppe, at the end of the day, we’re all just people who love horses. I think SmartPak stands for a similar feeling of unity that transcends disciplines, which makes you a pretty perfect representative. Can you tell us a bit about your equestrian background, which from what I understand is pretty diverse?

KD: I am a self-proclaimed discipline hopper and am always looking for a new adventure. Both my mother and grandmother were equestrians so luckily, I didn’t have much of a choice. I started out doing open shows and 4H along with local barrel racing and gymkhanas. As a teen I started showing competitively on the AQHA circuit. This is where I like to call home when anyone asks, “so what kind of riding do you do?”– AQHA all-around girl at heart! I studied at Stonehill College where I joined the IHSA team. During my time in IHSA I fell in love with the HJ/Eq world and began riding and leasing horses in this realm. Over the last few years I made it a focus to spend more time with my aging gelding (my heart horse), Comet, and slowed down a bit by doing a ton of trail riding and some hunter paces. Comet retired and went to live in Vermont with my family in the Fall. I quickly and unexpectedly fell in love with a 9-year-old cutting horse, “Spare,” and have once again discipline-hopped over to the cattle events. We are currently doing the Ranch Sorting, Team Penning and Ranch Riding while also legging up to do a few Competitive Trail Rides this summer. 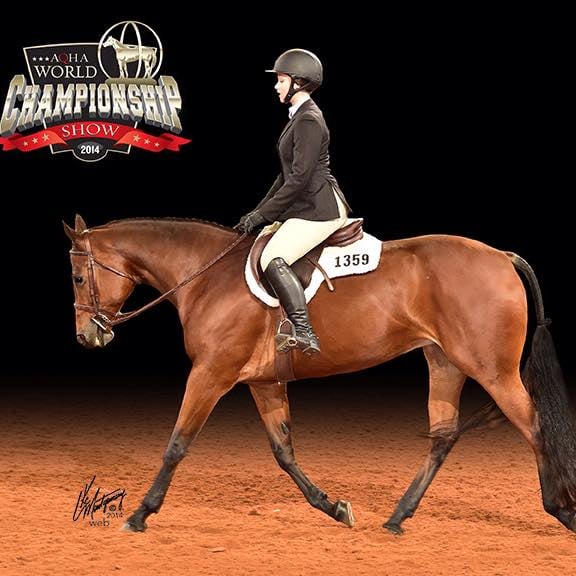 LW: My takeaway is that you’re something of a chameleon and able to adapt which is going to be a real strength for you, I think, because there is a LOT of adapting you’ll have to do in Mongolia! From the culture to the horses, no matter how hard you train for the Derby, nothing in the western world (and I mean western as in geographically, not as in the western discipline!) can quite prepare you for what is coming your way. Speaking of preparation, what sorts of things have you been doing to get ready for the race?

KD: It has been a life changing experience already, just getting prepared for the race. I got accepted to the Derby in May of 2020 and quickly strategized my training regimen for the next 14+ months. In terms of riding time I have certainly increased my hours in the saddles by dedicating more time out of the arena on longer treks with my personal horses. I am lucky to have some great friends, with some quirky horses I have been able to borrow for more of a challenge — I never turn down an extra ride! I have also traveled a few times out to the west coat to ride with Stevie and Dylan Delahunt (Derby veterans and Adventurer Extraordinaires) and their amazing string of endurance horses for multiple long and challenging days in the tack.

I have drastically increased my physical fitness routine as well. I have partnered with Dr. Alison Hartman and her equestrian focused fitness coaching, EQ-Fit. In addition to being a physical therapist, she is also an accomplished equestrian so she has created workouts specifically tailored to the bodies of riders. I am dedicating at least five days per week to these workouts, being a combination of strength training and cardio.

Something interesting that I have also been consciously trying to prepare for is my mental fitness. Before this, I have never been the type person to take the time for meditation or getting into a deeper head space in terms of my riding, or even day to day life. I have started to meditate over the last year and have been trying to become more aware of the process and the opportunity I have been given and turning doubts and anxiety into excitement that is fueling my fire. I believe at the end of the day, through all the physical training, mental toughness is what separates a good athlete from a great one. 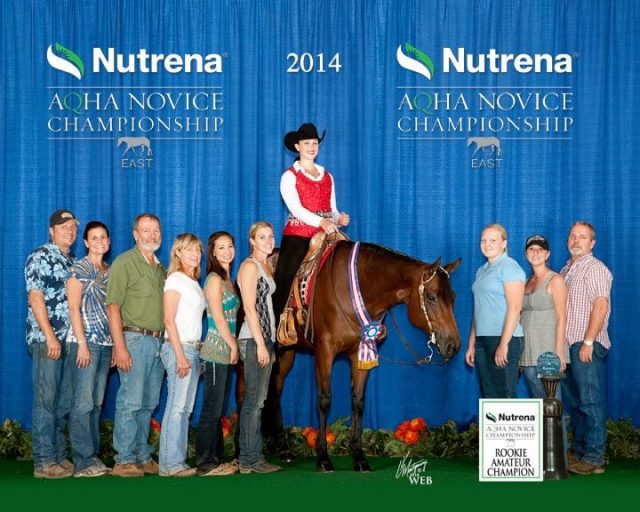 LW:  It sounds like you’re doing all the right homework, and that you’re bringing self-awareness and honesty about your strengths and weaknesses to the table which is so important. You have to get real real with yourself out there on the steppe. Are there any elements of the Derby that you’re particularly excited about? Or, alternately, you’re feeling trepidation about?

KD: I am so excited for the whole experience! I haven’t had the opportunity to travel abroad much in my life so I am especially excited to not only go to the other side of the world, but to a country where the horse is such a key factor in the culture. I cannot wait to be galloping from ger to ger through the gorgeous landscape of the steppe. While the competitive side of me won’t let me forget this is a race, I am making it a priority to fully take in the culture during this experience.

I think I am most anxious about the (many) factors that are so unknown and unpredictable. I have heard some horror stories about GI problems and stomach bugs wiping out half the derby field as well as being swallowed up my an invisible marmot hole. 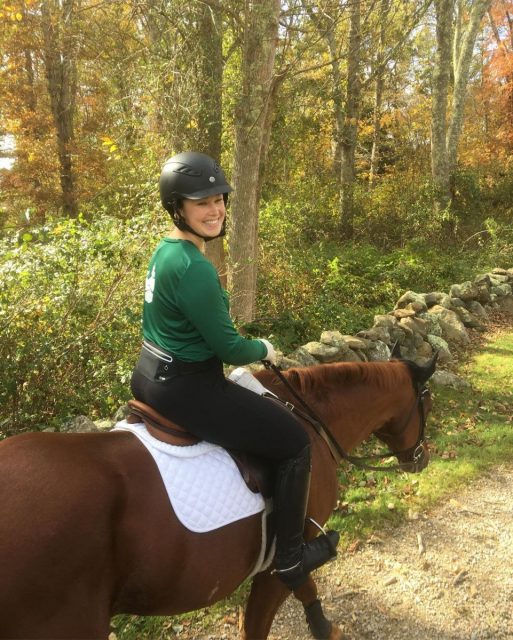 LW: Oh wow, you’re in for such an adventure! I’m so glad you are committed to taking in the cultural experience. Win, lose or draw, that’s the reward that nobody (or, rather, no homicidal pony) can take away from you.

As for the food, it’s no PF Chang’s but I kind of loved it, honestly. The goat meat I could do without, but so many yummy noodles and sweet rolls! I definitely gave away my lead there at the beginning a few times due to, em, “carb loading.” And the dumplings were an absolute revelation, cloaking whatever mystery meat was on the menu in hand-rolled, pillowy dough so we didn’t have to look at it. Some of the swankier host gers even served them up with off-brand ketchup, a delicacy I liked to refer to as “wilderness ravioli.” Try training your stomach for the airag, a ceremonial Mongolian beverage made of fermented mare’s milk, with a shot or two of some old yogurt that’s been left out in the sun for a few days. It’s not too bad.

The marmot holes, however, I can’t help you with. You’re probably going to fall in one. Sorry.

One more question and then we’ll wrap this up: on a scale of 1 to 10, what is your pain tolerance?

KD: I would probably say my pain tolerance is about an 8, I would classify myself as a pretty tough cookie — especially when there is a goal in sight!

Go Kayleigh! Keep an eye out for future updates, and as always we encourage you to support SmartPak, a company that — no matter how big — never ceases to encourage us to go after our dreams. Follow SmartPak on social: Facebook, Twitter, Instagram.