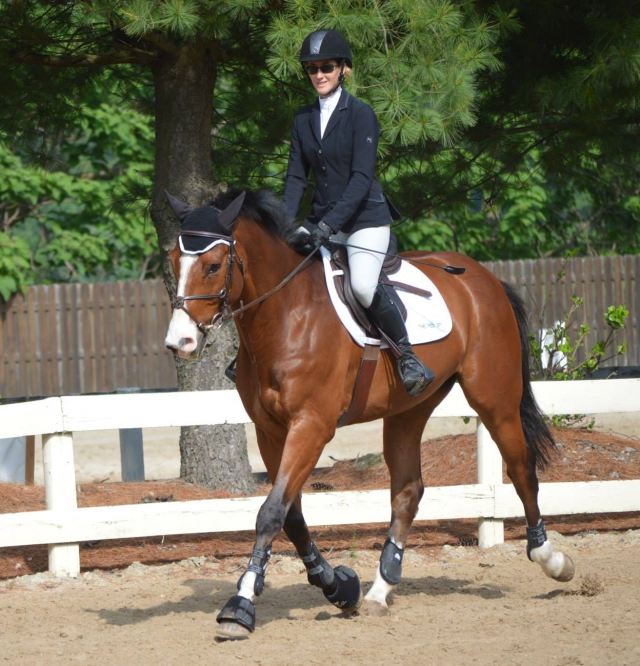 April 9, 2021DeAnn SloanSusan Glover#HORSE SHOWS, Best of JNComments Off on Best of JN: How To Make Horse Shows Better

Did you know the mileage rule has been around since 1972? In this week’s best of Jumper Nation, Susan Glover discusses what can be done to make horse shows more easily accessible for the amateur rider.

There are a lot of things we could change in the horse show world. I think that if we could change one thing that would make it easier for amateur riders to participate, it would be getting rid of the mileage rule. A quick google search shows that this is a hot topic and has been ever since the rule was first inaugurated in 1975. Now, under the province of USEF, the rule requires two or more events held at the same level of competition on the same dates to be a certain radius from each other. This number differs depending on the event; for rated hunter/jumper shows it can be anywhere from 40 to 250 miles.

The reasons given for the rule when it was introduced were to promote top levels of competition by allowing only one choice for competitors during this or that week within the allotted distance. It also was meant to motivate event producers to locate their shows in different places, spreading out to take advantage of the lack of other shows in non-traditional areas. Instead of a bunch of shows in the usual places, there would be incentive to find under-used regions and establish entirely new events. Both of those reasons sound reasonable at first glance. What the mileage rule seems to have done, however, is something that ends up hurting the competitors more than anything else.

If I am holding an AA show and I don’t have to worry about Bob’s AA Show down the road taking my business because of the mileage rule, my big classes are going to have big riders all competing against each other, not split between My Show and Bob’s Show. Where is my incentive to make my shows amazing, affordable, and accessible for the competitors? I have my allotted dates throughout the year and there is no competition from other venues in my area. People are going to come to my show to get the points, be part of the competition year, and acheive the rankings because they can’t go anywhere else to compete unless they travel outside of the radius.

Of course, this doesn’t mean that all of the shows that fall under the mileage rule are run poorly or overcharge their customers, but there are a lot of these problems at many of them! It is ironic that in a country where basic business regulations prohibit monopolies there is acceptance in the horse show world of what are essentially monopolies. If I want to charge extra fees, higher stall rates, higher division costs, spend a little less money on client amenities at My Show, I can do so without worrying about losing business. I don’t have to worry about competition from Bob’s Show because they can’t hold their events during my dates. In 2006, the rule faced a court challenge, with the plaintiffs arguing exactly that: the Mileage Rule constitutes a monopoly. The court ruled, more or less, that it wouldn’t tell USEF what to do and it could exercise its own discretion with regard to its own rules. Hmm.

Since then, there haven’t been any more legal challenges, but this past winter there was a big kerfuffle when the World Equestrian Center (WEC), with one extremely successful venue already in action in Ohio, announcing that it was planning to run a winter series at its new venue in Ocala. WEC originally received an exemption to the Mileage Rule for four weeks, as it is in close proximity to the HITS Ocala show, which is also run during the winter season. WEC announced it was going to hold all 12 weeks, and that the extra 8 weeks would be run not under USEF but the National Snaffle Bit Association (NSBA). Wow, what a bomb thrown into the ring! USEF countered by withdrawing its exemption; this meant that no USEF points or rankings would be accumulated by competitors, in effect un-sanctioning the competition. WEC countered THAT by saying Fine, we will have all 12 weeks under the NSBA. Plus, we are offering free stalls! They highlighted their already lower fees and the wonderful slate of amenities at their state-of-the-art, brand new facilities, and so on. Overall, one could say WEC was thumbing its nose at USEF. It also began collecting outside sponsors, like Coca-Cola, enabling WEC to depend less on competitors to cover costs.

For a couple of weeks there was a lot of sound and fury, signifying lots of nothing. Meanwhile, people were signing up for the WEC shows, selling out of space for many of them within days. Cheap(er) shows! Great footing! Good prize money! Beautiful barns and grounds! Social media saw a storm of criticism of USEF, with many people saying they didn’t care about the points, were sick of paying all sorts of fees for USEF membership and not getting anything out of it, and really just seeming excited to have an affordable, fun place to show where they didn’t feel like they were being gouged from start to finish.

Finally, a deal was reached where USEF agreed to withdraw its request to the FEI to declare the WEC Winter Spectacular as unsanctioned, which removed the threat of penalty by USEF or the FEI from competitors who show at WEC. WEC, in turn, agreed not to hold any new shows without getting USEF sanctions first. Play nice, everyone!

So far, WEC-Ocala appears to be everything people wanted, and the entire series was packed with competitors. Prizes for the big classes included things like a car for the winning junior and a $100,000 trainer prize (along with lesser amounts for the other placings), for the WEC Premier Equitation Cup. Every week sold out. The facilities and amenities were raved about by those who attended the shows. Numbers at WEC for the Grand Prix and other big classes were generally higher than at HITS Ocala.

It’s not hard to see that people’s priorities are on the side of spending less money and getting more out of it, minus the ability to collect USEF points. I’ve always thought it would be a blast to go to Florida in the winter but couldn’t see myself spending tens of thousands of dollars to do so. WEC is of course still expensive; this is horse showing, let’s not forget! On the other hand, it widens the field of those who might be able to spend a week or two at a big, fun show because it is less money overall. I know a few people who had never gone down to Florida before who spent a few weeks at WEC and are already planning to return next winter.

My own journey in the ammy owner jumpers has sent me into a space where I will happily go to an unrated show if they offer the level I want, the footing is good, the fees are reasonable, the jumper ring is run well, and the courses are well-designed. Prize money sweetens that pot, but if my bill at the end of the day is three to four times less than a rated show offering the same levels, neither prize money nor points are going to make that math work out, so I go to the unrated show. I used to care about points a lot more, but the benefits have gotten so much less than the costs that it seems silly to have that as a priority. There is one show series in my zone that I refuse to attend even though they offer a lot of shows from spring to fall. When I competed there, I found that despite the high costs the stabling isn’t great, the jumper ring was run so badly it was shocking, the office people were rude and unhelpful, the prize money was fairly meager compared to other shows, and, perhaps worst of all, the footing was so hard on my horse that even with only doing one class a day I had to cold-hose his legs and then pack his feet every night. Instead, I go to other venues and shows that offer me better…well, everything, and cost less.

The thing is that I am a pretty typical ammy in a lot of ways. I’m not a big deal jumper rider with a string of High AO jumpers; I have only one horse, and I only show one to two times a month during the spring-fall season, and then try to get out to schooling shows once a month in the winter. I compete because I love it, I have a great horse, and I am lucky enough to be able to afford to do this sport, albeit in a somewhat limited manner. Because I don’t have a lot of disposable income to spend on showing, however, doesn’t mean I don’t deserve the same treatment as those spending all winter in Florida, and then continuing to show on the circuit back home, wherever that is, regardless of cost. I’m more representative of the rank-and-file ammies who dutifully pay USEF and USHJA fees every year and are increasingly wondering why.

So, USEF: get rid of the mileage rule and let events rise or fall on their own merits. Or, keep it and watch your membership continue to dwindle while the mass of competitors like me seek out non-sanctioned shows that cost less and treat them and their horses better.