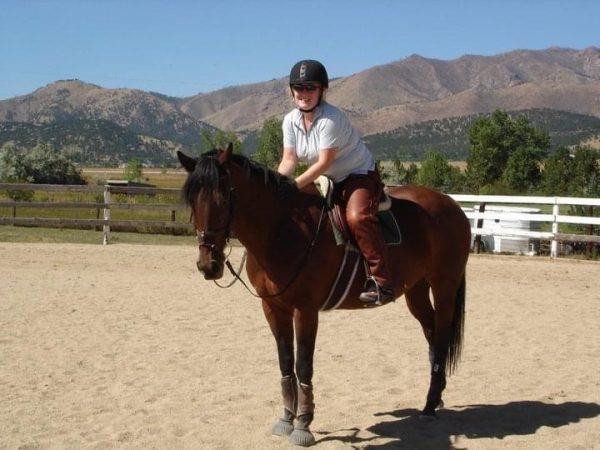 Originally published in the SmartPak blog and written by Jessica Knox.

Sometimes life gives us lemons and we can make lemonade, and sometimes we just can’t make sense of those lemons.

Everyone goes through rough patches, and mine was back in the late 2000’s when a series of challenging events took place back to back. We lost my grandmother in December of 2007 to a sudden stroke, and then my grandfather just three months later of a heart attack in 2008. My little close-knit family of five was now down to three. In 2009 came the painful end of a long relationship that left me reeling to say the least. I decided it was time for a fresh start and a new life, and I packed up and decided to move across the country to Colorado. I was born there and lived my very early years there and had always been drawn to it. It’s a beautiful state and I had always felt a calling to experience the lifestyle out West, so what better time than now? 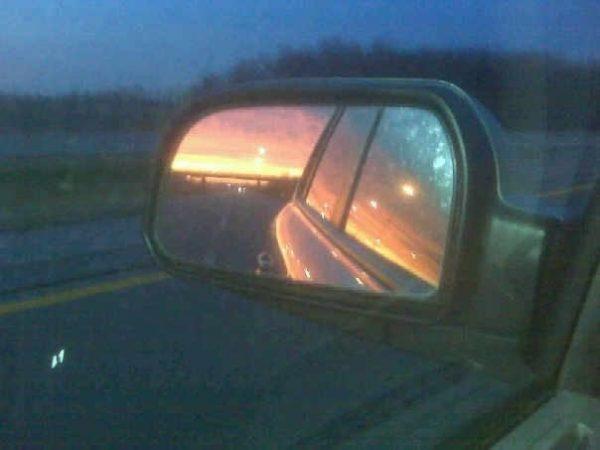 I arrived and got settled, started my new job, and awaited the arrival of my beloved horse that I’d had for fifteen years as she was shipped across the country. Having her out there was going to be the last piece of the puzzle of my new life. I was ready to see a familiar face, hear a familiar nicker, and be able to spend some quality time at the barn again.

I won’t and can’t bring myself to go into detail, but tragically, she didn’t make it. The details are too difficult for me to speak about or even write about eleven years later, but when the truck arrived, she had passed away. My whole world was crushed beyond belief. Here I was, trying to make a new start, in a new state, thousands of miles away from my sad memories, and now I was consumed by immeasurable grief once again. Not only was everything just too much to deal with, but for the first time in about 25 years I didn’t have the quiet solace of a stall to crawl into to quietly sob while my horse munched hay, or the familiar texture of a soft mane to catch my tears as they slid down my cheeks. I also didn’t have the delicious smells of a pie cooking in my grandmother’s kitchen, or the boisterous laugh of my grandfather to cheer me up. I didn’t have a boyfriend’s comforting arms to fall into. I was alone, far from home, where everything seemed unfamiliar, and everything seemed like a new insurmountable challenge daily.

The truth is that you really can’t run away from your problems, and I realized that is what I had been trying to do but it wasn’t working out. At that point, my lowest point, I swore off horses – the one thing that had always been my rock and my haven. I quit my job at the local tack store and gave away my horse stuff. I was done. It was just too painful.

A few weeks passed, and I felt more lost than ever before. The biggest part of my life was now gone on top of everything else, and I was missing it so much. I slowly began to realize that maybe it was ok to open myself up to somehow including horses in my life once again. It wouldn’t be sacrificing my mare to allow myself to love horses again, and maybe it was the one thing that could start to heal my grief. The guilt I was feeling that said that someone like me probably didn’t deserve to have horses in her life was slowly fading. Just because a tragedy had befallen my mare didn’t mean that every horse I touched would encounter the same fate. It wasn’t my fault. 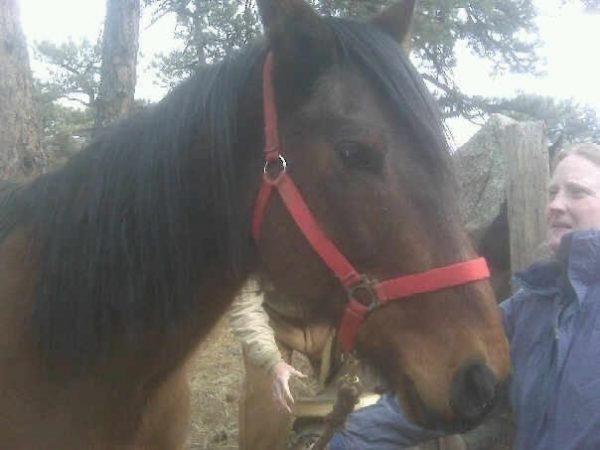 I had a dream that I was galloping through a meadow on a bay horse, and that my mare that had passed had sent her to me so that I’d be happy again. That next day I thought it wouldn’t hurt to just “browse,” so I went on Craigslist just to “look.” I saw an ad for a little plain bay mare for sale cheap, as her owners were moving and couldn’t take her with them, so I contacted them and set up a time to go meet her. A friend who showed fancy hunters and jumpers volunteered to go with me (probably to stop me from doing anything crazy!). We drove up to an unassuming small farm where we were met by Breeze’s owner who remarked that they couldn’t catch her, so they had to lure her into the shed with some food.

Nothing had been done with her in three years and she was slightly lame, shaggy, and a bit underweight. They didn’t know much about her other than that she had been a ranch horse for several years, and they had bought her to trail ride but hadn’t found the time. I took a short ride on her around the field and she was pleasant and well-behaved. I wasn’t sure what I was looking for, but something told me to take a chance on her, so I told them I’d take her. My friend was a bit surprised (are you SURE, Jess??), but I’m the type of person that thinks everything happens for a reason, so there you go.

A couple of weeks later, here we were, Breeze and me. Even though she was a good girl, I could tell she had some demons. She was very anxious when tied, and she had big, deep scars across both of her back legs from what looked like a prior accident. She’d never worn a blanket and was very suspicious of everything you did to her. Still, slowly we learned to trust each other. Over the next few weeks and months her eyes became softer, her limp went away, and her coat started to shine. Her topline slowly developed, and she grew to enjoy the attention. We started exploring the trails all around the ranch on quiet evenings and lazy weekends. With every mile and every gallop, I felt the pain, the grief, and the guilt start to release. Horses were just part of me, and I never wanted to let that go again. Mares usually don’t wear their heart on their sleeve and you must work for their affection, but she told me in little ways that I had helped her too. She’d lay her head on my shoulder and always did everything I asked of her. She brought back my world. 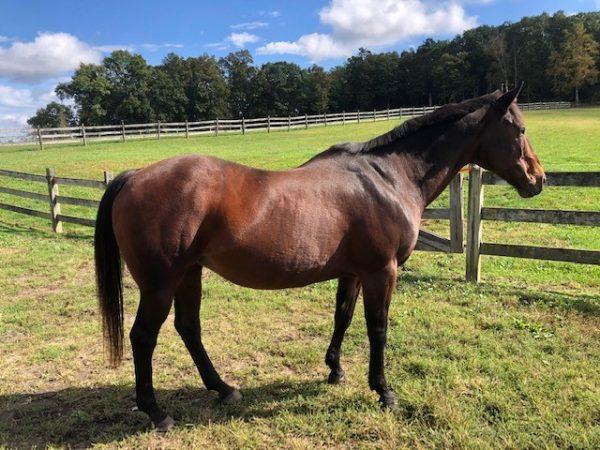 After my two and a half year Colorado adventure, I am now back home on the East Coast where I call home. Life is much happier these days and I only see a bright future ahead. I don’t regret my life changing decision to move out West, and I’ve learned so much about myself in the process. Life isn’t always fair, but we need to be able to move on after tragedy and find happiness somehow. The scars of my tough times will always be with me, but I’ll never again take for granted the echo of horseshoes on concrete, the satisfying crunch of a carrot, or the sentimental scent of saddle soap. My 10-year-old-horse-obsessed-self would be so proud that I didn’t give up on my passion.

Breeze is retired at my home where she will live out the rest of her years being pampered and never wanting for a thing. It’s something I couldn’t give to her predecessor, so in her honor I will be there for Breeze until her last breath. I owe that little bay mare everything. Someday, when it’s her time, I know she’ll get to meet her friend in greener pastures and perhaps they’ll go for a nice long gallop together.

You can find this and more stories on the SmartPak blog. Go SmartPak and go riding!