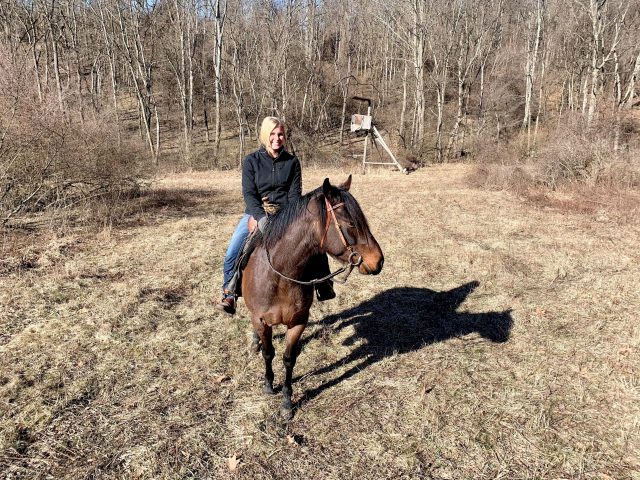 “Payco started snorting, so I prepared for the worst. I was not — and I repeat, I WAS NOT — ready for the worst.” Marcella Gruchalak takes Payco out on his first solo trail ride.

Baby brain — it’ll sneak up on you, and when it does you most likely won’t be prepared for it. I experienced this first hand with Payco while on our first solo trail ride. I should have known better; I should have been paying attention and not gone off day dreaming about how lovely the weather was, but in my defense, he was doing SO well! 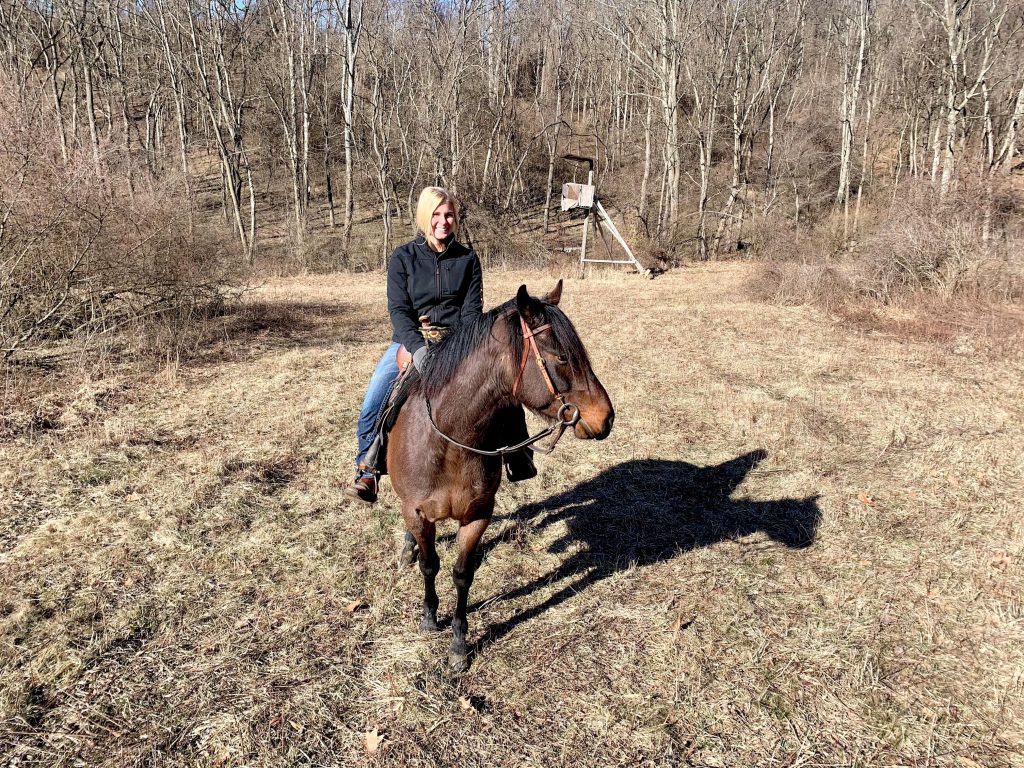 We started down the driveway and everything was going smooth as butter. No buddy sour issues, no behavior issues or freaking out trying to get back to the barn. Just a nice steady walk down the driveway with the dog healed beside us.

We got to the bottom of the driveway and I won’t lie, I was a tad nervous because there was a loud pressure washer running. We passed it and Payco wasn’t even phased by it. Whew.

Just when I got the urge to relax, here comes a motorcycle down the street we were about to cross. Yay, we’re totally going to freak out at this. My anxiety peaked a bit. Payco, didn’t even glance twice at it. Who’s got the young mind here?

All continued to go well. We walked half way around the field with no issues. Down the hill, onto the flat side, past some hay bales and farm equipment, cruising along like I’m riding a seasoned horse. This is the part where I really started day dreaming.

We approached the golf course, which is only separated by the change of line in the grass. It was a busy day on the course and there were many golf carts zipping by. I stopped day dreaming and began paying attention to Payco. Again, Payco didn’t bat an eyelash.

Back to daydreaming. The wind started to pick up and this is where I should have been paying attention. There, on the side of the field were — STICKS.

The wind was howling and these sticks were the scariest object Payco had ever encountered. He took one look at them, spun quickly on his hind end and took off like a bat out of hell in the opposite direction. Yee Haw, Cowboy, I was in for a ride.

It honestly wasn’t as awful as I’m making it out to be, but for the approximately three seconds and about four strides of Payco running with his butt tucked under him like a scared dog, my brain was trying to process what the crap just happened.

I utilized the good ole’ one rein stop and back to the sticks we went. Within these few seconds, the wind died down and Payco walked right up to the sticks like he’d never spooked at them. Seriously, dude? 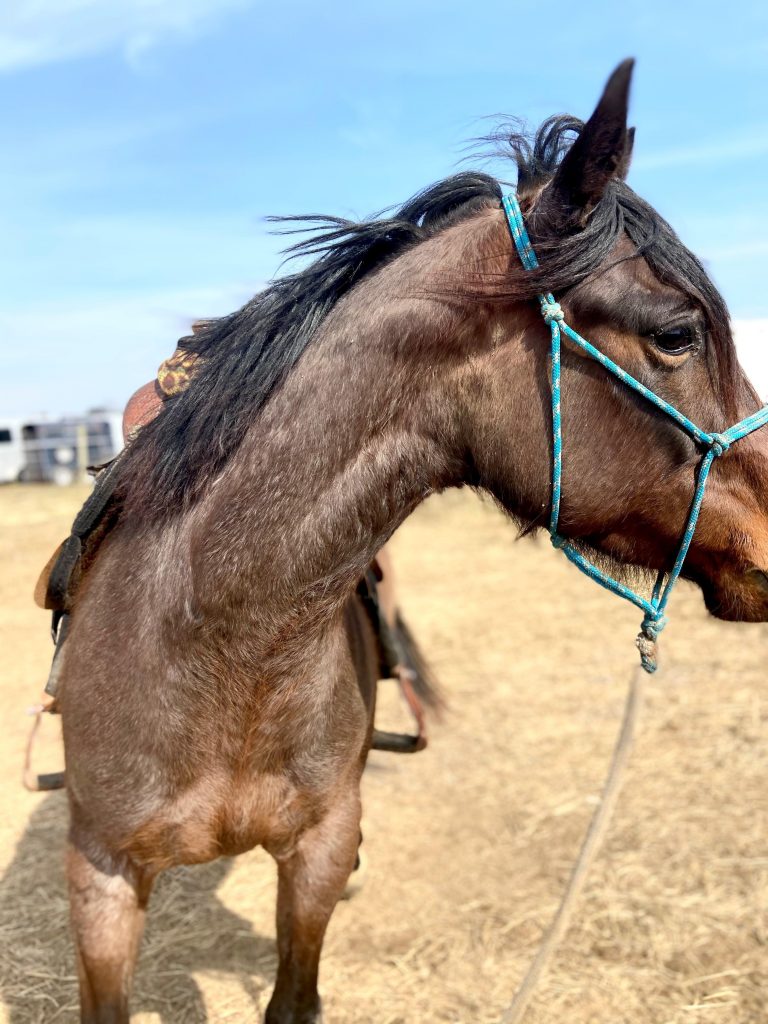 I was on high alert now. NO MORE DAY DREAMING I told myself.

Payco and I just moseyed along. We passed more hay bales without an issue, stared down some cows who gave us friendly moos, easy-peezy and rode next to old, dried up corn stocks. The wind was blowing the corn stocks viciously and I thought, “He’s gonna lose it again, but this time I’m ready.” Payco did not lose it again.

At this point in the ride we were passing a house on the far end of the farm property that scares even the most seasoned of horses. There’s a lot going on at this house. Junk everywhere, kids yelling, dogs barking, the house and all that it offers is enough to scare riders.

And, cue the wind. GREAAAT.

Well, the mother, looking out the window, saw what was happening, opened the door and started yelling at her son to stop jumping. That was enough to send Payco running. At that moment, I had to cowgirl up because the spookiness and all its glory doesn’t stop there. Shooting out from the door came the Chihuahua, barking like a maniac. And, we’re GONE.

Hold on, mom, I’m goin’ fast! We rounded the corner and I used the gold ole’ one rein stop again. Payco looked back snorting at the yard, quickly gathered himself and went back to being calm.

On the last stretch we walked quietly. The horses in the field picked up and started running full speed around and around in circles and Payco just walked on quietly back to the barn as if he’d never spooked during the entire 25 minutes we were out.