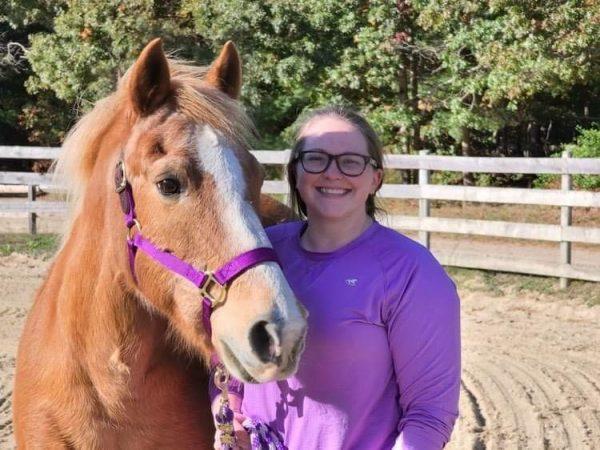 “I know that the time I have with her will not be as long as if I were to get a young horse…But I wouldn’t change anything and feel lucky that I get to keep her through her golden years until her time is done.”

“Can you even do anything with her?”

“Is she going to even be around that long?”

These are just some of the questions that I was asked when I told people about adopting my horse Roxy. Some people thought it was a great idea, and others… well, they thought I was crazy. Which maybe I was, but I knew Roxy was the horse for me. 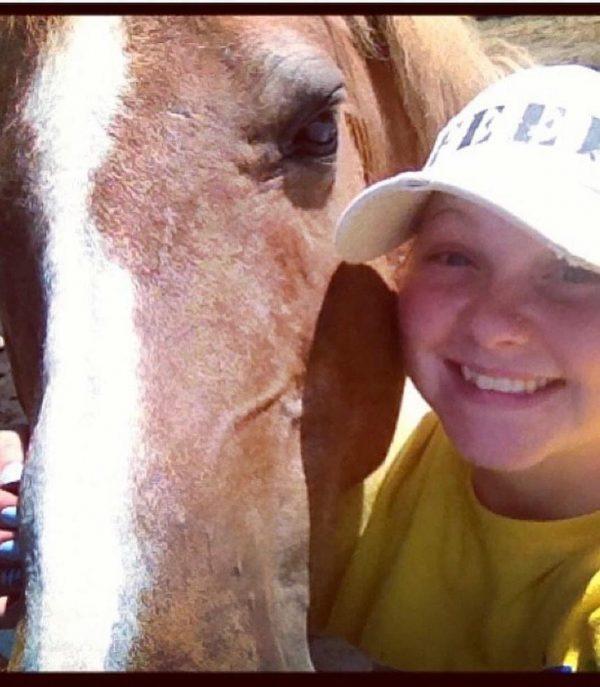 It first started back in 2013 when I started volunteering at a Therapeutic Riding Center, and that is where I met this cute Haflinger named Roxy. She was the barn go-to for some of the more difficult lessons and just an all-around great horse. She is patient, on the shorter side (which is great for Therapeutic Lessons), and so adorable (she smiles on command!). It was easy to fall in love with her, but over the years she and I became very close. I started to teach lessons myself, and I loved having Roxy in my arena. Even though all the lesson horses were great, there was just something about her that I felt most comfortable with.

As the years went by, Roxy started to grow older and knew that it was going to be time for her to retire from the lesson program. Not because her health was bad, but more because she had done a great job for so long, that it was time for her to just have her one person and live out her golden years without having to do lessons. When the barn managers were starting to work on her retirement plan, I knew I had to have her. No matter what, I would do what I could to give her the best home I could. She had done so much for me and I wanted to give that back to her. This is when I was given first rights of refusal for her, so when the time came, I would get the first decision if I could take her or not. Once that happened, I was known as Roxy’s “almost Mom”. 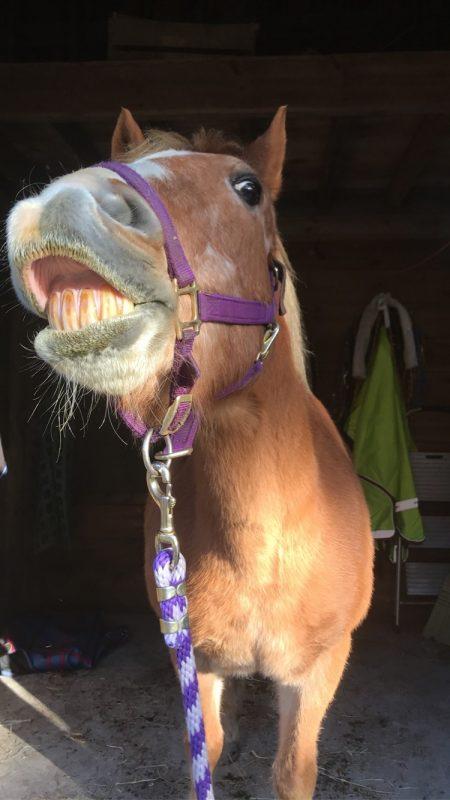 When I started to tell people that I was going to take her when she retired, that’s when the questions started to come due to her age and me having never owned my own horse before. Any time I mentioned the word retire people assumed that meant that she was not able to be ridden anymore and would just be a pasture pet, but that was far from the truth. She still has so much life left!

Getting frustrated with people questioning me so much and trying to convince me otherwise, I decided to change what I said on why I was getting her. Instead of the word retire, I said that I was going to adopt her since it was time for her to be done being a lesson horse. Doing this did help, and fewer people thought I was crazy for adopting a senior horse and were just excited that I was finally going to have my own horse! I knew that adopting her would be a challenge — she has Cushing’s Disease, she’s a senior, and she had not left her home in over 12 years. But I was ready for those challenges and was willing to do whatever she needed to be happy and comfortable.

On October 22, 2020, I finally got the call that I could take her if I wanted. I cried so many happy tears and immediately arranged for Roxy’s transportation to her new home—with me! Two days later, Roxy was on my friend’s trailer and heading to her new barn. For me, I wasn’t looking to get a big show horse, or a young horse that I could train. I just wanted a horse that I could hop on whenever and just enjoy being in the saddle, and Roxy fits that bill perfectly. She’s at an amazing barn that takes great care of her and is so happy! Even the vet that Roxy has had for over 11+ years commented on how happy she looks.

We love going on some of the shorter trails around the property together, and the way she acts, you would never realize she’s 25! I know that the time I have with her will not be as long as if I were to get a young horse, and I won’t be able to do a lot of things that a young horse can. But I wouldn’t change anything and feel lucky that I get to keep her through her golden years until her time is done.

You can find this and more stories on the SmartPak blog. Go SmartPak and go riding!